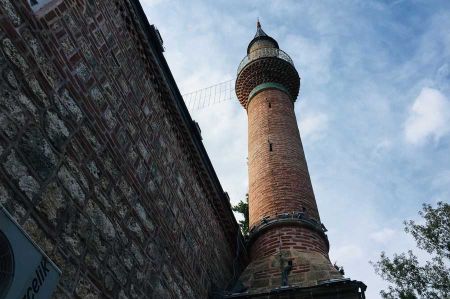 In addition to the Turkish provinces of Bursa, Sakarya, Bolu, Kütahya and Eskişehir, which are all known far beyond the country's borders due to some products or events (Bursa for large industrial collections, Kütahya for porcelain factories), the province of Bilecik with the provincial capital of the same name of the Marmara region is almost Completely unknown and that despite the close proximity to the mentioned provinces.

Bilecik also has a settlement history that goes back more than 2,000 years before Christ, but which is neither well researched nor adequately documented. Only from records we know today that Thracian settlers called the city Agrilion or Agrillum, while Greek settlers called it Belikoma. Between 1550 and 1400 BC, Bilecik was the territory of the Egyptians, followed by the Hittites between 1400 and 1200, the Phrygians from 1200 to 676 BC, the Cimmerians between 676 and 595, the Lydians between 595 and 546, and the Persians between 546 and 334 , followed by the Macedonians, then the Bithnians and the Romans, who ruled here between 74 BC and 395 AD. The Byzantines were the masters here until around 1299, with small interim periods through the Umayyads and Abbasids. The Romans also used the name Agrillum to rebuild the city.

The mountain festivals near Bilecik

The exact time of the mountain fortress near Bilecik is still largely unknown. There is also little that has survived on the myth of the “grave of the king's daughter”, who is said to have once lived in the castle. Only the ladder carved into the rock to climb the castle ensures the mythological continuation of the story. Unfortunately, there are only a few remains of the castle complex, so that even researchers have reached their limits.
The river Karasu, named after its mouth city on the Black Sea, flows along the provincial capital Bilecik. It cannot be determined whether the river gave its name to the city or, conversely, the city gave its name to the river. However, as is quite common in Turkey, there are several rivers with the same name, the most important of which is the Karasu in eastern Turkey, known as the headwaters of the Euphrates.

Similar to Kühtaya, however, there is also a strong porcelain production in Bilecik with numerous manufacturers. The silk industry should also be mentioned at this point as a considerable branch of the economy, despite the city's only 39,000 inhabitants.

We have 282 guests and no members online