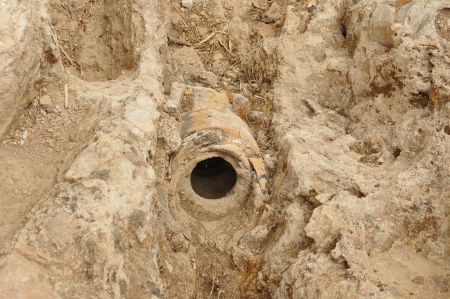 In the ancient city of Sagalassos, which dates back to 25 BC when getting under Roman rule, archaeologists working there examined a bathing complex and a latrine integrated into it,

which, as usual with the Romans, was equipped so that water continuously ran through them and flushed the feces into the local sewer. Later cultures then used the canal system as a composting facility. So the scientists collected samples from the still stored compost to have them examined in the laboratory. First, the lab had to sort the feces samples to eliminate those remnants of herbivores and humans. Finally, among the samples, they also found human remnants, which the team believes were stored there between 100 and 500 A. D.

In principle, the Roman canal systems functioned excellently, which contributed greatly to the prevention of epidemics in the cities, in contrast to the medieval cities in Europe, which in some cases had to be burned down due to lack of hygiene, in order to stop spreading diseases.
However, there must have been some mistakes in the sewage plant of Sagalassos, at least the conclusion of the team of archaeologists was, who are also interested in public health, which is why they examined their investigations in the Roman city in today's Turkey. 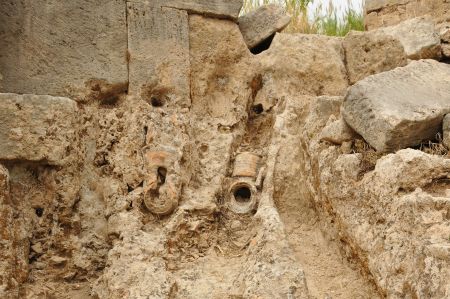 In each of these samples, the scientists found the eggs of a type of parasite called Ascaris, a roundworm that is rare in Europe but still infects more than 800 million people on Earth today. Individuals catch the parasites when they accidentally eat their eggs, from which larvae hatch, which then develop into worms, which in turn deposit new eggs in the feces of the infected person. Today we have quite effective drugs that can kill the worms. The archaeologists also identified other sources of infection, including the Giardia duodenalis, which causes diarrhea.

Both Ascaris and Giardia infections can be transmitted without causing any symptoms, so the archaeologists' research does not necessarily proof that the inhabitants of Sagalassos suffered from the worm infestation. Ascaris eggs are relatively common in archaeological finds, found in many specimens up to 3,000 BC. Prior to this publication, the oldest identified Giardia larvae in Europe were dated to the years 600 to 900 AD in Switzerland. This means that this new research results pushes its presence back a few centuries, much older samples were found in America as well.

Sewers were simply not well designed

The authors suggest that the infections may have been caused by unsafe food preparation, such as forgetting hand washing, the use of human waste as a fertilizer, or sick people bathing with healthy people. Other scholars have suggested that despite the Romans' call for technical skill, their sewers were simply not well designed and possibly regularly clogged. To really deal with parasites, technology and public health must go together.