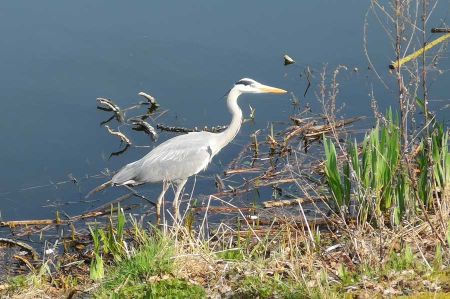 The Kemnader lake is located between Bochum, Witten and Hattingen and as a popular destination attracts outdoor fans from all over North Rhine-Westphalia.

No wonder, because the nature and leisure experience along the lakeshore is more than great. Thus, the ornithologist finds a colorful variety of waterfowl that invite you to take photos. The recreational athlete, focused on more sporting activities, can cycle, hike or skate.

Lake Kemnader is the youngest of a total of six Ruhr reservoirs. The construction of the reservoir was part of the planning of the Ruhr University. The lake is surrounded by extensive hiking and biking trails. The circular route around the reservoir is about 8 kilometers long and is very busy on sunny days.

Activities on the Kemnader lake lure into the open 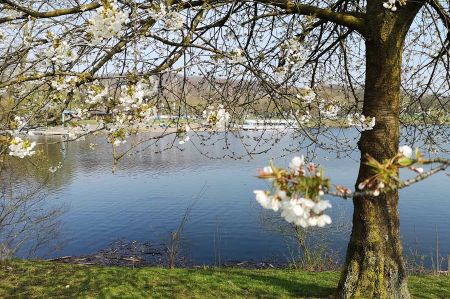 Anyone for whom sitting at home, perhaps even in front of the TV, is not a preferred virtue, will find an attractive range of possible activities here that is not comparable to none in the Ruhr region. You go for a walk, go biking, surfing, sailing, skating or use paddle boating. In recent years, the nearby parking lots on weekends were often so crowded that there was no free parking and there were even accidents between pedestrians, cyclists and inline skaters on the riverside walks.

Due to the high number of visitors it was even considered to create another lake downstream at Hattingen in the meantime. On the other hand, the river with its floodplains, groynes and hiking trails is also such a charming landscape.

Some notes on the history of Kemnader Lake 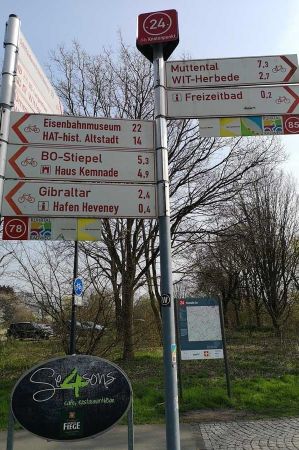 Already in 1929 it was planned for water management reasons, to stow the Ruhr between Haus Herbede and Haus Kemnade. Quick also a recreation area got in conversation. At that time, however, the advocates of the project failed. After the Ruhr University Bochum was founded in 1962, plans for a recreational area were more than just in demand. In 1966, the development of stowage projects was called by the state of North Rhine-Westphalia; However, the groundbreaking ceremony took place in 1976.

First, the later lakesides were created by piling sheet piles into the ground. Within three years, 3 million cubic meters of earth - the later amount of water - were mined and built a weir on the south bank. In the middle of 1980, the basin had run full of water and the opening of the lake was celebrated on September 18, 1980 with a festival for water sports.

In October 2009, it became known that the Ruhrverband on Kemnader See is building a hydroelectric power station. Construction began in spring 2010. The power plant, which works with a Kaplan turbine, generates up to 3.5 million kilowatt hours of electricity annually. During the 20 months of work, the circular route crossing the weir was of course closed. The work was completed in October 2011 and the power plant put into operation. It provides energy for the equivalent of 1,200 households.

Those who prefer to chill out by the lake rather than dealing with the technology of a dam will find picturesque viewing corners, cafes, barbecue huts, playgrounds and much more. Even the desire to swim or sauna is first-class breastfeeding - in the water park Heveney directly on the lake.

The Kemnader lake belongs to the theme route 12 - History and present of the Ruhr of the route of the industrial culture. As a destination of a bike tour through the most beautiful areas of the Ruhr region, the Kemnader Lake is well suited. The recreation area is also connected to the popular Ruhr Valley Cycle Route, which runs for a distance of around 230 kilometers from Winterberg to Duisburg.