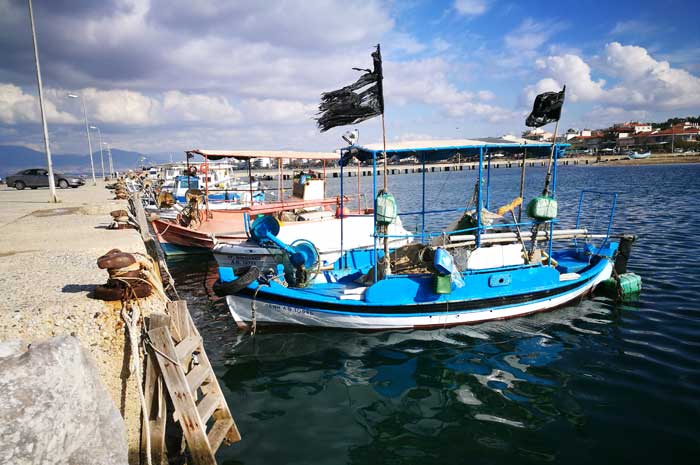 Back from Turkey with various activities and visits to Istanbul and Antalya, the glorious sunshine lured us for a bike ride along the promenade of Perea and Agia Triada on the bay of Thessalonica. 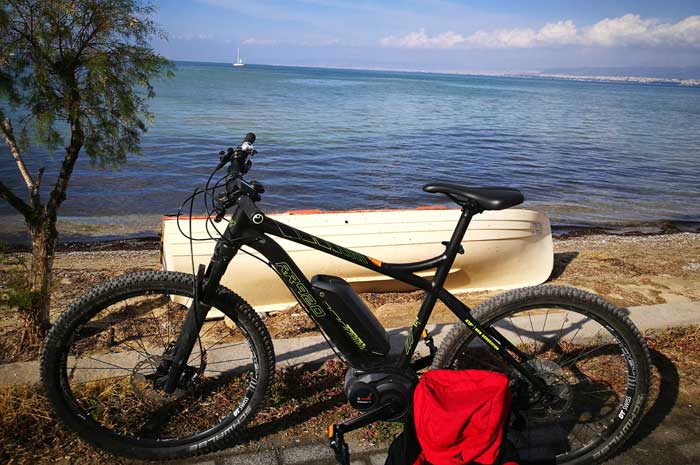 Despite the advanced season, there were still many local bathers on the beach and not only for sailing and sunbathing, but also for swimming in the beautiful clear waters of the bay, even if the photo shows a deserted stretch of beach. 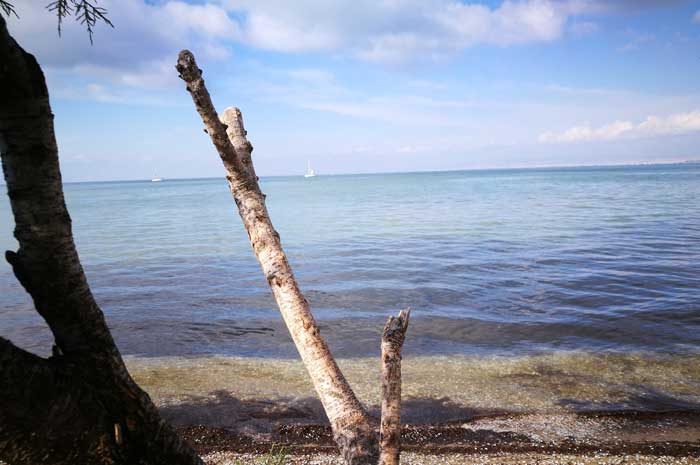 A rusty, old mooring point for fishing boats on the beach testifies of formerly numerous fishermen. 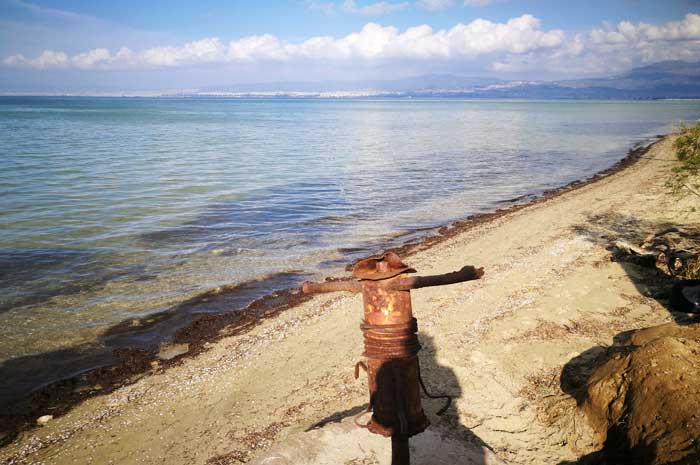 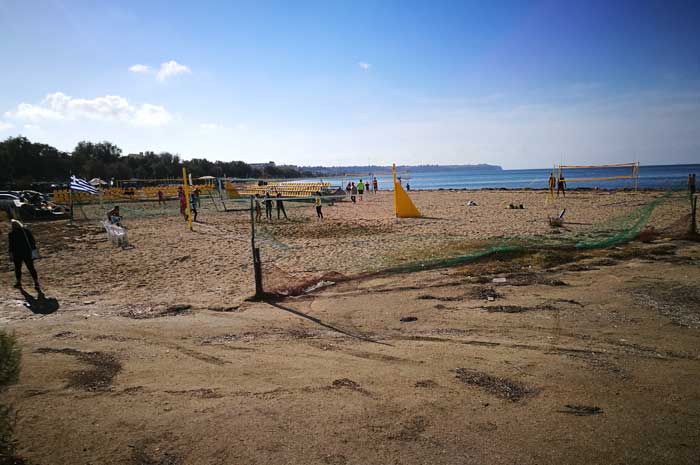 At the pier, the fishing boats bob in the light swell. 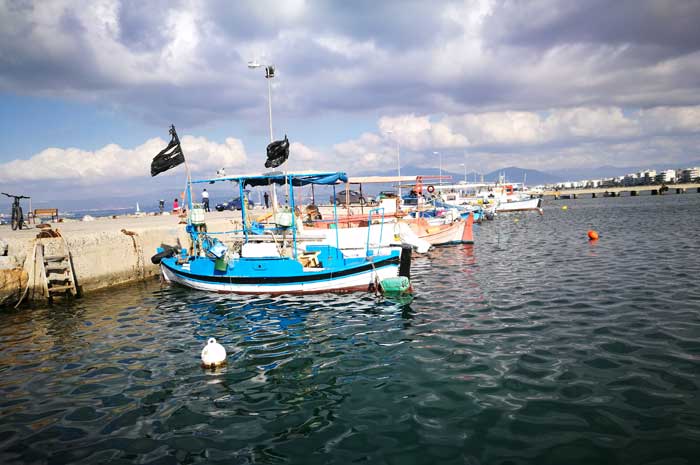 Despite rising clouds, it was still more then 30 degrees warm, so the short pants and T-shirt were the right clothing. 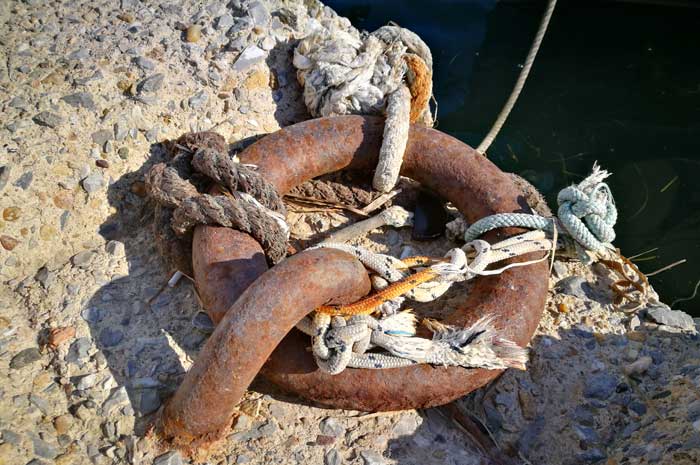 Another mooring point on the pier, from which the passenger ferry leaves to the city center of Thessalonica (at least during the summer months). 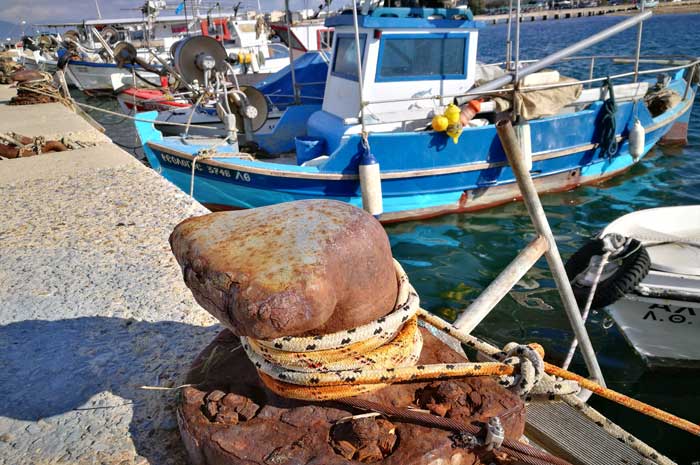 And another mooring point in the form of a bollard, which also shows strong corrosion spots due to the salt-laden sea air. 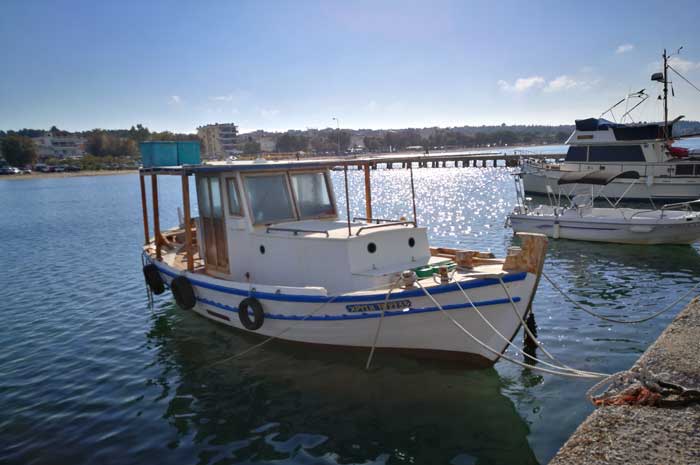 A typical fishing boat in the port of Agia Triada, a photo in the back light, so that the sun reflects on the water surface.