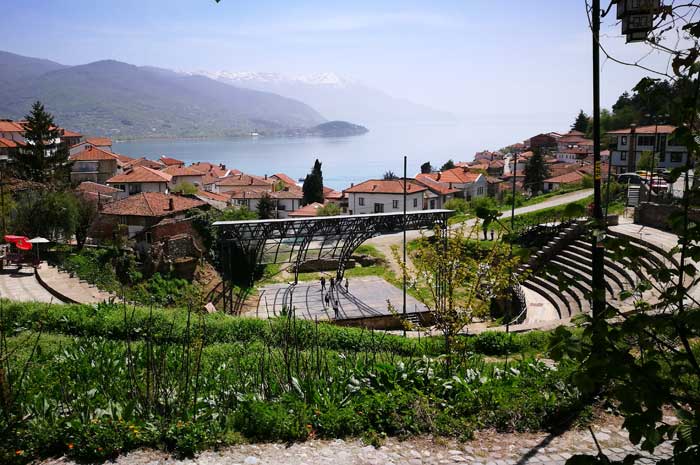 Another wonderful day promises a pleasant bike ride to Ohrid, where it first goes on the gravel road, then later on concrete slabs directly along the lake shore to Struga. 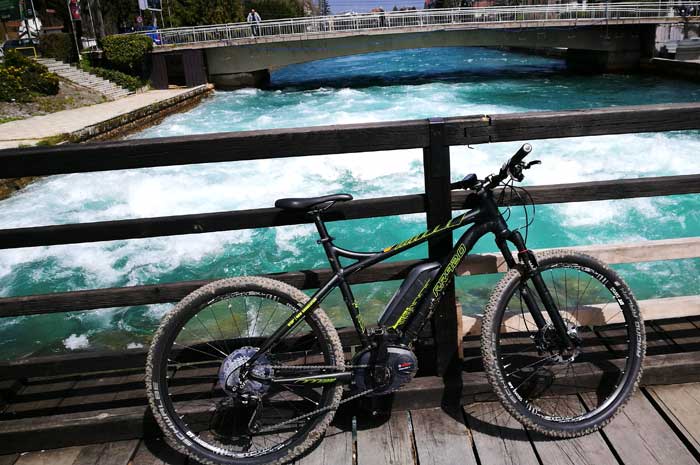 The fascinating waters of the Ohrid Lake, which pour into the Black Drin at this wooden bridge, are so fascinating to watch that we make another stopover. Along the waterfront, it continues to Ohrid, partly on the road, which is however little traveled. 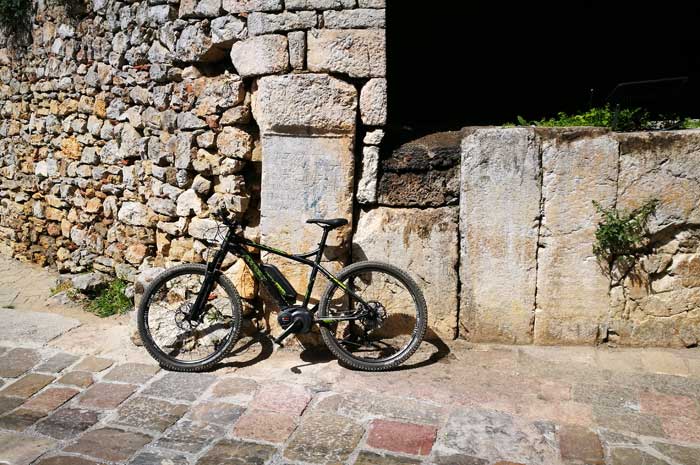 We decide to access the Old Town from the back, which means we choose the very steep climb to the upper gate this time and are very grateful for the motor support on the mountain bike, where we once again learn to appreciate the torque of an electric motor, despite the smallest gear and MTB-setting of the engine management, is much power needed. 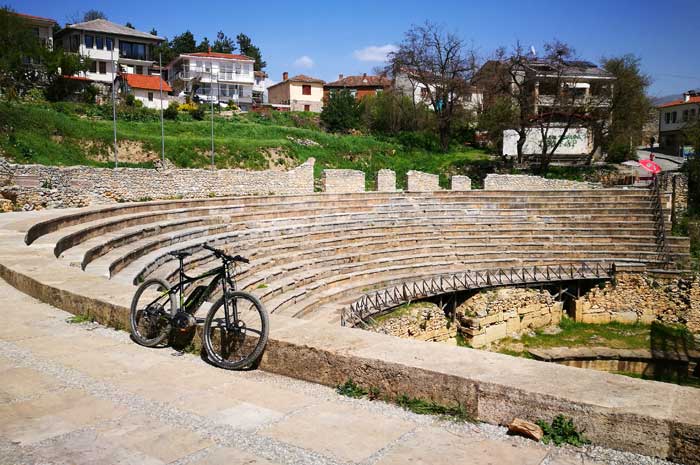 Ohrid - spoken "Ochrid" was at the turn of the first millennium for a short time capital of the Bulgarian Empire. About a century earlier, the Thessaloniki-born brothers Cyril and Methodius invented the Glagolitic, a predecessor of the Cyrillic script. The hellenistic theater was built another thousand years earlier already, well before the Roman era of the place. 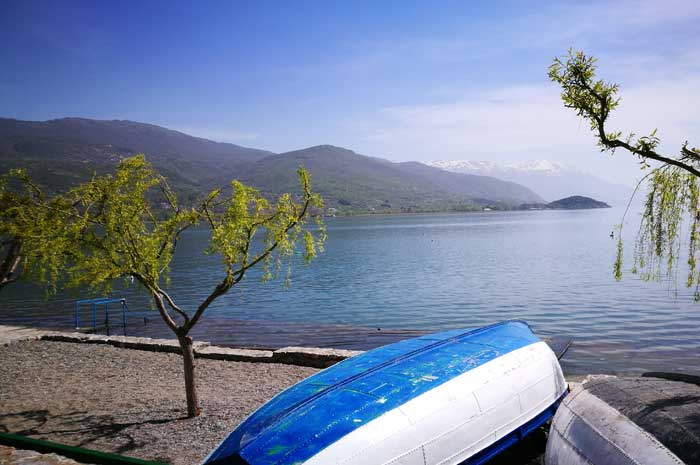 The lake of the same name is very clean despite the high population density and the still poor understanding of keeping the environment and nature clean, so clear that you can see to the bottom. (At least to about 10 meters depth). The water has drinking water quality. In the lake there are still endemic species, especially the so-called Ohrid trout. In the background the still snowy Magaro with the Galicica National Park, in which there are 30 hiking and mountain bike routes. 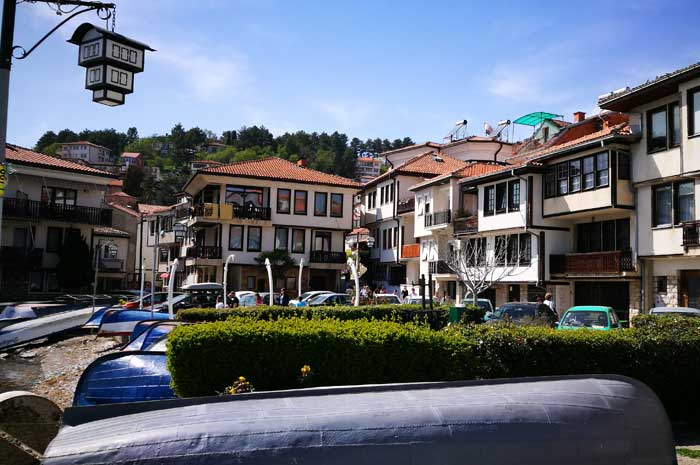 The over 500-year Ottoman rule left many traces in Ohrid in the form of buildings and monuments. As the capital of a Sanjak, it was a supraregional political, administrative, economic, religious and cultural center. This meaning is reflected in the high number of Ottoman monuments. 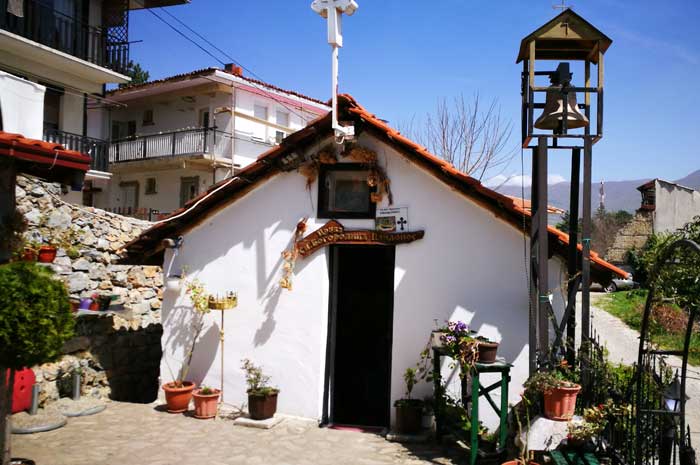 Ohrid was long one of the cultural and religious centers of the Bulgarian Empire and one of the centers of Orthodox Christianity of the Slavs and Southeastern Europe. Under the rule of Tsar Samuel (958-1014), Ohrid became Bulgarian capital before the country and city were occupied by Byzantine troops in 1018. 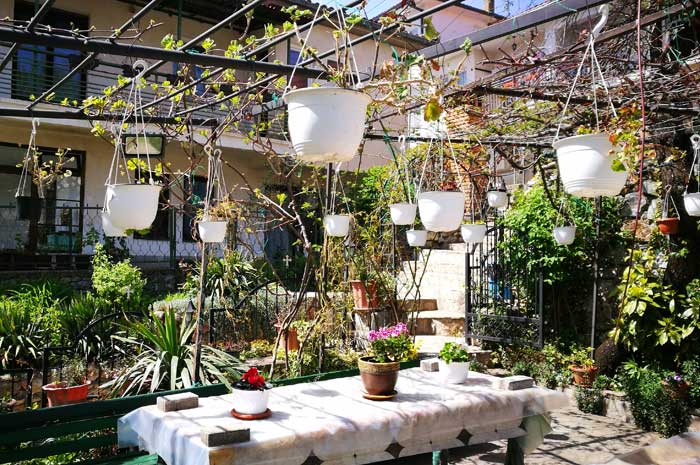 The most important church is called Sv. Sofija (from the 9th century) and is pretty much in the center. Especially worth seeing are the frescoes, which are dated to the period from 1,100 to 1,300. 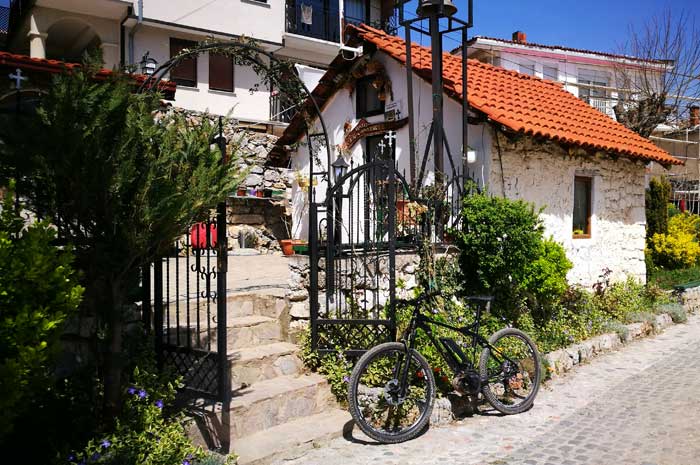 There you can also admire the beginnings of the Cyrillic script. As with all attractions, there are officially two different entrance fees: one for locals and another for western tourists. The poverty of this country should be understood, especially since the entrance fees for us westerners are still easily affordable. A treat is a concert in this ambience. 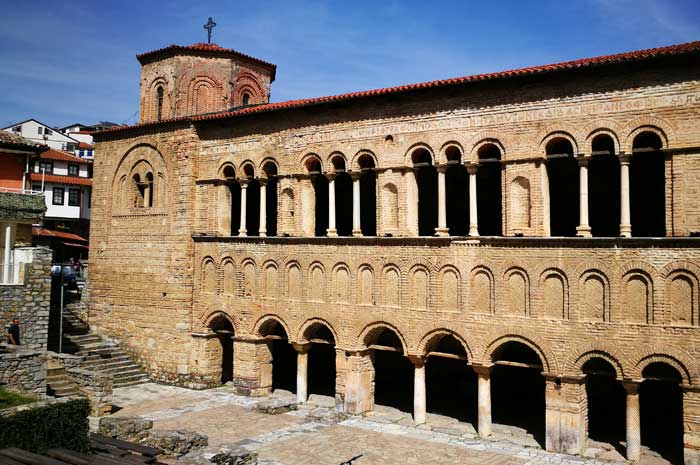