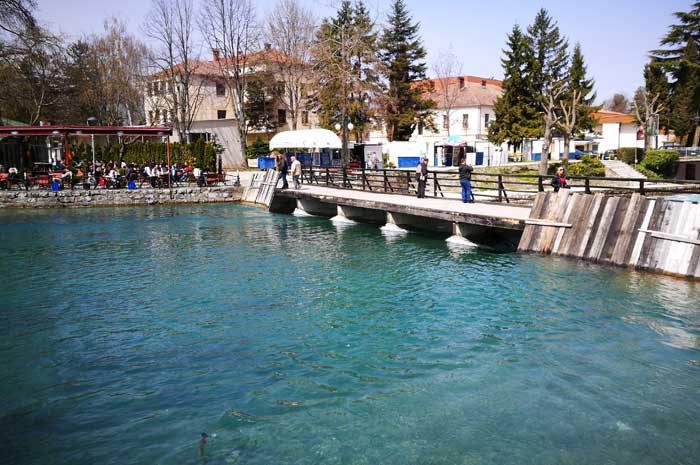 After the many pictures of the violent storm with the unexpectedly high mammoth waves, which we received from Pimi about 14 days ago, we were very interested in exploring whether the hidden bike path directly on the shores of Lake Ohrid had been affected. 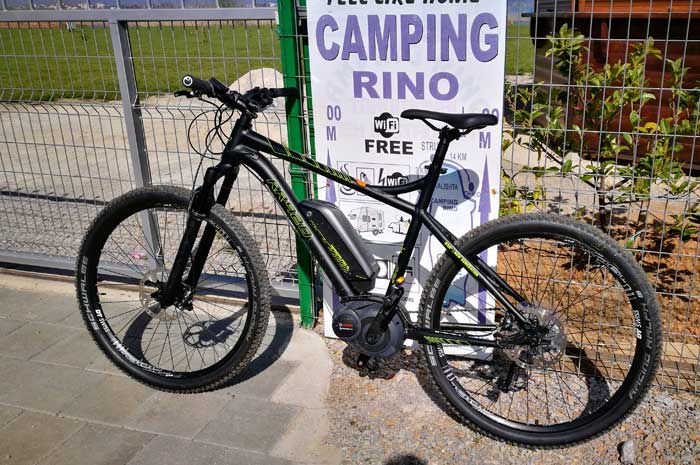 Following the road from Kalista to Struga, we first took the direct route to the drain of the lake in the Black Drin in the city center of Struga, especially as the high water level of the lake there also expect huge amounts of water. 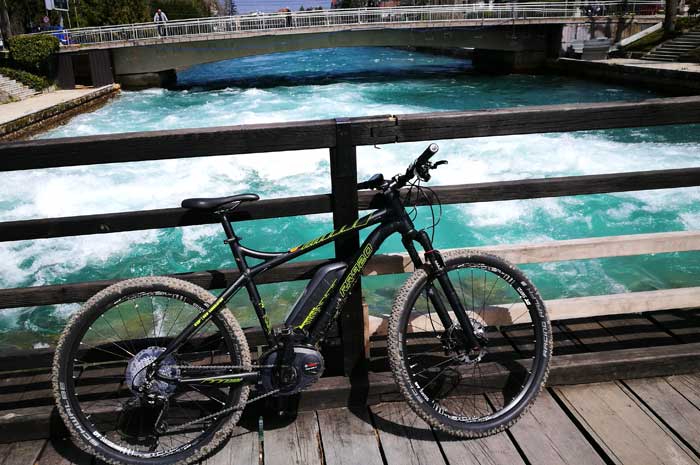 So we stopped first on the already known from many pictures footbridge at the Seegfluss, where we briefly parked our mountain bike between. 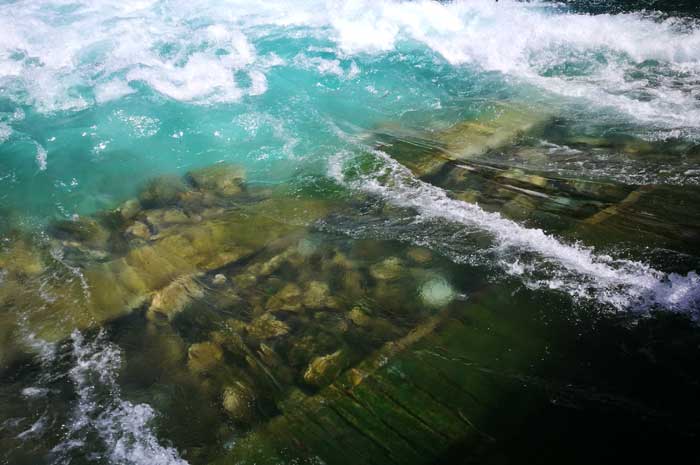 And indeed, almost the entire width of the thick wooden floor, which normally reduce the drain hole greatly, were removed from their mounts so that the seawater could pour into the Black Drin in a mighty stream. 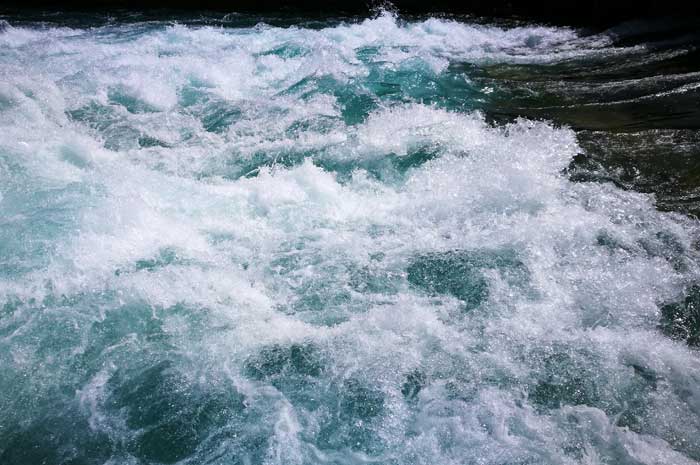 The height difference between the level of Ohrid Lake and the Black Drin may now be 1.50 meters, resulting in a powerful water roller, which then flows through the city - a spectacle of nature. 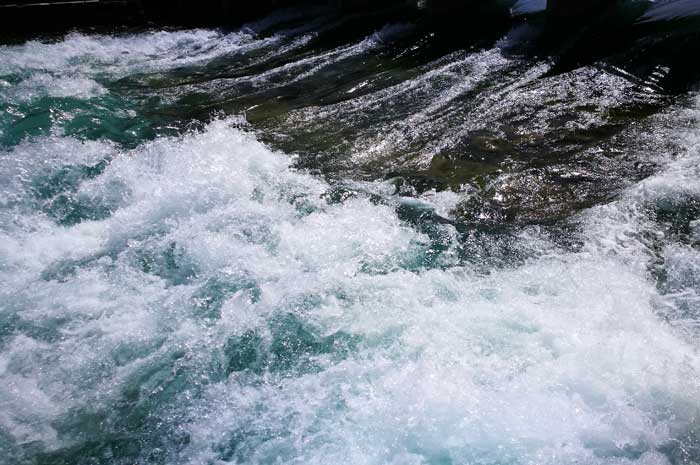 Only a few centimeters were missing and the promenades could have been completely flooded, the strong waves have carried at least lots of flotsam until well on the promenade. Everywhere diligent hands, who were busy with tidying up, soon the season starts here. 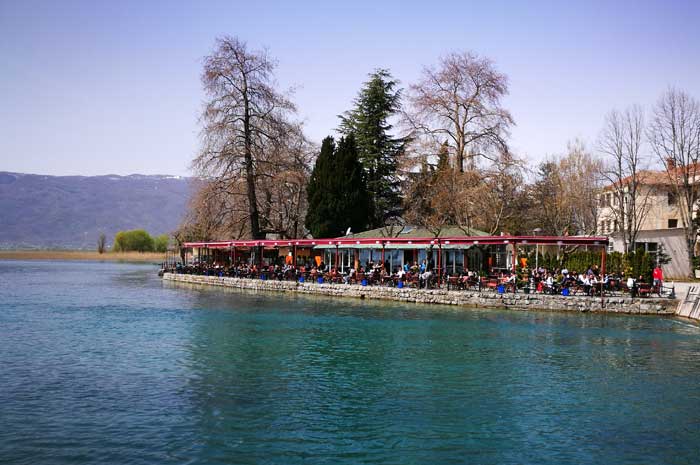 And as expected, the inhabitants of Struga also use the wonderful weather to drink their first coffee on the lakeshore. 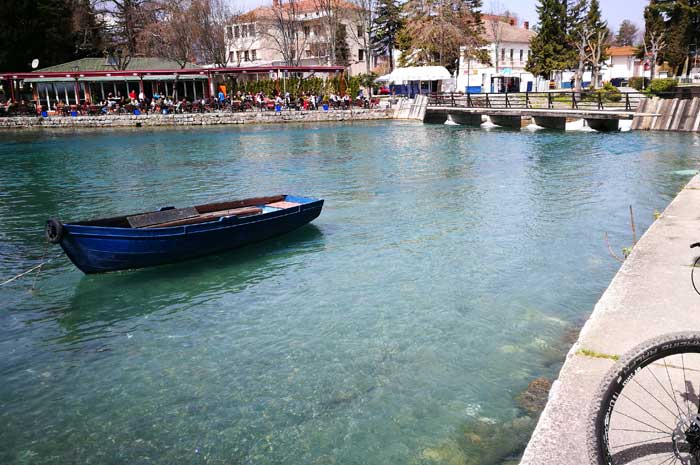 On the way back to Camping Rino we noticed already that there is no problem with the bike road along the lake side. 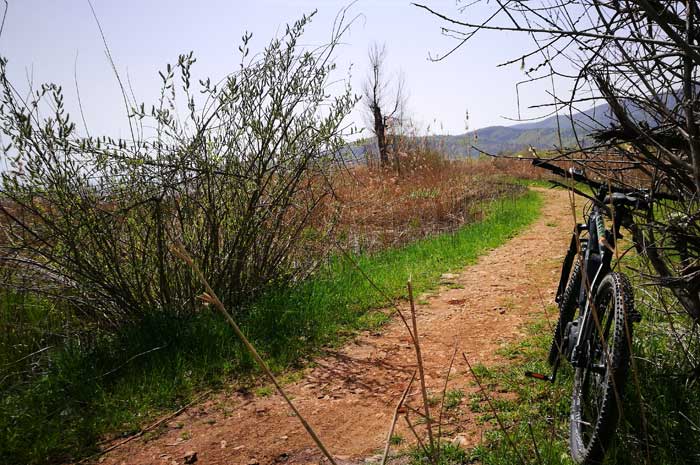