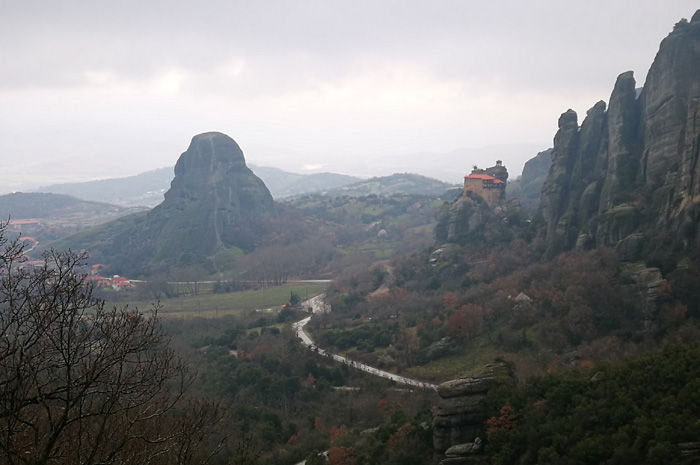 To the further preparation of our part-guided camper tour in April of this year we had arranged a meeting with Sofia from the campsite Kastraki in Meteora. 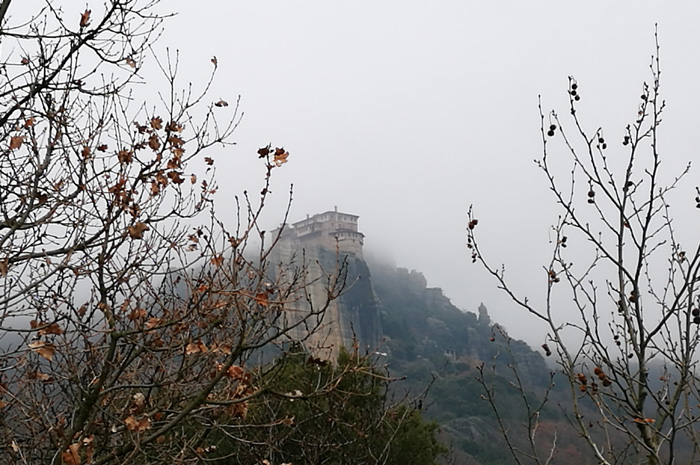 Together with Max, who is currently working in a refugee camp near the Macedonian border, we started in the early morning. From Thessalonica, Meteora is just 230 km away, easy to reach by the motorway, and just € 3.60 from is the toll. 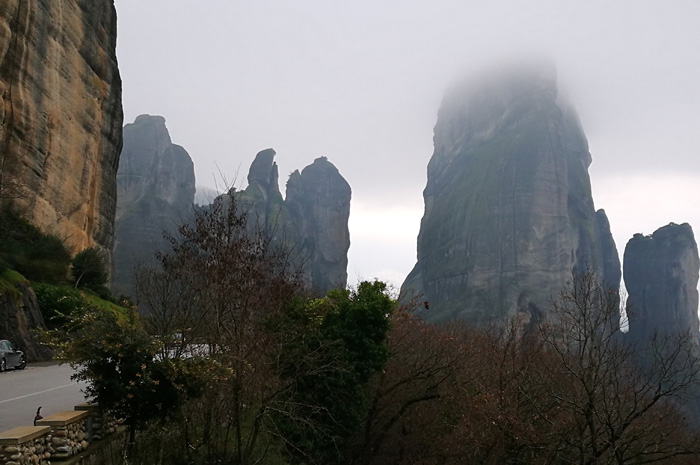 A recommendation for the traveler in the direction of Athens / Peloponnesus is the usage of the modern Via Egnatia, as it is much cheaper than the coastal road and with the two really attractive campsites Kastraki Camping and Apollon Camping Delphi as intermediate stops, it is a beautiful destination. 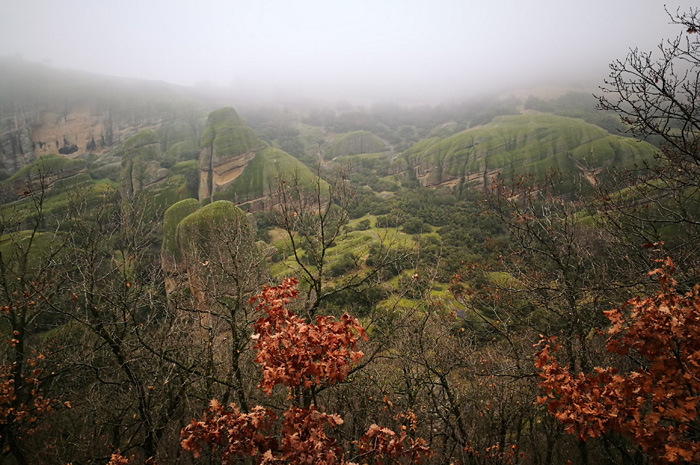 After a warm welcome from the family, a coffee with homemade cinnamon biscuits, we were quickly in our today's topic. Gradually, more family members arrived, who had agreed to meet at a family barbecue at the campsite. 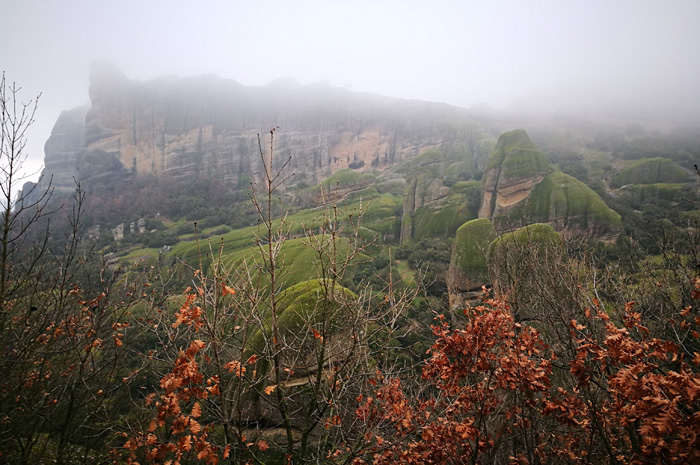 After our arrival, Max immediately had made a brief decision for a tour of the town up to the rocks, he had not been to Meteora before. 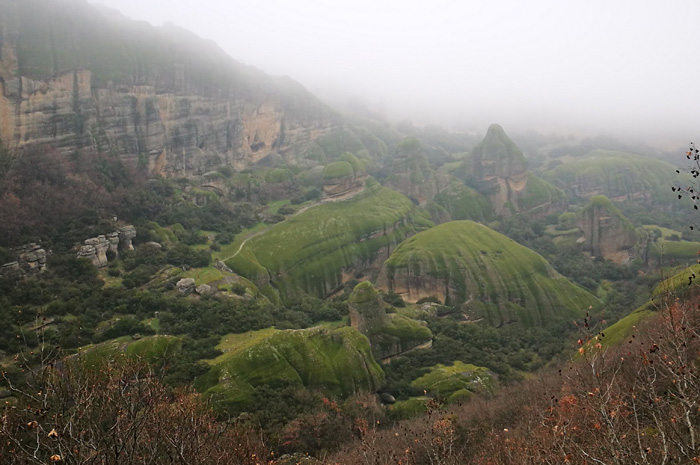 At first somewhat disappointed by the weather situation, deep clouds covered almost all the fuselage tips, there was then a lot of positive astonishment from his report after his return. 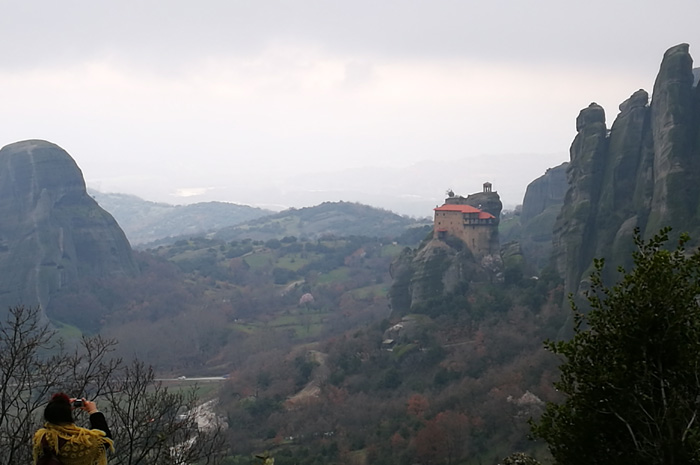 Also some hiking and climbing enthusiasts were present, so that we quickly were in a conversation with them. 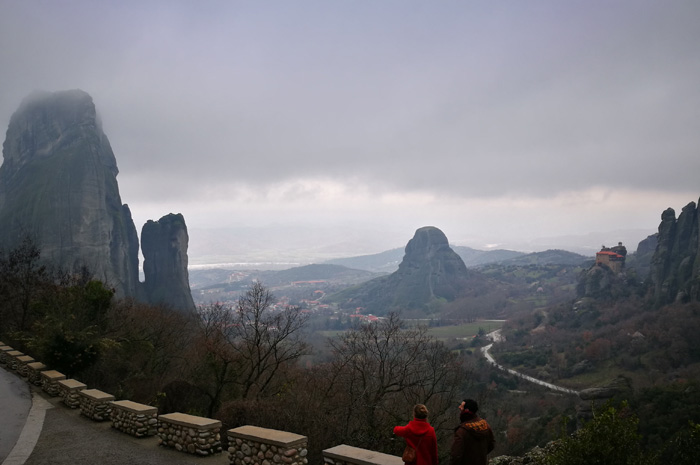 Particular interest was given to a group of three people from France and England, who came cycling from England and want to pass via Turkey to Georgia and further through the east of Europe. 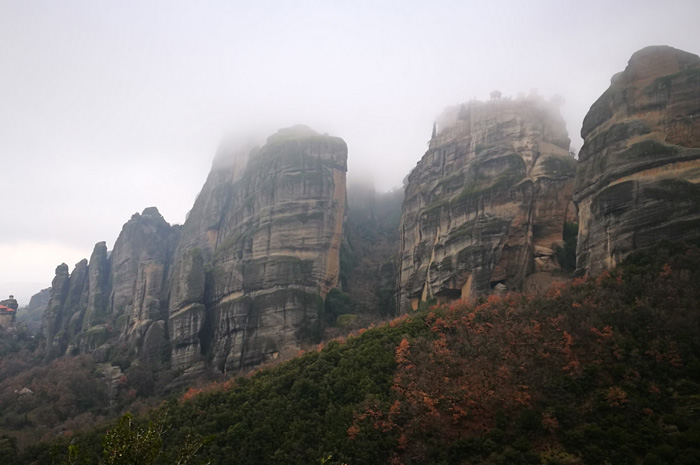 After the end of our conversations and farewell to the family, we went on a small tour into the landscape of the rocky towers. 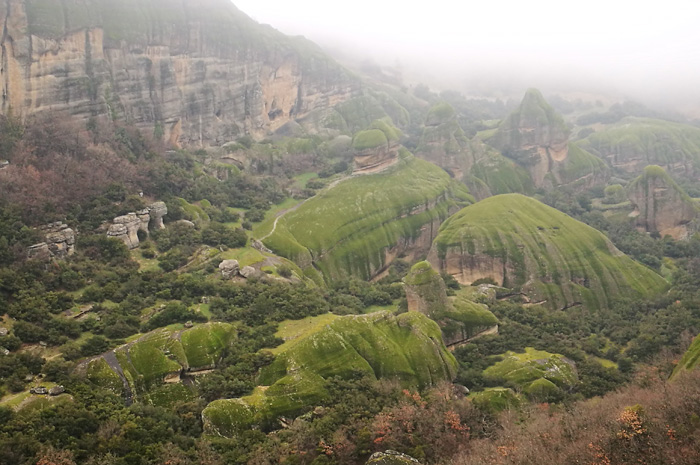 We were astonished to see the heavily mossy rocks that gave Meteora a completely unknown appearance. 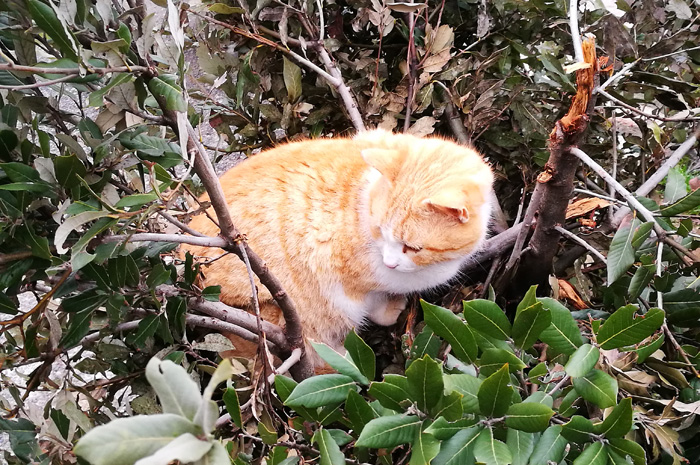 Even the journey from Kastraki to increasingly dense cloud fields took place and thus the visibility decreased, it was an experience to cross a predominantly green rock landscape. 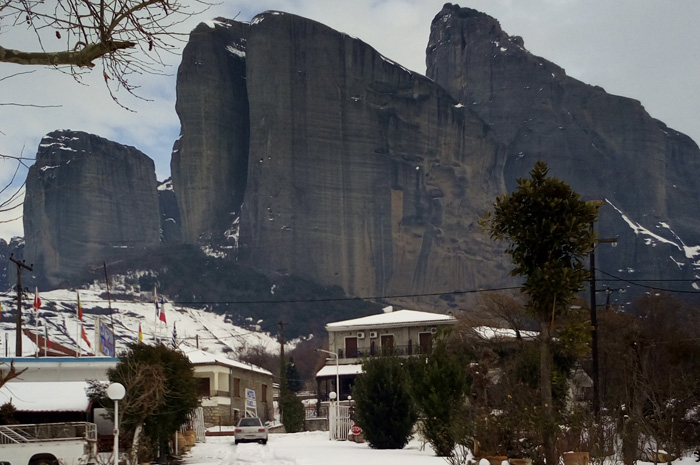 Sofia had told us that just a few days ago the temperatures here on the ground would have been about 20 ° below zero and also a lot of snow had fallen. 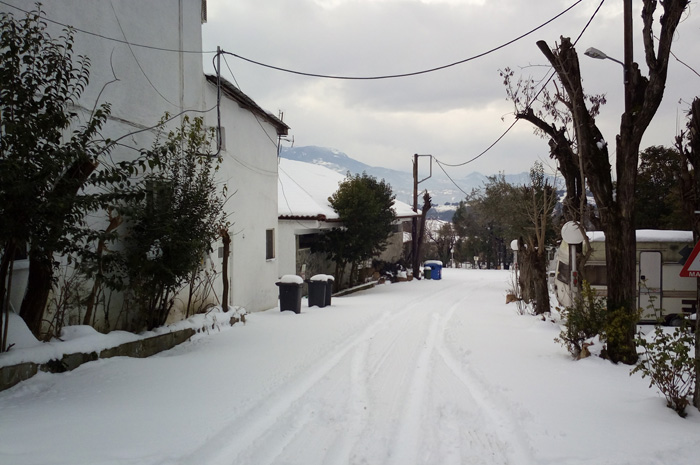 She promised to send a few pictures, which had arrived after our return in the mail post box already. 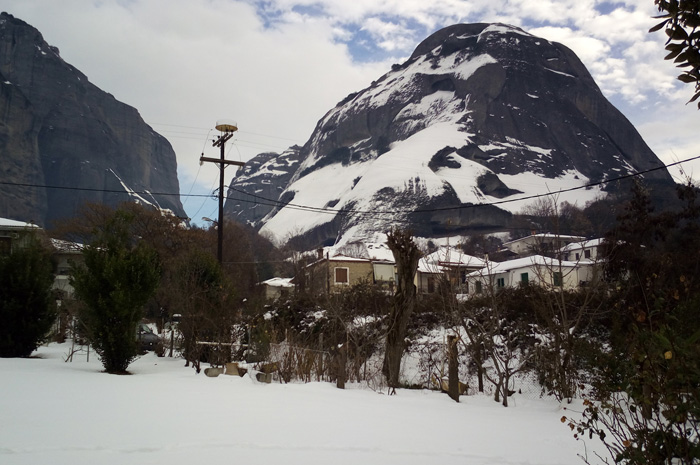 Our conclusion: it must also be a wonderful experience in the deep snowy winter, to wander through the rocky towers and its monasteries. Perhaps a target for you, dear readers!

Sun is gone - almost everywhere of gray of winter prevails

Enjoy sunset on the Meteora Rocks of Kalambaka