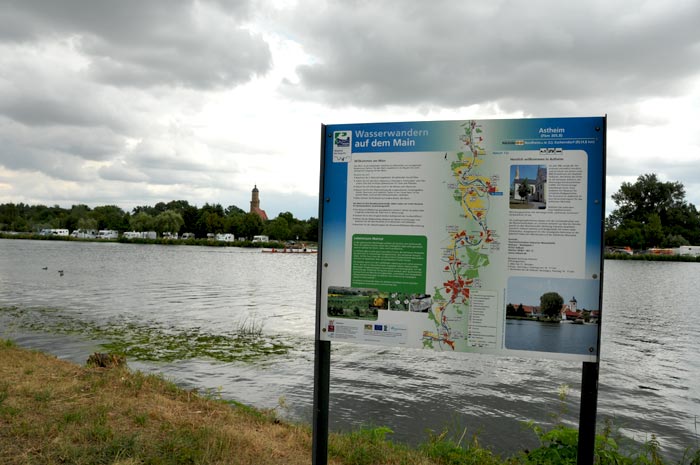 Our bicycle tour in the little part of the River Main Cycle Route along the Main river gave us fresh ideas and we desired to discover the River Main with a canoe this time. We watched the people that paddling along the Main and thought about doing the same activity one day. Today was the day for it and we quickly started to search on the internet. When it became evening, we already made our reservation. Unfortunately, the reservation was not sufficient because we stuck to the weather conditions. The weather looked like there were going to be a storm or rain, but this was only a guess. 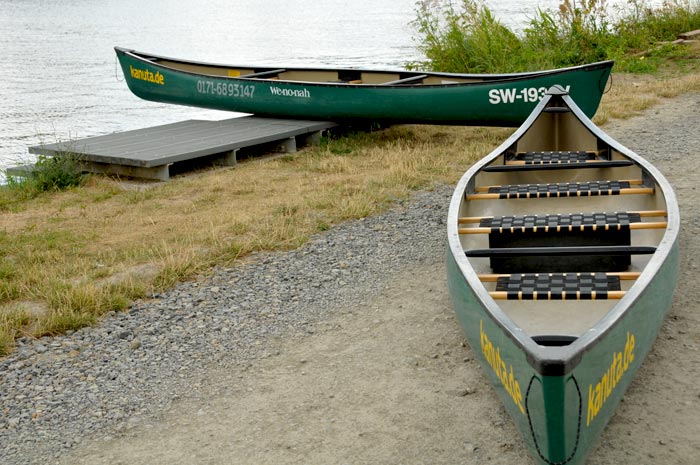 Due to the strong wind in the morning, we headed out in the afternoon and parked our vehicle with canoe to the starting point. The Water Sports company, who were our neighbors in the town of Albertshofen, took us off to the starting point of canoe race course. In the city of Volkach that located in the north of the Kitzingen region, we arrived at the place that separates the Main Canal and the old Main River, then canoes soaked in the water. 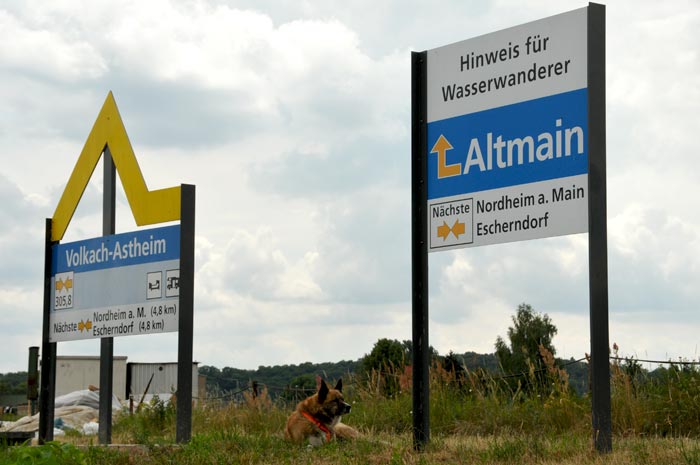 Since the Main Canal is the waterway that used by large ships, in our opinion, it is not as natural as the old Main and not quiet enough in terms of water sports. For this reason, the waterway, which continues from the city of Vokach to the town of Schwarzach, seemed great from our perspective. The message boards places that include information about waterway were marked on the map that was given to us and the detailed information could be accessed from this map. 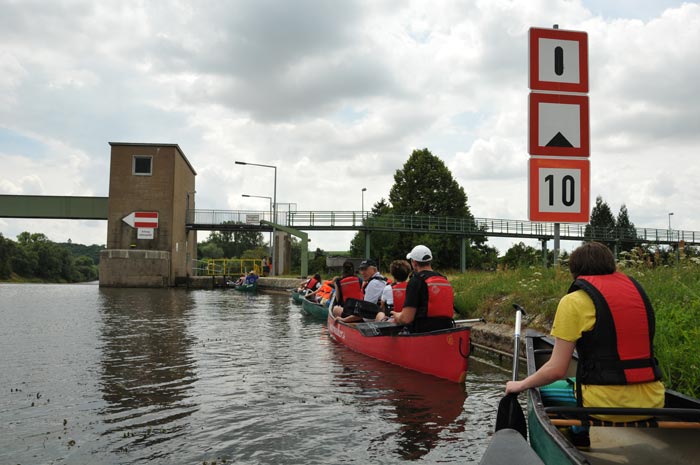 Before starting to paddle along the Main in company with vivacious nature, we practiced with our tall and narrow boat. In less than an hour we learnt how to balance the canoe which resembles a colorful paper ship swaying in the still waters of the River Main. After a while, the announcement of entering the old River Main Route was made and the canoe enthusiasts queued to enter the boat lift on this route. These lift locks, which are called boat lift or ship lift, are the systems to carry the boats between the waters at two different elevations. 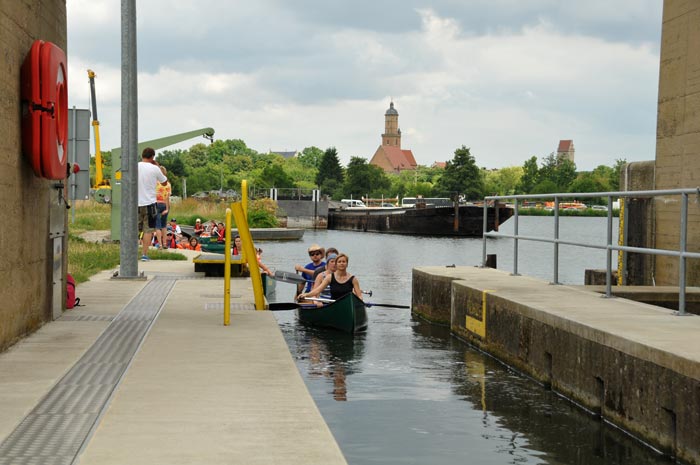 If the boat will move to the upper level from the lower level, it enters to the lift lock and the door closes. Then, the water is given to the lift and the boat rises with water to an upper level. We were going to slope down, so we rolled into the lift lock that was filled with water and both of the doors were closed. Since it was little, the lift was a bit narrow, but using the lift is a more practical way than lowering the canoe from the slopes by carrying. 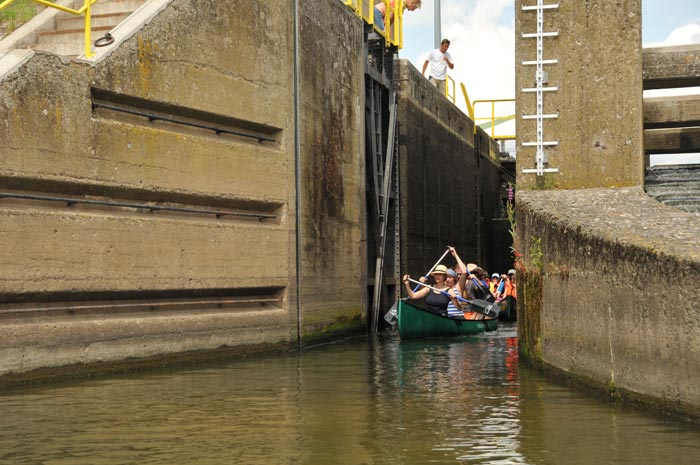 A few minutes later, we were at the old Main’s level (approximately 4 meters) and encountered the incredibly beautiful view. When the lift door was opened, all the teams disappeared from the sight in the waters of Main. By the way, I am sure that with its calm and splendid nature, the pastoral river impressed not only us, but also all the visitors. 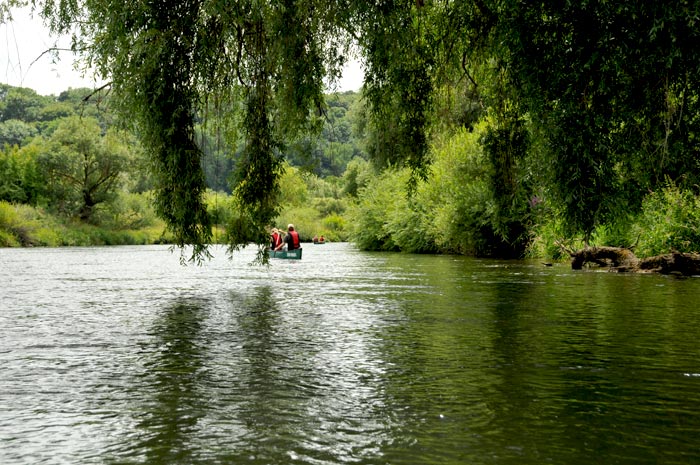 While paddling, we listened to the peaceful sound of water, the rustling of the reeds and the songs of the birds. We have never imagined that this part of the river will be silent, despite the busy roads, sea and railways. For a moment, we remembered a few lines from Ahmet Telli’s poem called “The Passenger”: For a moment listen to the forest and the water, The savage concerto of nature Will start a moment later The lowland will remain within the rustles When the nature is out of breath Like a horse free from the bridles If you are not out of breath, hop off Then hold its mane, join the breeze. 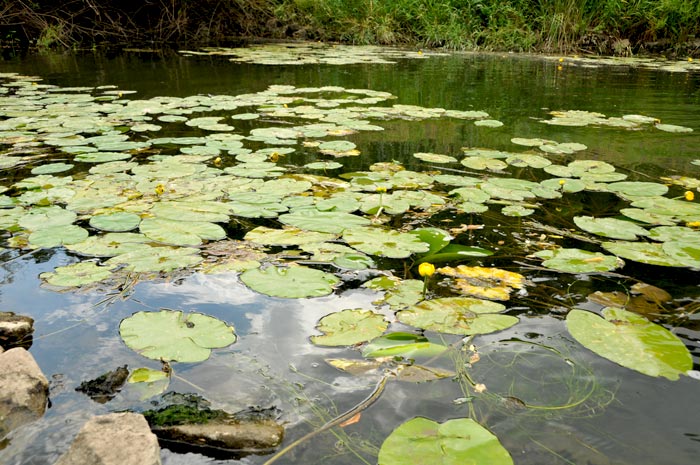 Nature that changes and refreshes itself all the time without being exposed to the human factors, reveals us how our living spaces should be and where we could find peace here. These plants, which begin to grow in the bottoms of the river and stretch out to the surface, reach the light to live and start to decorate the river with its most beautiful flowers. In short, this plain and transparent beauty called our attention to the regular process of the nature. 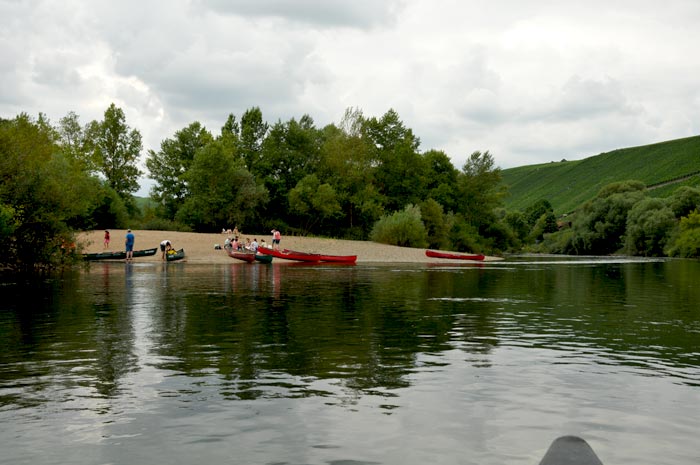 Another beautiful part of the canoe race course, which is approximately 10 km long, were these shallow beaches. We stopped over at the shallow beach that is ideal for picnics, sunbathing and swimming. While drinking our beverages we started to watch the vineyards on the opposite slopes. 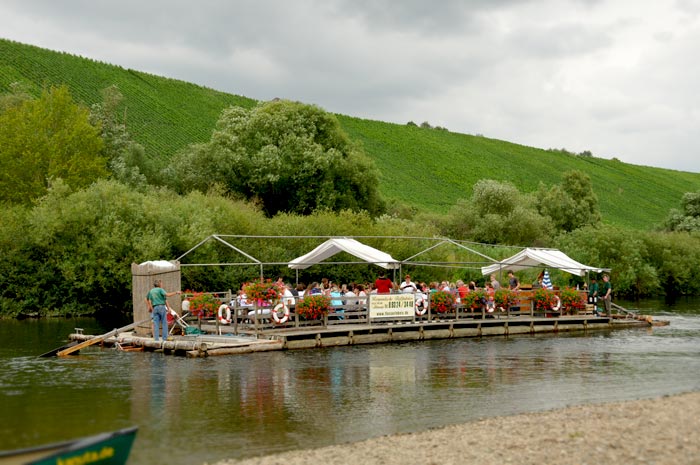 The River Main continued to present its blessings with another exciting scenery. Now, a restaurant on the big wooden raft was swimming in the still waters of the river. This romantic event that organized by a special travel agency enlivened our canoe trip, too. 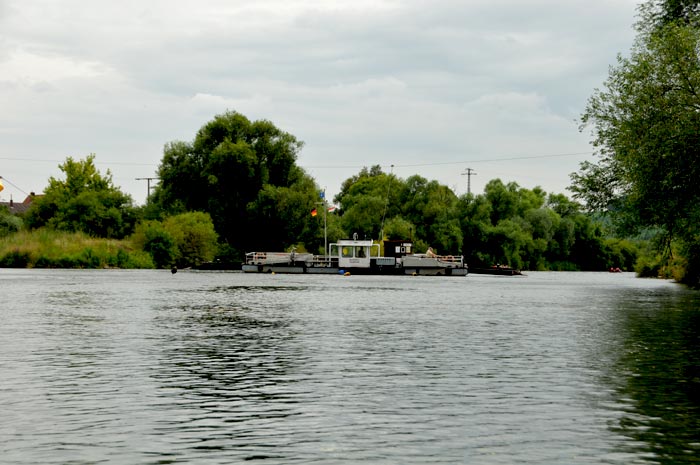 Now, we were in front of the Main chain ferry. This ferry, which works with the help of a mechanical system consisting stretched chains, is used for passenger and vehicle transportation between two shores in the rivers. There, we were exposed to the strong wind and we had to paddle powerfully while the ferry was on the opposite shore. 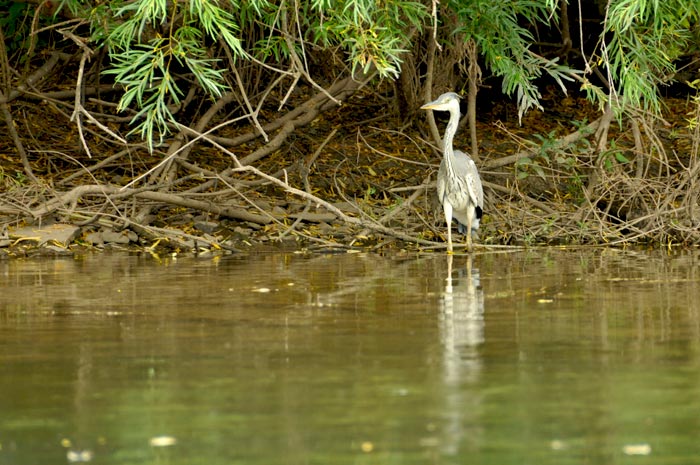 After a while, we returned to nature again. The opportunity of discovering the wild life made our canoe trip more attractive. Our pale colored gray heron friend that living in the shallow waters does not look contented. 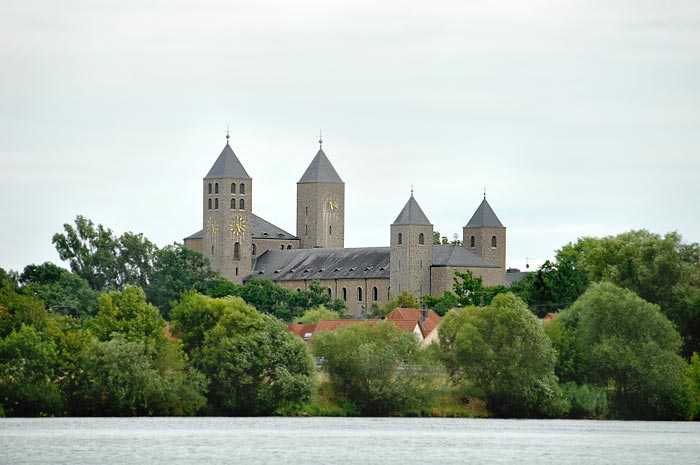 We reached the ending point of our tour where the old Main River and the Main Canal unites. Against the strong wind and the city of Schwarzach’s famous cathedral, we continued to paddle. In order to protect ourselves from the wind, we made an effort to follow the shore. 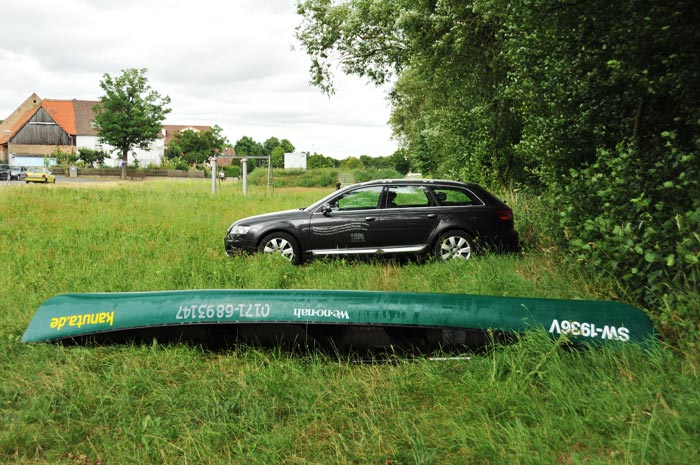 We saluted the tents of the people who wanted to enjoy the river and catch fish as a hobby. Passing the caravan camp site, we came to the shore under the Schwarzach bridge that it was the last stop of our canoe trip. As the last team that reached the shore, we were proud of ourselves. We enjoyed the River Main and, despite the cloudy air, took a great deal of photographs.