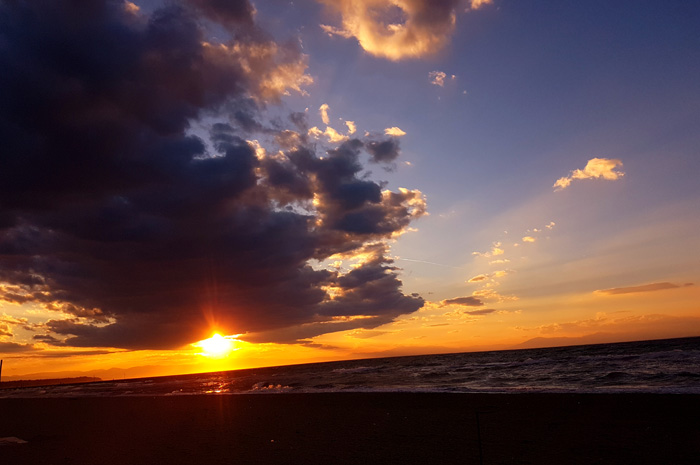 Despite the stormy wind, the warm sunrays of the afternoon sun forced us to take a short walk along the promenade of Perea. 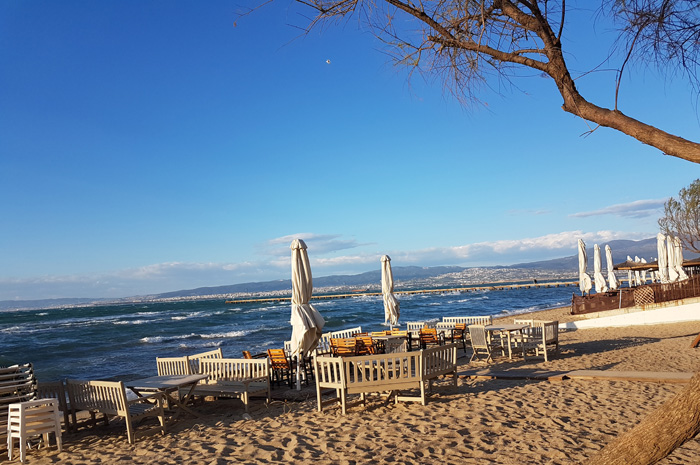 First table and seat groups indicated the beginning of the new season, which would hopefully create further relaxation in the Greek economy, at least as far as the tourism sector is concerned. 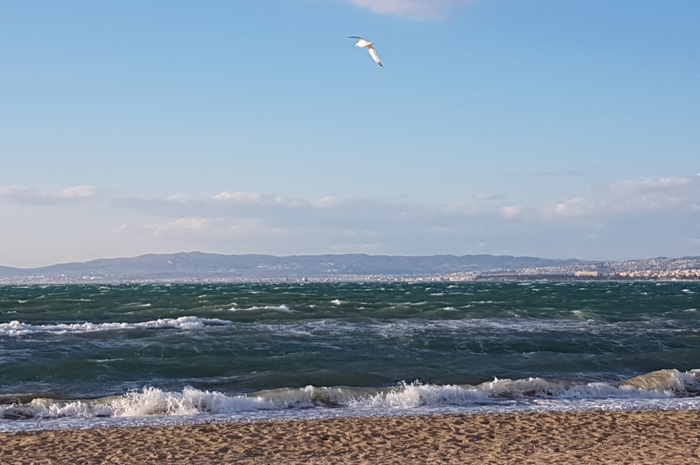 However, the local visitors of the promenade were rather sitting in the closed rooms of the many restaurants and cafes, the rough sea and the wind had their share in it. 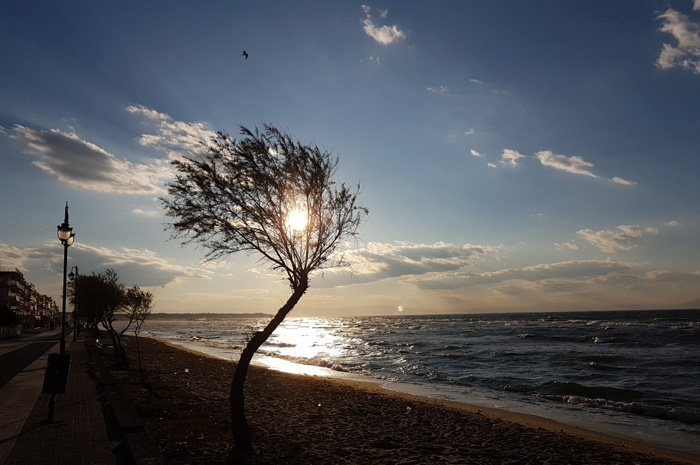 The few trees on the beach showed the wind direction more than clearly, branches and twigs leaned against the strong wind, which caused also much sand in the air. 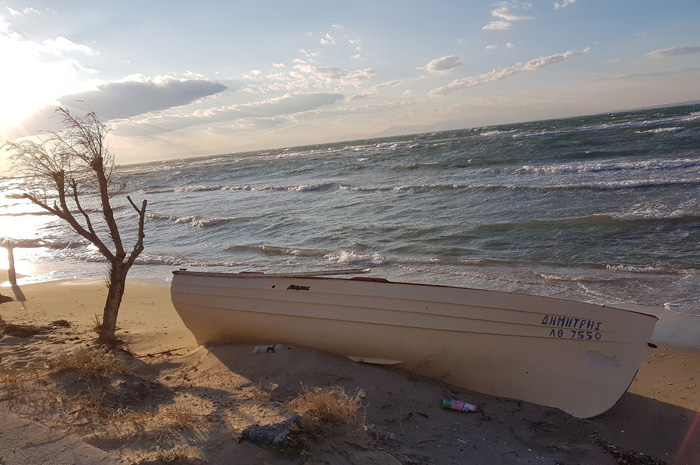 A few boats were still lying on the shore, where the sand accumulated in the wind shadows, but some rubbish disturbed the view too. 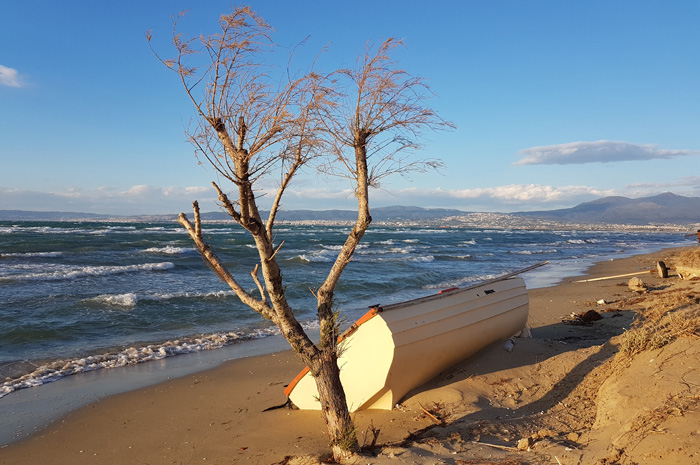 In the background the bay of Thessalonica, where we hope that the ferry service will return soon. 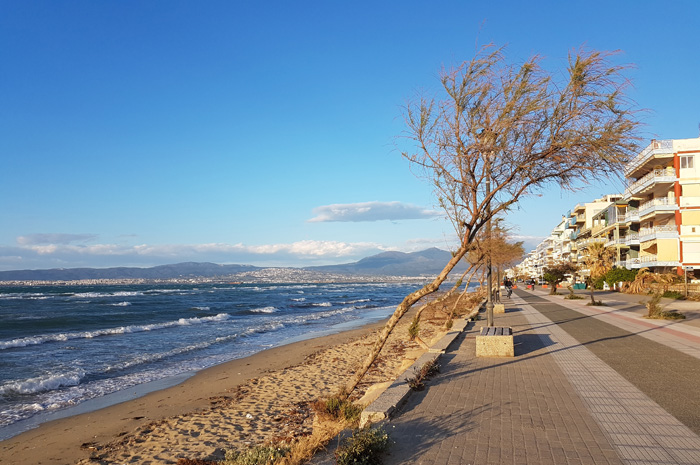 View of the waterfront of Perea. 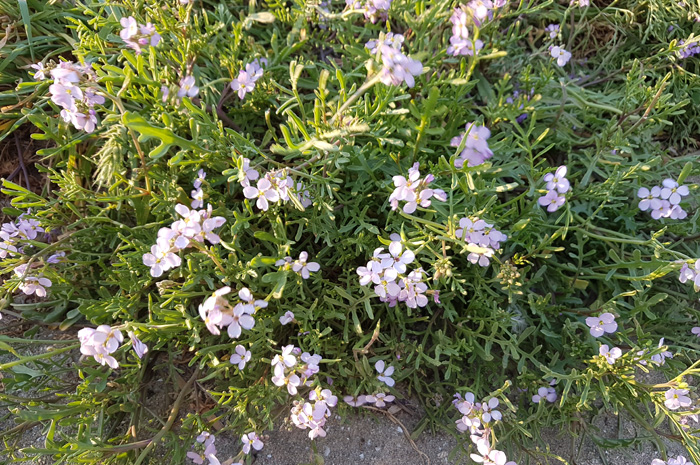 Flowers on the promende, not only in plant boxes but also as natural green. 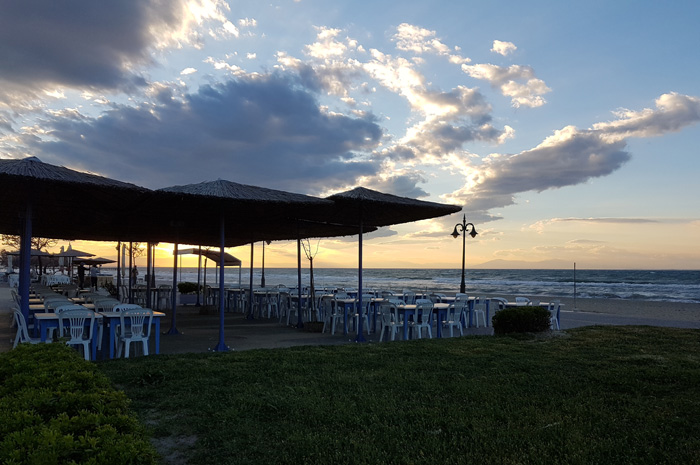 Slowly, the sun was sunk on the horizon, a wonderful sunset already indicated itself. 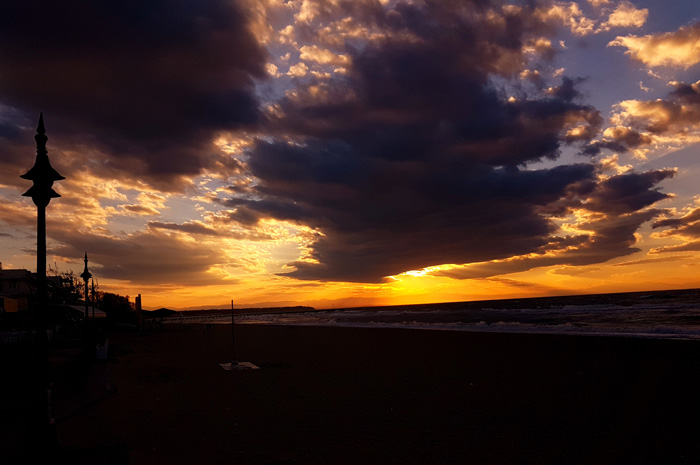 We then continued to pursue it and set ourselves on the beach in the wind shadow of a sun umbrella. 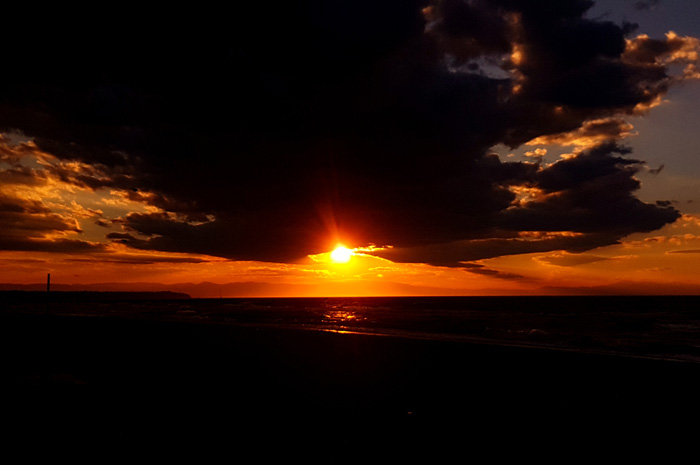 With this photo words are not necessary. 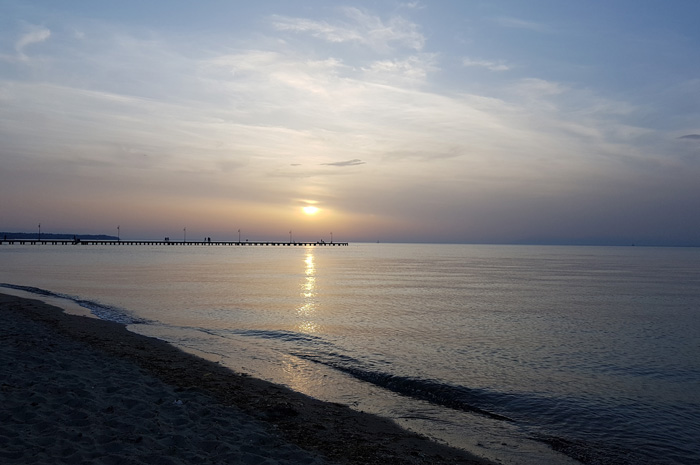 From Bitola (Herakleia Lyncestis) to the Meteora Monasteries