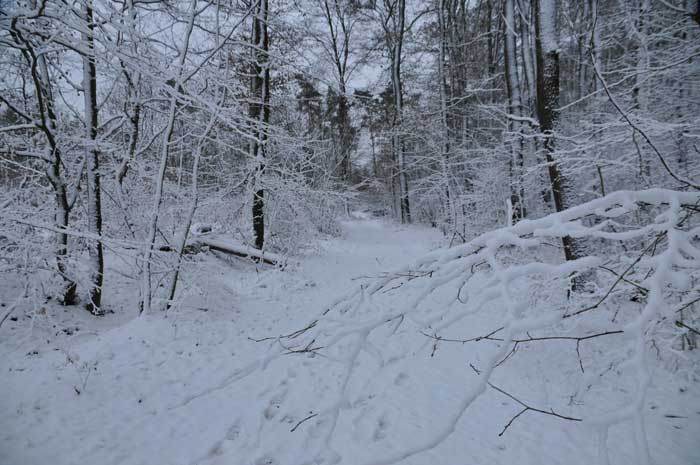 What a joy after the first look out of the window, everything was covered with snow. The view of the trees, whose branches and twigs all showed a white cap, was wonderful. Our motto is to have breakfast and get out of the house soon.

Unfortunately, due to global warming, the white winters have become more than rare, so every suitable opportunity must be used. First to the village, then up to Finne hills. 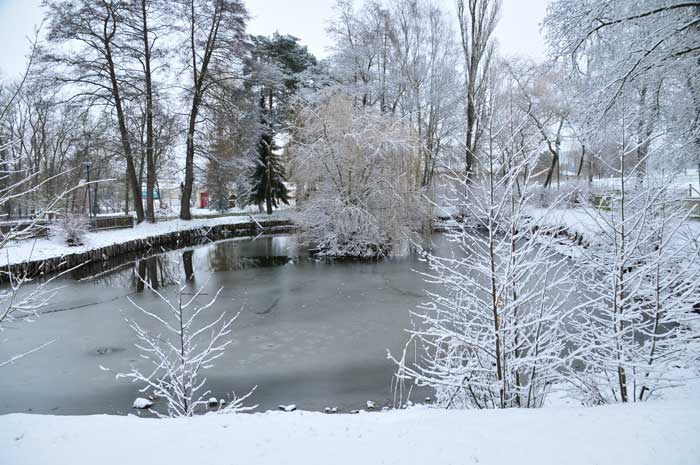 Finne, a ridge that is partly in the Saale-Unstrut-Triasland Nature Park, limits the northeastern part of the Thuringian Basin together with the Schmücke mountain ranges in the west-northwest, Hohe Schrecke in the northwest and the Hainleite beyond both. 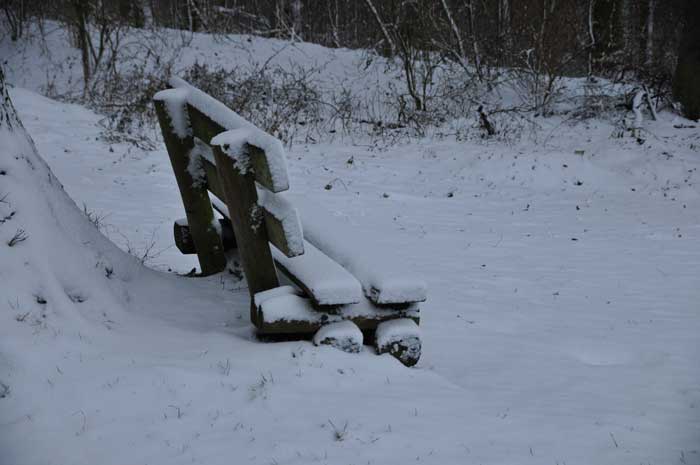 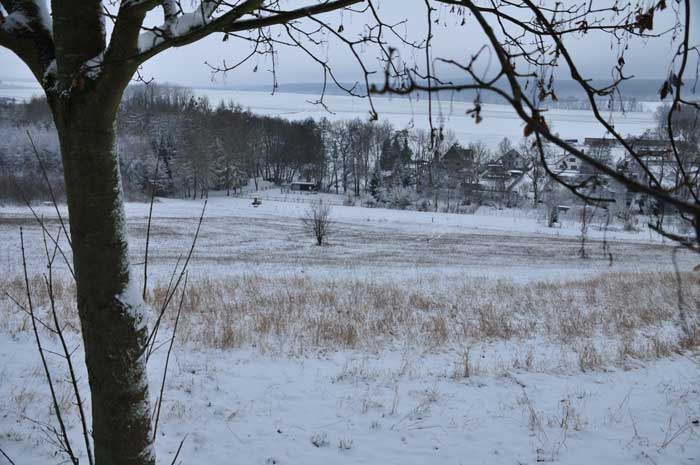 Not far northeast of Finne, the Saale tributary Unstrut flows. 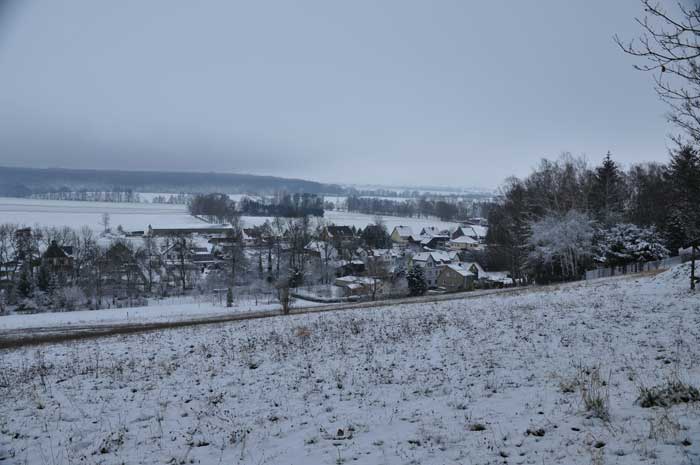 At Finne there is a retention basin directly east of Bachra and to the east-southeast of Rastenberg there are several ponds in the forest, which are always popular with hikers. 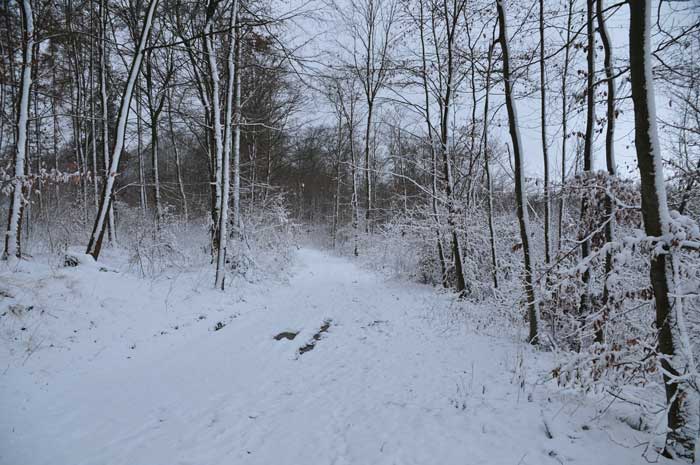 The 4 highest elevations in Finne are the Seligenbornsberg with 355 meters, the Erbsland with 353 meters, the Querigberg with 343 meters and the Finnberg with 332 meters. 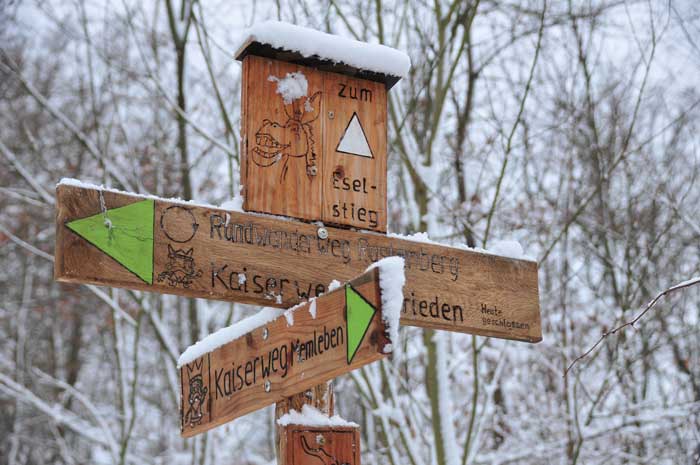 The latter is the most northwestern mountain of Finne, which borders directly on the Thuringian Basin, which can be wonderfully viewed from the ridge of the Finnberg. 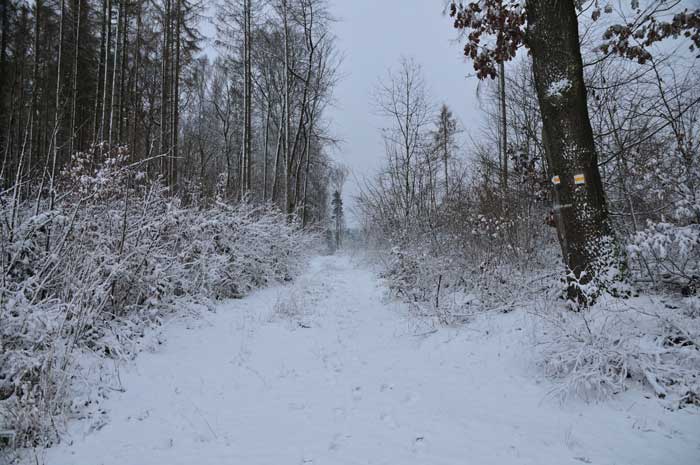 Layers of shell limestone can only be found on Finnberg, while the more eastern landscapes consist mainly of red sandstone. 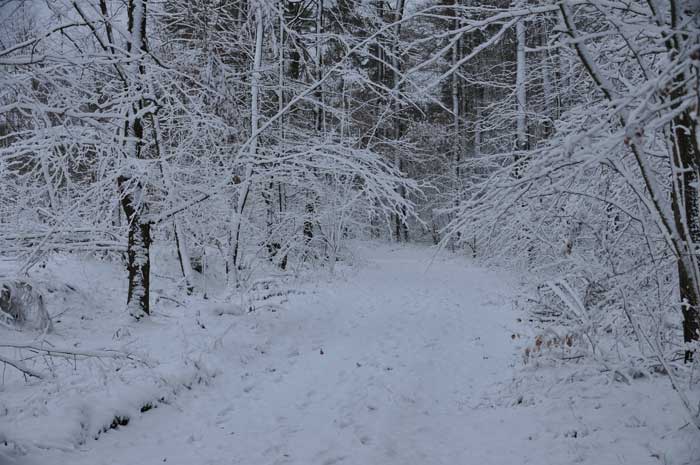 The former quarry at the north-western end is particularly worth seeing on Finnberg. This has exposed its rock formation and is therefore also a popular sight for hikers. 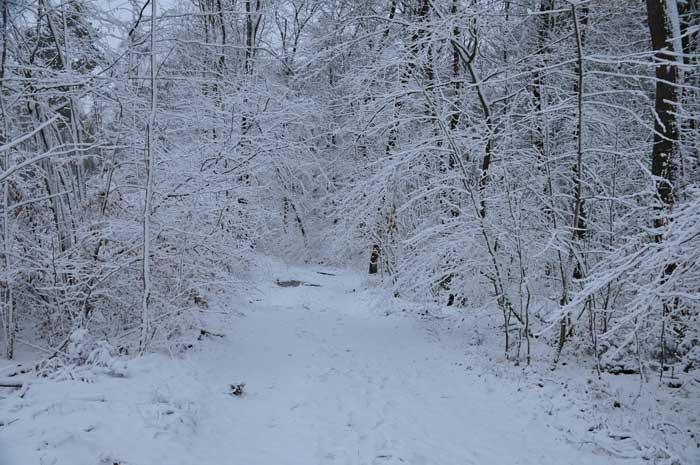 Finne and the associated nature park are particularly suitable for all outdoor sports, but also for experiences and variety. 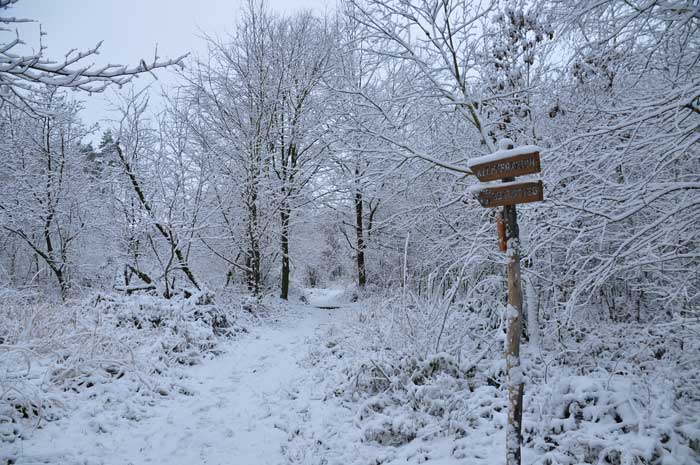 Finne is an excellent travel destination, especially for hikers, as Finne offers a particularly extensive forest area. An optimal atmosphere in the great outdoor surrounding.
Furthermore, the ridges in Finne are rather gentle. The deeply cut stream valleys, which are numerous in the area of ​​Finne, are also excellent to visit. 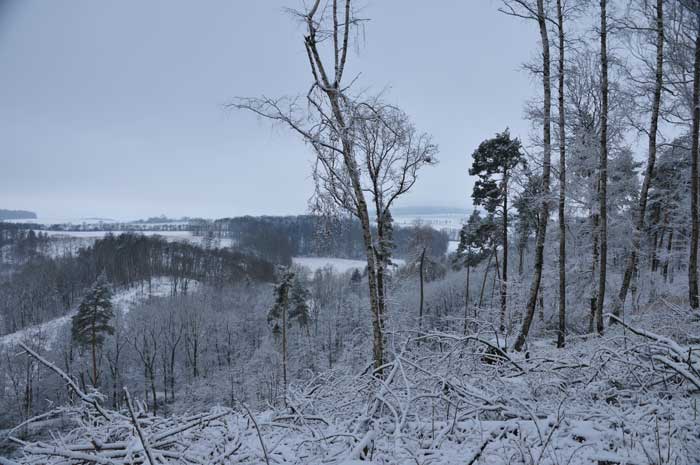 The foothills of Finne and Schmücke, which merge into one another, are together almost 40 km long, and the approximately 23 km long Finne (Bad Sulza − ​​Burgwend) is a maximum of 12 km wide with its foothills. 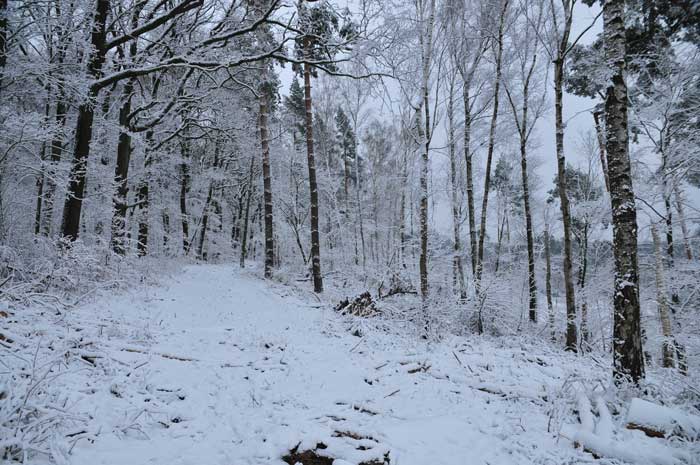 In the past, Finne was seen as the core mountain range, which splits into the other two roughly beyond the line Burgwend – Langenroda, whereby its highest mountain would be the 370.1 m high Wetzelshain and its area would be about 140 km². 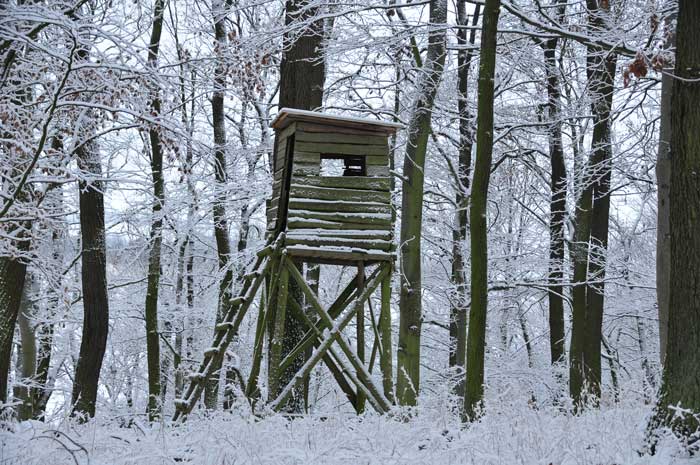 Today, however, the wooded parts of the Rump plateau are in the Hohe Schrecke nature reserve, which is why they are usually assigned to that partial mountain range on maps. This significantly reduced the area of ​​Finne. 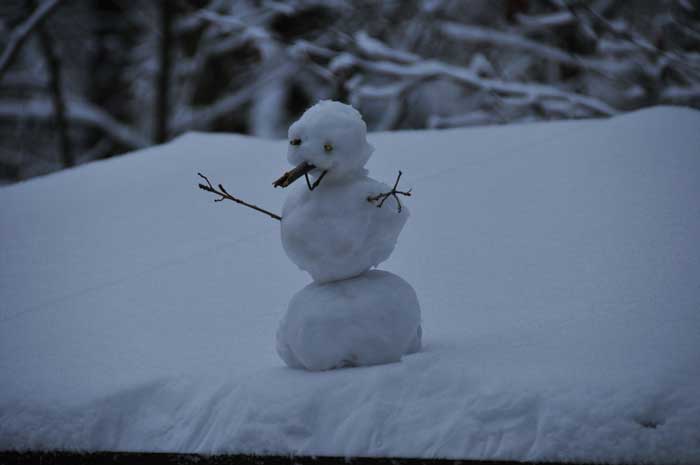 In principle, the transition from the red sandstone hull area to the Hohe Schrecke is fluid and does not represent a natural or geological boundary.
Just the border to the narrow Finnberg ridge, which belongs to Finne, in the south-west and to the Schmücke to the west-north-west, are significant - in both there is primarily shell limestone. 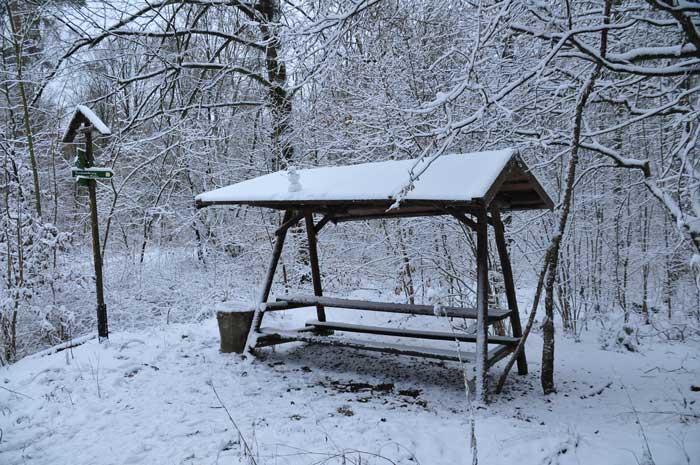