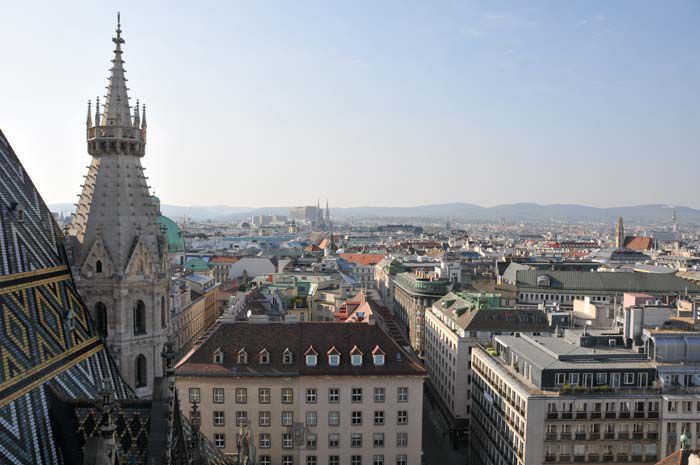 We were in Vienna, where is the capital of Europe and the native land of Austria. Our time was limited and we had interviews. Even so, we took a walk in the city and stopped by at the Schönbrunn Palace after our first interview. 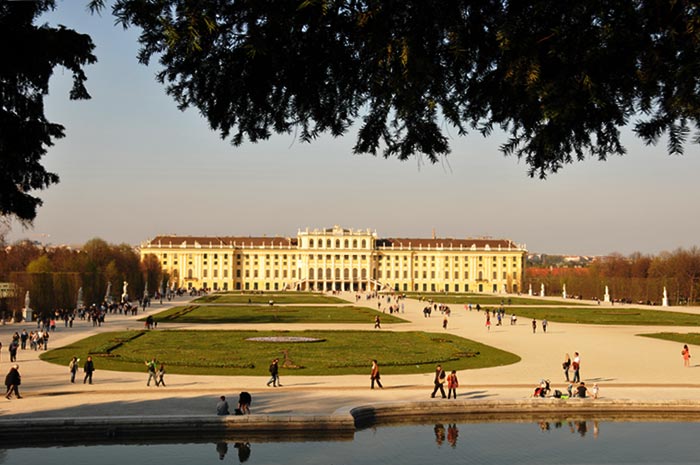 Constructed as the summer residence of the royal family, this marvelous palace lived its most magnificent days at the time of Austria Empress Maria Theresa. Schönbrunn Palace is one of the most important and beautiful palaces of Europe and in its garden it has the oldest  zoo in the world. Founded in 1752, it is still in-service. 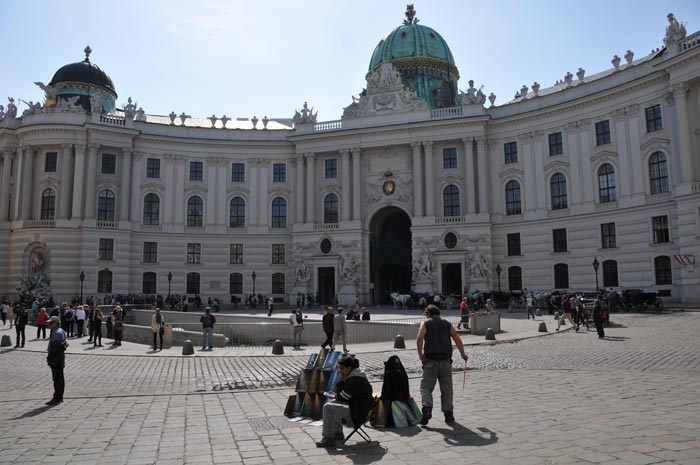 The glorious and eye-brightening Hogburg Complex hosted to the Habsburg dynasty that ruled Austria in the years between 1278-1918. This gorgeous complex is the representation of architectural improvements throughout the different centuries. Inside, there is Spanish Riding School, originally Spanische Hofreitschule and it is the oldest and only royalty riding school of the world. 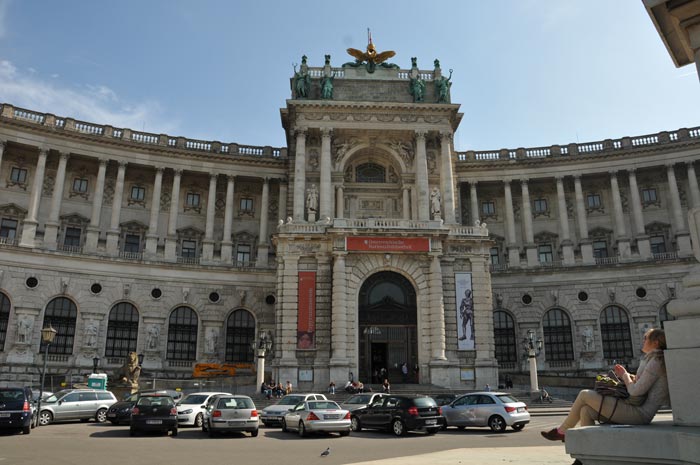 The National Library is located in Hofburg Complex and has the title of one of the largest libraries in Austria. There are also Museum of Art History, The Ephesus Museum and the youngest structure of complex, Neue Burg. During the excavations in between the years of 1896 and 1906, Austrian Archaeological Institute recovered objects which have highly historic and artistic values from the ruins of Ephesus. Within the necessary permissions, these findings were transported to Vienna and nowadays, they are being exhibited there carefully. 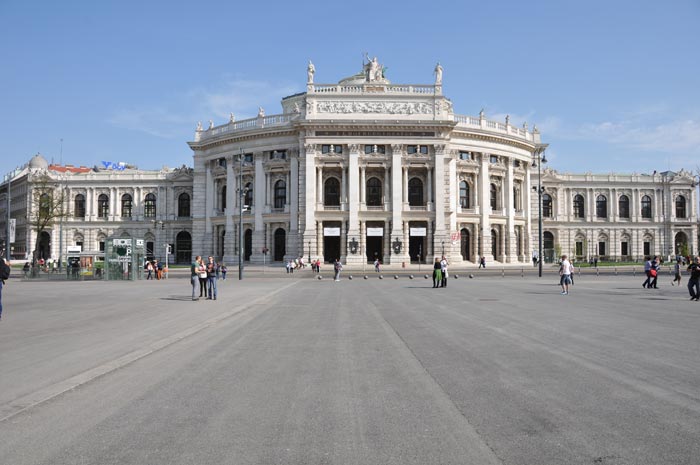 Art and architecture capture you at the every corner of the city. One of the oldest theaters of Europe and the best examples of classical architecture style has to be the famous Burgtheater building. It was constructed between 1874 and 1888 by Gottfried Semper and Karl von Hasenauer.

In the corner next to Burgtheater, there is a splendid place for a rest, called Cafe Landtmann that is famous for its one hundred year history. It is worth to try the cold drink Holunder Schorle which contains elder-flower and sparkling water. 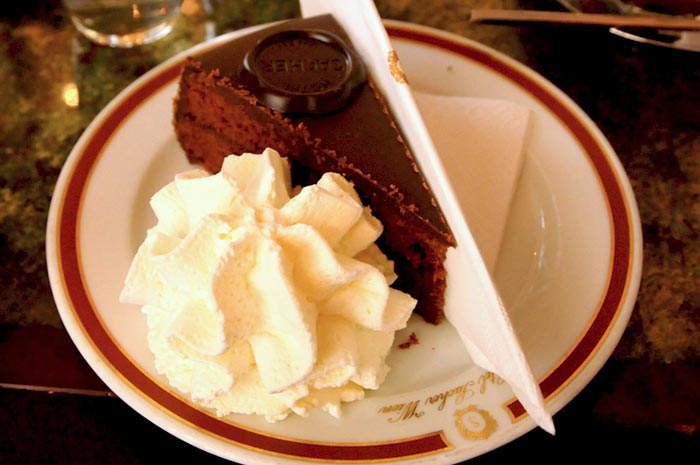 When we lost in charm of Vienna streets, we found ourselves at the patisserie in front of the Hotel Sacher. While coming to this aristocratic city, the exciting point for me was, of course, the chance of trying new and special tastes. Here is the famous Sacher Pie, originally called Sachertorte. Do not try it in other places, it would be a mistake. Invented by Franz Sacher in 1832, this delicious chocolate cake contains apricot marmalade, which is served with fresh cream. 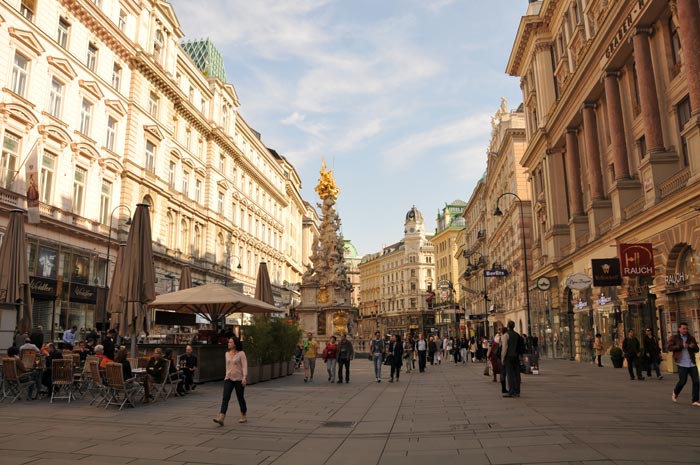 Along  the shopping street closed for vehicles, we encountered classical concert ticket sellers who dressed like a 17th century nobleman almost every street corner of Vienna, where keeps alive the music tradition for 300 years. Unfortunately, we could not arrange a night program in this limited time. Most probably, we would fall asleep before the concert begins. 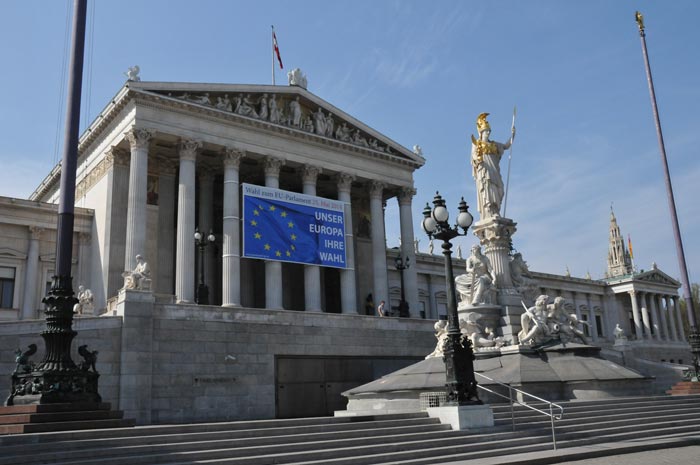 The Parliament Building of Austria. 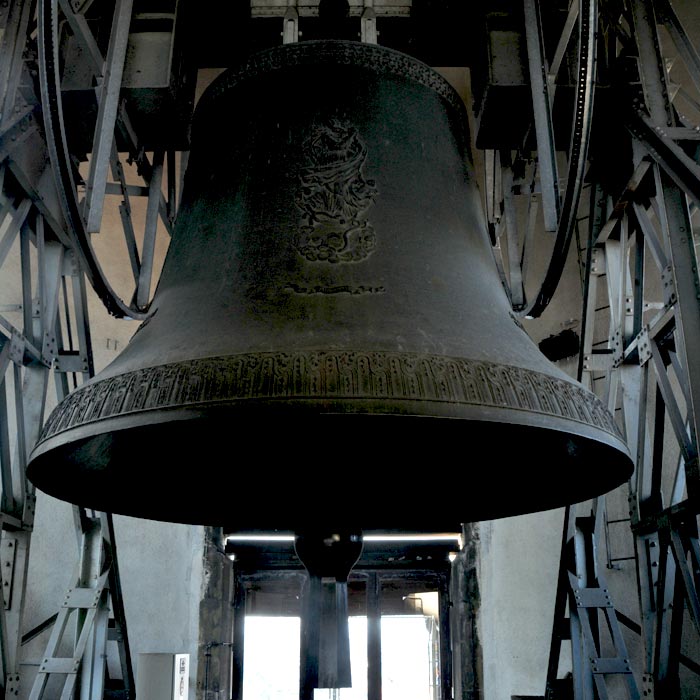 The huge bell Hummerin, on the tower of the Vienna Cathedral, was made of Turkish cannon balls and made by an ironmaster in 1711. If you want to see the bird’s-eye view of the city and the bell at 21,282 kg, it is possible from the tower.