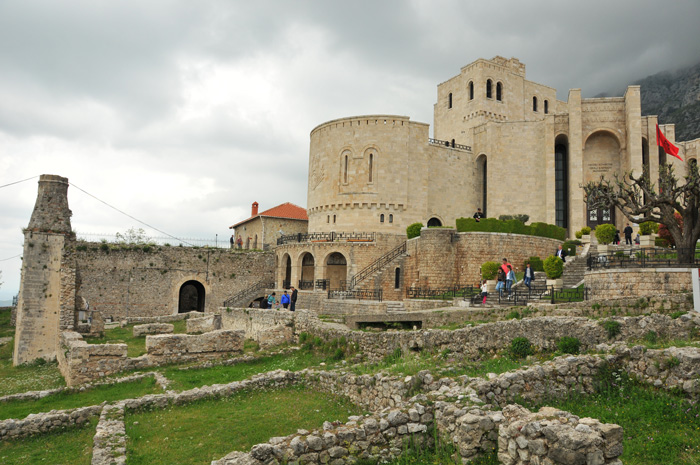 After the passage of the mighty castle gate of the fortress of Kruja, we arrived at the fortress's inside areas, where, according to the plans of a daughter of Enver Hoxha, an imposing museum of contemporary history was being built. 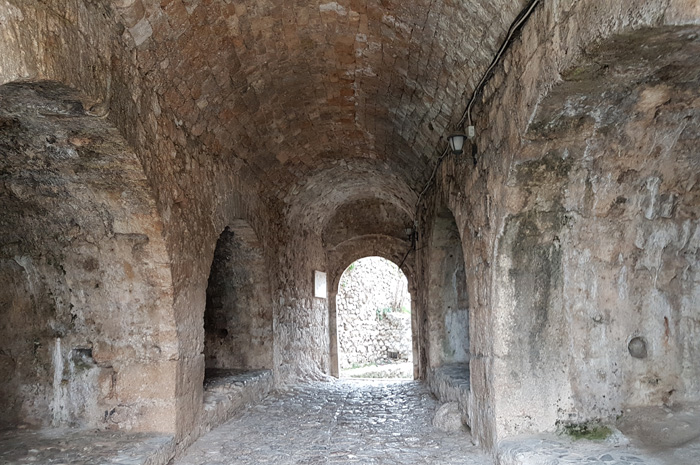 The museum shows significant relics from Illyrian times, but above all the history of the Albanian national heroes Skanderbeg. 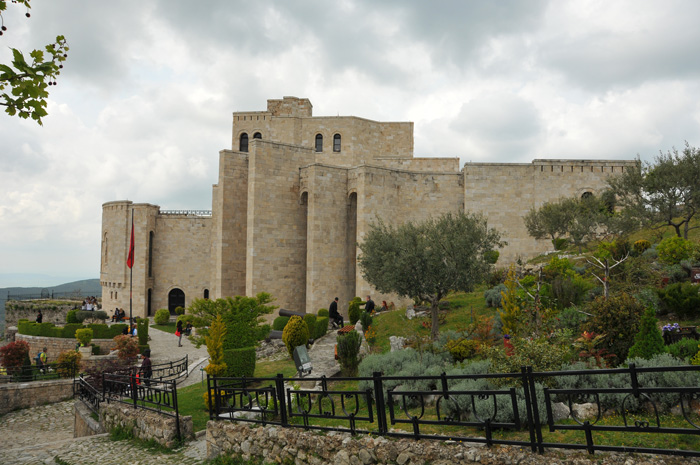 In the picture to see the model of an Illyrian war ship. 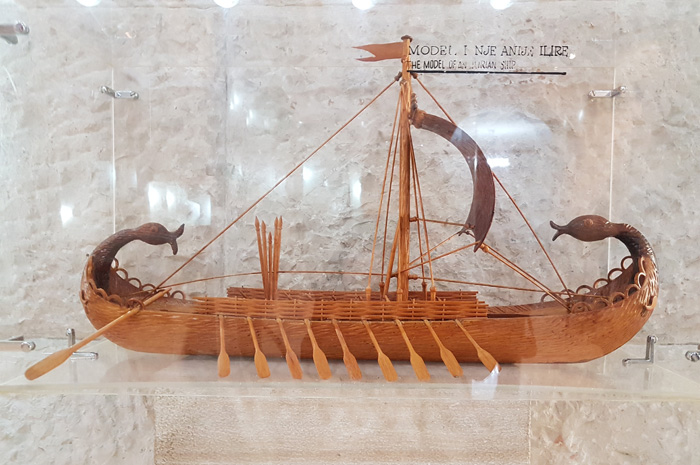 Right at the entrance to the museum: on March 1, 1444, Albanian and Montenegrin nobles assembled on the initiative of the "Ottoman conqueror Skanderbeg" in St. Nicholas Church in the then Venice-owned Alessio (Lezha). The representative of Venice was also present. The "League of Principalities of Albania" (Lidhja e Principatave të Arbërisë) was launched, which unanimously decided to surrender Georg to the command of the troops. 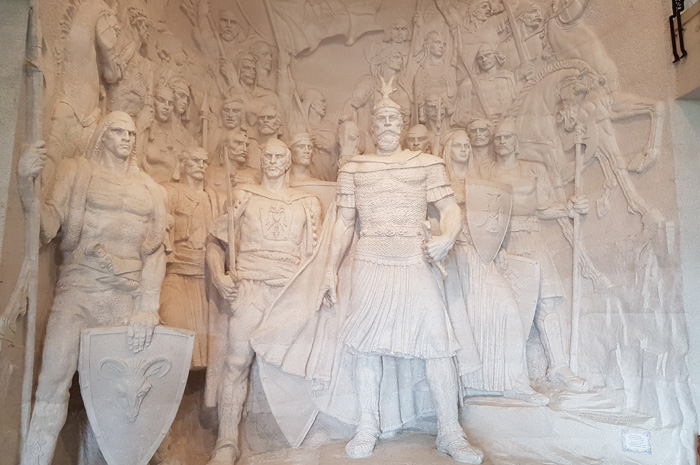 Georg Kastrioti, later on called Skanderbeg, came from the nobility of Kastrioti in the rank of a prince, who was trained as a military commander. From 1423 to 1443 he served the Ottoman Empire, from 1443 to 1447 the Republic of Venice and from 1451 until his death the Kingdom of Naples. Important epochs of this story are illustrated in large pictures. 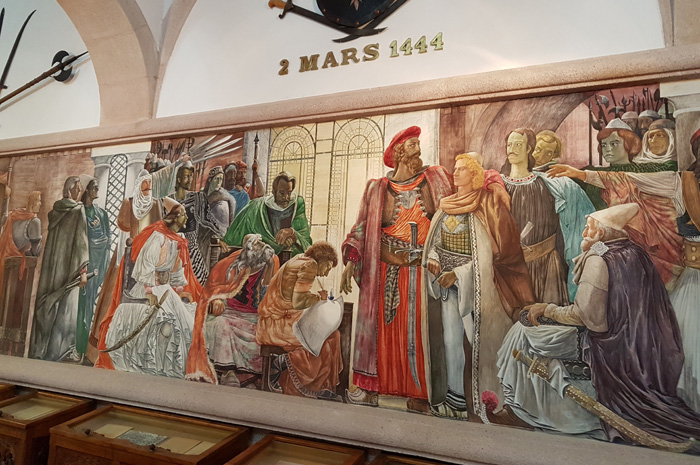 By his defense of Albania against the Ottomans he became famous and by Pope Calixtus III. received both the title "Fidei defensor" (defender of faith) and the title "Athleta Christi" (defender of Christianity) in 1457. Today he is celebrated as Albanian national hero by many Albanians as well as by numerous Europeans. 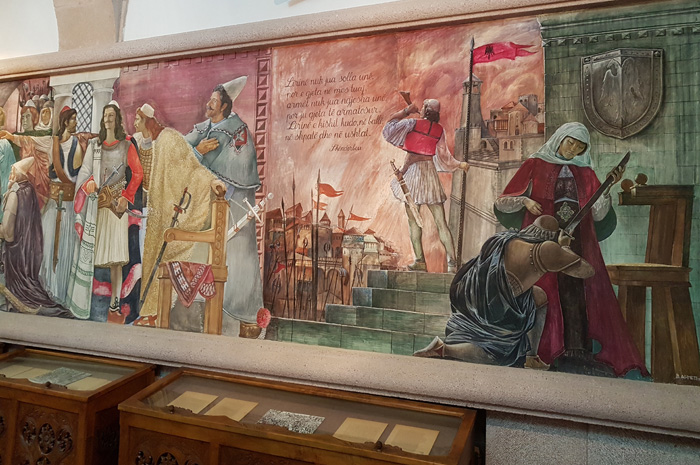 In order to escape the growing pressure of the Ottomans, Skanderbeg sought good relations with the only neighboring Catholic country, the Republic of Venice, and became their vassal. In the archives of Venice he is mentioned as "dominus satis potens in partibus Albaniae" (mighty lord in a part of Albania) in 1407. 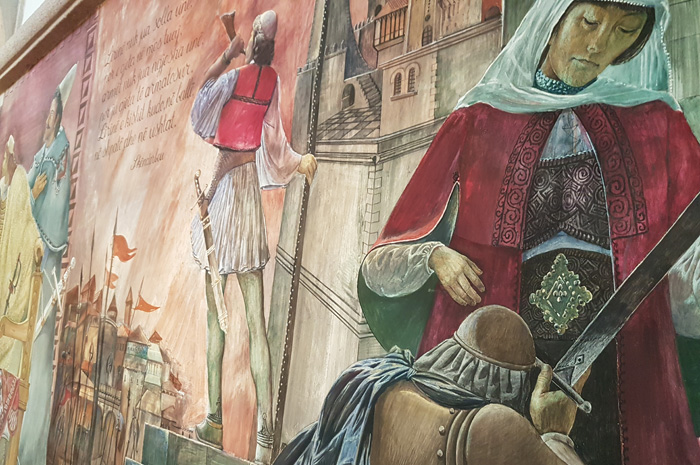 But when there was no interest in a warlike conflict with the Sultan of the Ottomans, Skanderbeg returned to Ottoman service in 1410. He was forced to pay tribute to the Sultan and to support the Sultan's wars in the Balkans. 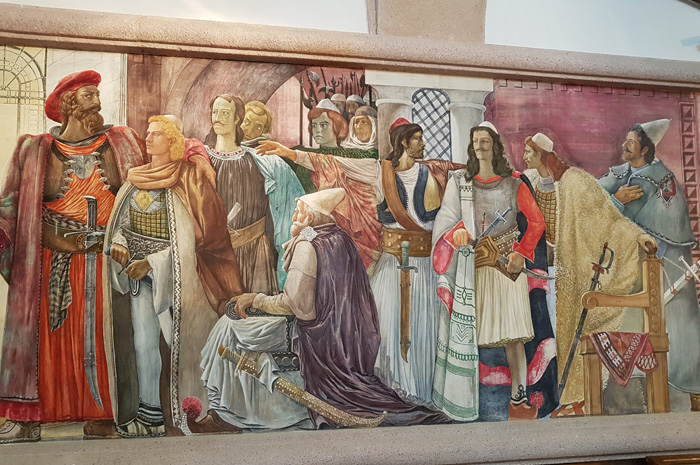 He also had to leave his eldest son Stanisha as a pledge for his loyalty to the Sultan, he needed to convert to Islam, the strategically important region of Dibra, his fortress Sfetigrad in northern Albania and the capital Kruja needed to be given away. In return, the Sultan undertook to raise the boy in his faith (Catholic) and to take his legacy after the death of his father. 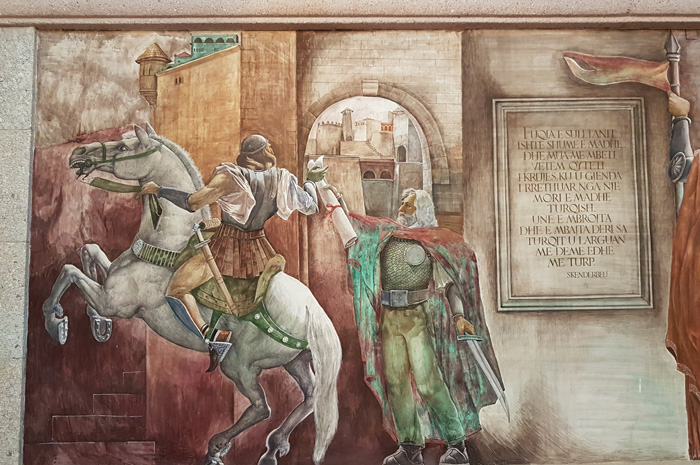 When, in November 1443, the Hungarians triumphed over the Ottomans in Niš, Skanderbeg left the Sultan's army with the noblest of 300 Albanian knights, including his nephew Hamza Kastrioti, and headed for Albania. 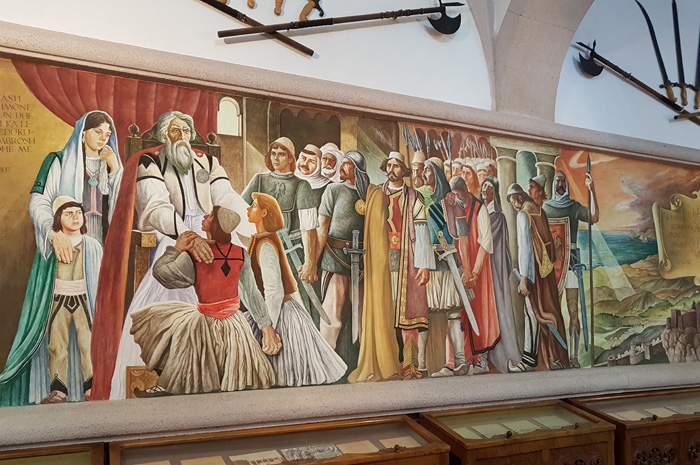 Once there, he falsified the edict of the Sultan and from Hasàn Bey Versdesa, Pasha in office, he received the surrender of the fortress of Kruja and the paternal principality without a fight. During the celebrations for the transfer of the fortress, the small Ottoman contingent was killed, including Versdesa, who was sitting next to George at the banquet and was killed by George personally. 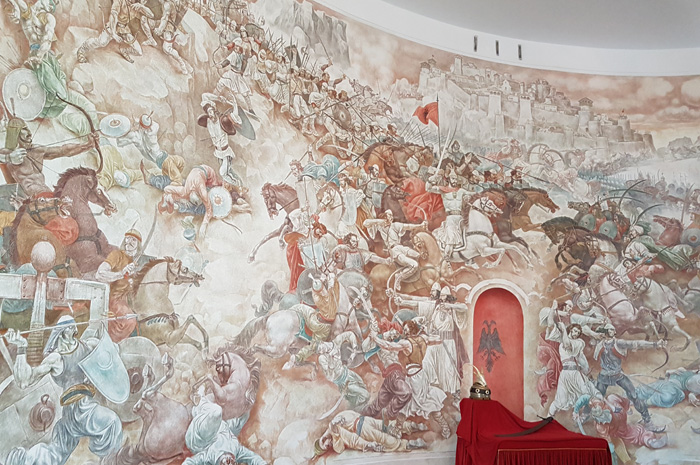 In the same night, the flag of half-moon was replaced with the flag of a double-headed black eagle on a red field: "Rubea vexilla nigris et bicipitibus distincta aqulis gereba." 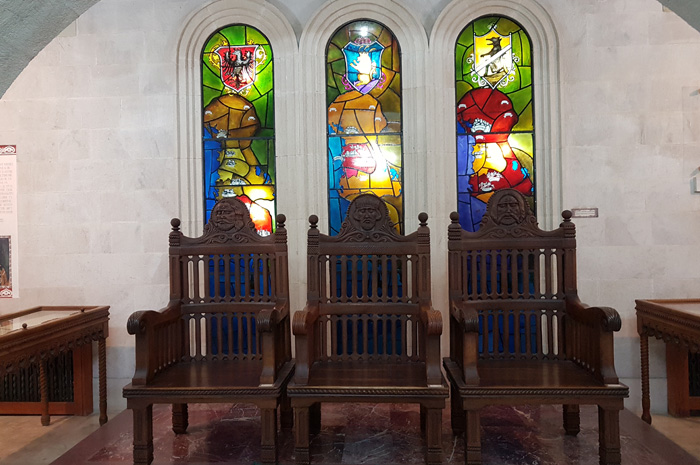 The next morning there was no Ottoman in the city, except those who had converted to Catholicism. George himself and his nephew Hazan also turned to Catholicism. On September 28, 1443, he was crowned Prince of Albania in the Cathedral of Kruja. George ruled the Principality from 1443 to 1444. 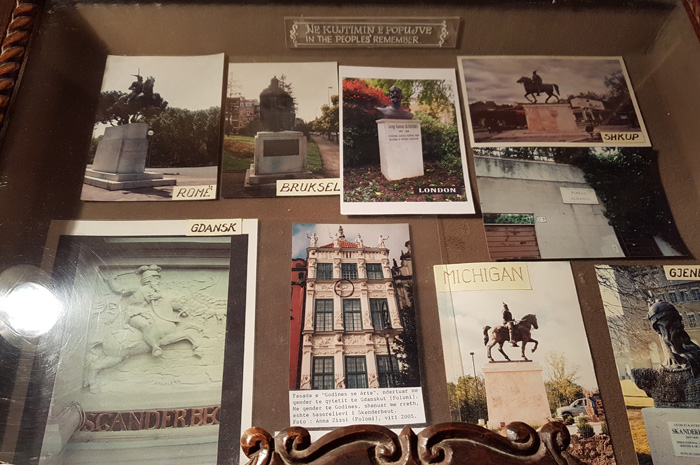 Kruja - center in the strugge for freedom against the Ottoman