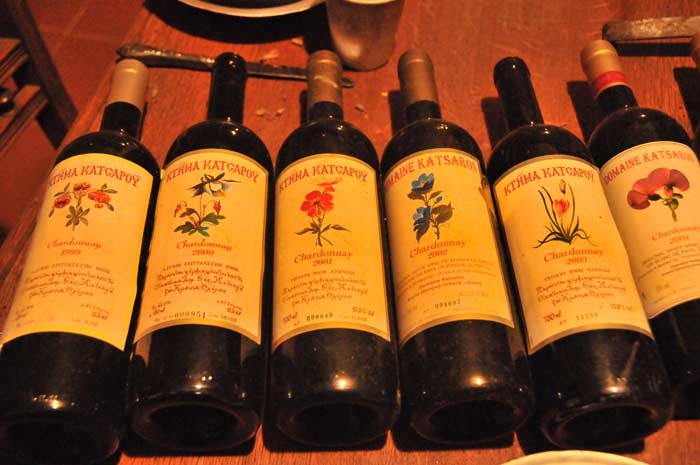 Our acquaintance with Nikos Papadimitriou had led us on a wine discovery tour to Rapsani in Thessaly. Just across the street from the Rapsani train station, we had arranged to meet in a small restaurant for a wine tour. 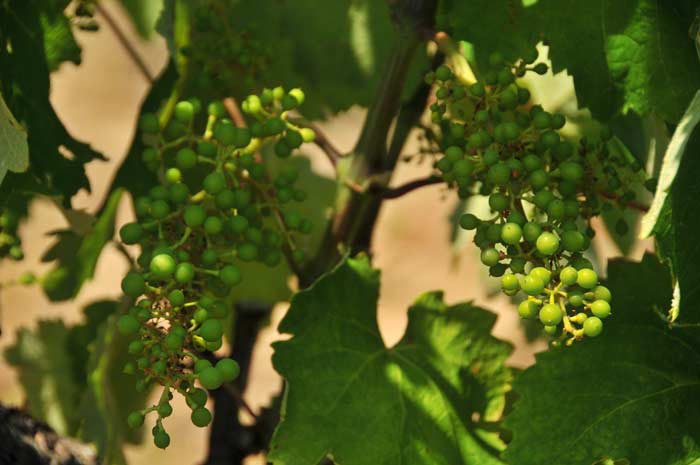 Viticulture in Greece has a long tradition that goes back to ancient times. During the time of the Byzantine Empire, at the latest when Greece became part of the Ottoman Empire from the 15th century, there was practically no further progress in viticulture. It was not until the end of the Greek military dictatorship in 1974 that the political framework conditions for quality winegrowing were restored. 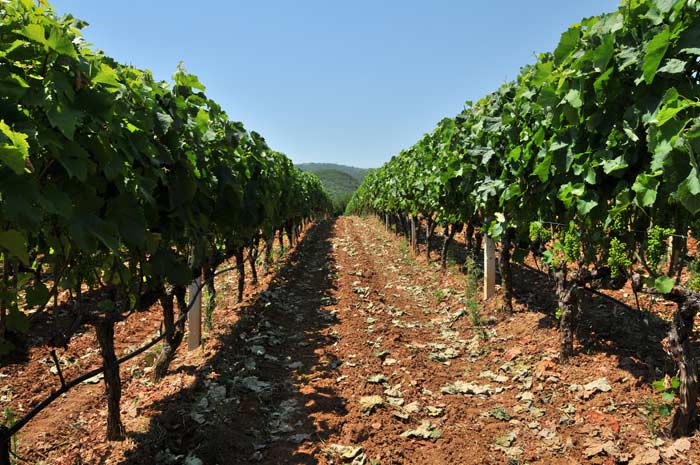 In the last 20 years, Greek winemakers have switched to producing the majority of dry wines. After a period in which viticulture was dominated by winegrowers' cooperatives, private wineries have been setting quality exclamation marks since the 1970s. By investing in the wine cellar, top Greek companies have been able to build on international standards since the 1980s. 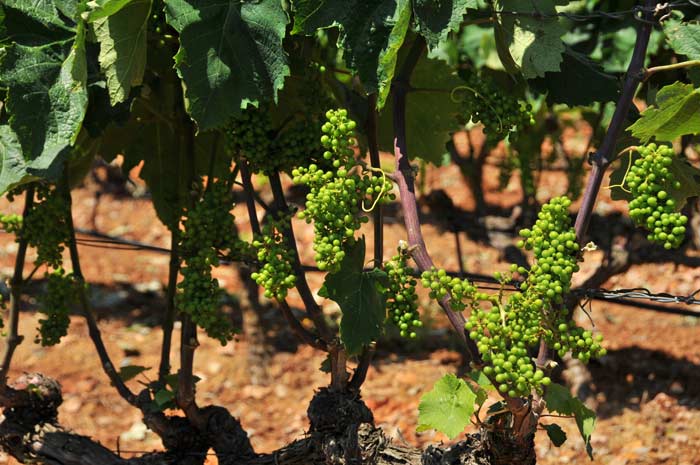 A consistent clearing program of inferior grape varieties and the withdrawal to higher, cooler areas in connection with modernized cultivation methods and the cultivation of quality grapes are signs of a new quality policy in viticulture in Greece. The central wine institute in Athens ensures that the Greek wine industry continues to develop in terms of quality. 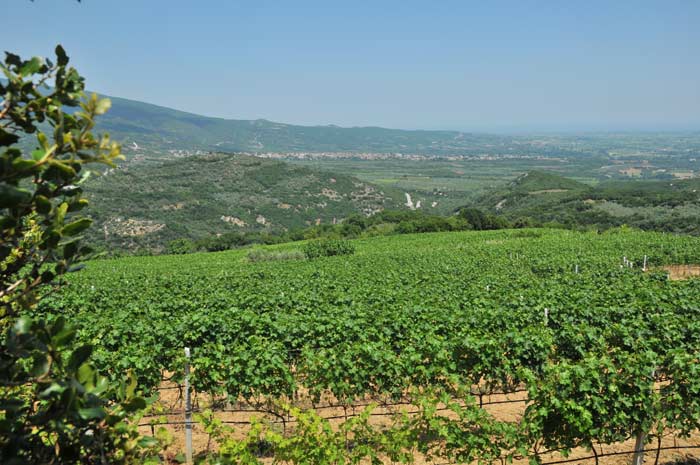 The overall mild climate with sufficient hours of sunshine in a mountainous landscape with mostly calcareous and occasionally volcanic soils create the conditions for the development of good wines. At the same time, viticulture benefits from the diversity of the soils and the large number of local grape varieties, the potential of which has not yet been exhausted. 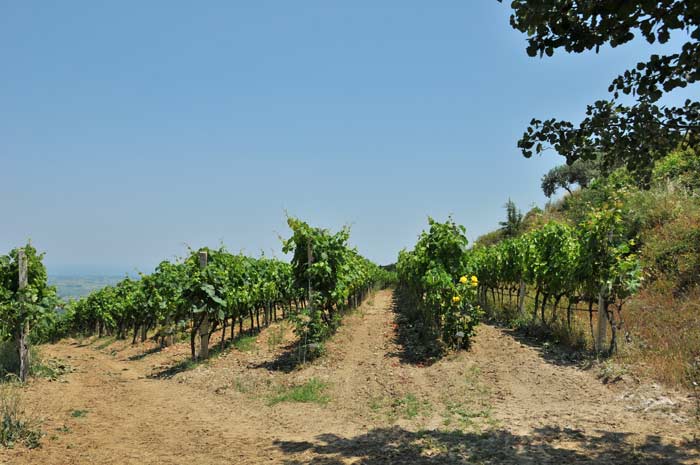 The Thessaly region is located south of the Macedonia region and north of the Central Greece region. Only the peripheral areas of the plains were allocated to viticulture. Recommended grape varieties are Assyrtiko, Roditis and Limnio, which are complemented by the international varieties Cabernet Sauvignon and Syrah. 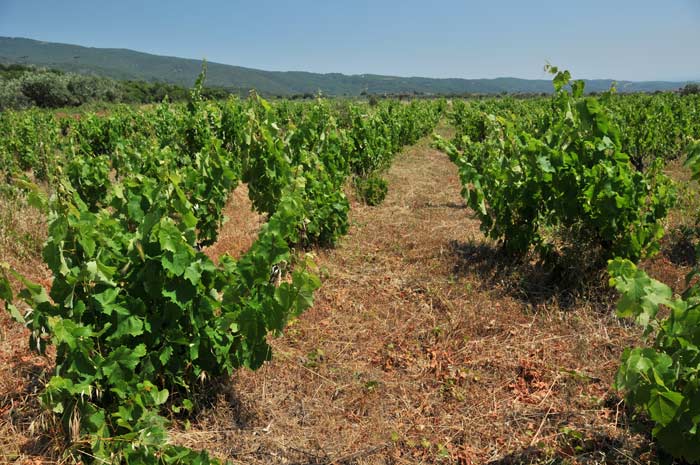 The varieties Cinsault and Batiki are also permitted. According to an analysis by the Viticulture Institute of Athens, the region, with its independent Limniona, has a variety with high quality potential. It was therefore recently added to the list of recommended varieties. Even the first fields of ecological viticulture can be found at Rapsani. 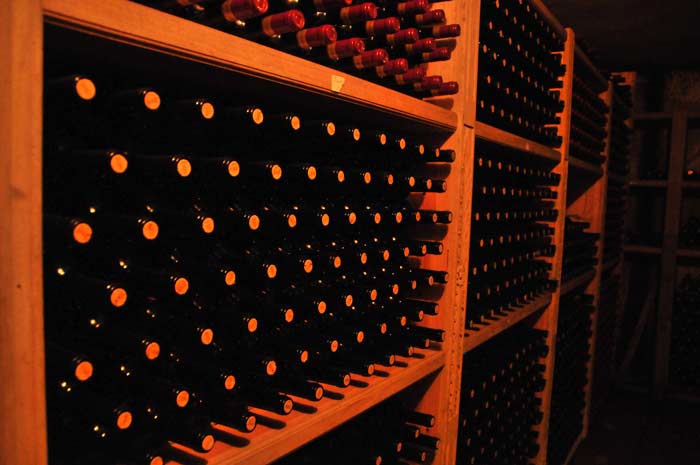 With the Rapsani growing area, the Larisa regional district has the most famous OPAP wine in the region. The vines grow up to a height of 700 meters on the lower slopes of Mount Olympus. 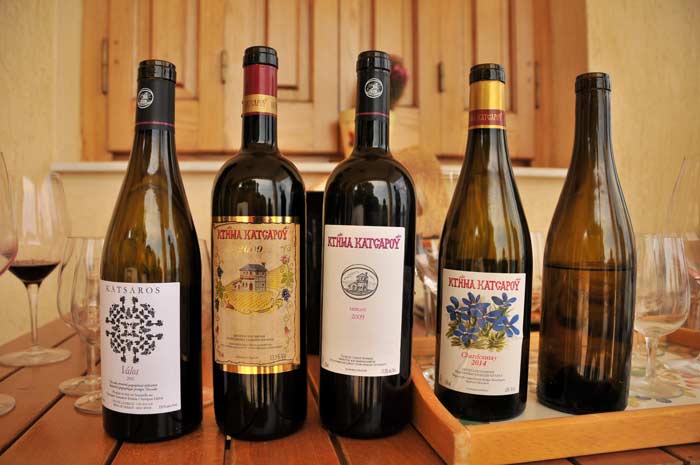 Due to the privileged location at the seat of the Greek gods, Rapsani was repeatedly associated with nectar, the drink of the gods. 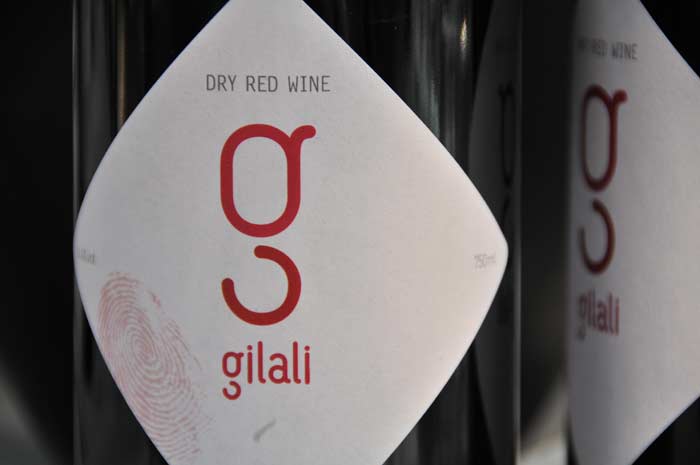 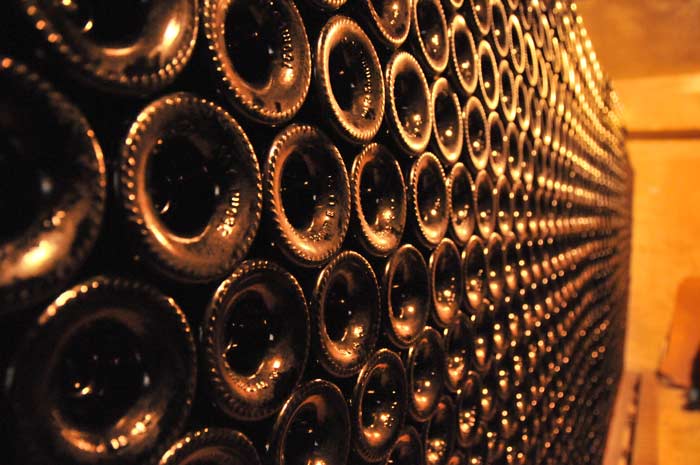 Since Dimitris Katsaros of the Katsaros Estate winery found the regulations too restrictive, he had the town of Krania removed from the Rapsani regulations and had the country wine Krania defined, for which Chardonnay, Cabernet Sauvignon and Merlot are permitted. 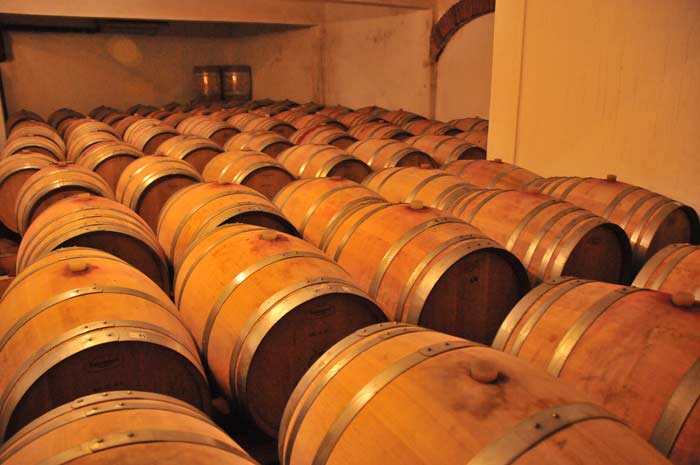 There is a large wine-growing area around Tyrnavos, which mostly supplies bulk wines or basic products for the tsipouro. The most important grape varieties are Muscat de Hambourg and Roditis. 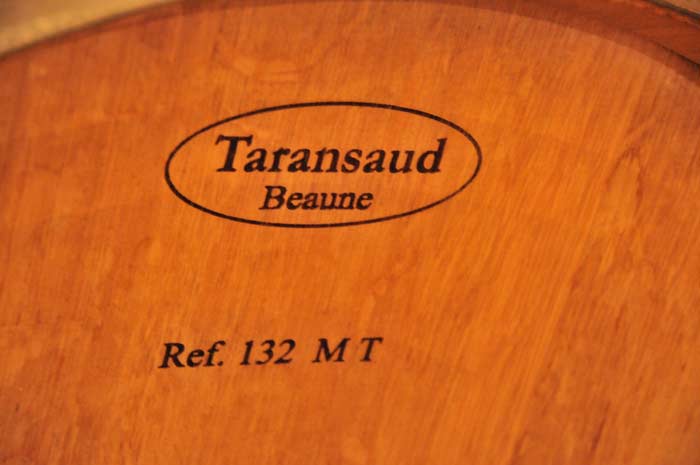 However, if a winemaker wants to use the name Tyrnavos on the wine label, the dry white wine made from Roditis and Batiki and the dry red wine must consist mainly of Cabernet Sauvignon. 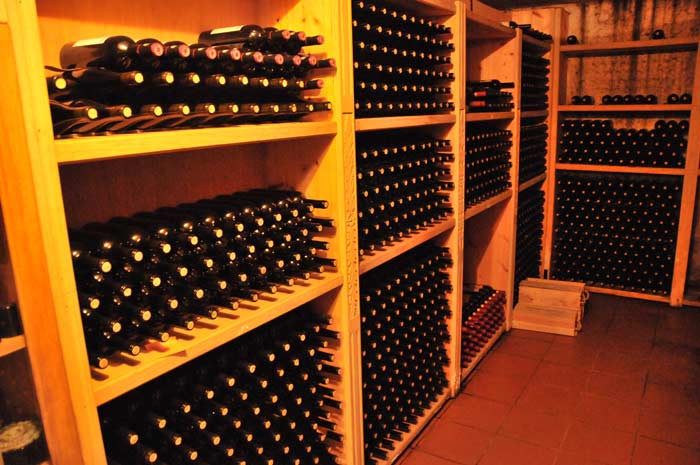 Commercial viticulture is very modest in the Trikala regional district, although the cultivation of vines has a long tradition near Meteora. Karditsa, on the other hand, has the Messenikola, a red wine in the OPAP category. The wine-growing area extends as far as the 800 meters high Plastiras reservoir. 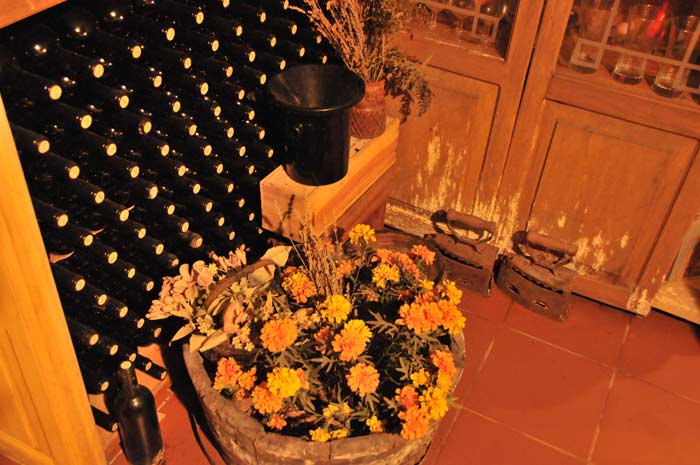 Publius Vergilius Maro has already reported on the confusing large number of Greek grape varieties. In his work Georgica it is stated: 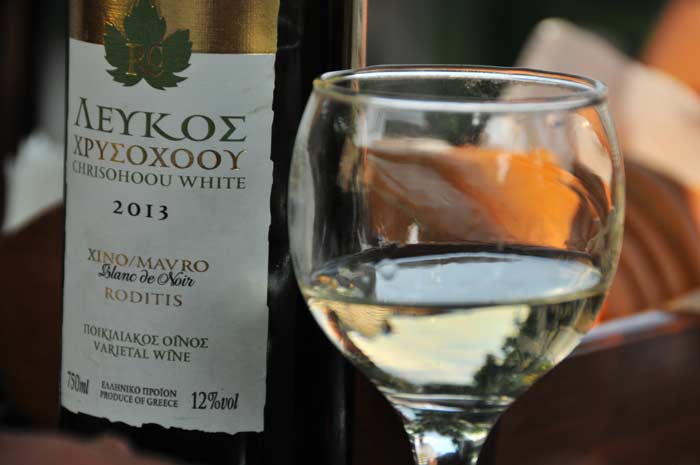 “But how rich in species they are, and in names how many, If the number is missing, and not yes, to put them in number, it is rewarding. Anyone who desires to count them desires to explore the Libyan ebb and flow of sand, how much is rolled in the vest; .... "

From Vergina to the Macedonian royal tombs

The Wine Network and Turkish Wines and Oils

Dernau, the wine paradise lures us to the Ahr (Coming soon)