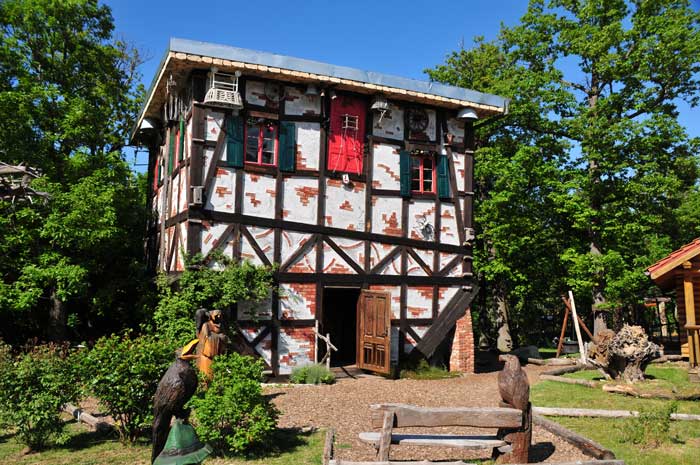 Nearly everyone has heard of it before: The so-called witches dancing place is a high plateau in the Harz, about 454 m above sea level, which lies high above the Bode river valley opposite the Roßtrappe in Saxony-Anhalt. 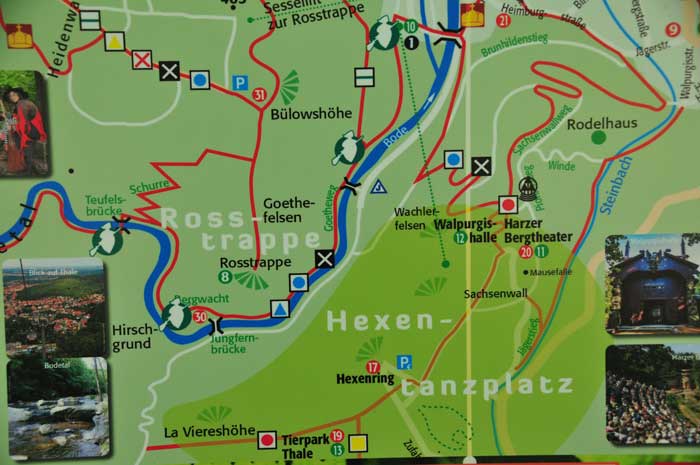 Several ascents lead from Thale to the Hexentanzplatz, which is also said to be an old Saxon cult place where festivals were held on the night of May 1 to worship the so-called “Hagedisen” (forest and mountain goddesses). 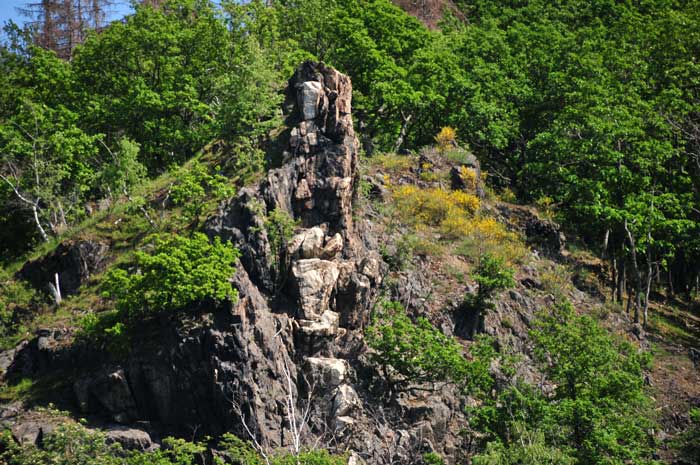 We parked our vehicle near the ascent to the witches dance floor at a restaurant that, surprisingly (Corona was still acute), was already open, some outdoor tables had caused some motorcyclists to stop. 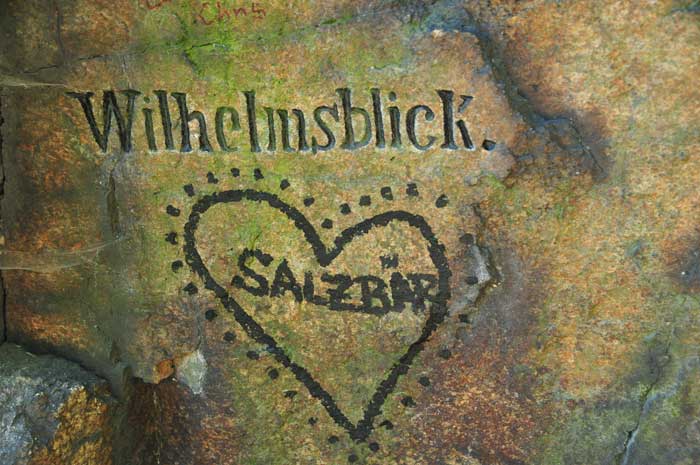 First a few meters along the busy road up to the Hexentanzplatz, quietness of the forest hiking way was preferable. And so we went up, not without stopping for a couple of photos on our way. 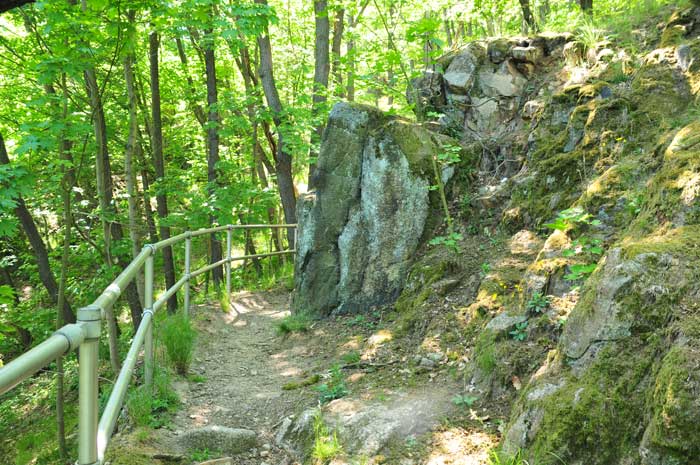 Partly well developed for walkers, the hiking trail was also equipped with some interesting highlights that excited us. Countless hikers in front of us had probably felt similar enthusiasm and carved small letters or pictures into the rocks. 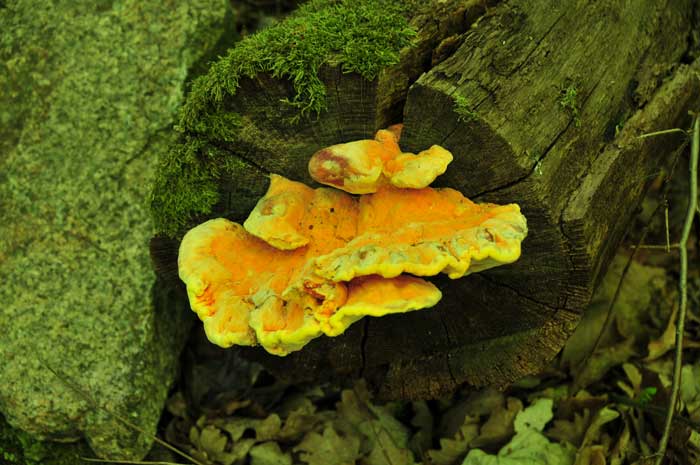 A little further on we came across a group of climbers who, as a family, equipped themselves with picnic utensils, had settled here at a steep wall. We paused for a moment and then continued our way. 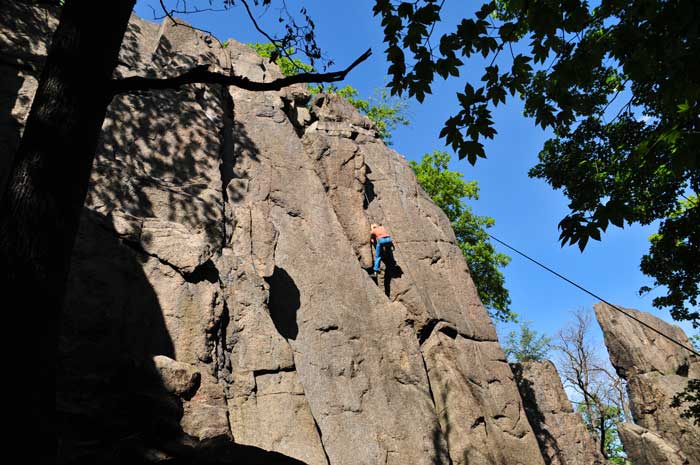 The path also led through a few passages, where the cliffs were close to each other, even a section through a tunnel hewn out of the rock. There was a lot of variety and always new photo motifs. But look for yourself, it is not far to Thale. 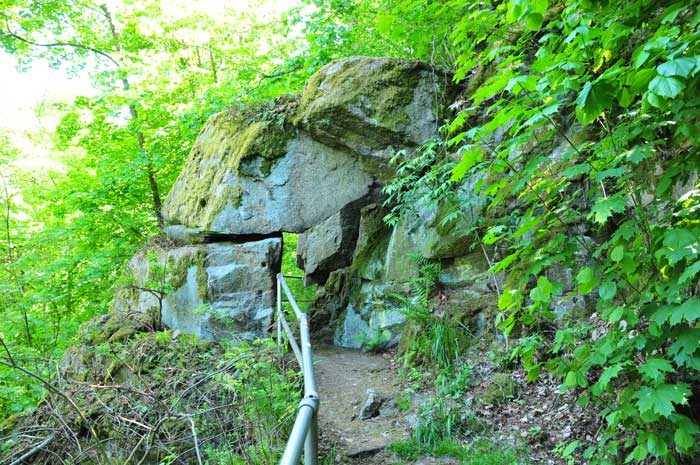 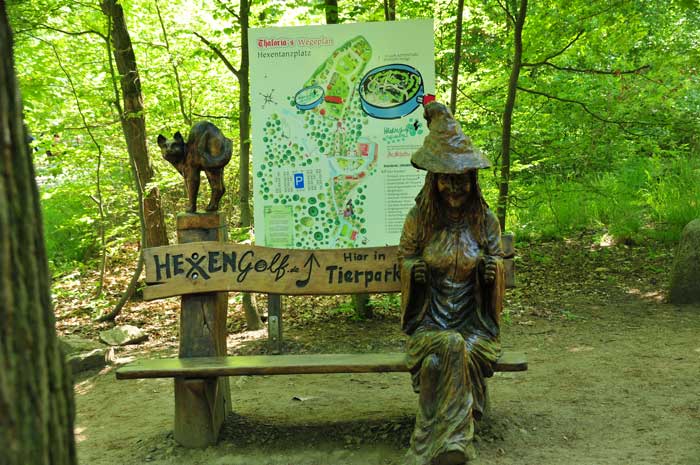 According to tradition, the place was guarded by Frankish soldiers to control the ban, who were chased away by Saxons disguised as witches and riding on brooms. Another old cult place of the Saxons is on the Brocken, the highest mountain of Harz rocks. 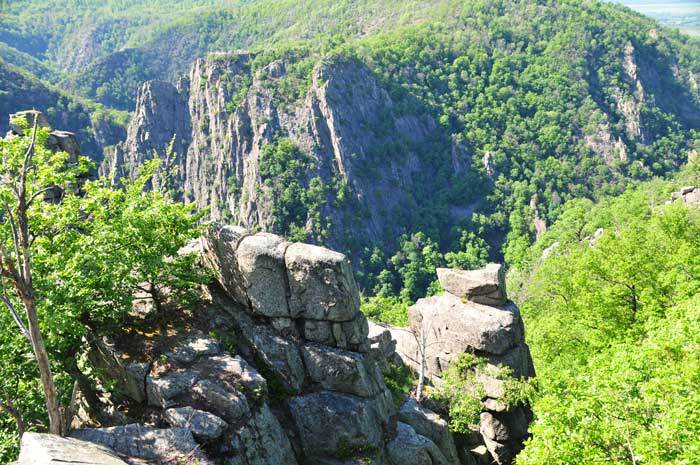