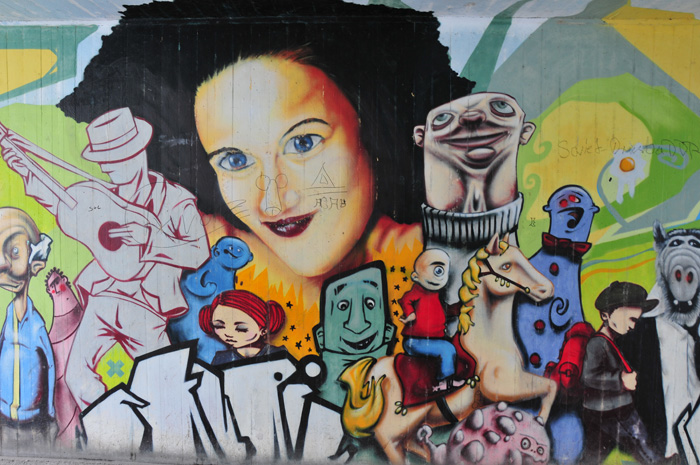 Our walks and excursions through the various cultural centers along our routes are always accompanied by a small view insight to the local street art, also during our visit to Rudolstadt. 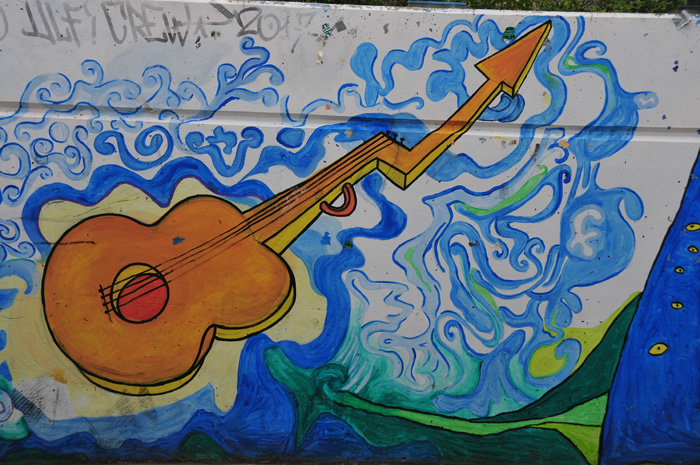 From Jena, the day trip together with Detlef had led us to the town of Rudolstadt, which is quite well-known due to the really huge renaissance castle above the town. 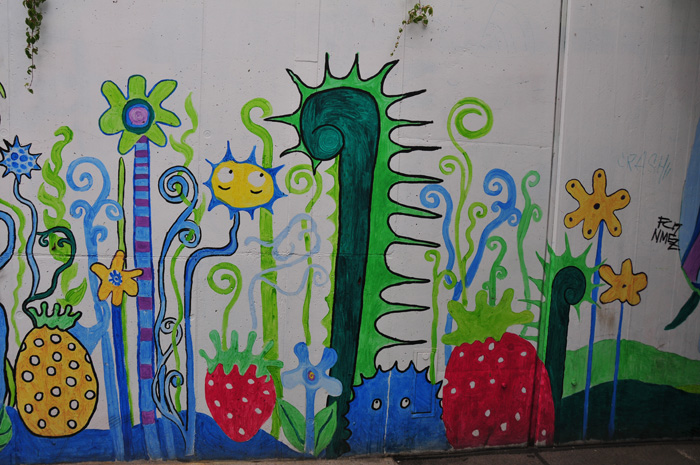 The former princely residence Rudolstadt is embedded in a valley surrounded by forest and stretches along a broad curve of the river Saale, which was particularly noticeable when we followed the official "tourist route" through the city. 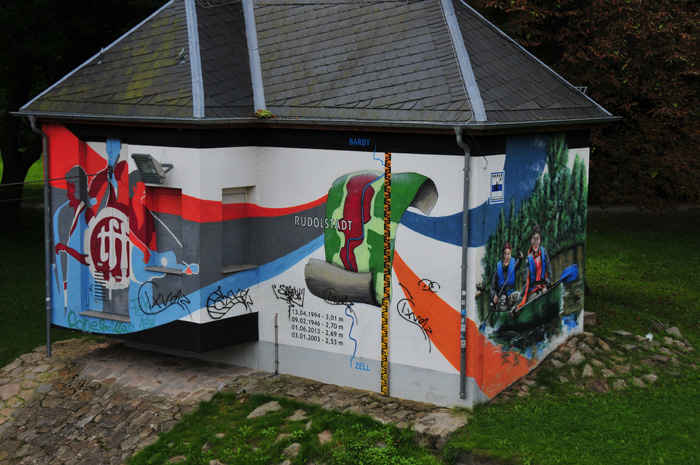 The route has been cleverly selected, which also extends through the park accompanying the Saale, where we first encountered a painted building. 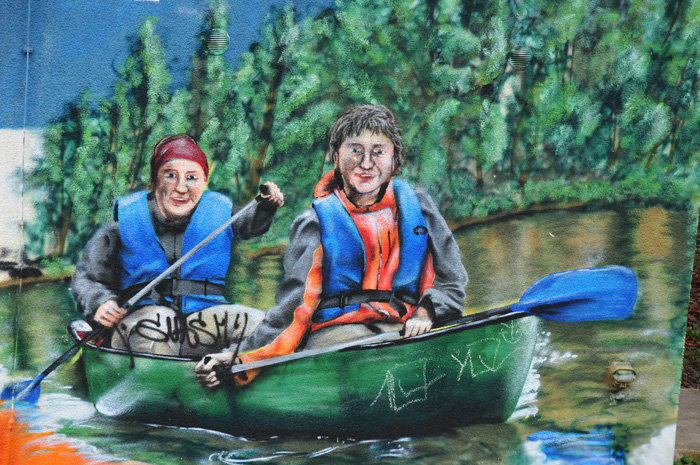 The function of the building remained unclear, but on the other hand the picture on the side facing the path: a clear announcement on the use of the Saale as a water hiker by canoe. 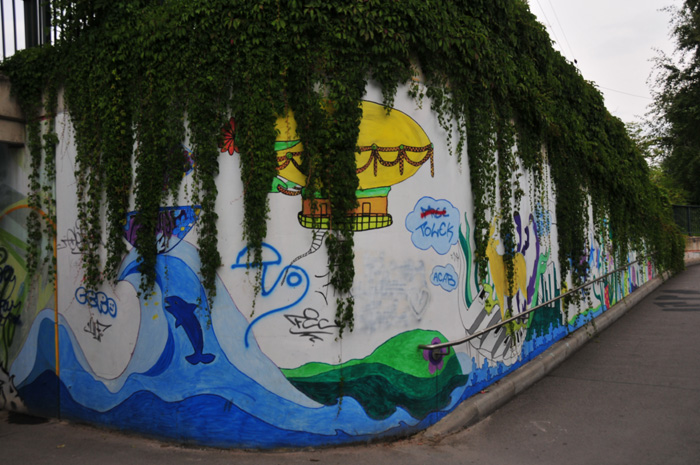 A little later, leaving the park, we came upon a very modern and well designed tunnel-bridge construction crossing Saale river and under the railroad line, which had been deliberately chosen as a point of departure for street art. 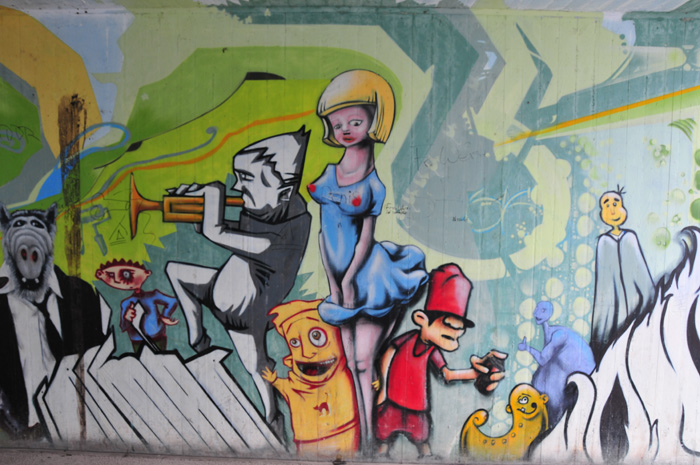 In any case, much more beautiful than just a view of naked, gray concrete, one has understood how to create a color scheme that has also been given a worthy frame with plants. 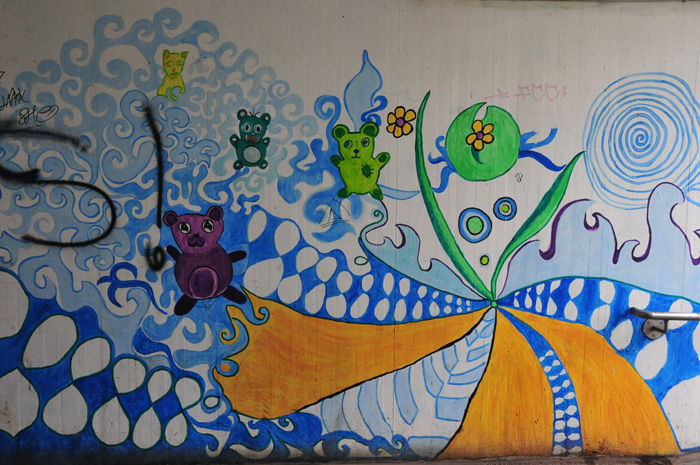 This is complemented by the really practical arrangement of the cycle path parallel to the pedestrian area, so the passage can also be overcome by driving. 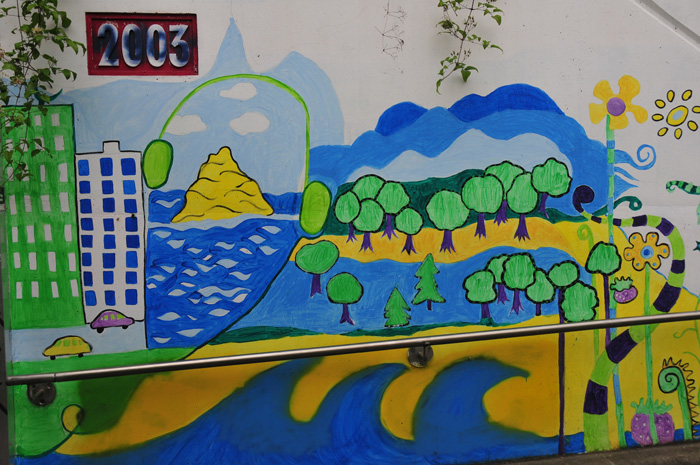 All in all, the image of the city, which is very much in the direction of tourism, is shown. The length of the designed itinerary, in spite of our initial skepticism, contributes in the end. 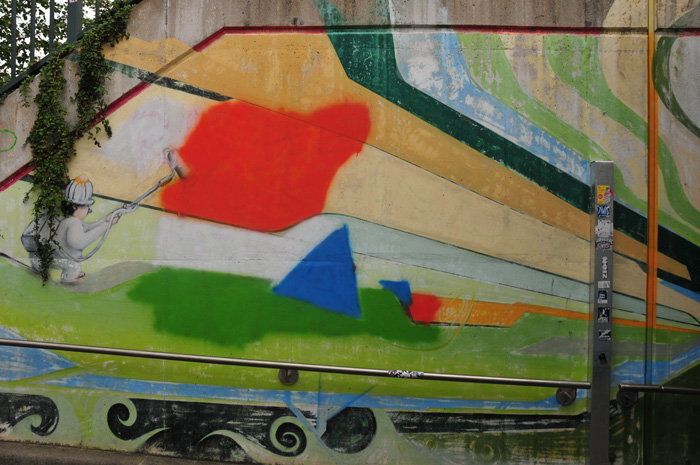 There is one very special event to be mentioned: The Rudolstadt Festival, the largest Folk-Roots World Music Festival in Germany, is held every year on the first full July weekend. It attracts musicians and guests from all over the world to Thuringia. It is the successor festival of the International Dance Festival of the GDR, launched in 1955 and the last time organized in 1989.

StreetArt in Vienna - beautify the grey of the highway pillars