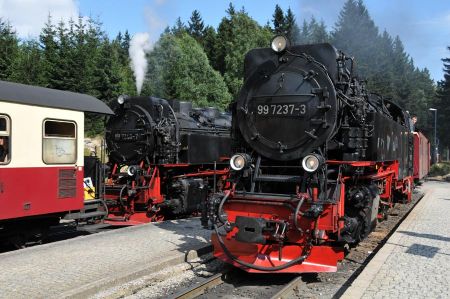 Our stay in Friesland had extended more than originally planned due to the extended visiting program, but there were many really interesting encounters with the local culture, which let the time flying by.

But now the time had come when Detlef, who had become a friend of many joint adventures in recent years in Turkey, was already awaiting further explorations in Halle. Immediately after falling of the German Wall, he moved his center of life to Halle an der Saale and meanwhile has his home there. So of course Detlef offered the joint explorations of the local environment, which gave us the chance to get a lot of information from first-hand.

But first of all, the journey to Halle – more things to see 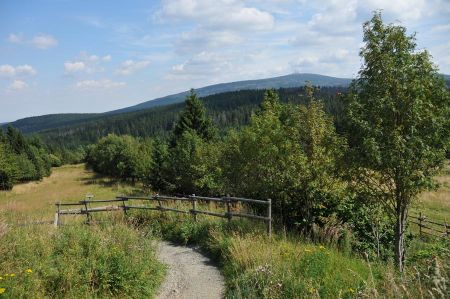 At least we wanted to include a destination in this day's stage, knowing that it would only be short stops and we had decided for a region, which many, many years ago has been the destination of short breaks several times. So we passed Bremen, passed Hanover to the exit at the highway direction to Seesen, where we left the highway and then drove towards Clausthal-Zellerfeld. After a short stop in Bad Grund we continued to Clausthal-Zellerfeld, where we wanted to see the "Market Church of the Holy Spirit", as one of the largest wooden churches in the world. The church building from 1642 is located in the center of Clausthal and can accommodate more than 2,000 people. The construction of the baroque church, which was made of solid wood only, was a model for other churches in northern Germany, including the St. John's Church in Wolfenbüttel. Exceptional ore deposits had forced the founding of the church at the time, the free cities of Clausthal and Zellerfeld get rich and grow, so that a huge church for the faithful people was needed. By the help of foundations of high mountaineering  officials and the associated intertwining of church and mining, a significant interior design was possible, which is second to none today anymore. Unfortunately, we had a bit of bad luck that day, because renovations to the building had led to the temporary closure of the building.

Stopover at the Oker Dam for a quick meal 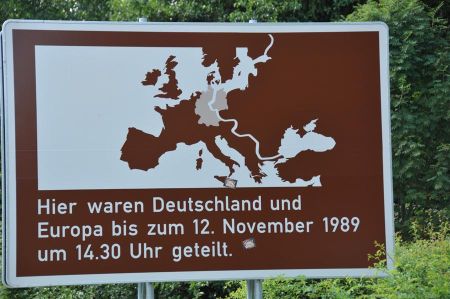 So we continued the way and drove to the Oker Dam, where we took a short lunch break on the shore with a hearty snack and also briefly visited the dam, which is built in arch form about 75 meters high and 260 meters long. Now in August, the reservoir was filled only slightly, because in addition to the regulation as a flood protection and low water increase, the volume of the 47 million m3 water damaging structure of power generation in the Romkerhalle hydropower plant. With construction beginning in the years 1938 to 1942 then due to the war a building freeze appeared, which was not repealed until 1949 and so the construction could be continued. Heavy flooding in the cities of Wolfenbüttel and Brunswick in the snowy winter of 1946/47 had clearly shown, how important the construction of the dam was.
Our way leads us past the Romkerhaller waterfall further in the direction of peat house, which could offer with wonderful prospect on the Brocken this day. How many times we went down the toboggan run, how often were sledges and bobs "broken"? How great it was when you finally could walk from the peat house to the Brocken after the fall of the Wall. With friends from London we had chosen the wonderful hiking trail through the almost untouched nature up to the Brocken on New Year's Morning in 1990 and later the way back to Schierke descending again. An unforgettable experience despite considerable freezing coldness with large snowdrifts at the summit.

Lot of places to remember past visits

We now drove in the direction Braunlage, because we wanted to look at the plaques shortly after leaving Braunlage to the old border line. Even before the falling of the Berlin Wall we had the opportunity to see the border fortification from the east with a friend from Wefensleben. Quickly the memories of Wilhelm were there again, who drove us in his Wardburg through Schierke his time. Unforgettable is the stop in a restaurant where we could enjoy a delicious meal for 1.45 Ostmark, including soup, main course and drink. When we got pineapple offered as dessert (somehow the forced daily exchange was to be issued), for a slice of pineapple 3.45 Ostmark was additionally due. Hard to understand today.
Now it was on to Schierke train station, where at the time there was a special cookie available called giant windbag at the station restaurant, which was so well “designed” with all sorts of witchcraft tools and witch figures that it almost got to watch with fear. Unfortunately, the restaurant was completely gone, so we only took a few photos of the Brocken Railway, which was just transporting tourists up to Brocken. As well  a great short trip destination, which we can recommend to anyone. The narrow gauge railway is still steam operated and thus a real experience. 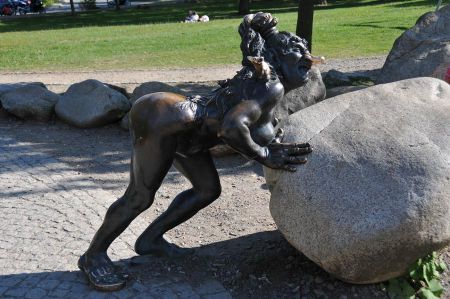 We then continued to the Witches Dancefloor (Hexentanzplatz) near Thale, which offers a magnificent view of the surroundings, one must have seen once. Despite the great view, the entire orientation of the Hexentanzplatz was too much commercial for us. The authenticity of the past was gone. Too bad. Of course, time is advancing and people's demands are changing, but building huge parking lots is perhaps too much of a good thing. We went to the individual vantage points, took some photos and then continued our journey towards Halle. Along the way, we noticed some other goals for the future, which we quickly noted.
Shortly after Nordhausen we drove back to the highway, later we could also take a look at the Kyffhäuser with its huge monument. Just an hour later we were in Halle already and even found the apartment of Detlef thanks to the Navi right away. A short phone call and a few minutes later the joy of reunion  was huge. Almost 1.5 years have passed since the last meeting. So the rest of the day consisted of reports of the experience during a leisurely meal in a Halle restaurant. For the next day already Detlef had planned a trip to Leipzig.

Cross-country and sliding in the Harz - everyone loves it!
From Torfhaus to Radau Waterfall at Siberian cold

We have 345 guests and no members online