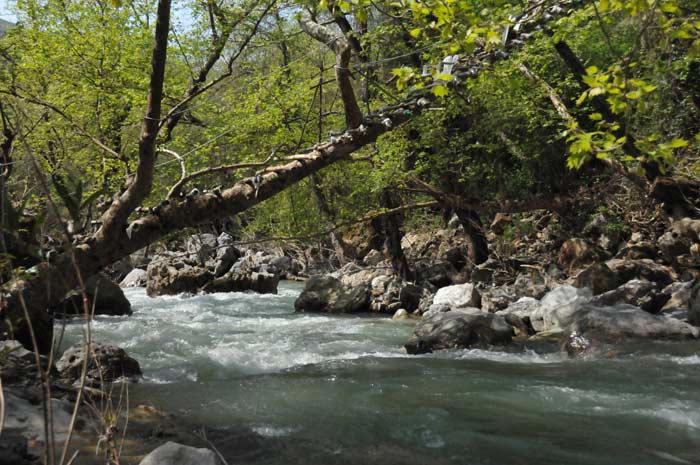 Another excursion brought us to the Alara River, where we met a shrubbery path referring to an "inn" that could arouse our interest. 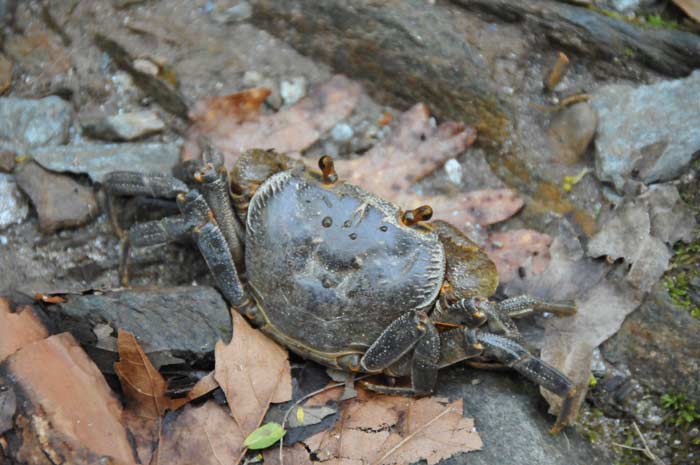 The first encounter brought us together with this crab, which was however not very interested in us. 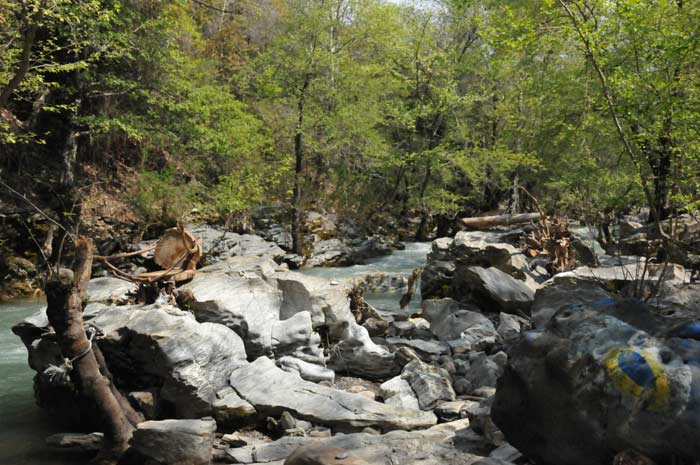 A little later we reached the riverbank and came across a chair furniture, which consisted of a thin plate of a tree cut by chainsaw. 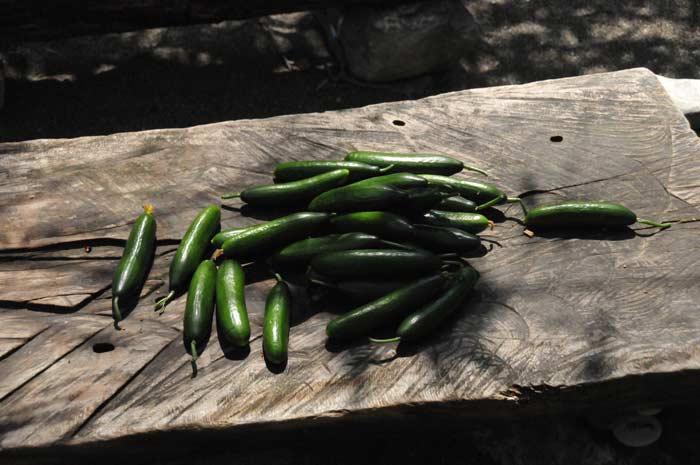 A little later these cucumbers were draped on half of a tree trunk! 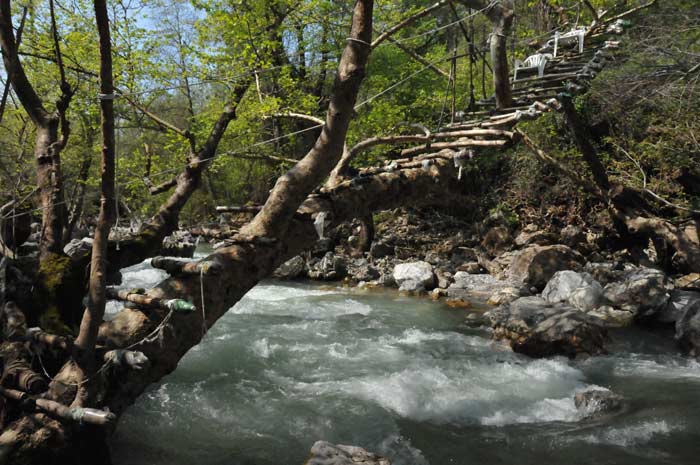 As well, the tree trunk grown over the river with the transversely applied branches gained our attention. 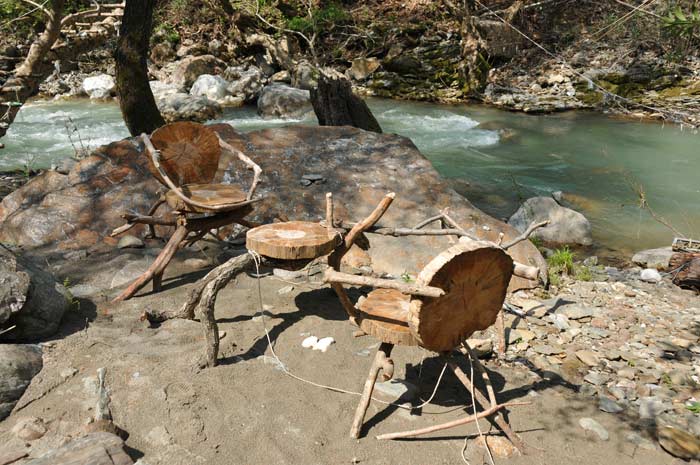 It became increasingly bizarre, because now we came across this chair group that was placed around the table. 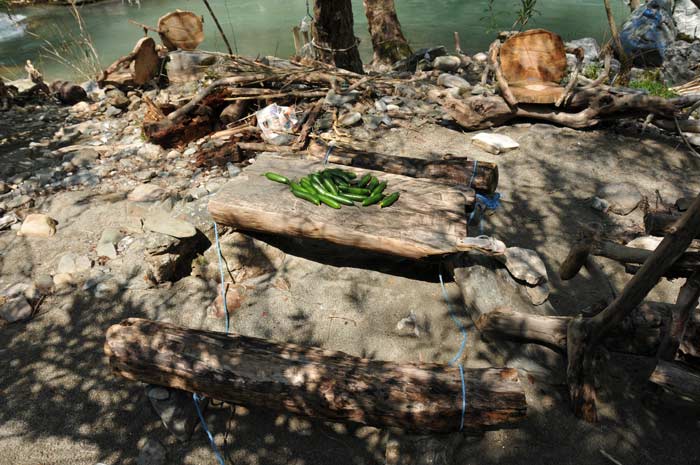 If the signposted guest house is around here? At least there was seating and something to eat! But there was no one to see! 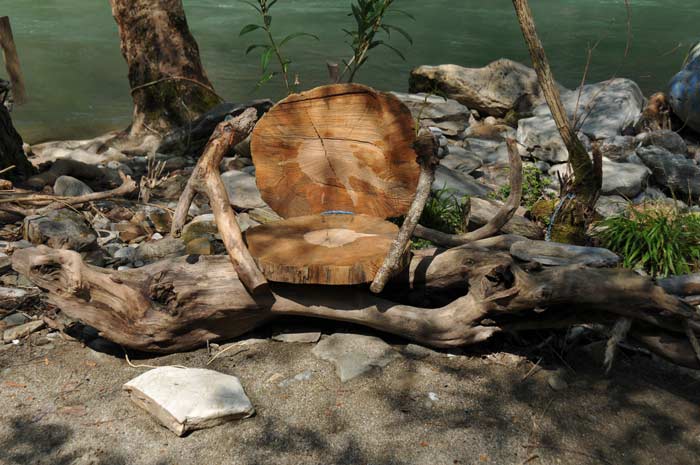 Driftwoods formed the base of this chair furniture. 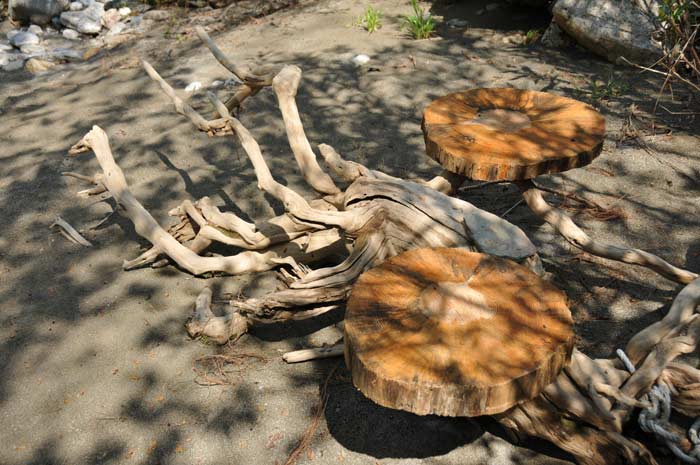 More driftwood as base for this double table. 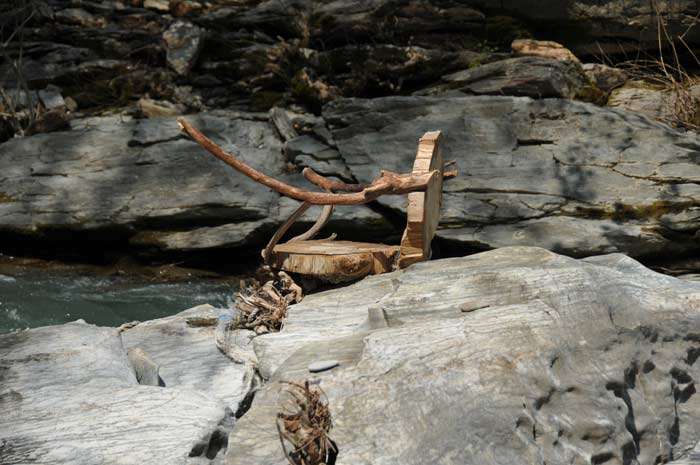 Also a great spot for fishing, directly across the river. 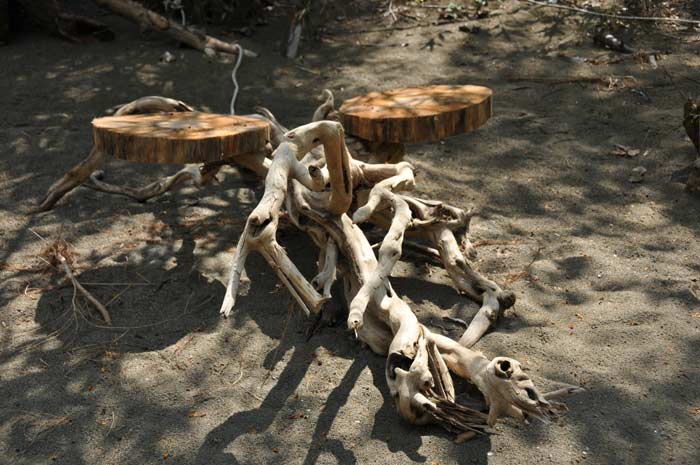 The double table from another perspective. Who thought up and made this arrangement? 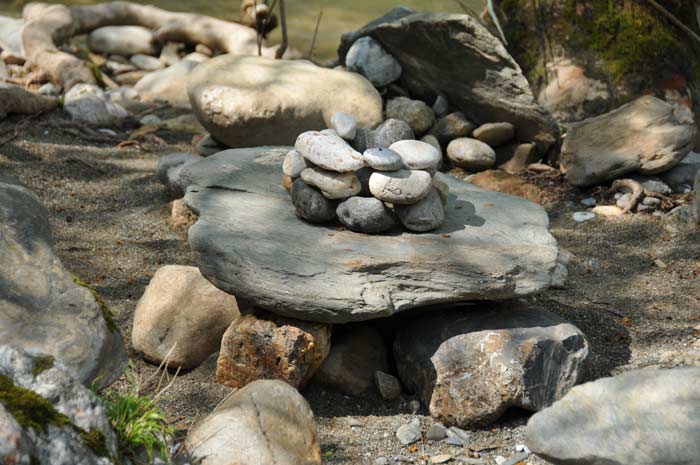 Here a stone circle on stone tabletop. No one had the impression that the ensemble was built very long time ago. 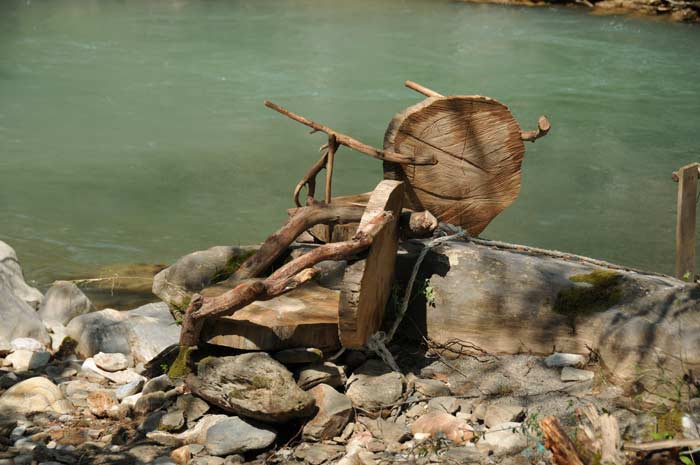 Two other chairs on the river bank! 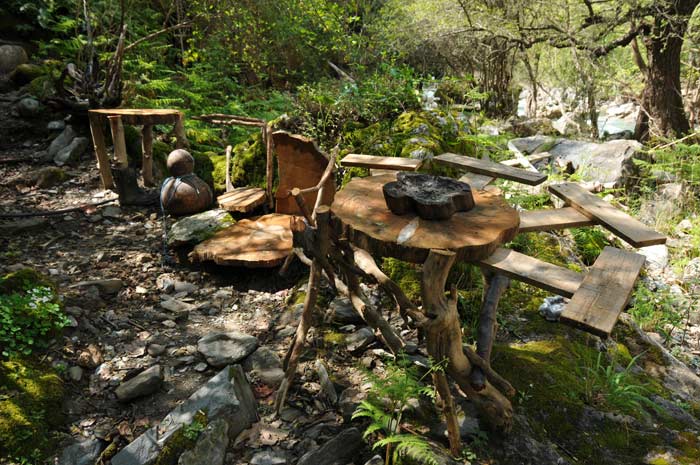 And another strange furniture ensemble. Table with .......? 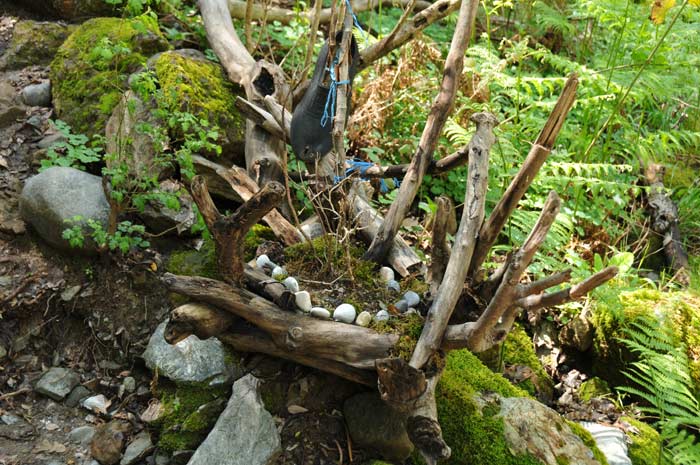 Wood Stone Arrangement? Whom should we ask for the spirit or concept. These were our questions in mind. 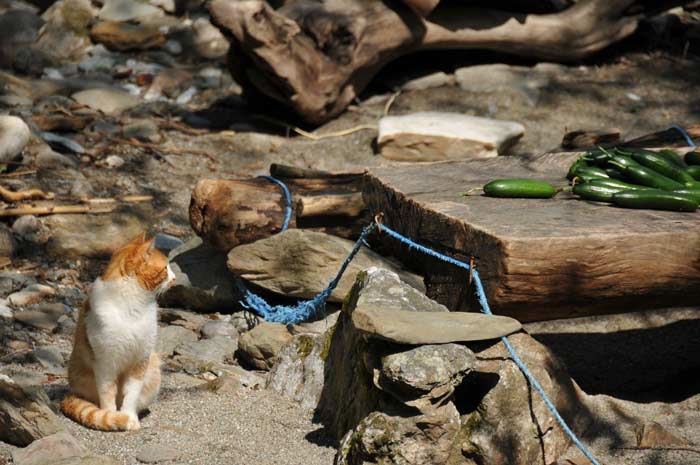 In addition to the crab, the cat was the only present animal, but realistic statements we did not expect. We remained without knowledge!