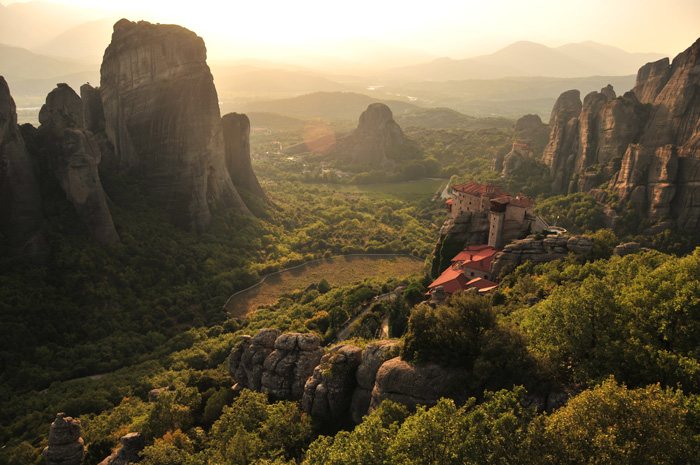 Depending on the weather, the sun's decline can be associated with an impressive color play, which sometimes shines not only in red, but also in yellow, violet or even with green shades. 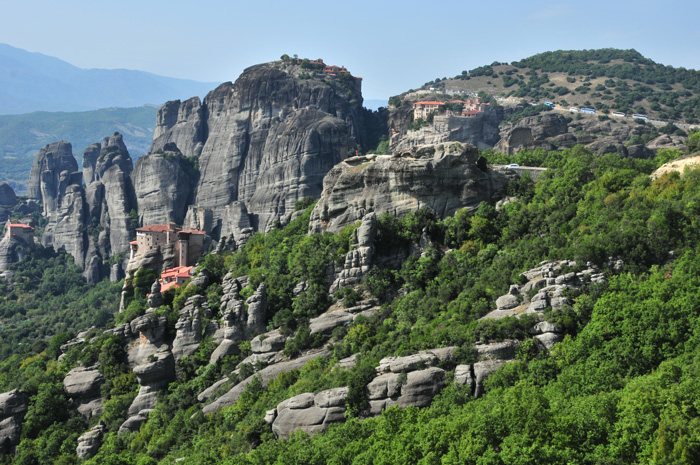 Particularly appealing is the observation of the sunset, when the surrounding area is still so incredibly interesting and the event becomes a real natural phenomenon - at the meteora rocks. 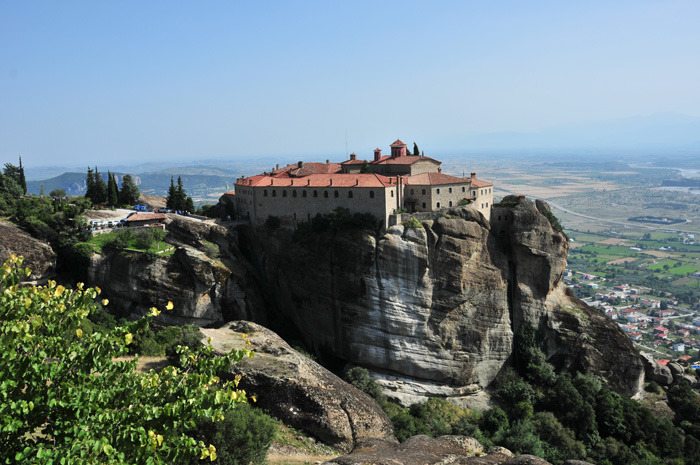 The color change is caused by Rayleigh scattering. The earth's atmosphere acts with suspended particles, the aerosols in the peplosphere act as a diffuse scattering medium. 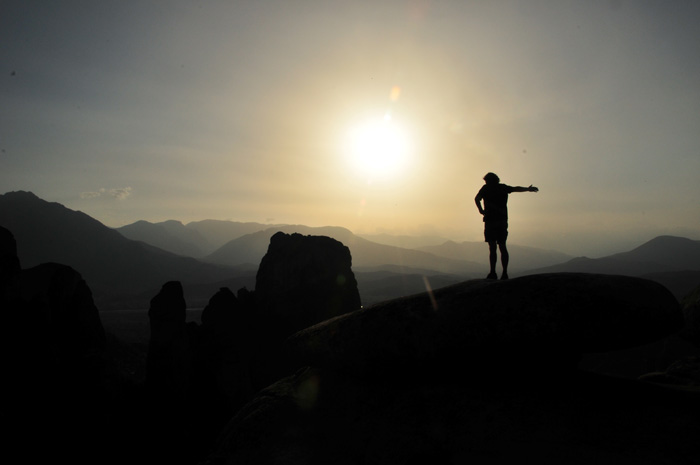 The blue light component of the sinking sunshade is more scattered, so that in relation a higher proportion of red light reaches the observer. 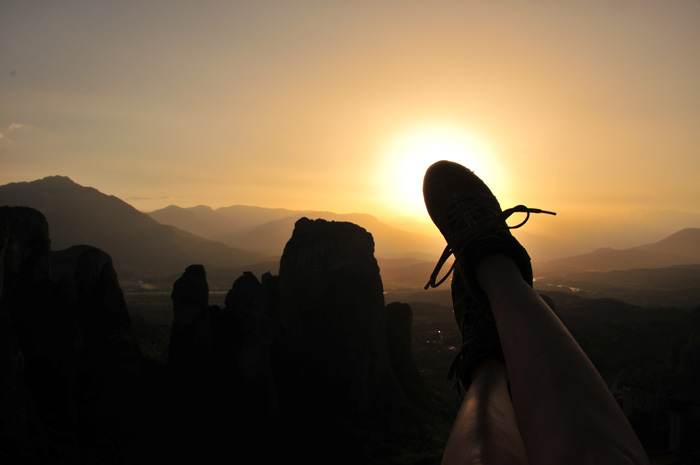 In very clear conditions, a green glow or even a green flash can be observed which is caused by a very slight prism effect of the atmosphere in certain temperature layers: 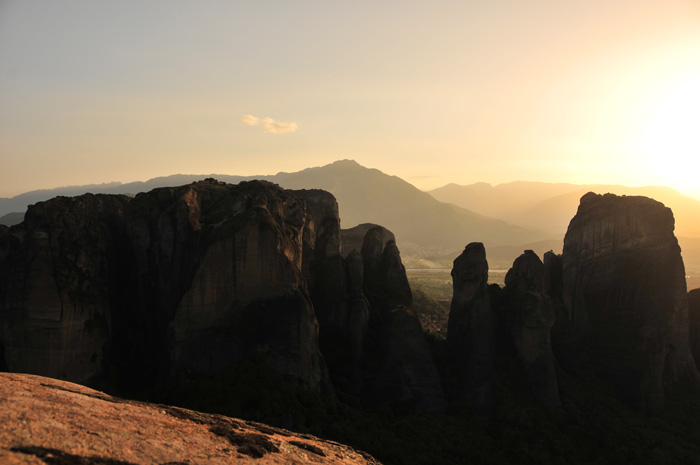 The sunken sunshade disappears below the horizon, so that at the upper edge of the (almost) vanished sun shows a short green (blue). 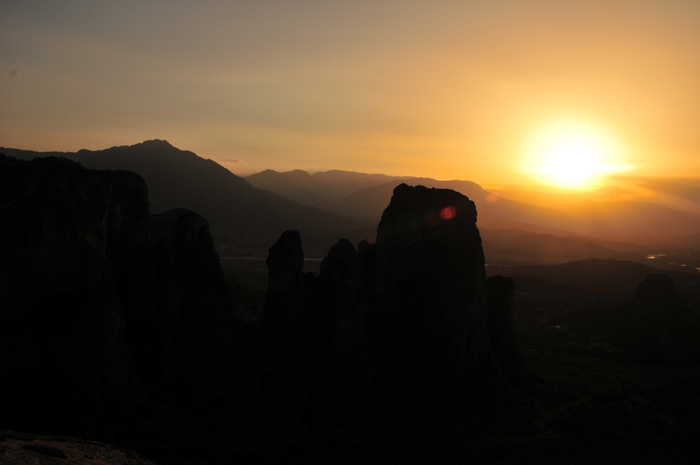 The true sunset is the moment when the upper edge of the sun is below the true horizon. 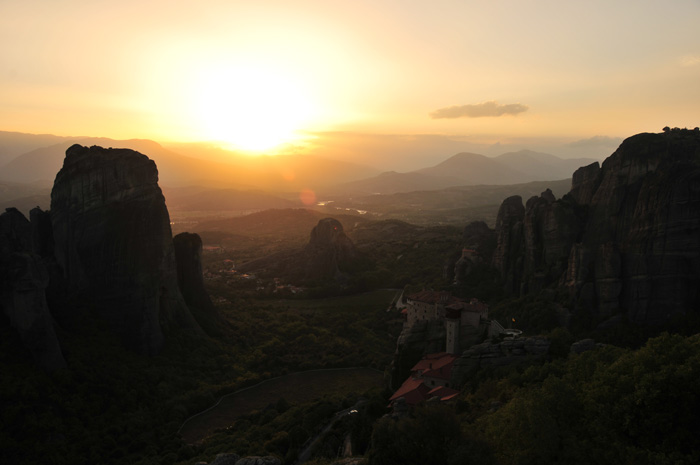 The true horizon, also known as a geocentric horizontal plane, is the plane perpendicular to the plumb line of the observer, passing through the center of the earth. 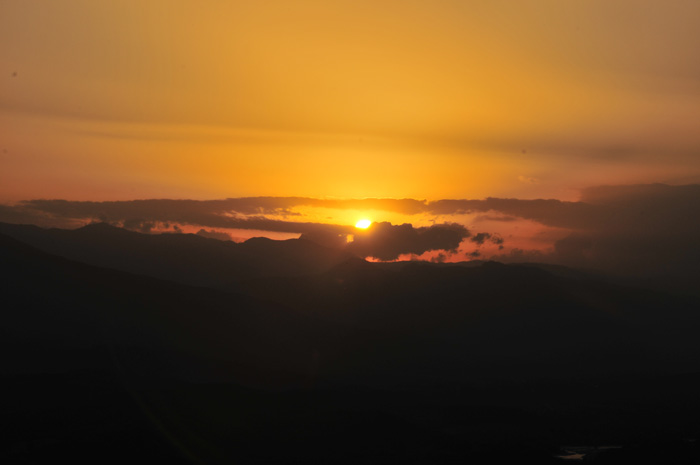 At this moment a distance of about 2/3 of its diameter can be seen between the sun and the horizon. 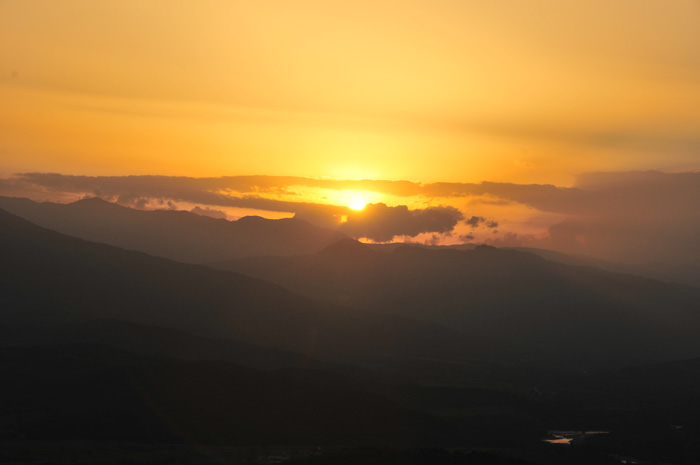 The apparent or visible sunset occurs when the sun is already far below the horizon plane - it is the moment when the observed upper sun edge falls below the apparent horizon. 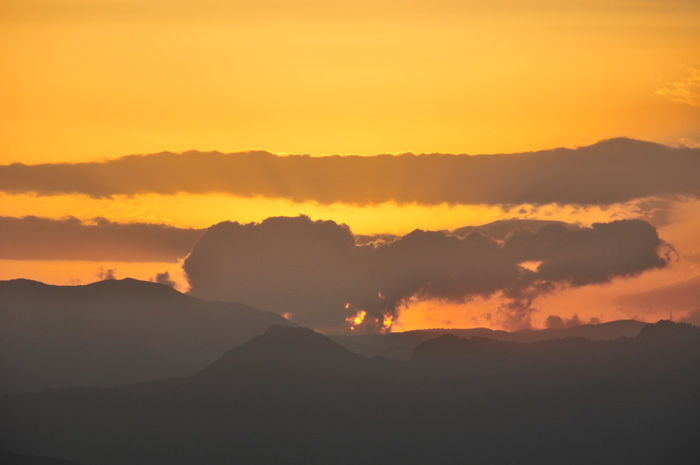 The apparent horizon is the horizontal plane on the Earth's surface at the observation site. In addition there is an influence of the height of the observer and / or its eye over the earth's surface. 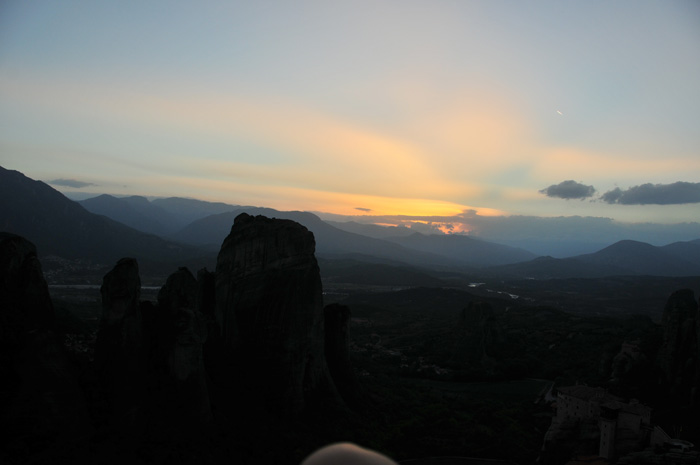 Valbona - hiking and still pure nature at the river

Tour through the Kelmend into the Cem Gorge