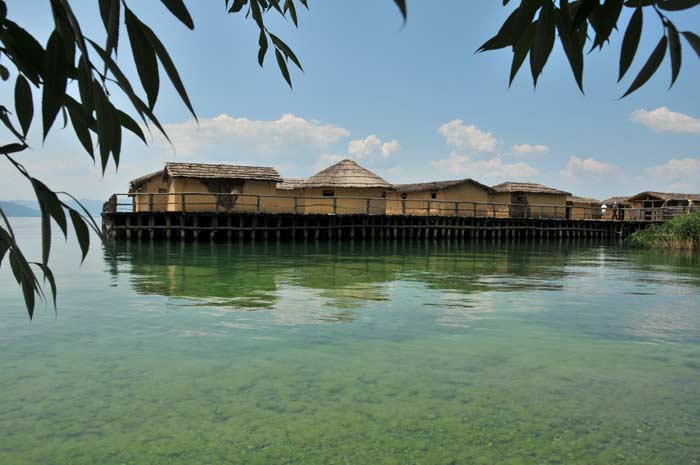 On our way around Lake Ohrid we arrived at the prehistoric lake pile dwelling settlement "Plocha Michov Grad" in the Bay of Bones. 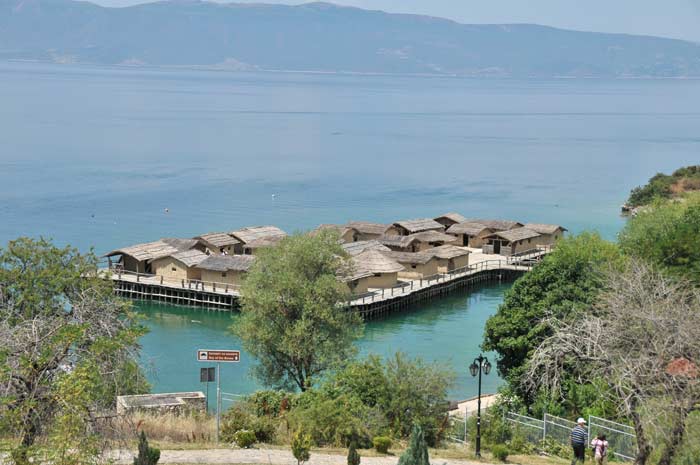 The place represents a presumed reconstruction of a Prehistoric palafitte pile dwelling settlement from the Copper, Bronze and Iron Age, flourishing at the end of Bronze and in early Iron age, i.e. between 1200 and 600 BC. 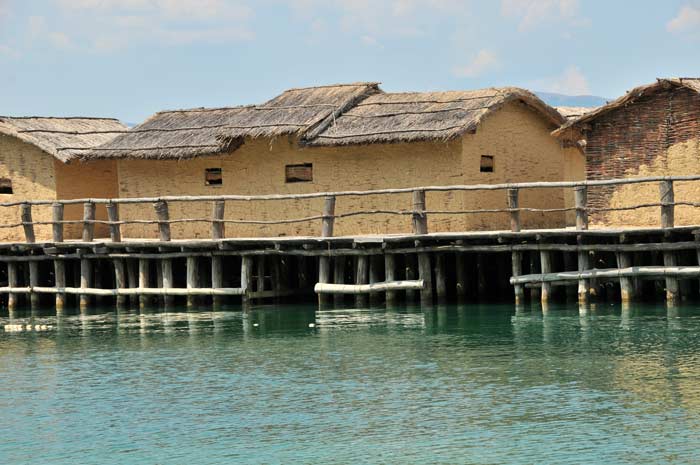 The remains of the settlement are located at the lake bottom, at a depth between 2,40 and 5,00 meter. 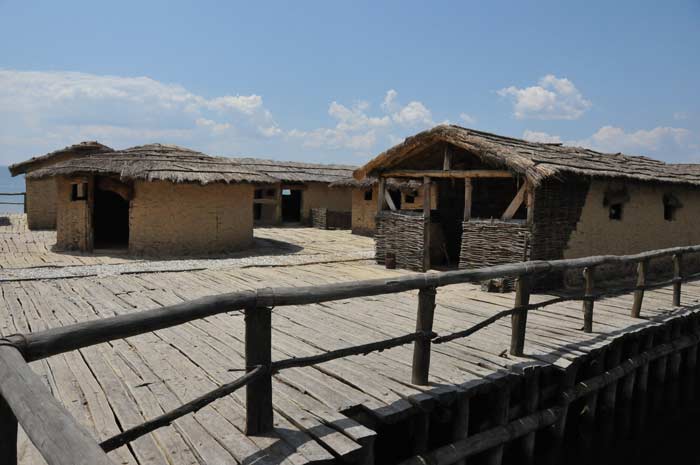 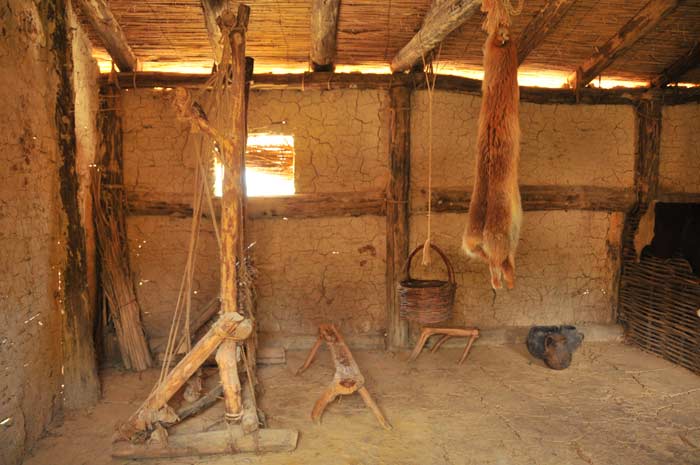 There had been at least 24 wooden houses made of wooden materials, plastered with house platter and covered with thatching and typha that were permanently functioning on the platform. 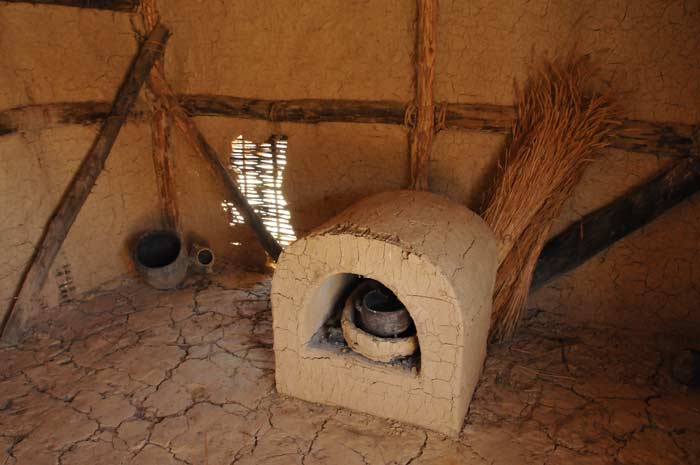 At the lake bottom we have discovered numerous whole and fragment vessels, discoid ceramic plates for fishing nets and for weaving, stone axes, flint knifes, hand grinders for wheat and numerous fragments of animal bones. 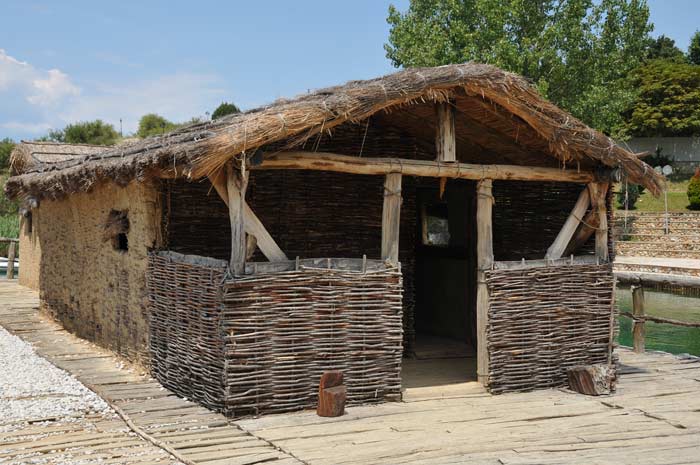 The presumed reconstruction of this prehistoric settlement was based on the disposition of the preserved files at the lake bed. 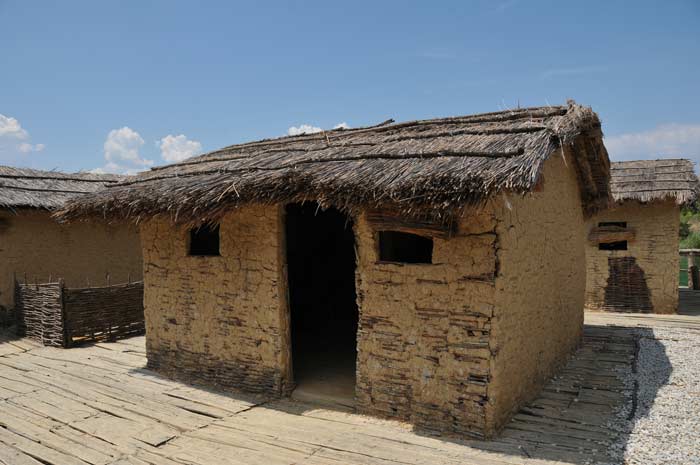 In 2008, 1060 wooden piles had been placed in the lake, and on the platform supported by them 8 houses were built. 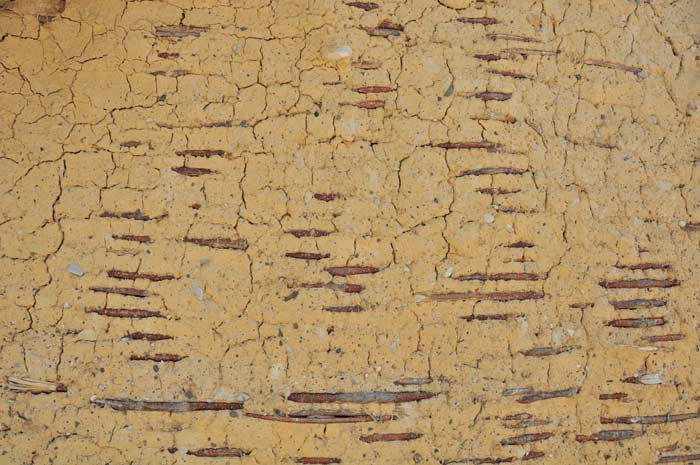 In 2010, 2286 piles had been attached at the bottom and above the wooden platform additional 16 wooden houses were erected. 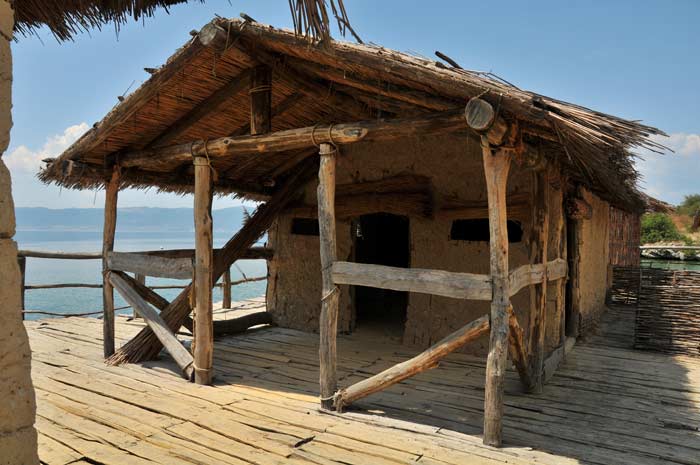 A total of 3.346 piles had been attached in the lake and a total of 24 prehistoric houses had been built above the lake. Among them, 21 houses are rectangular, while 3 were round for cult and ritual purposes of the settlers. 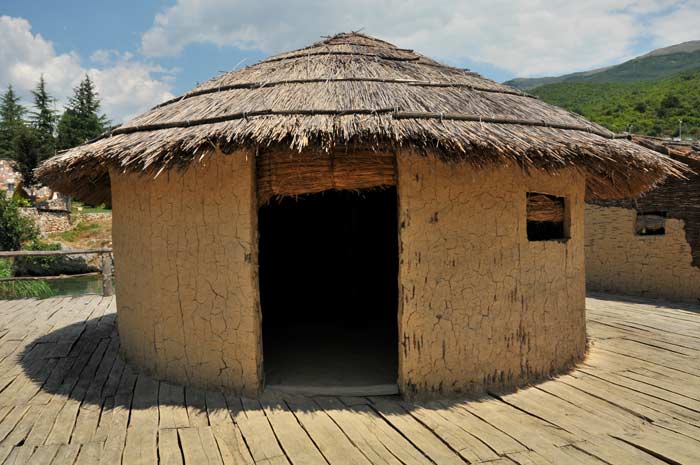 A museum access building had been built at the lake shore in 2008. 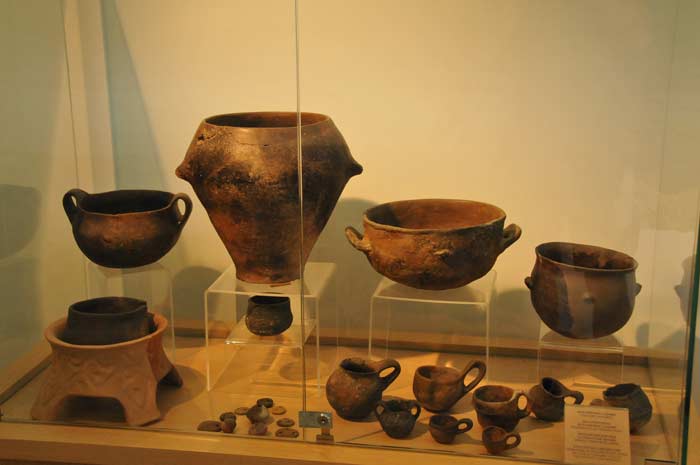 It hosts an exhibition of movable archaeological objects extracted and excavated from the lake bed during the underwater archaeological research between 1997 and 2005.

Diving paradise next to pile-dwelling Museum on the Water

An afternoon stroll through the old town of Ohrid