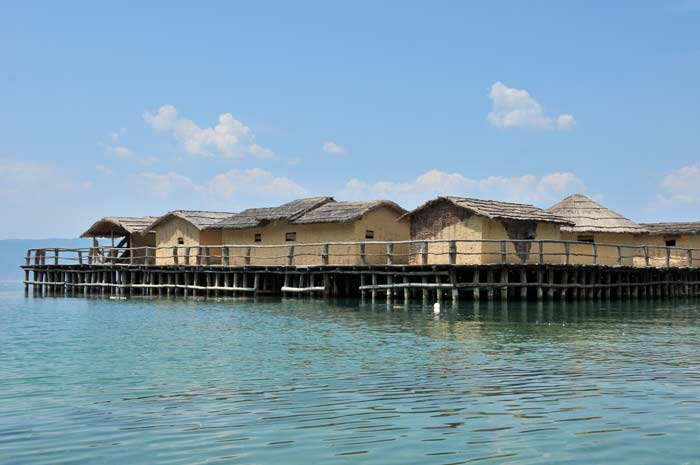 Our itinerary around Lake Ohrid had led us to the prehistoric pile-dwelling Museum on the Water near Sveti Naum on Lake Ohrid. A similar stilt houses complex, you may also find on Lake Constance in Germany. 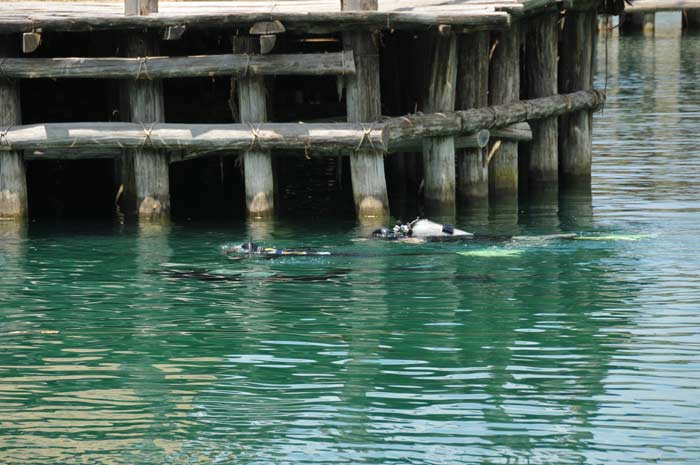 Entering the cultural and historical Museum we had observed a group of divers that moved on the edge of the stilt houses in the swelling waters of the Lake Ohrid. 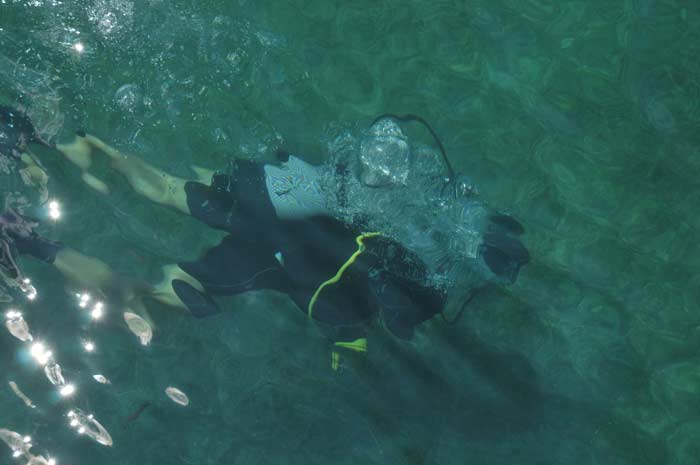 What at first seemed like a group of researchers, who were diving along the poles to study the construction, then proved to be a diving group that undertook a first trip underwater. 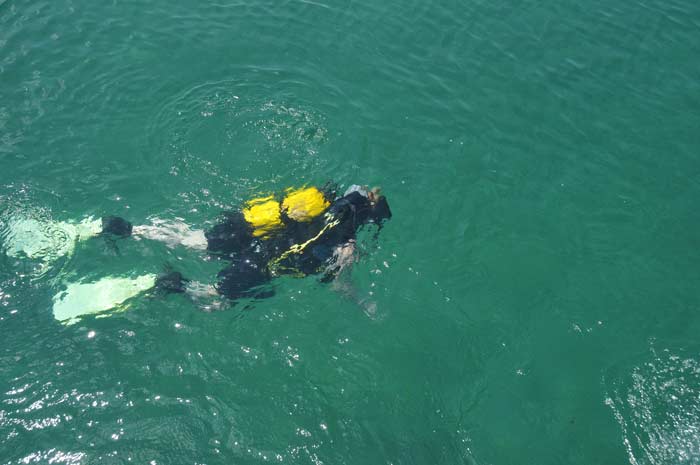 Again and again we were amazed at the clarity of Lake Ohrid, which allowed a view of the divers a few feet of water, a real paradise for scuba diving lovers. 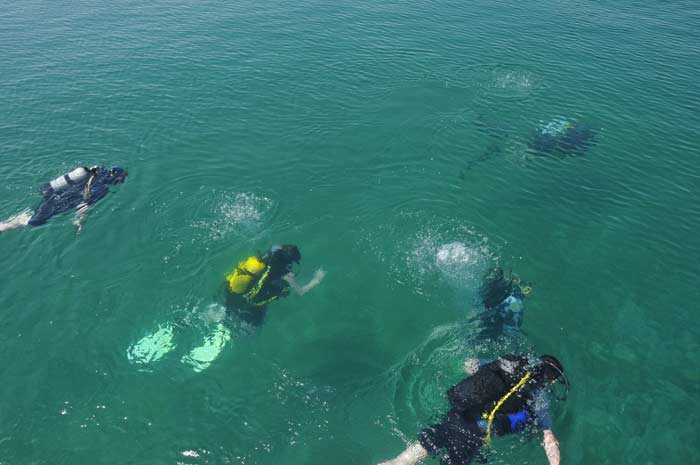 So let yourself follow the commands of diving head underwater at any time . 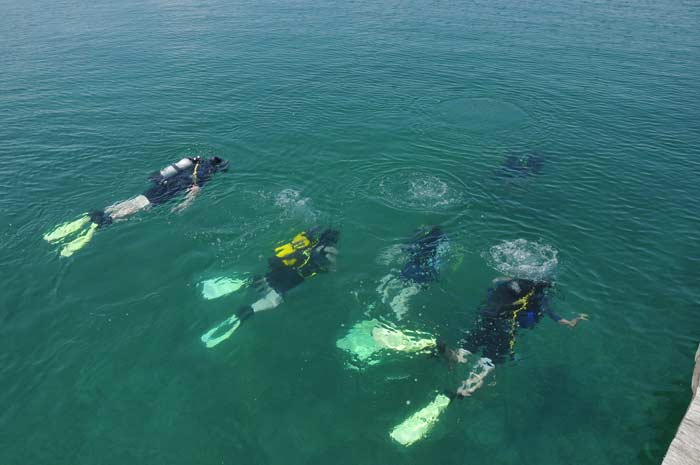 The group led by various exercises, as we learned later, also belonged to an immersion test. 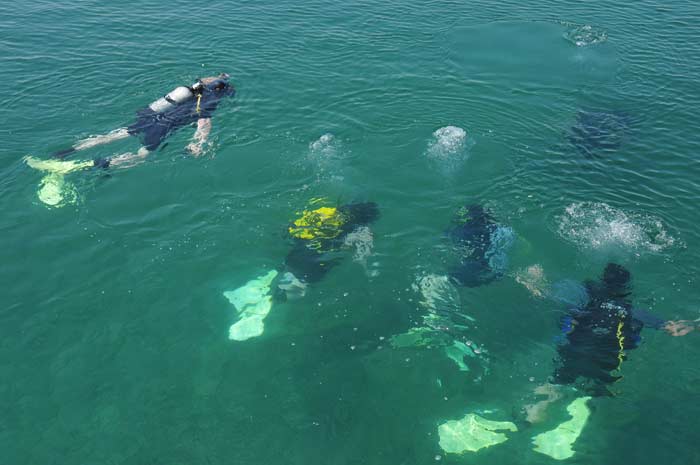 The group members were in this case from three different nationalities who had gathered next to the lake for immersion test .

Besides the unbelievable flora and fauna of the underwater world there is a large numbers of endemic species next to the lake. This place is also known for its prehistoric finds from the ancient lake dwellings that exist here couple of thousand years ago. 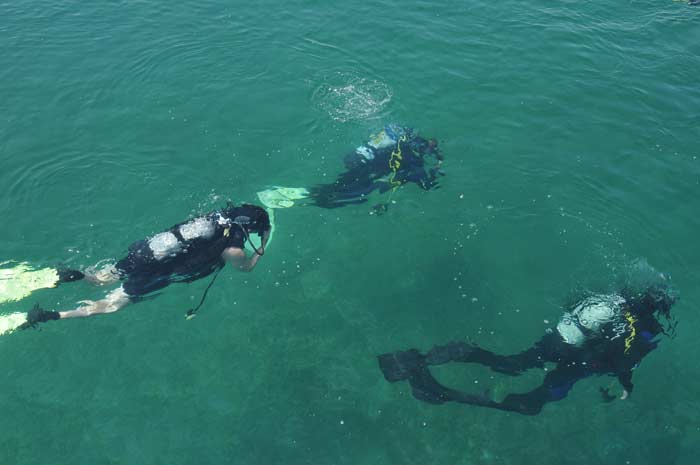 No wonder, that a diving school located right here in the same areal of the "Museum on the Water". 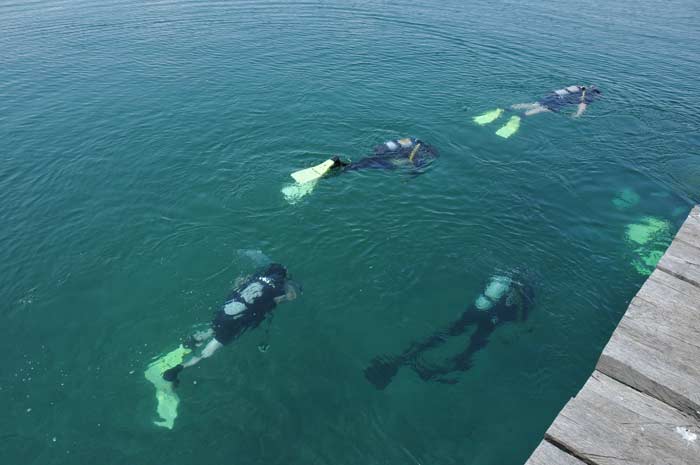 Here training covering the first scuba course to professional diving courses is conducted for divers, the full range of diving is available. 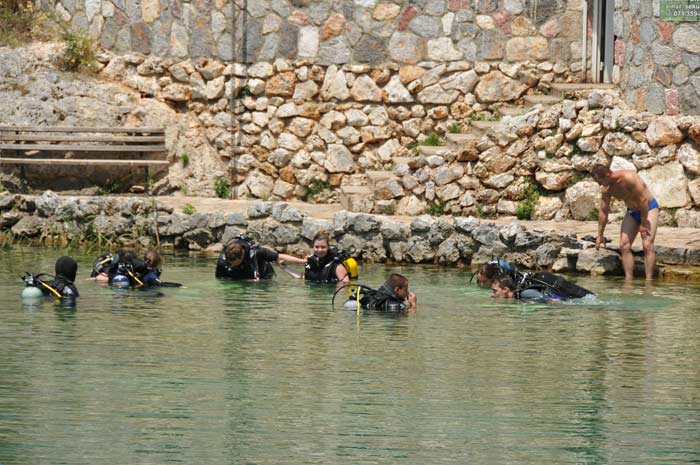 Guided dives to the archaeological sites are carried out under water that are otherwise locked. 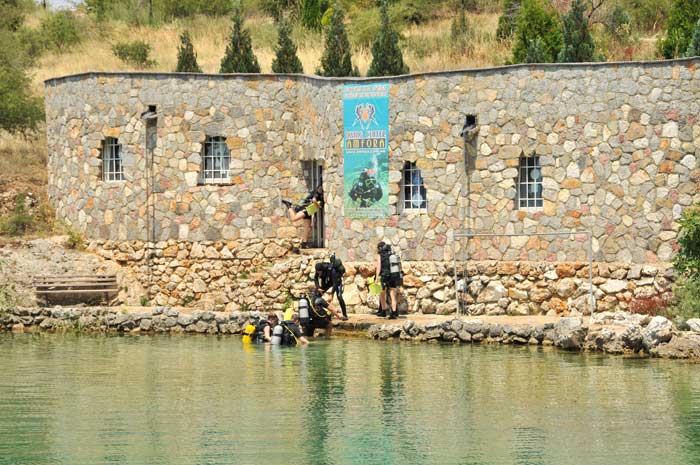 Interesting are also courses that include photography and underwater movies. In short, our trip around Lake Ohrid has revealed some other interesting facts that predestine the lake as a holiday destination.

An afternoon stroll through the old city of Ohrid