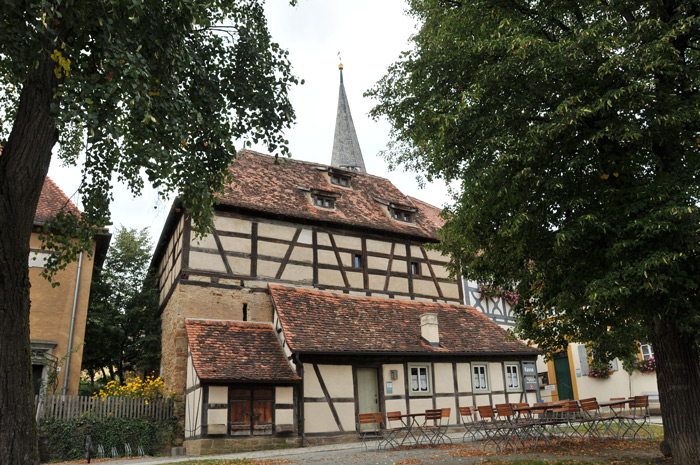 On Sunday morning we drove the few kilometers through the southeast of the Franconian Kitzinger Land in the Steigerwald in the direction of Mönchsondheim. 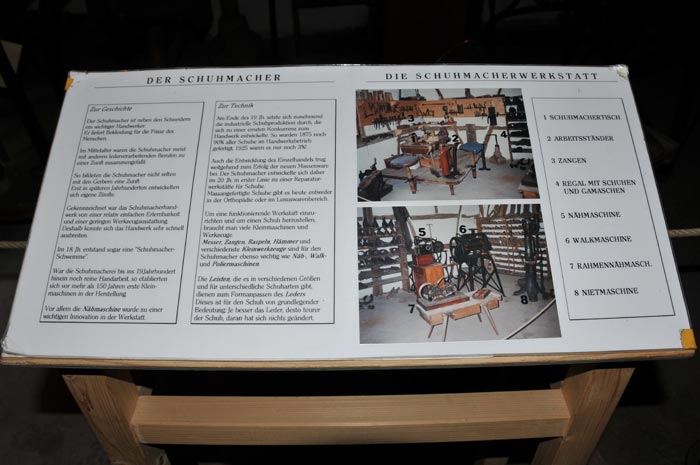 Various workshops were set up in the medieval buildings and explained on display boards. We also found the descriptions of the Schumacher workshop. 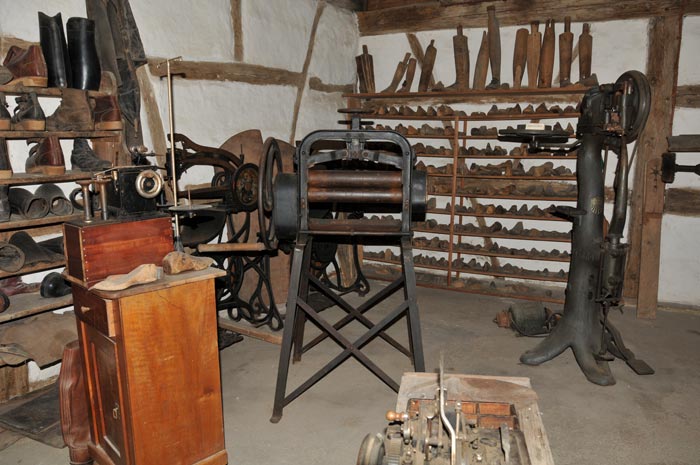 These tools alone, which were used into the 18th and sometimes even into the 19th century, are worth a visit to the museum. 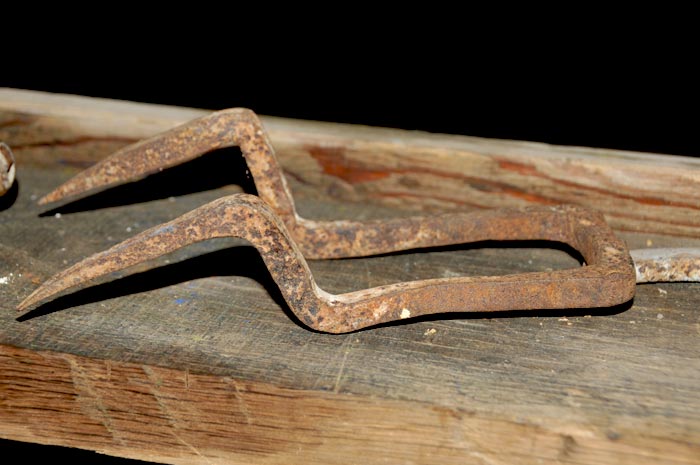 In the other workshops, too, there were tools whose function could hardly be classified. 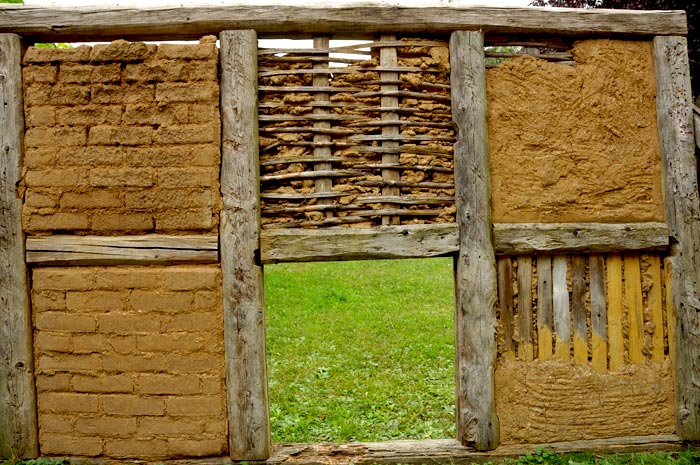 In the garden of the school building we found this graphic board that explained the structure of the medieval house wall. 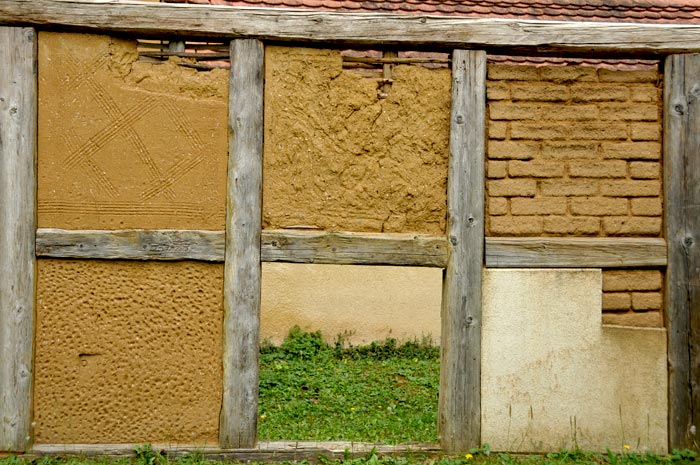 After assembling the truss, clay was applied to the branch and plastered. This was usually followed by a coat of paint. 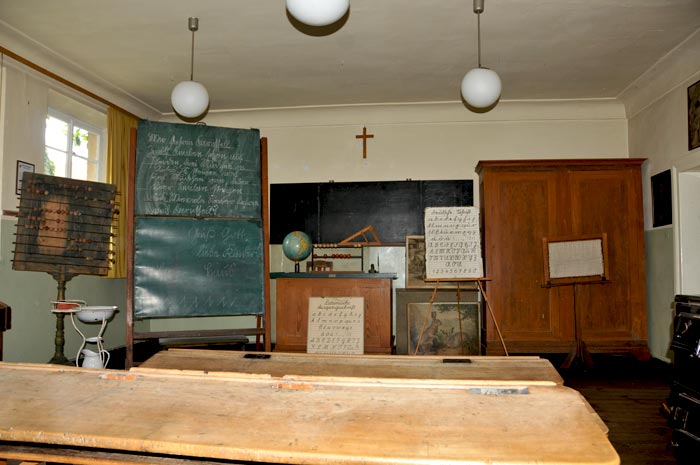 In the historic classroom we were able to imagine ourselves back in the lessons of the 19th century. 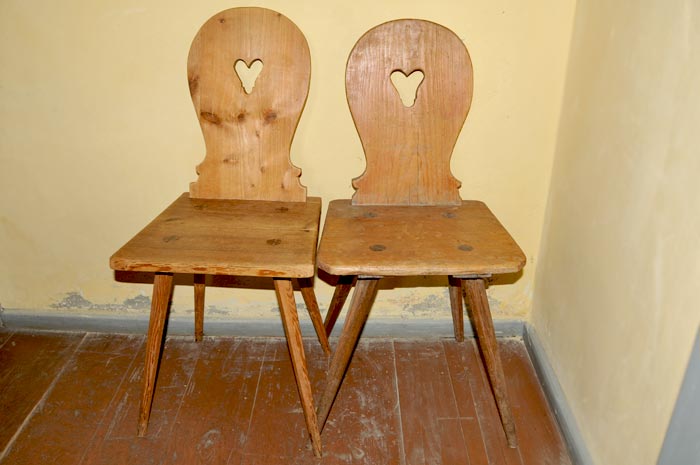 This lovely pair of chairs was worthy of a photo every once in a while. 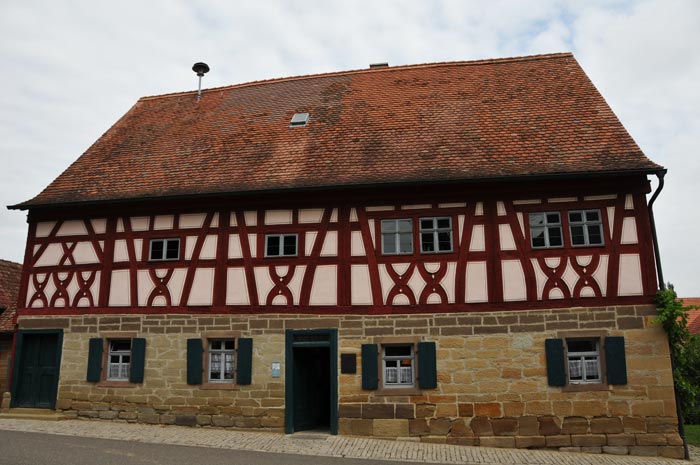 The town hall of Mönchsondheim was also the bakery workshop and post office. 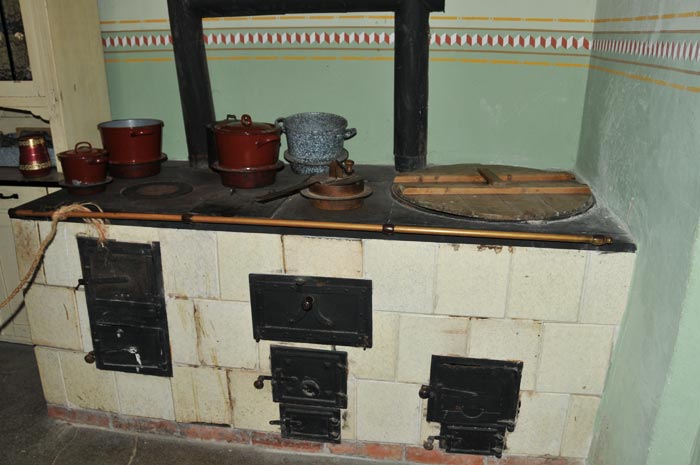 The kitchen in the staff room of the town hall shows a typical medieval cooking area.