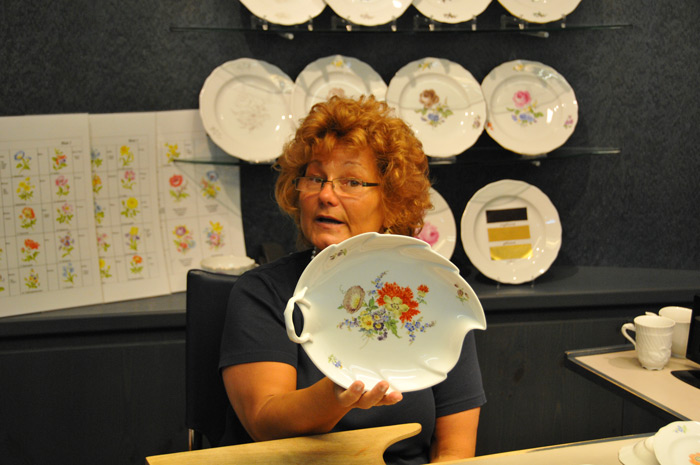 Even in ancient times, ceramic vessels were painted with colors and covered with glazes. After the invention of porcelain in China, the porcelain parts were also artistically painted. 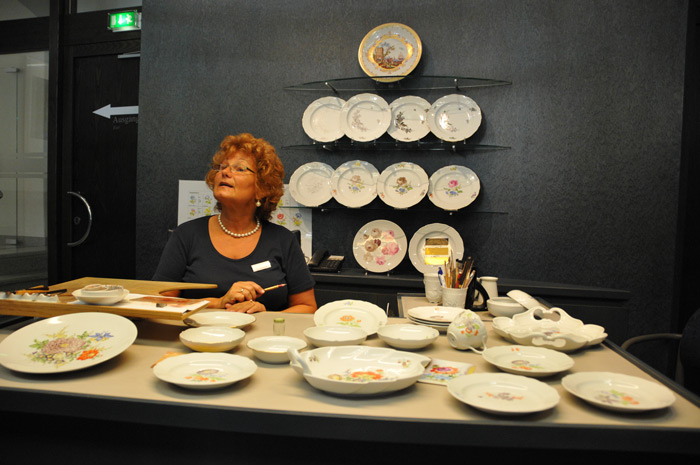 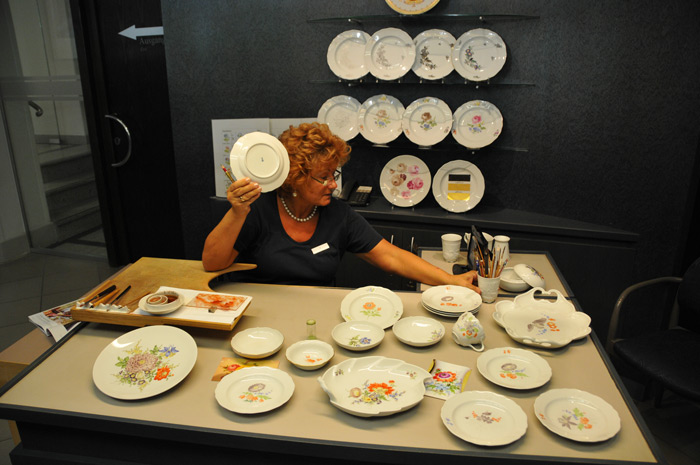 King Friedrich II also made use of this and bought a lot of porcelain with Chinese decorations and a service with his own coat of arms. 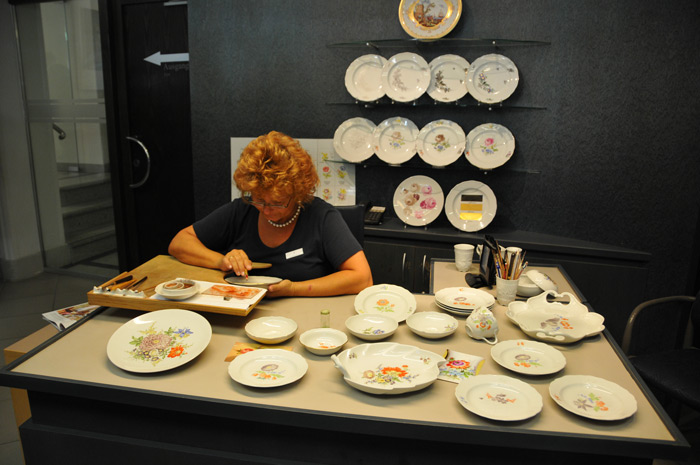 With the invention of European porcelain by Johann Friedrich Böttger in Meissen, porcelain painting, which was necessary for decoration and was further developed from enamel painting on glass, also emerged here. 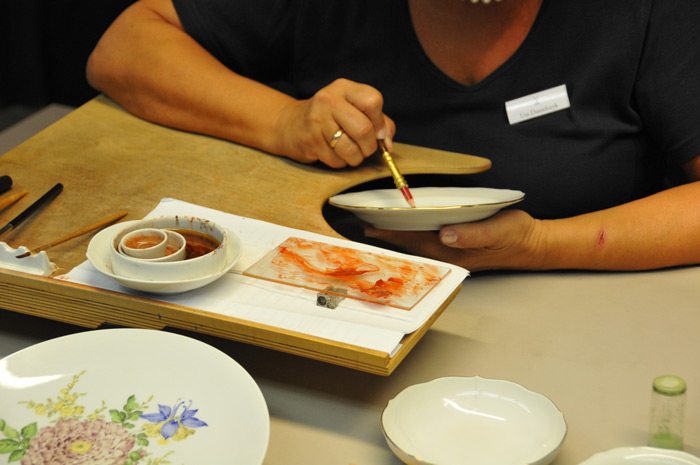 Due to the great success of the painted porcelain produced in Meissen in the early 18th century, further porcelain manufactories were established throughout Europe. 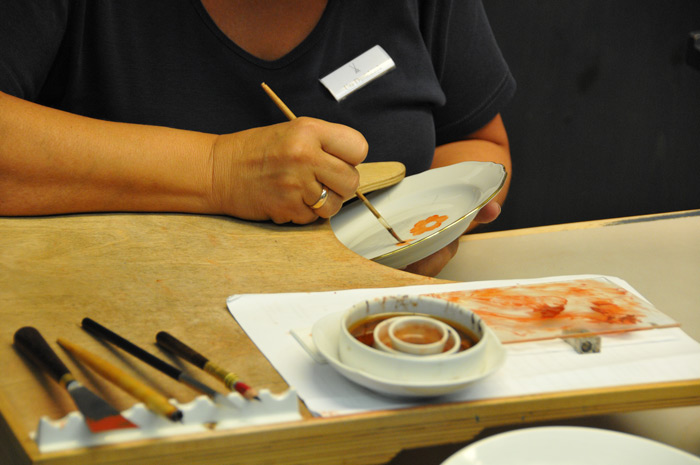 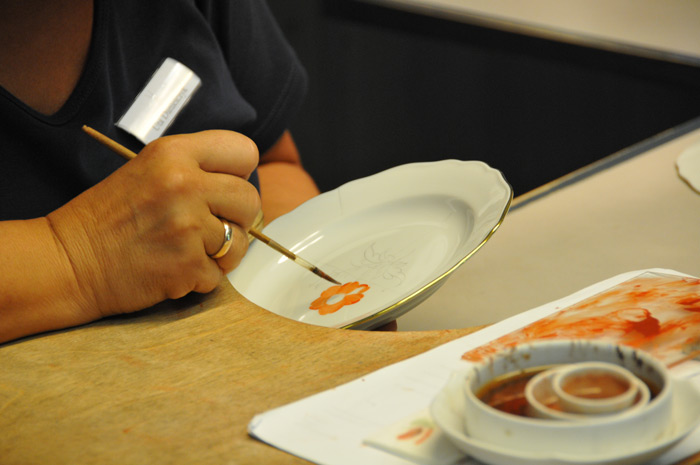 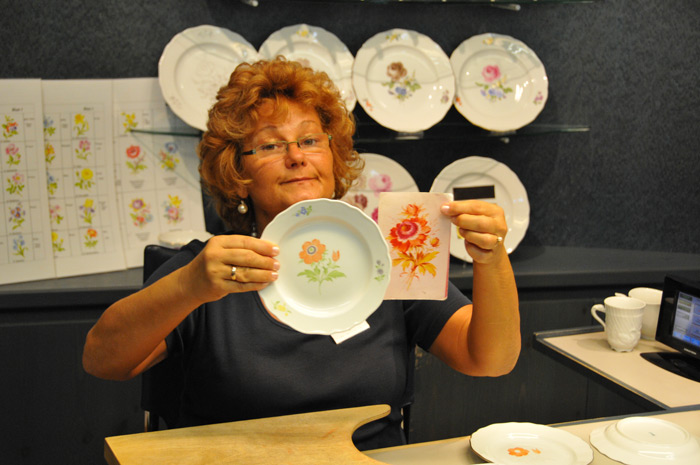 The mass is ground into powder and mixed with a binder (oils and turpentine) so that the colors can be applied with a brush. The binder is burned without leaving any residue during the firing process. 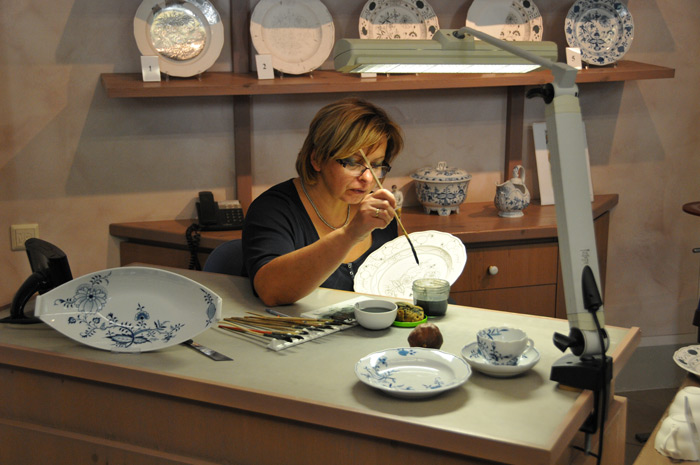 The porcelain colors are applied with very fine brushes, with magnifying glass painting also with single-hair brushes. Coloring templates were used for all illustrations. 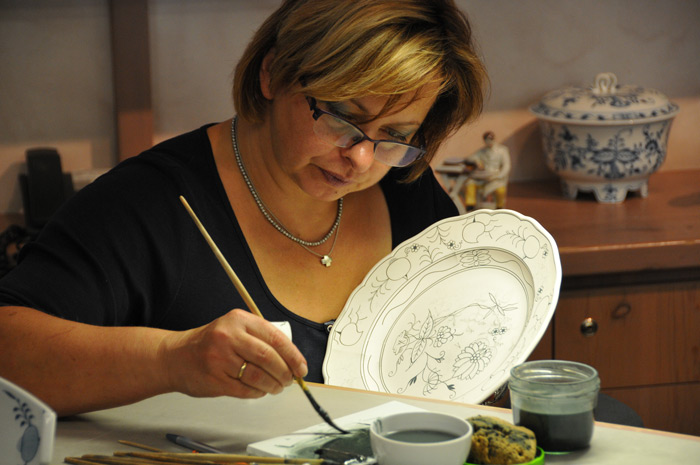 In the manufactories there are large archives with prints, copies of paintings, decor templates, etc. Porcelain painters also made templates themselves in order to use their motif more often, but there were also employees who were only template painters. 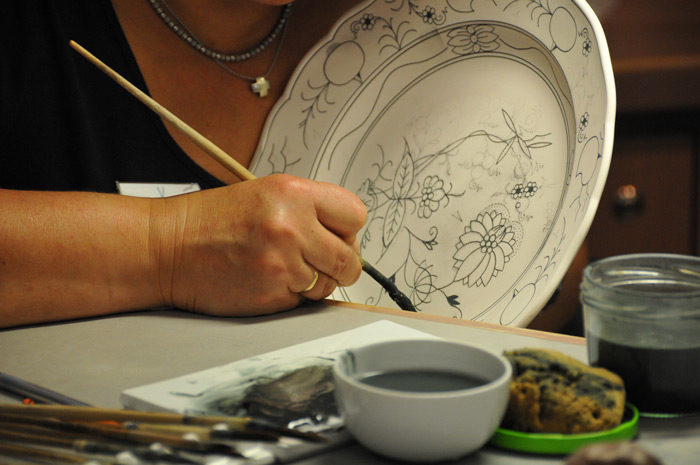 Specialists were employed for decor templates. Template painters were even sent on study trips for veduta templates. Optical devices based on the principle of the episcope were used for the transmission of pictorial representations. 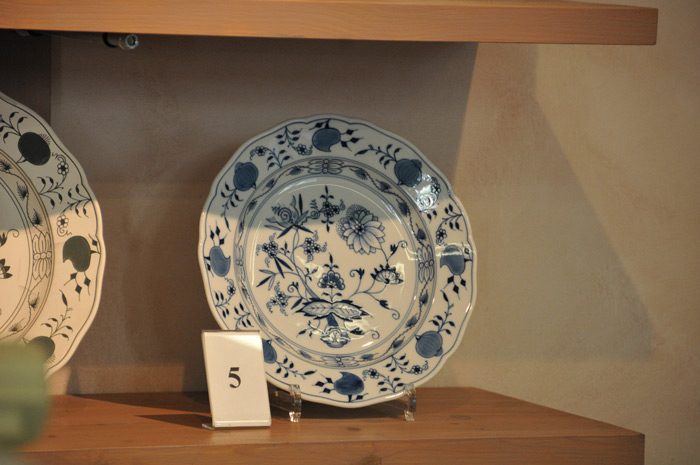 The often visibly distorted depiction of the paintings is explained by the projection onto the curved surfaces of vases and cups. For elaborate decors, the coloring templates were designed by specialists. 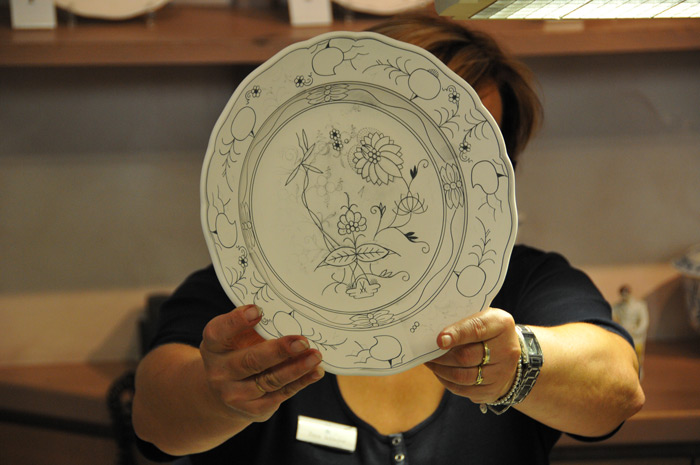 The craft training to become a porcelain painter can take up to 10 years. There were some porcelain painters who became well-known oil painters and even professors at art academies, e.g. E.g.: Frédéric Frégevize, Johann Hubert Anton Forst, Friedrich Wilhelm Delkeskamp and Carl Daniel Freydanck. 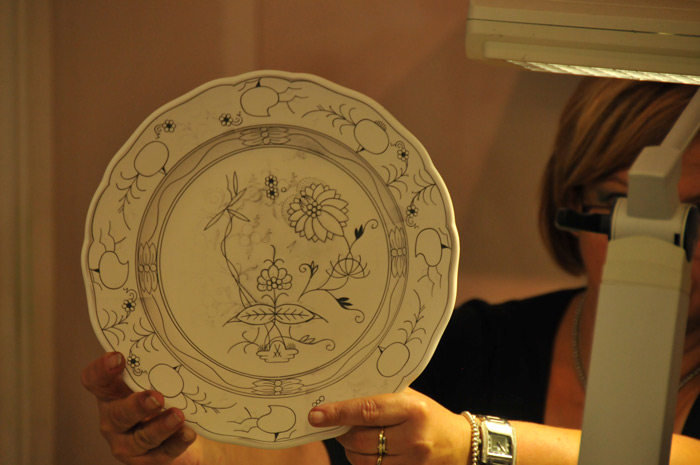