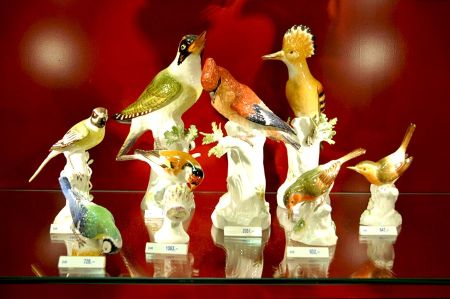 As a further highlight during our visit to Halle, Detlef had also planned a stop in Meissen at the Porzellan Manufaktur before the short visit to Dresden.

After our departure in the early morning hours, the way to Meissen was covered quickly and the museum and exhibition building of the Meissen Porcelain Manufactory was quickly reached. We also quickly found a parking space, although to our surprise some tour buses with guests had already rolled up. Famous all over the world for fine porcelain figurines, the famous Meissen crockery and the manufactory's works of art, large numbers of Asians in particular also take advantage of a visit to the Meissen manufactory during their stay in Europe. 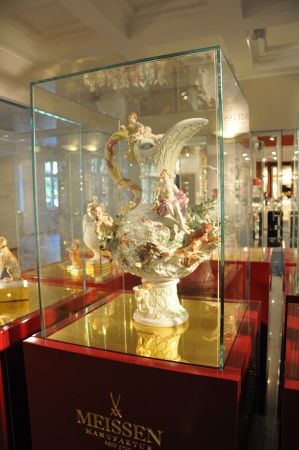 Porcelain has been a coveted commercial product from Asia since the Middle Ages, and the high princely houses were willing to pay a lot of money for it, since the fine and filigree production of porcelain was not known in Europe. People even spoke respectfully of the “white gold”.

Towards the end of the Middle Ages, the import of fine Chinese porcelain caused a storm of enthusiasm. This was also the case at the court of the Saxon sovereign, August the Strong (1670 - 1733), who even tried to unravel the secret of porcelain production. And he was not alone with this idea, because everywhere in Europe people were very interested in being able to produce fine porcelain themselves. August the Strong even noticed a kind of addiction in himself, which he himself called "maladie de porcellaine". 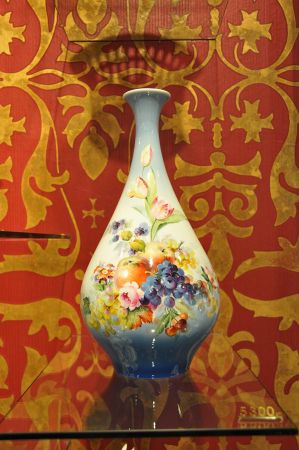 As a result, August the Strong even took really unusual paths in order to finally be able to get to the bottom of the secret of porcelain production.

He took the alchemist Friedrich Böttger (1682 - 1719) into protective custody and "commissioned" him together with Ehrenfried Walther von Tschirnhaus (1651 - 1708), Gottfried Pabst von Ohain (1656 - 1729) and other Saxon miners and smelters, who were also in prison to decipher the secret of the "white gold".

After many years in this protective custody in the Dresden Jungfern Bastei, the inmates actually succeeded in firing the first white porcelain in Saxony on February 15, 1708. Only a small slip of paper from a laboratory note noted this extraordinary event: the first European hard-paste porcelain had been created.

Birth of the so-called “Crossed Swords” 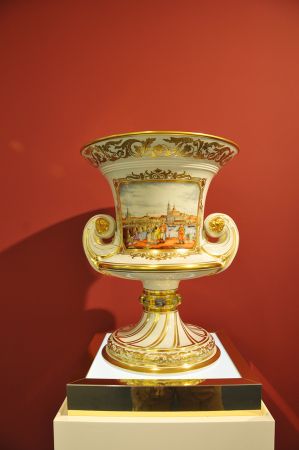 Only two years later, the founding of a porcelain manufactory was published on January 23, 1710 in a supreme decree of the Saxon Court Chancellery in Latin, French, German and Dutch.

Just five months later, the Meissen Albrechtsburg was selected as the production site for European porcelain. A few years later there were the first other manufactories in Europe that could also fire white porcelain. So it was high time that the porcelain produced in Meissen be labeled uniformly so that it could be protected against imitations and copies. On November 8, 1722, the manufactory inspector Johann Melchior Steinbrück suggested choosing the Chur swords as a "trademark".

This suggestion is considered to be the hour of birth of the so-called "Crossed Swords" as a later trademark of the Meissen manufactory, which, however, underwent some changes over time, and the Meissener Porzellan® brand was created.

Designer of the Meissen Porcelain Manufactory 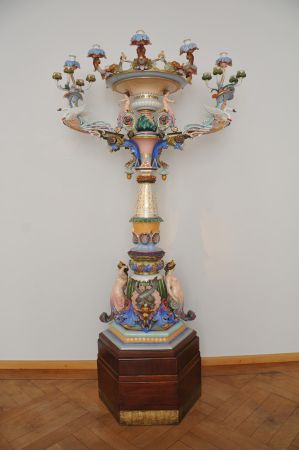 When production began, the designers of the Meissen porcelain manufactory still oriented themselves closely to models from China and Japan, but the influence of gold and silversmithing was still very strong.

When the porcelain painter and color chemist Johann Grgorius Höroldt (1696 - 1775) came to the manufactory in 1720, his development of heat-resistant enamel paints enabled him to develop his own decors for the first time and thus set the first sign of European porcelain painting.

Through the collaboration of the sculptor Joachim Kaendler (1706 – 1775), the plastic design of the objects came to the fore for the first time from 1731. We have him to thank for the first European design language, which is still used today in table and dining culture.

Exceed the value of a mid-size car 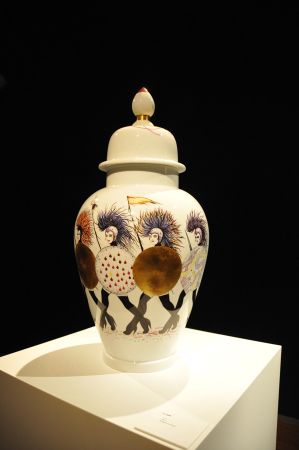 We enter these important rooms of the Meissen manufactory with a certain reverence, because collections of the crockery with the crossed swords and the value associated with them are well known from the family alone.

So we quickly get into the first showrooms, which offer huge numbers of coffee and dinnerware of the well-known designs for sale. Our tour quickly leads us via exhibitions of pure "utility crockery" to the artistic production of crockery for the somewhat better off people in our society.

Thankfully, price-marked pieces can be seen that easily exceed the value of a mid-range car. This is followed by vases, decorative assessors for the showcases, artistic murals made of white porcelain, masks and figures that must be considered unique. 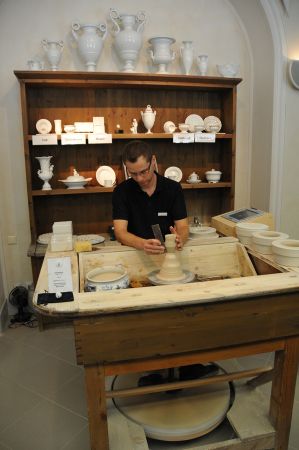 A nice employee of the house takes care of us and leads us a little through the rooms.

The accompanying explanations about buyers and customers of the items on display list some interesting names from art and culture, but above all from the aristocracy. He also offers to take part in a guided tour of the production facility in order to be able to better understand the really complex production process.

We gladly take up this suggestion and a few minutes later we are sitting in one of the first showrooms where we can watch a short film on the development of the porcelain material and the Meissen manufactory. Both the film itself and the equipment in the projection room are very professional and appealing. In this group of listeners alone there are interested parties from 8 different countries, who receive all the information in their own language via headphones.

Why Meissen porcelain has its price 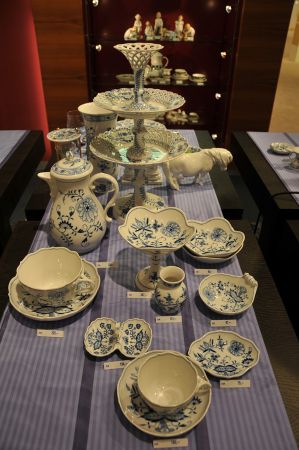 The following room explains some details about the material itself and the manufacturing processes. Of course, no recipes are revealed here, because they are logically trade secrets. A young employee very vividly demonstrates the rough production of a cup, which is turned by hand from the raw mass. Different models then ensure the final shape of the cup. The differences in size between production and the first firing can then be seen very clearly. This is where the art of porcelain production begins: the dishes are fired without cracks or other damage.

In the next demonstration room, the production of decorations is explained and shown, here using a decorative rose as an example. The amount of filigree work and time involved in making just one rose makes it clear why Meissen porcelain is so expensive. The artistic work on the details requires absolute dexterity and great skill. This becomes clear even to us laypeople after a few minutes.

As the last demonstration room, we arrive at the porcelain painting. An active employee is also sitting here, using a plate to explain the work that needs to be done. Just applying the paint by hand takes the full attention of the painter. Pre-drawn structures on the smooth porcelain naturally help the executors when applying the colors. However, the pre-drawn structure must first be applied by hand. Every piece of porcelain is really real handwork.

Important artists such as K.O. Götz and Otto Piene are hired 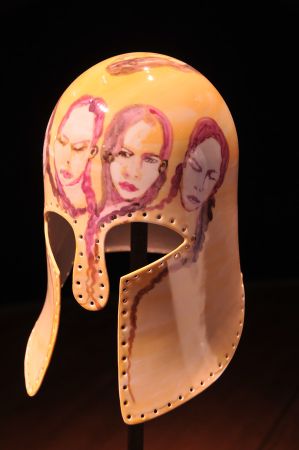 In 2010, the manufactory celebrated its 300th birthday together with numerous guests. For us it was an extremely interesting visit and a deep insight into the history and production of Meissen porcelain, clearly presented and documented. A visit that we can only recommend.