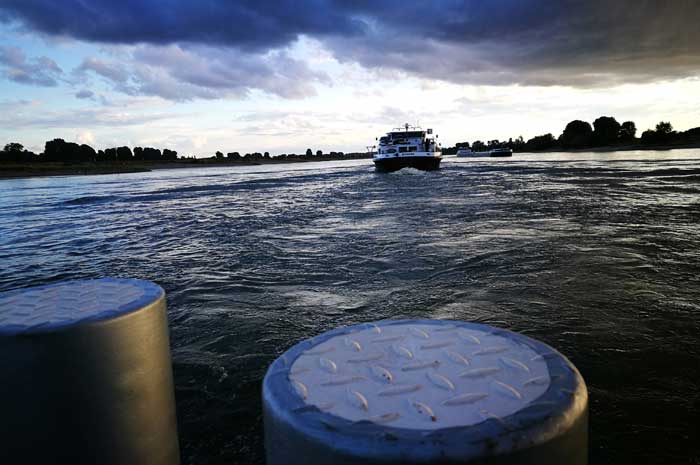 Directions to Dusseldorf Caravan Salon - Anyone who has driven along one of the banks of the Rhine can judge for himself that relatively few bridges span the Rhine, probably because their construction is very complicated and expensive because of the sometimes considerable width of the Rhine and the need not to restrict the navigation of the Rhine. 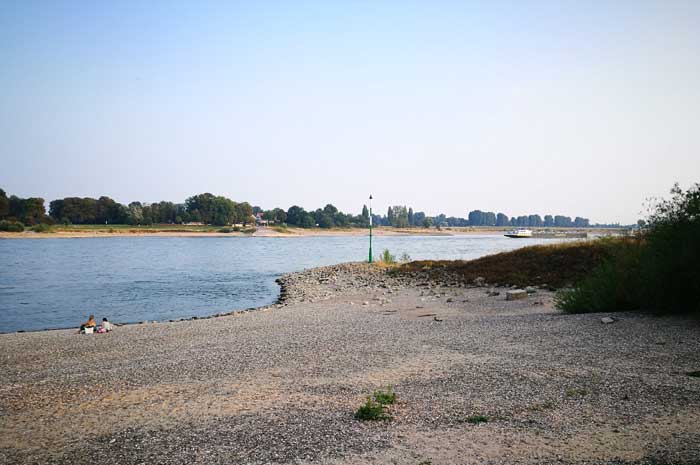 The steep banks in the area of the Middle Rhine, which is also protected as a World Heritage, complicates additional possible constructions. Therefore, the bridges are concentrated in relatively few places, mainly on the major cities such as Duisburg, Dusseldorf, Cologne, Bonn, Koblenz, Mainz / Wiesbaden, Mannheim / Ludwigshafen and Karlsruhe. 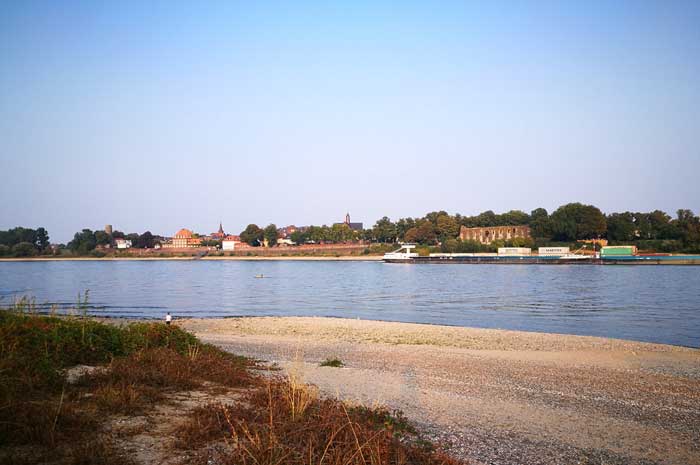 Many bridges cross the Rhine in the course of highways or railways, which sometimes require major detours or are not available for some road users. Therefore, the Rhine ferries still have their right to exist, especially for professional and excursion traffic. Anyway, we use the ferry to the opposite fair grounds of the Caravan Salon almost every day. 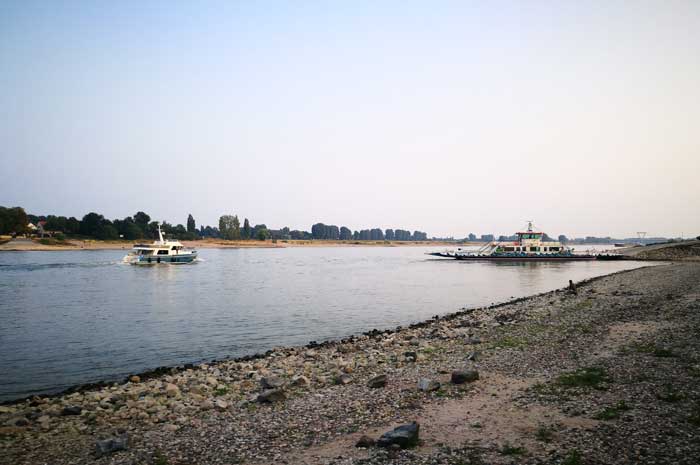 The Rhine ferry Langst-Kaiserswerth is a car ferry crossing the Rhine at the height of the Rhine kilometer 755, north of Dusseldorf. The ferry operates between the left bank of the Rhine Langst-Kierst (Meerbusch) and the right bank Kaiserswerth. 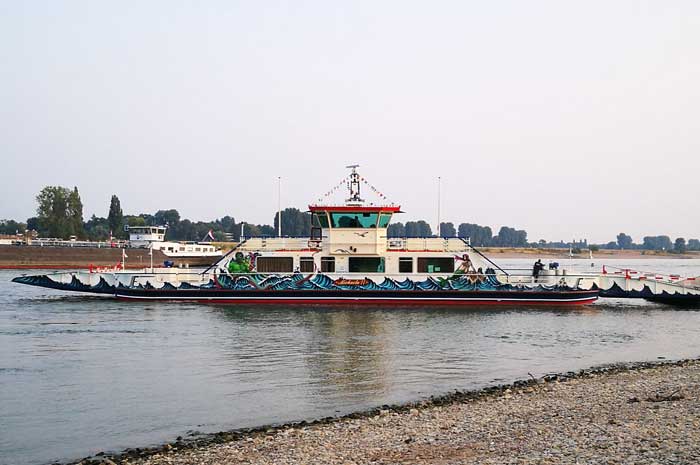 A regular ferry across the Rhine at Kaiserswerth probably existed since the Middle Ages, when Kaiserswerth was still royal or imperial seat and one of the most important cities along the Lower Rhine. 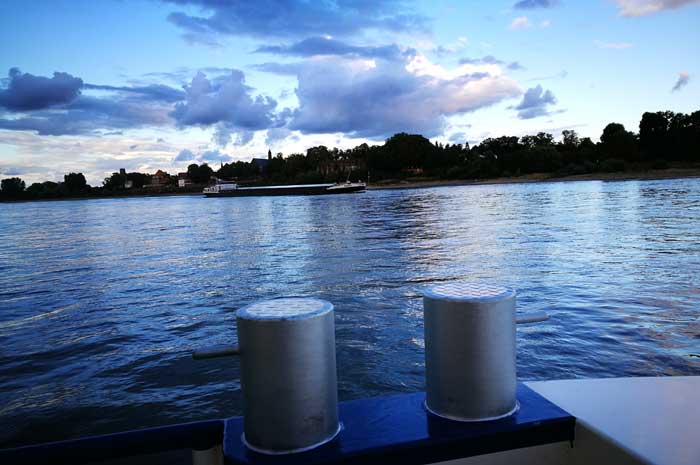 In order to monitor navigation on the Rhine and to clear customs, the city had control posts on both banks. Originally, the ferries were simple switches, small rowing boats. 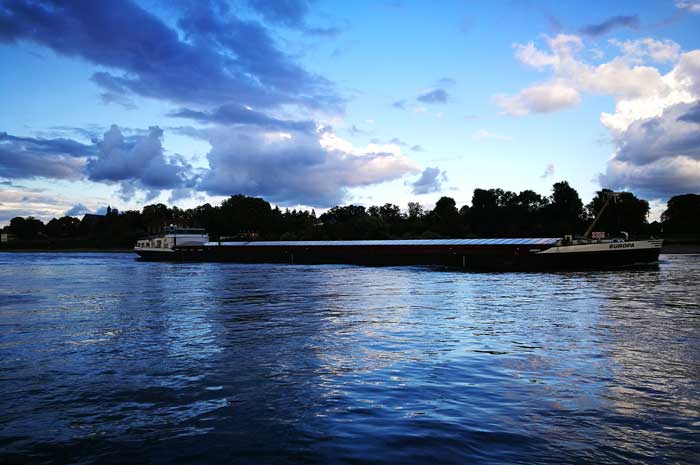 These transported persons and various goods, like lime from the Bergisches Land as an important building material or in the opposite direction fruits and vegetables from the Lower Rhine. Also, treidel horses, which pulled the ships from the shore up the Rhine, were moved from one side to the other here. 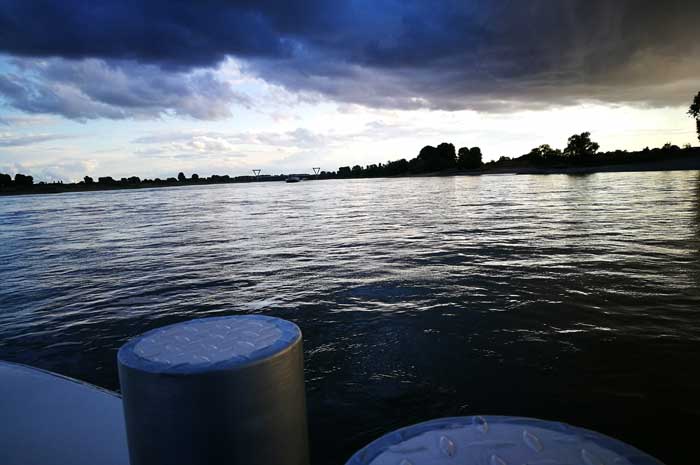 From 1825 Gierponte were used. However, as it happened again and again that ships got stuck on the yaw line and this disrupted the ride, they eventually switched to motor ships with diesel engines in the 1950s. 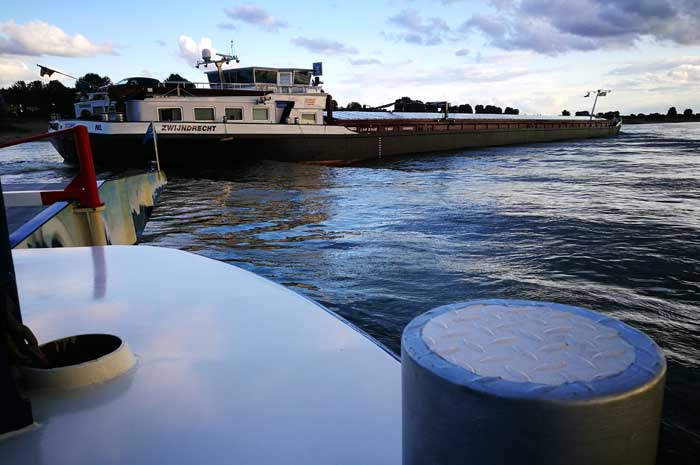 In the late 1960s, the ferry connection was taken over by the family business Schäfer, which maintains this until today, now in the second generation. The construction of the only 3 km upstream airport bridge in 2001/2002 was a significant change for the Langst-Kaiserswerth ferry. Previously, the ferry had been an important shortcut for many commuters; With the opening of the bridge, the traffic volume dropped sharply. 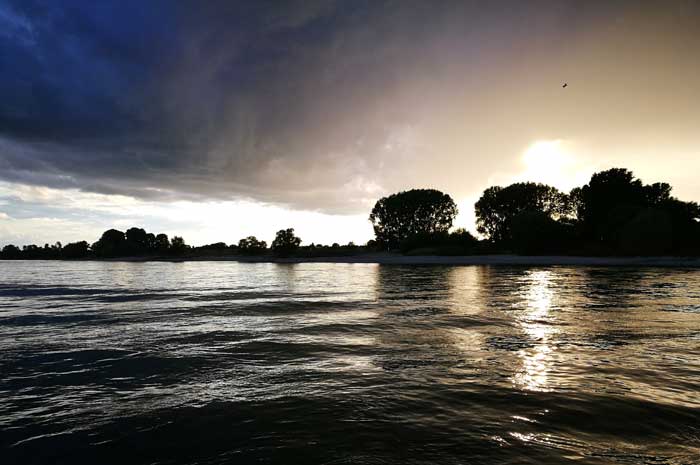 Significantly fewer employees and students of the Kaiserswerther Gymnasien regularly use the ferry on working days. The largest proportion of passengers are tourists and day trippers; Accordingly, the ferry is especially frequented on Sundays and public holidays in good weather.
The ferry operates - except during breaks  - on weekdays from 7 am on the morning, on Sundays and public holidays from 9 am until 7 pm or 8 pm. The ferry commutes as needed. 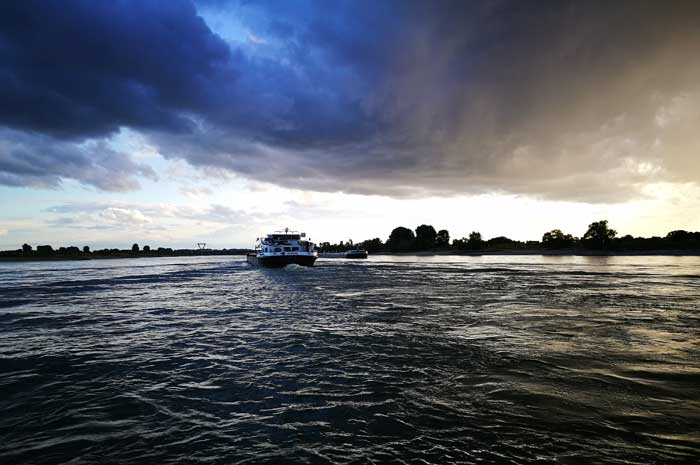