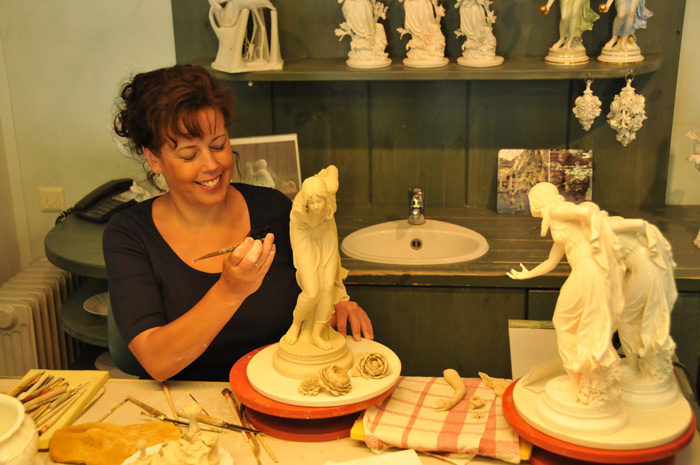 Porcelain, also known as white gold, is a fine ceramic product produced by firing with white, dense, non-porous shards that are even transparent in thin layers. Our visit to Meissen should bring us a multitude of new insights. 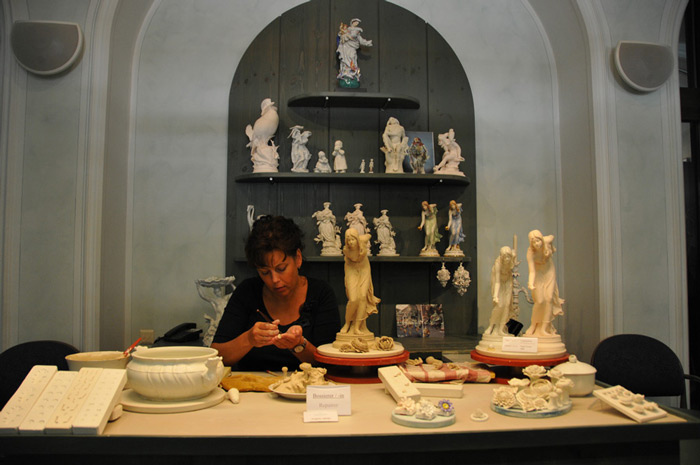 Porcelain is made from a mixture of kaolin (porcelain clay, china clay), feldspar and quartz, which are transformed into glass phase and mullite during ceramic firing. 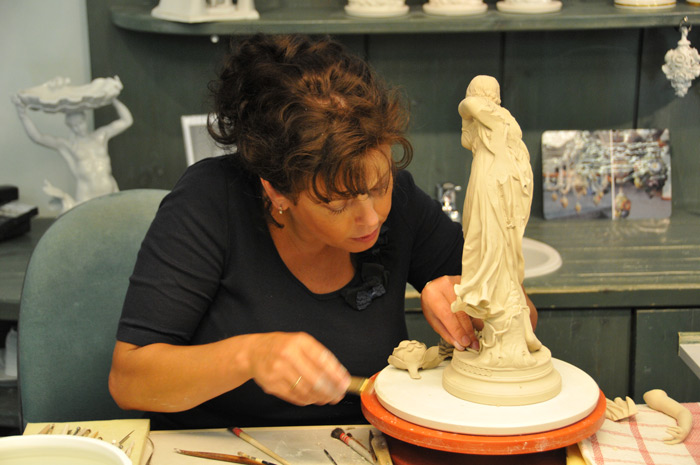 Glazed or unglazed, it is used for the production of such diverse commodities as everyday crockery or filigree works of art, but porcelain is also used for technical products and for artistic purposes. 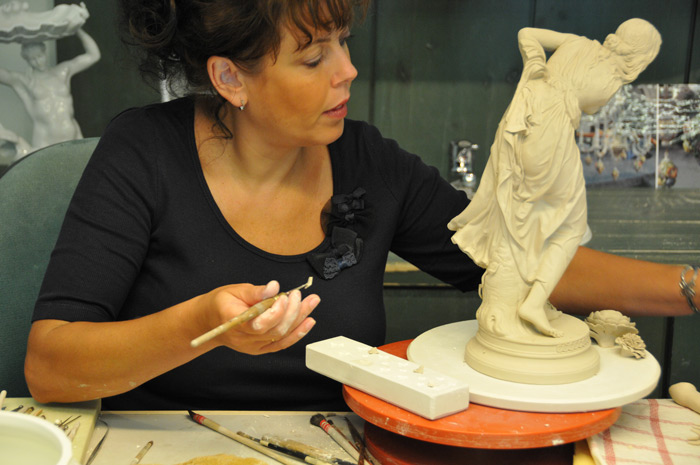 Depending on whether plates are to be produced in automatic lathes or green bodies such as jugs, cans or figures are to be produced using the casting process, the porcelain mass prepared according to a specific mixing ratio is processed compactly and pliably or as a liquid slip. 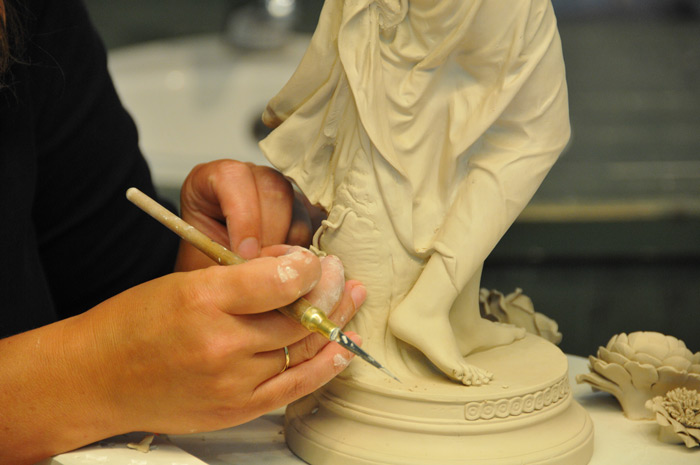 For modern dry presses, a granulate with a defined particle size and moisture content is produced from the liquid porcelain mass. 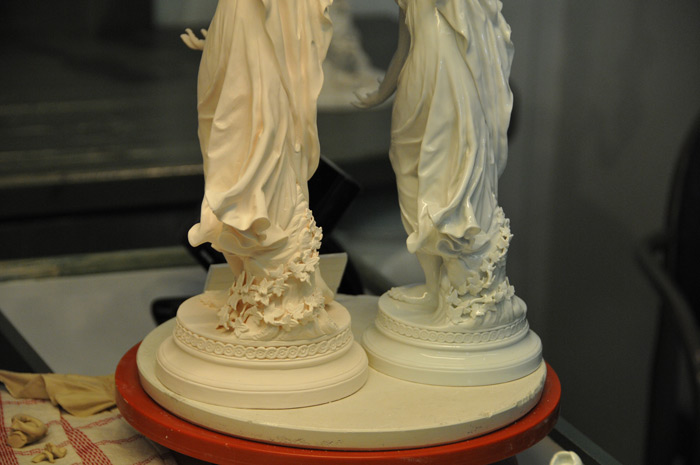 When processing the liquid mass, it is poured into molds that determine the outer shape of the workpiece but have no core - they are hollow. This process is called slip casting. 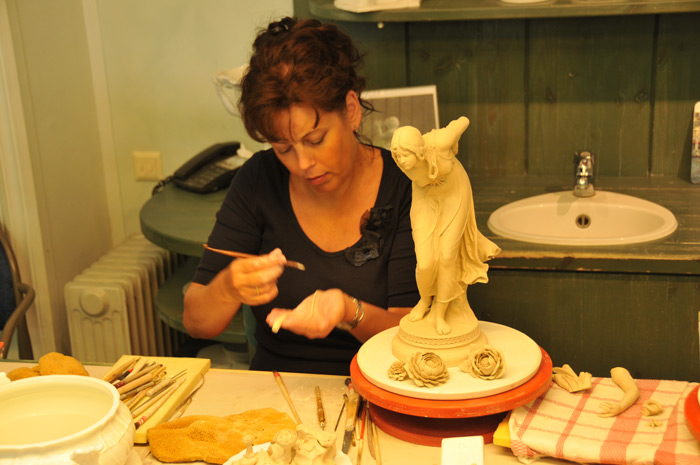 The molds can be made up of many individual parts and accordingly many levels of parting to create intricate pieces. However, two-part shapes with a parting plane are common, for example for cups, vases and other axisymmetric hollow parts. 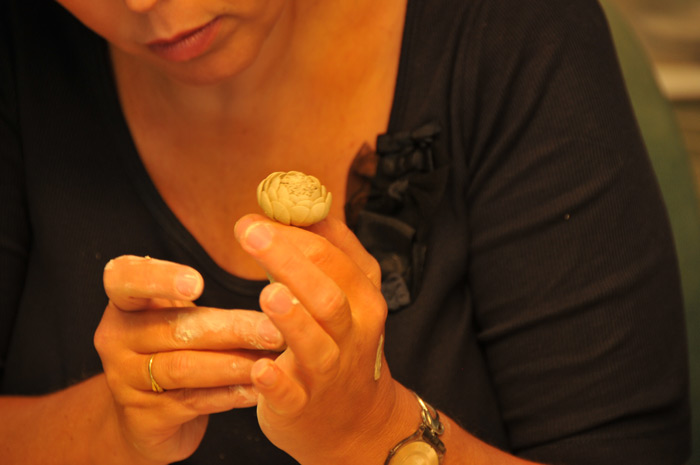 The molds are made of plaster, which has the property of being able to absorb water. This removes the water from the filled porcelain mass in the edge area and the solid components of the mass are deposited on the mold walls. 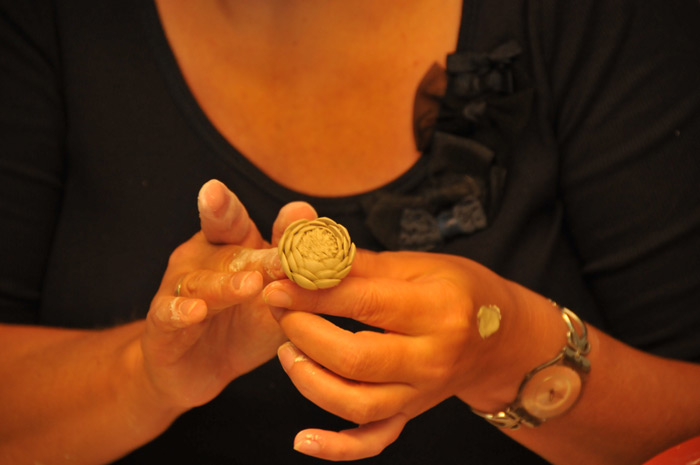 The longer the mass remains in the mold, the thicker the remaining surface layer will be. When the intended thickness is reached, the remaining liquid mass is poured out of the mold.  After a certain period of rest, the mold can then be opened and the parts removed for final drying. Then they are deburred before the first firing and otherwise repaired if necessary, handles or other design elements can be glued on with slip.

Ceramic workshop at the Bauhaus in Dornburg

Bosnian War and Destruction of the Stari most