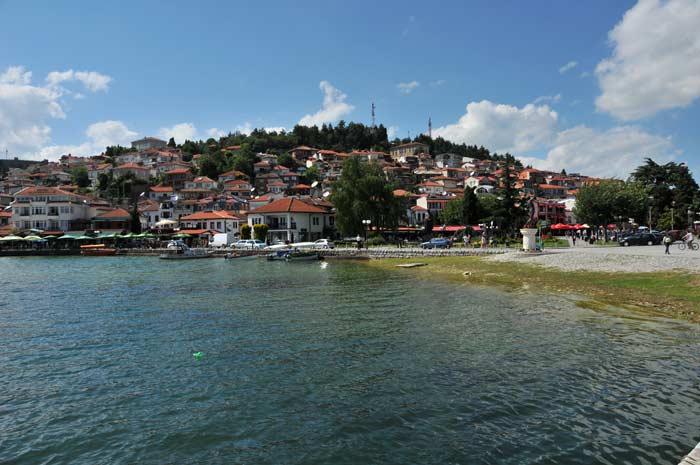 Later in the evening, after her concert appearance at the campsite, we had Judith pledged to jointly undertake ​​a little Sunday stroll to Ohrid with her, we liked as well very much since there was a lot of more to discover. 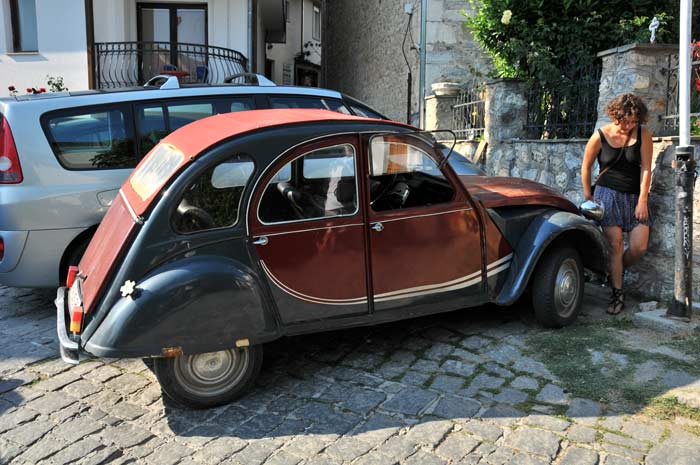 And how could it be different, we just arrived at the first intersection, we found the second favorite subject of Judith: a vintage car of the Citroen brand, this time a blue 2CV in the version as convertible. 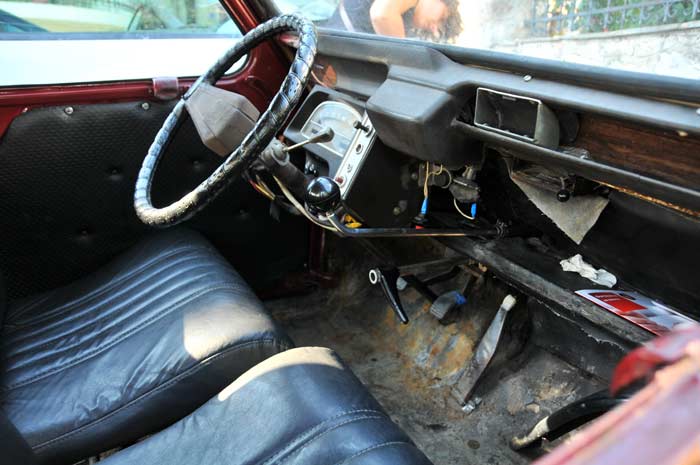 Of course, she was immediately interested, which in several orbits of the vehicle resulted in technically experienced eyes and, as she said, in many detailed pictures for her father. 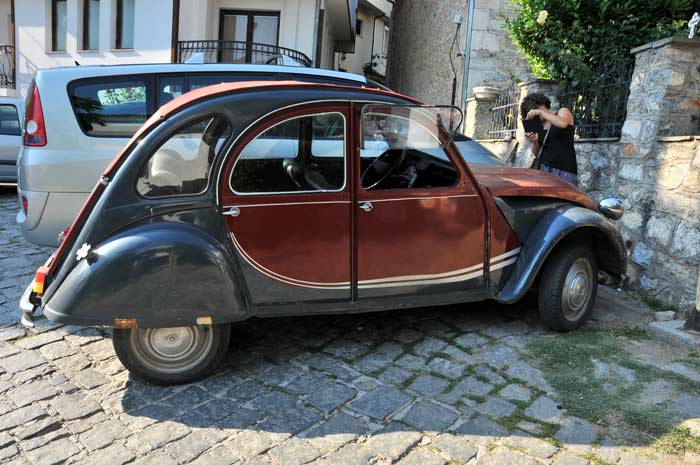 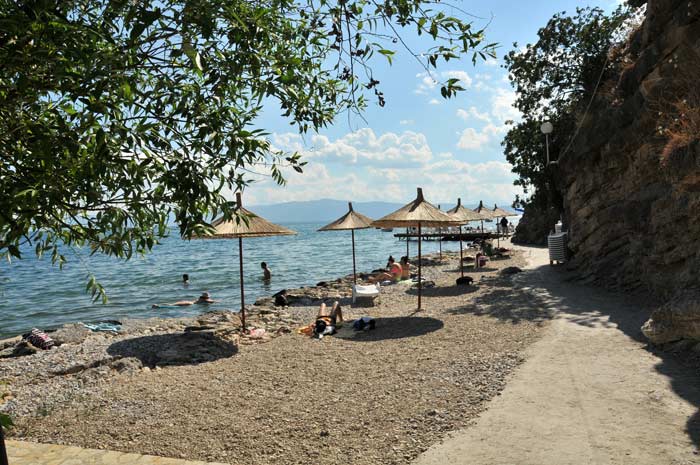 A little later we reached the lakeshore. Probably due to the heat, despite of late hour, the seabirds today rather were relaxing from heat. 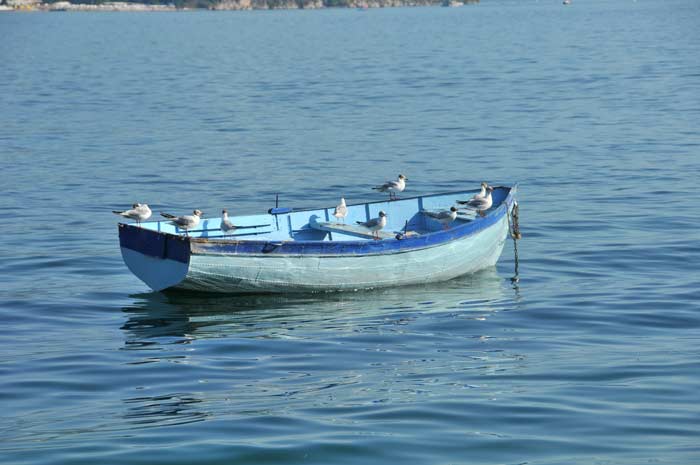 We walked on the boardwalk along the lakeshore, which then flows into the narrow coastal and beach area to enjoy our afternoon Frappe in one of the numerous cafes. 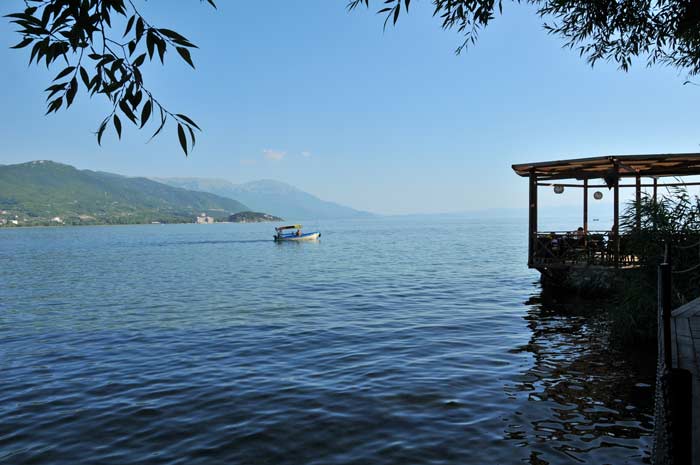 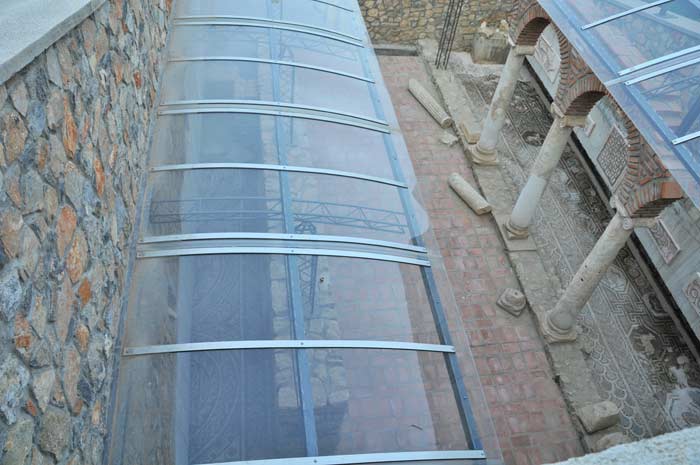 Back in the old town of Ohrid, Judith asked for the ancient theater, so we decided to climb the way to the castle. Shortly after passing the Basilica we came across the at least partially exposed byzantine floor mosaics and columns of an early Christian church, which we had previously overlooked. 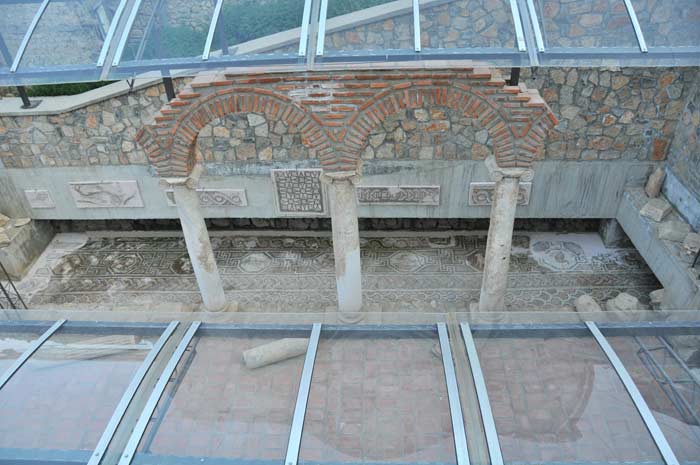 The demolition of two dilapidated houses in 2009 had stumbled upon the foundations of the early Christian church, with its preserved floor byzantine mosaics and columns from the 4.- 5th century AD. 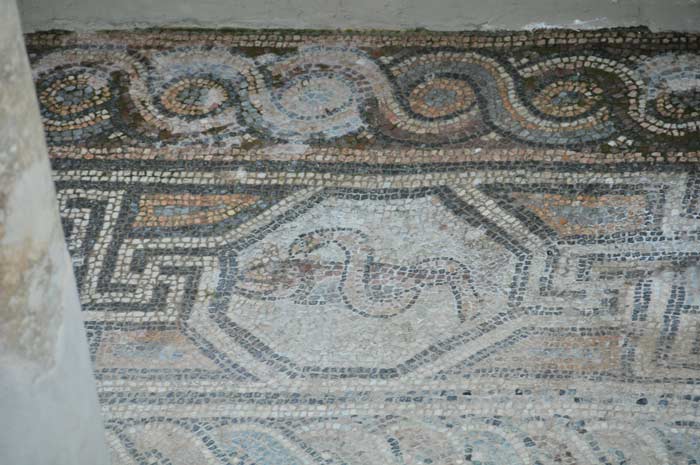 In 2012, restoration and protection structures were completed, so that this cultural monument could be handed over to the public. Unfortunately, there are so far no signs or other explanations leading to the splendid mosaics. 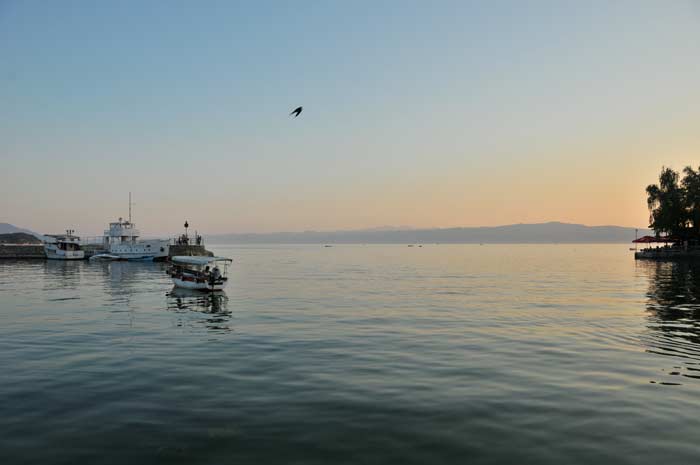 Once back at the harbor we looked at the colors of the setting sun on the now almost mirror-smooth water surface. 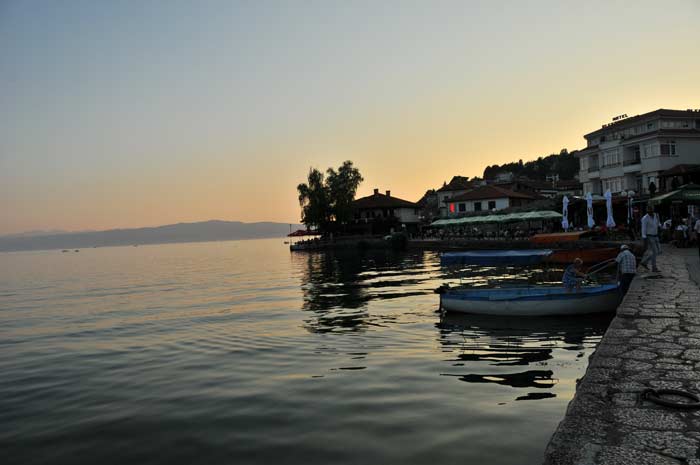 What an idyllic end of our short evening trip to Ohrid.

Please read as well and if you like, there is short movie too:

A journey of intimicy and culture along the Roman Roads