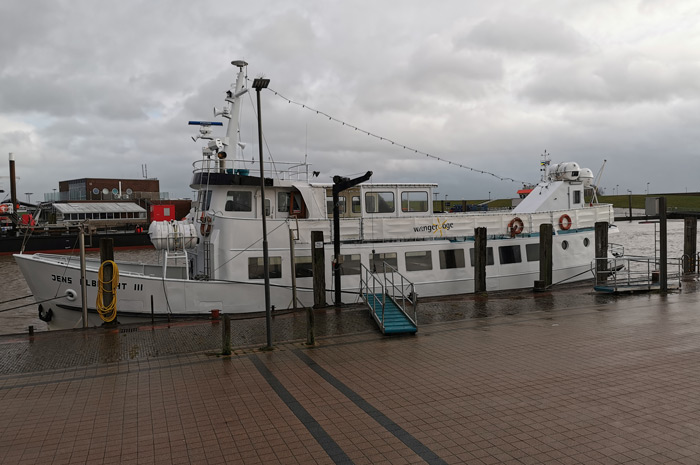 A few centuries ago, where Harlesiel is today, there was a foothills of the North Sea. Anyone who, like us and a few others, is not afraid of the rainy storm and high water on the North Sea could find out here what wind speeds actually mean. 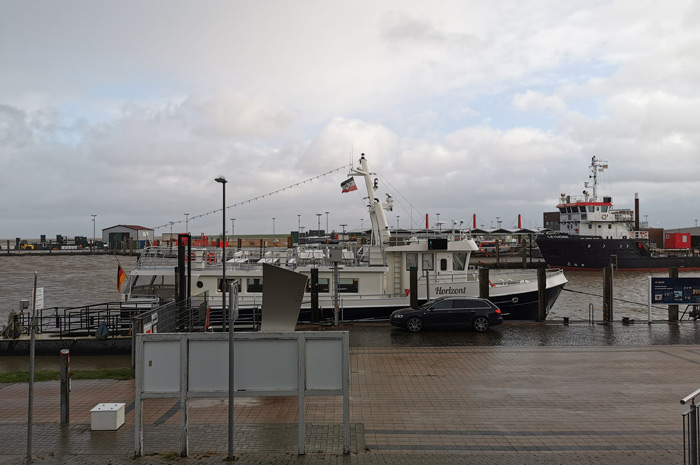 Heavy gusts of wind had caused the level of the North Sea to rise sharply, so that the harbor basin had filled almost to the brim with the rising water, i.e. the tide. 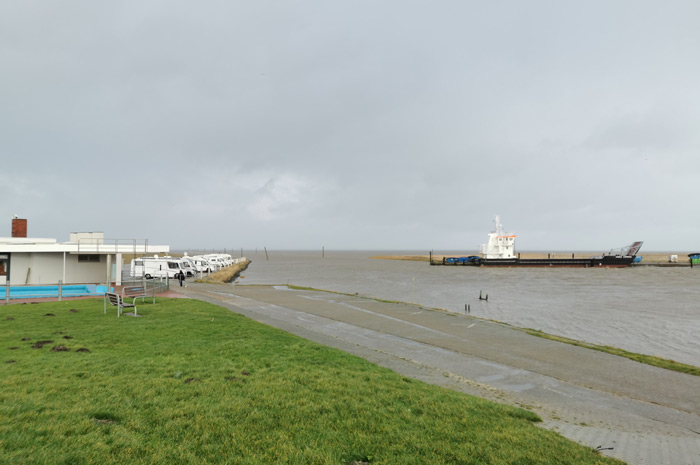 Even seagulls and terns prefer to be on solid ground when the wind is gusty, not to mention the other visitors. 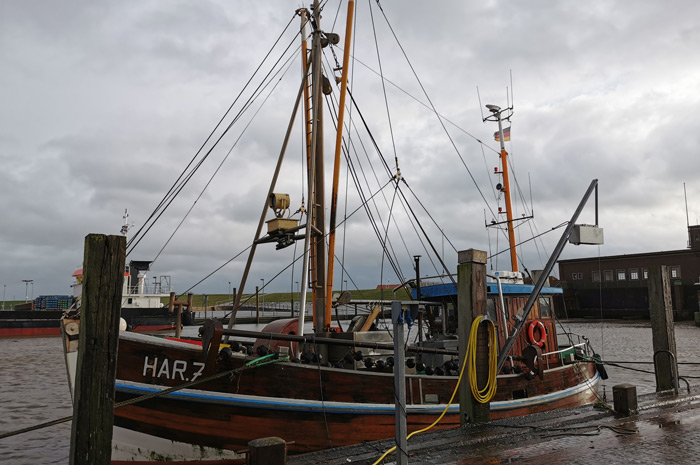 We were well prepared, so our walk should first lead to the harbor basin of Harlesiel, the pier for ferry boats to the North Sea island of Wangerooge. 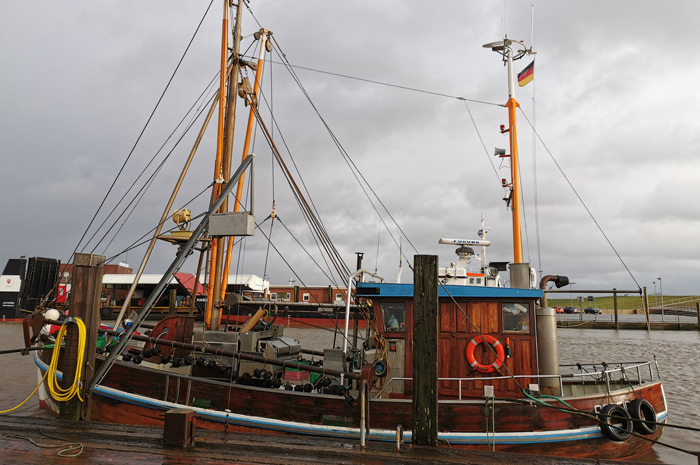 Only a few ships were in the harbour basin, well anchored they defied the violent gusts of wind, which drove us quickly forward. Again and again almost horizontal rain gave the visit to the port additional appeal. 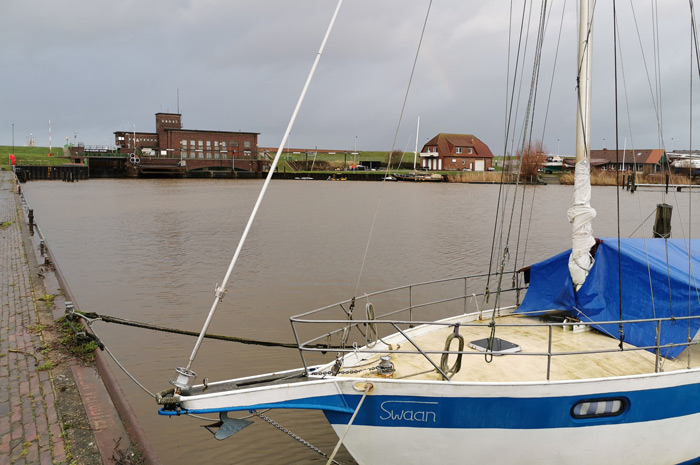 So it's no wonder that we made our way back early and when we crossed the dike we were amazed at how well it also worked as a windbreak. 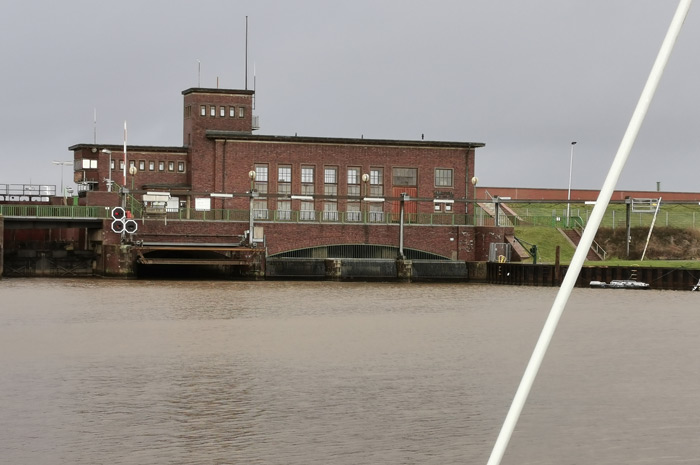 Past the pumping station, the dominant building in Harlesiel on the dike to the Wadden Sea. It is used for the harmless removal of excess surface water from the Harle catchment area, which stretches up to above Wittmund. 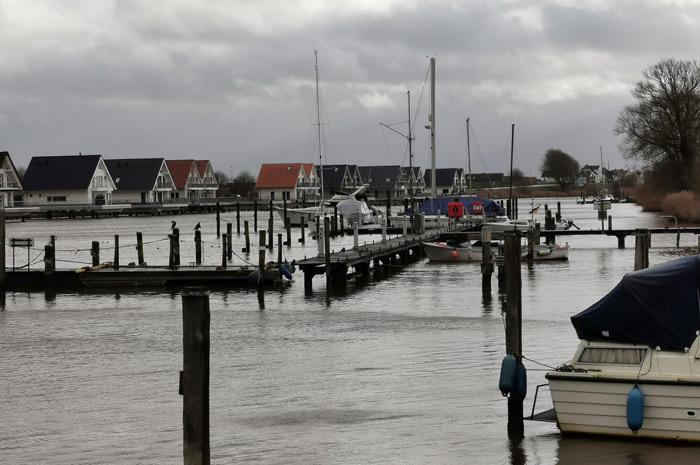 The responsible operator is Sielacht Wittmund, a corporation ÖR and one of 114 water associations in Lower Saxony. The Harle drains the 22,070 hectare catchment area over a length of 23 km through the sewer and the pumping station into the Harlesieler Watt and the North Sea. 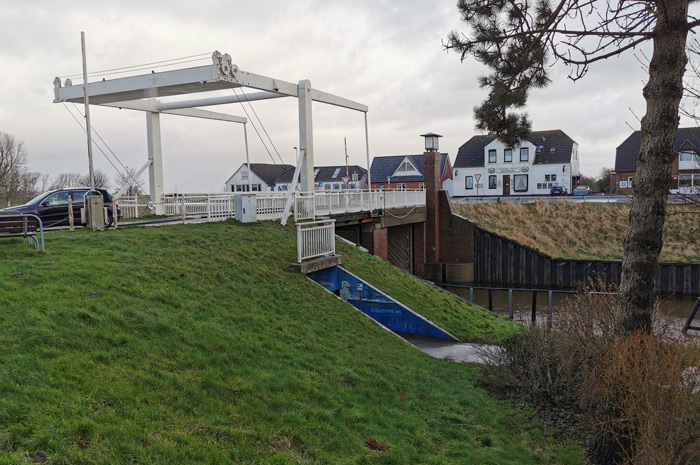 It was much quieter at the inland port, so we decided to go to the Sieltor of the Friedrichsschleuse, which for a long time formed the seaward end of the Carolinensiel Sielhafen. 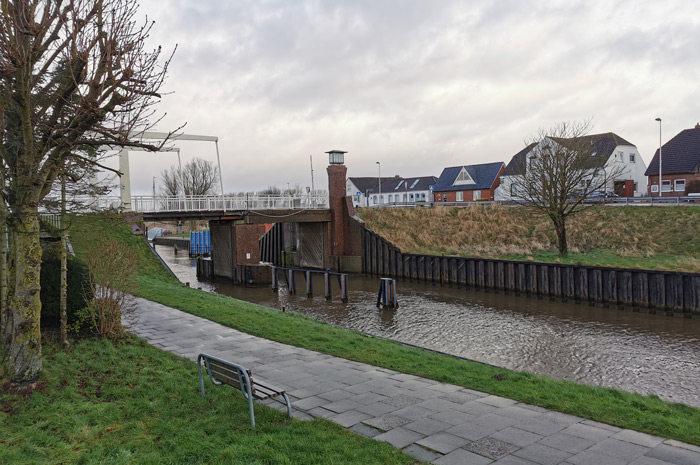