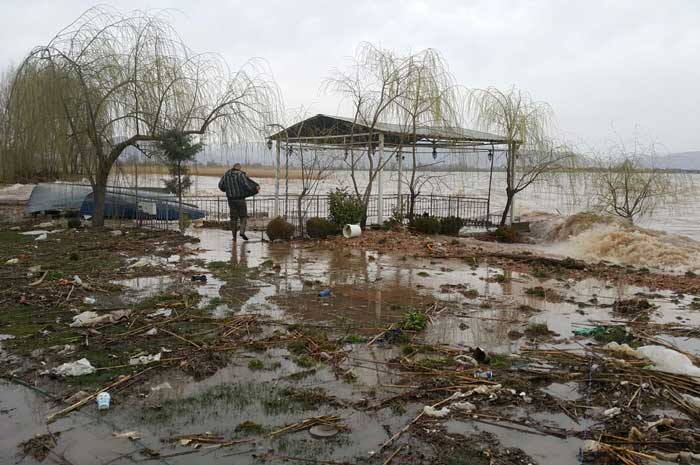 Heavy and prolonged rain showers, combined with heavy snowmelt on the surrounding mountains of the Galicica National Park, have increased the water level at Lake Ohrid almost overnight. So strong that the exit of the Black Drin river at Struga could barely handle the masses of water. 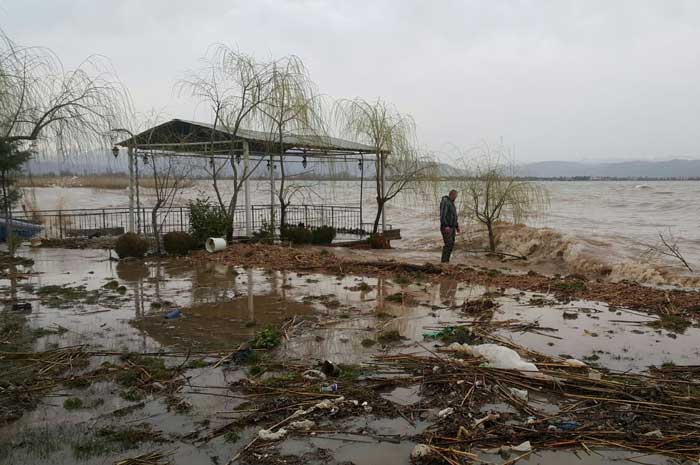 Anyone who has ever been to the Campsite Rino in Struga knows how much the level must have risen when looking at the pictures. Unusual was also the strong wind, which led to large wave crests, which then crashed to the shore. 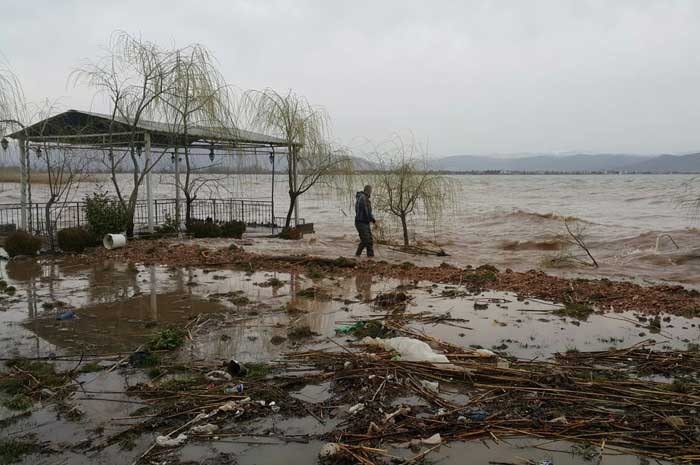 Otherwise calm and hardly any wave, the water was wild and whipping, high waves crashed to the bank attachment, of course, brought along a lot of flotsam, which spread on the camping area. 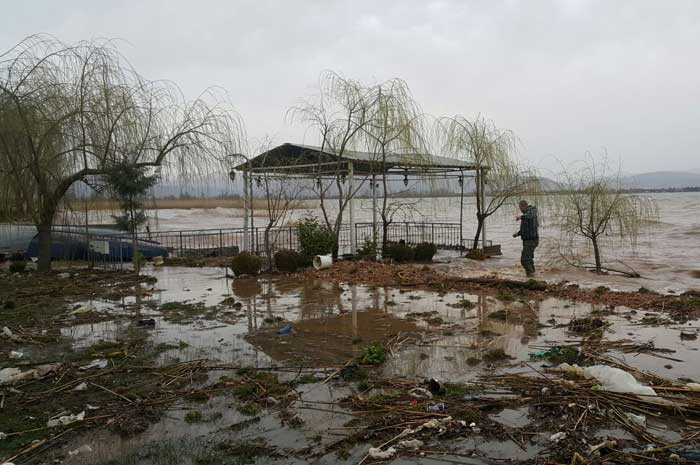 Much work there is now in the coming days for Rino and Pimi, especially since the winter was long and cold and therefore just little income for the family, so the first campers are eagerly awaited. The extremely hospitable family was very optimistic in terms of cleanup. And the weather forecast predicts strongly rising temperatures for the next few days too. 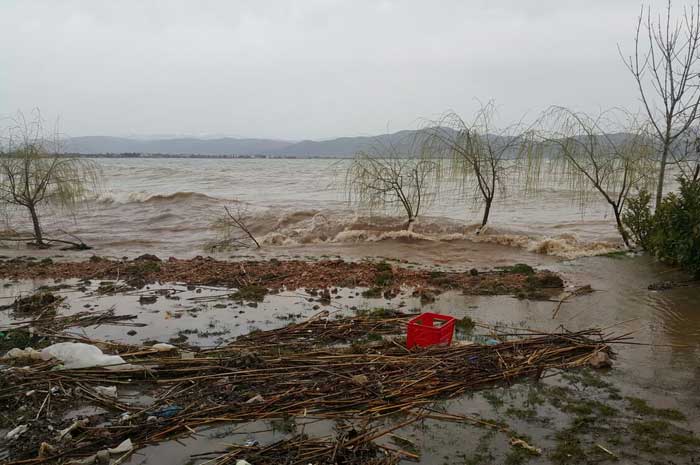 Not far from the Camping Rino, is the restaurant "Kaneo" on Lake Ohrid (we had cycled there several times along the shore cycle path), which also reported land flooded: water in the restaurant. The staff tried to defy the storm and at least saved the facility to the dry zones in the back. 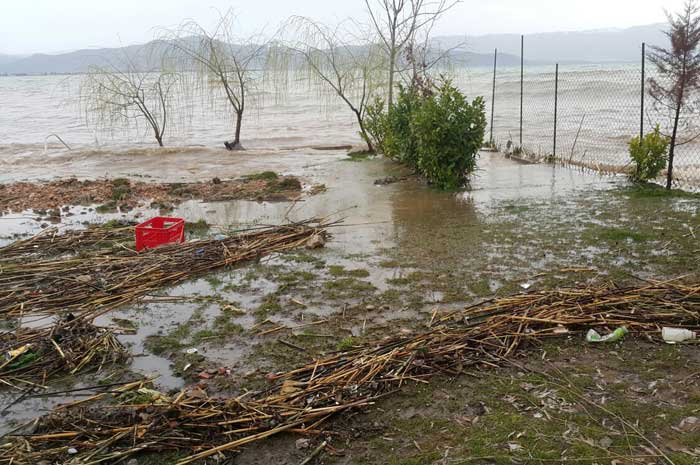