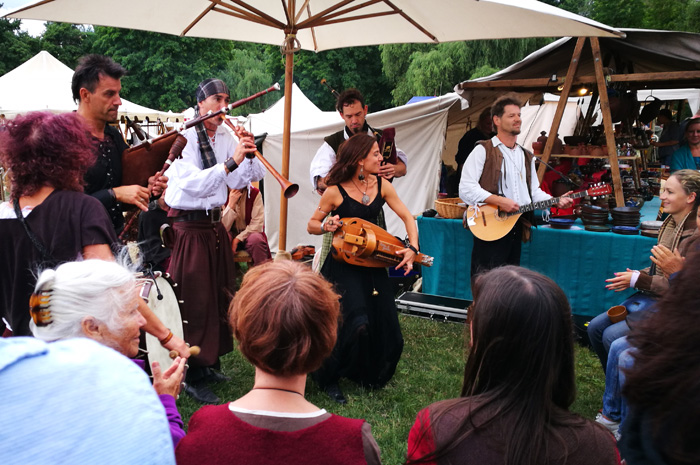 After an impressive first tour across the open-air area on the Remsinsel of Waiblingen, we were more than impressed by the eagerness of the fairgrounds, their costumes, the tent camp and, above all, the musical performances spread over the day.

Here, too, it were the various instruments of the Middle Ages, which partly sound unknown and interesting tones. 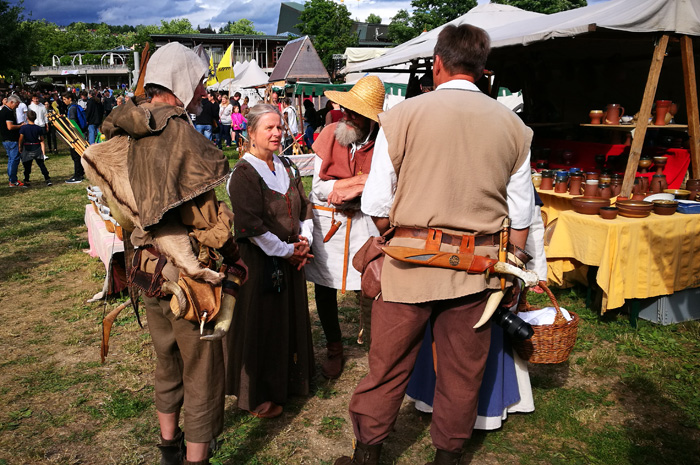 "As part of the Staufer spectacle in Waiblingen in 2017, the "Coming Swabians" organized the German Teutonic Knights' Camp together with the Order of the South German Balleies, so it was read in the official invitation and greeting of the participants of the meeting on the Internet. 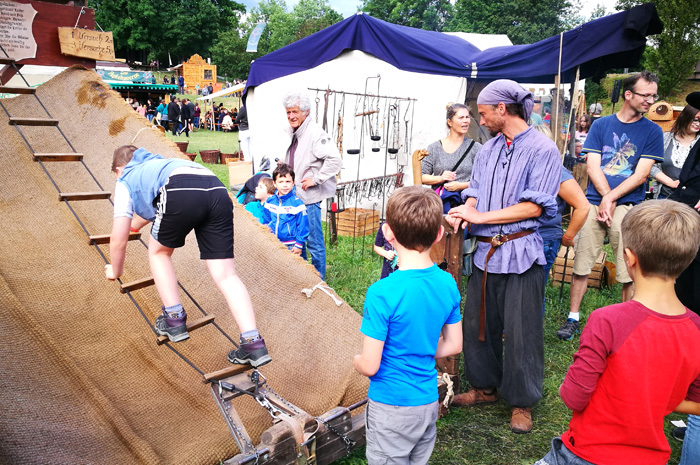 We are looking forward to all the brothers and sisters who represent the German Order ..... and, of course, our visitors! The background for this event is to provide an opportunity for all interested religious actors here in the South to meet and exchange ideas. 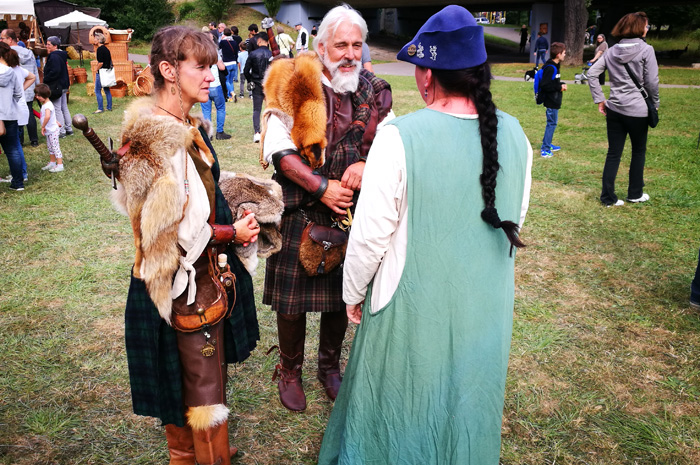 Since the founding of the hospital community by Bremische and Lübeck traders before Akkon and the elevation of a spiritual knightly order in 1198, the members of the original charitable community engaged in the Holy Roman Empire during the 13th century, the Holy Land, the Mediterranean region and Siebenbürgen, until the founding of the German state in East Prussia, in the care and protection of the pilgrims. 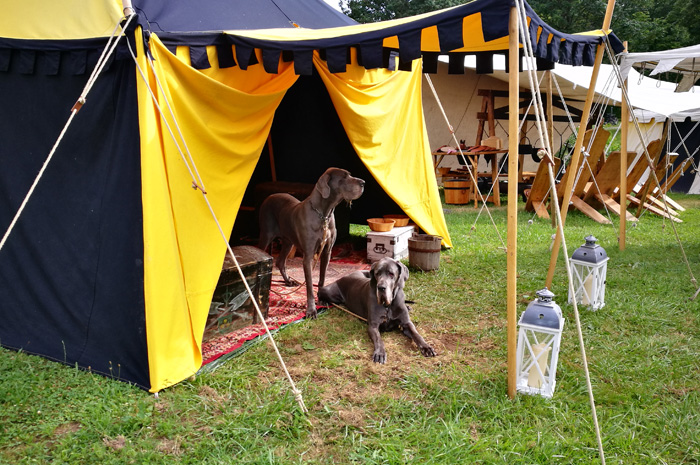 The order still exists today and currently has 1,100 members, including 100 priests and 200 religious professors, who mainly devote themselves to charitable tasks. The headquarters now is in Vienna. 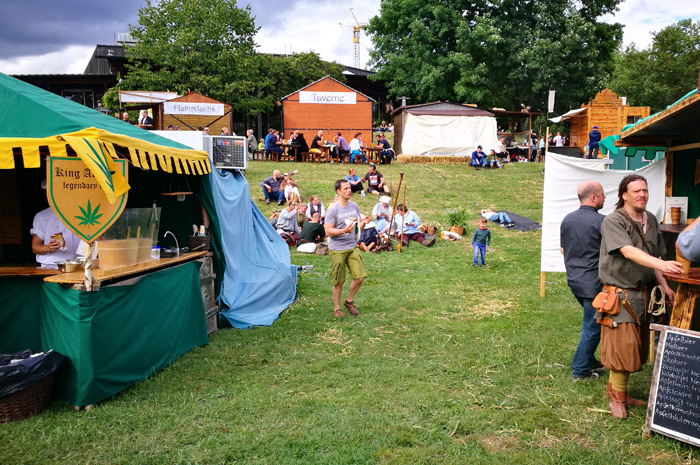 In the time when the Order also had military tasks (the Order's motto was always "Help-Healing-Weirs") there were always army camps on the ways to the Holy Land. 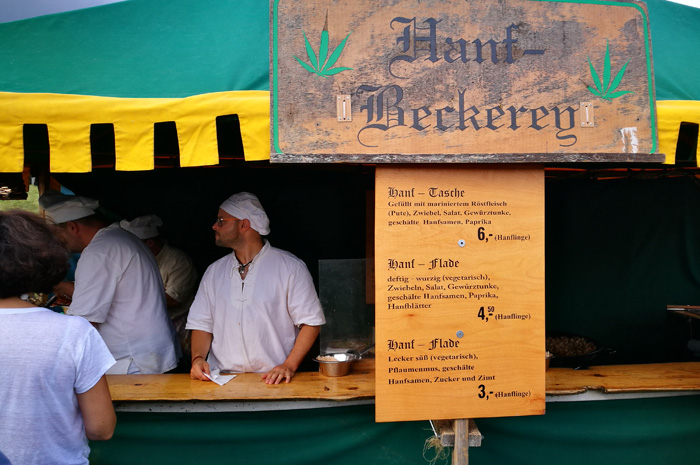 In this tradition and to represent this the "Coming Swabians" organized this large camp. So be invited to the great convention of the German lords of the Coming Swabians! 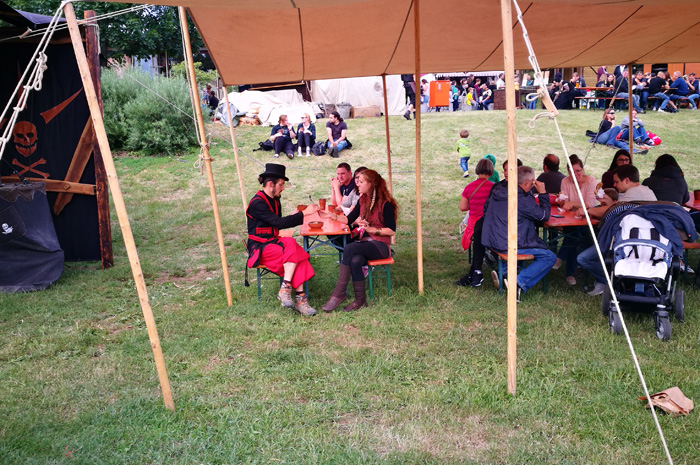 The accommodation during the meeting in Waiblingen is secured by a hospital of the Teutonic Order. 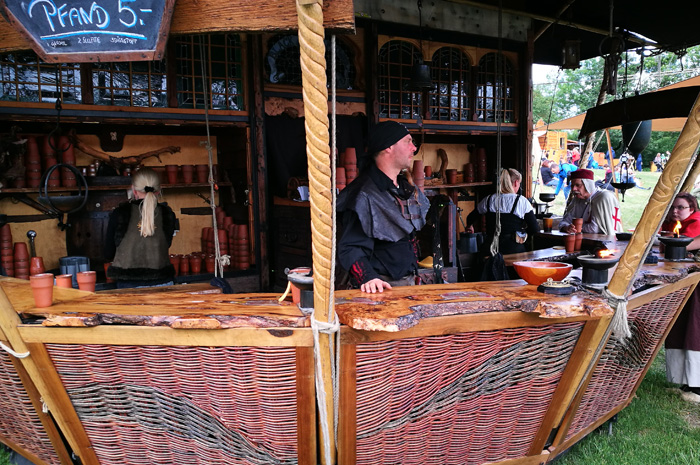 One may ask, of course, "Hospital of the Teutonic Order" - what is it? Well, simply said it is nothing but a mobile hotel. In the tradition of the early, during the crusades founded hospitals, the pilgrims' hostels along the pilgrimage route to the Holy Land, where the tired pilgrims are offered a warm bed and of course also a hot Turkish drink and a little refreshment before the market day starts! 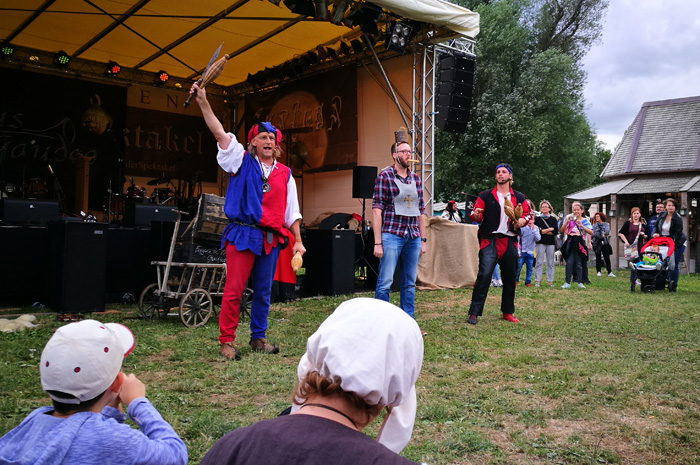 The equipment of the tents is simple, again in the tradition of a religious institution. A bedstead of straw and a blanket for the pilgrim. Only the bugs and fleas were consciously renounced. 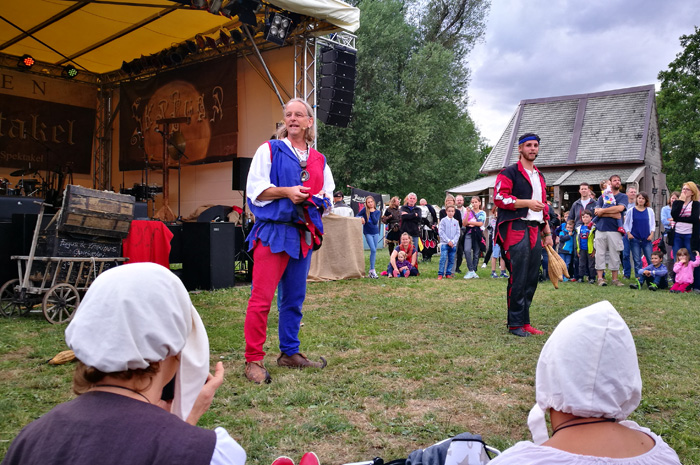 There are several tents available. The tired pilgrim can rest his head either in the large room tent (a total of 12 persons) or in the family tent cabins for 3-4 persons (max 2 adults). It was, in other words, taken care of by all, for the active participants in the market as well as for their visitors. 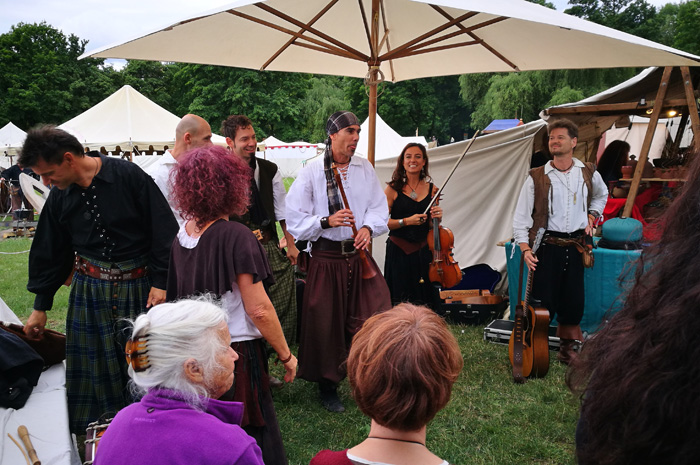 The afternoon and evening, which, apart from medieval delicacies and beverages, had always been the subject of artistic show performances and music, the variety and diversity of the show was the same. The group Totus Gaudeo, who had attracted many fans with their sounds, was another highlight. 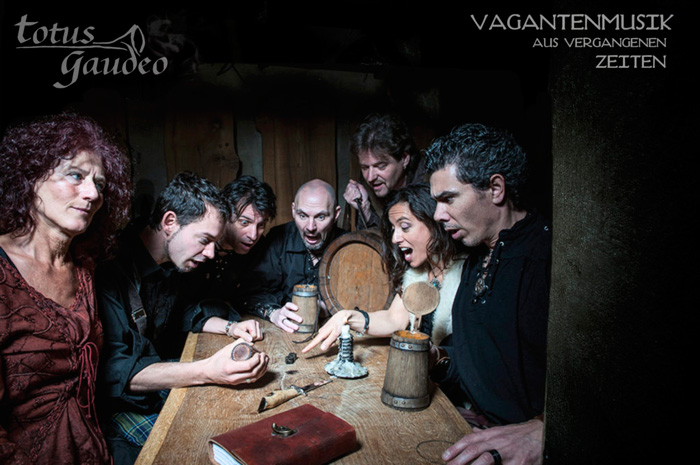 Totus Gaudeo (promotion foto) brings a wild dance through the music of the past and invites you to close your eyes with gentle rhythms and dream. Rhythmic medieval rock music and lyrical ballads flow into each other in the six-headed band, which now not only storms the stages of well-known medieval times, but has already repeatedly starred in Europe's largest medieval open-air theater. 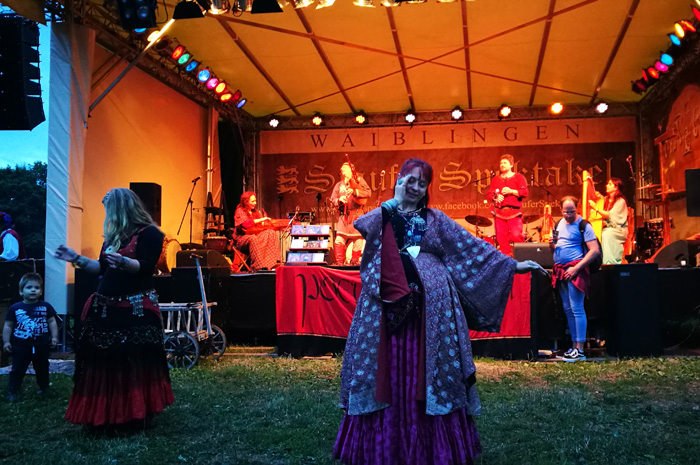 Visiting the Staufer-Sectacle in Waiblingen

Passing Lower Remstal to the medieval centre of Waiblingen