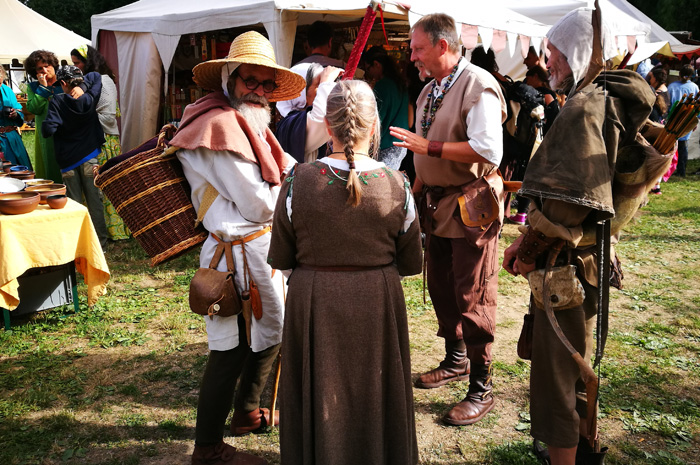 Medieval festivals follow the trend for history, at least in many cities and castles, which have a long history, so they do in Waiblingen with the background of the Staufer Family Clan which set up personalities such as Friedrich I Barbarossa during early Middle Ages. 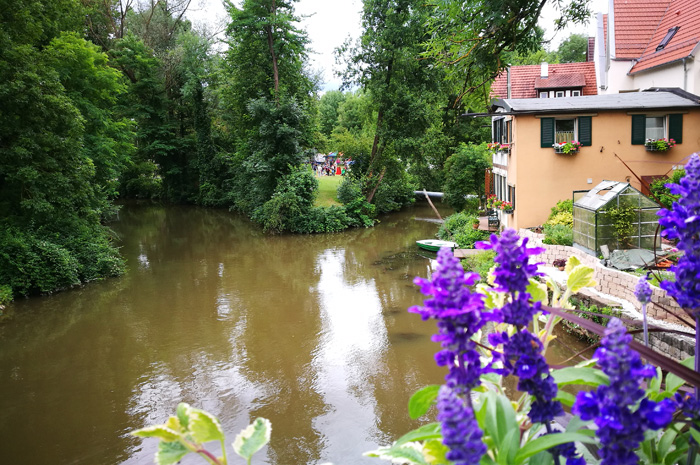 Heidi and Rainer had told us about the Staufer Spectacle in Waiblingen and .... our interest was quickly awakened. 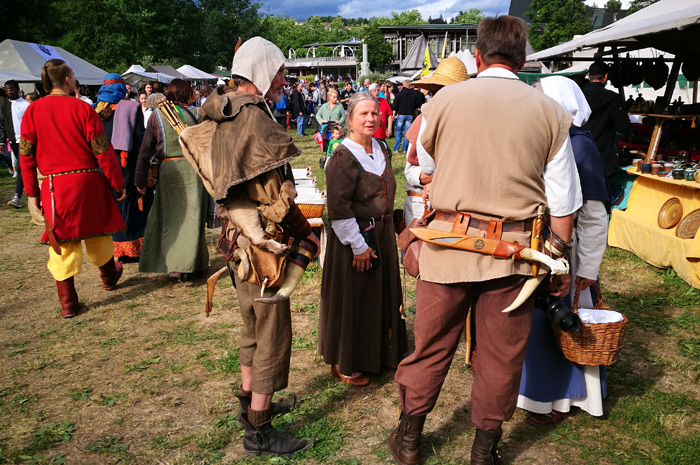 After King Konrad's death in 1152, a new king Frederick I, later on called Barbarossa, was elected because he should have the confidence for finding ways to, peace with  Henry the Lion, he was maternally related with, for the confidence of the Staufers. In fact, in 1156, it came to an agreement with Henry the Lion, who was now Duke of Saxony and Bavaria, from where Austria was separated as an independent duchy among the Babenbergers, another family clan. 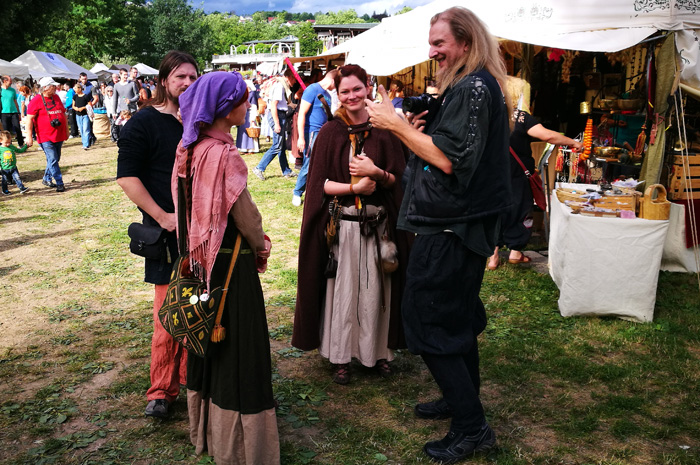 In addition, the Welfen in the north of the Reich was assigned a factually independent sphere of interest. It was not until the Welth Heinrich was no longer ready to support the ambitious policy of his cousin Barbarossa in Italy without any consideration, and in the year 1180, to the dismissal of the mighty Welfenherzog. The beneficiary, however, was not Barbarossa, but were the princes who appropriated the defeated dominion complex of the Welfen. 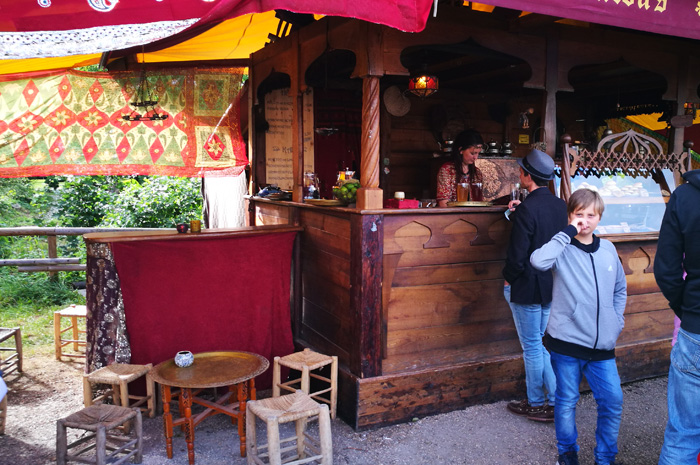 As far as the prehistory around Barbarossa, which contains further episodes, which extended during the crusades even to today's Turkey and to Cyprus, because Barbarossa at Silifke fell into the river and drowned. 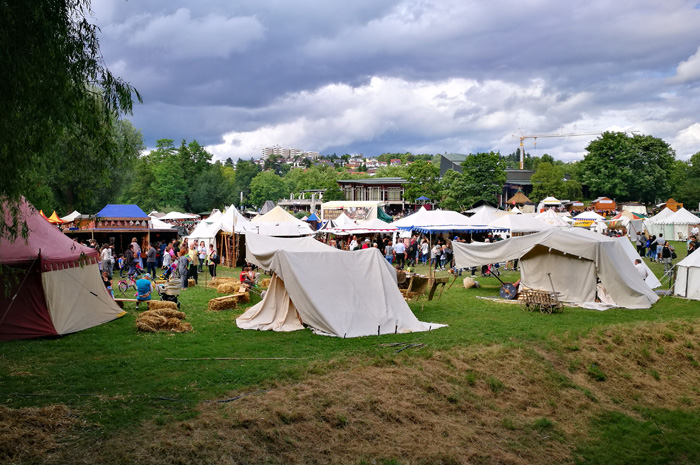 The extent to which the development and development of Waiblingen is actually associated with the Staufern is partly still unclear and probably only due to the story of Agnes von Waiblingen, who had given the Salier King Henry IV to the Barbarossa as his wife. 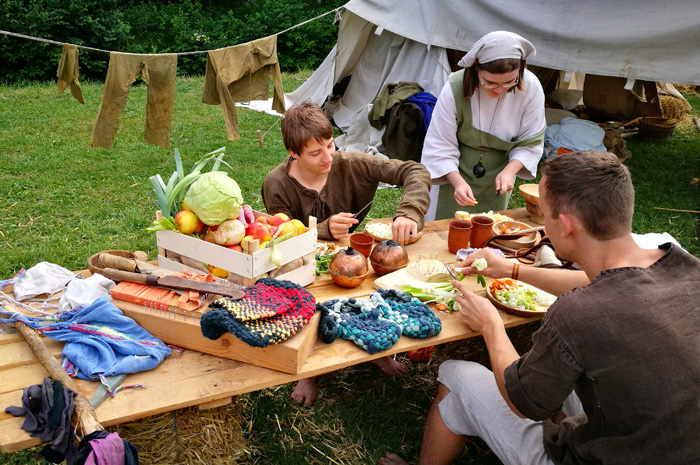 As far as the historical background, which ultimately led to the Staufer-spectacle in the modern world, and was to take place for the second time in the wonderful park of Waiblingen. 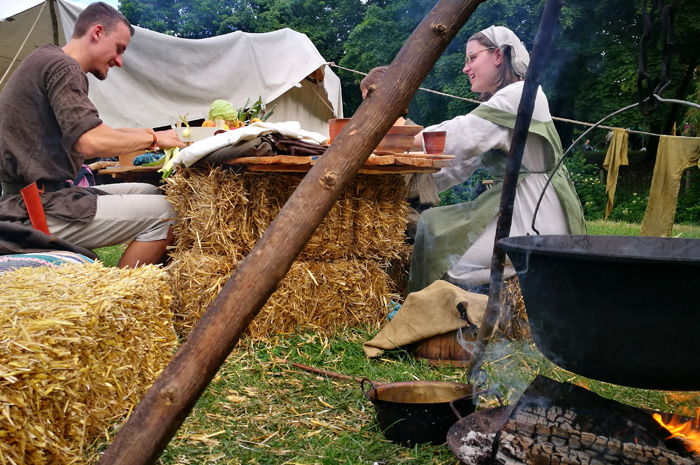 The sky was clouded, but we were lucky, because there was only a small rain shower, which we could spend in the tent of the Romanian people. But one after anonther. 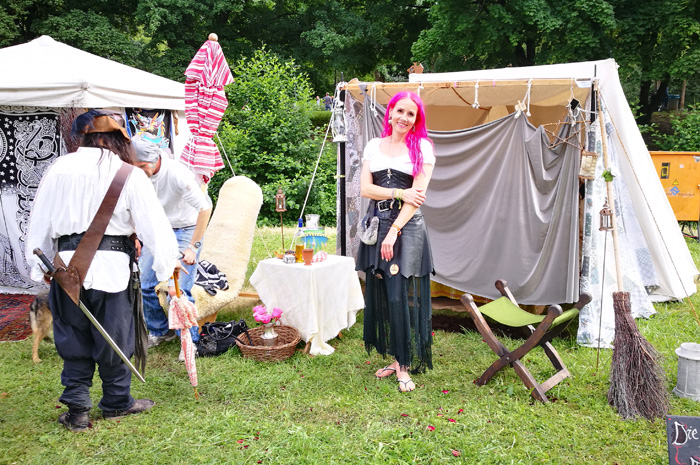 Through the town park on the Remsinsel, which we had already known, we first went to the Festwiese, which resembled a large camp, so many tents and booths had been erected, according to the motto trade and life in the Middle Ages were to be shown. 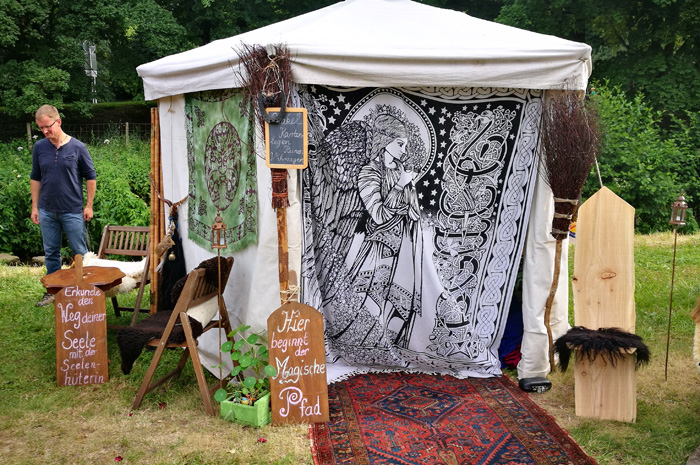 There were also a large number of splendid medieval dressed people in the village who could be attributed to various professional groups, from the hunter to the knight. 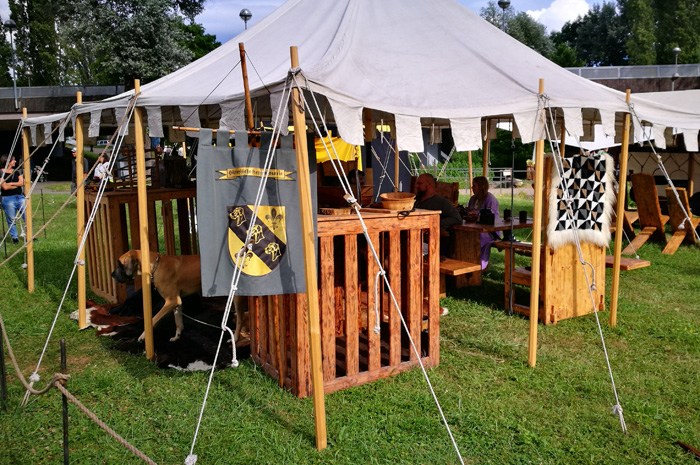 The mediaeval story-teller Bertholder, the narrator, who continued to find his own audience in his own tent, was particularly interested. Mostly children, but also many adults listened intently to his words. 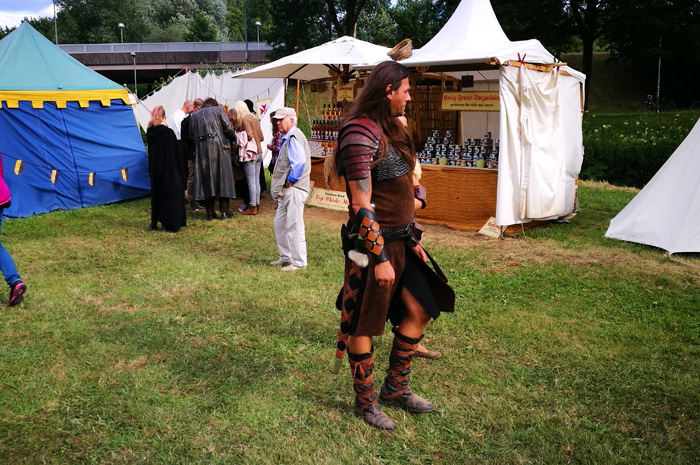 As a highly medieval representation this art figure was located in the splendid times of the Holy Roman Empire of German Nations. The narrator Bertholder (Harry Rischar), who is presented here, moves more like a minstrel in the courtroom, but is limited to the purely linguistic reproduction of the stories, which were originally only orally handed down. 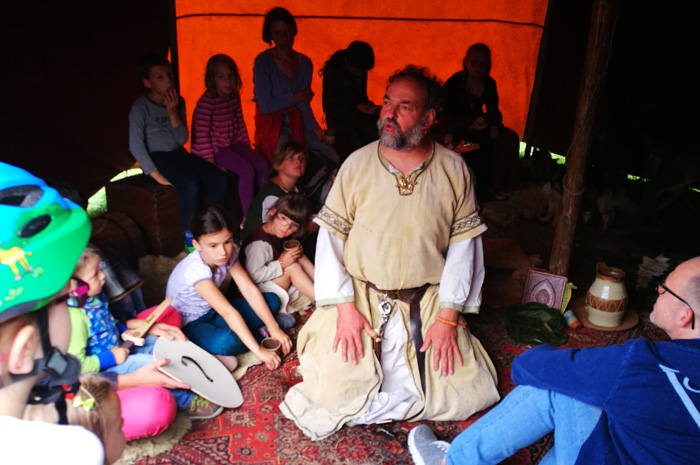