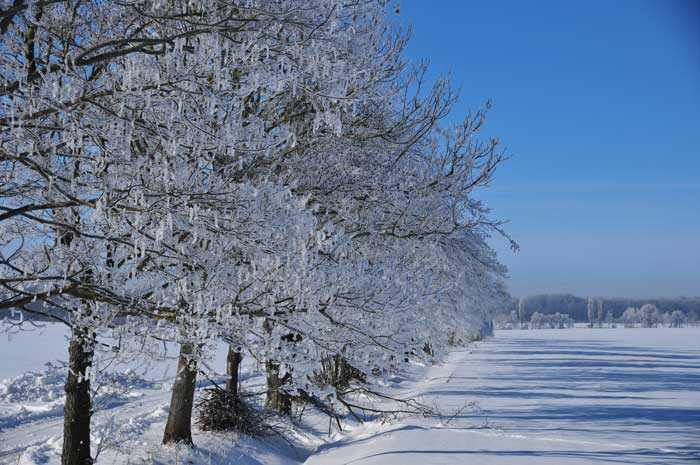 We were surprised at the heavy snowfall that covered the country with up to 60 centimeters of snow, which has not happened in years, there was the next surprise due to the very low temperatures on Sunday morning: hoar frost on the trees. 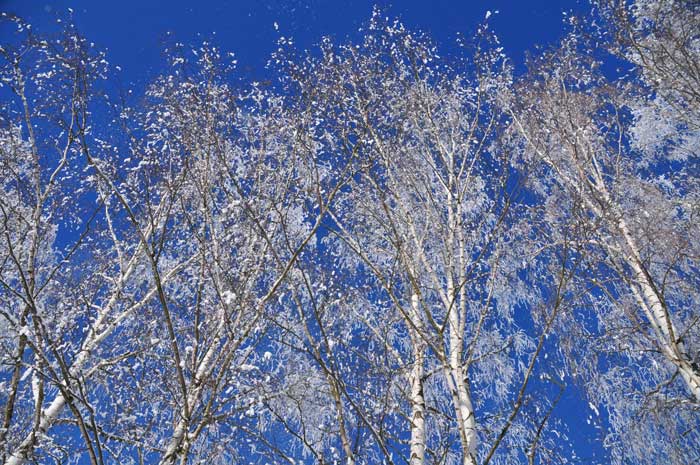 First discovered in the garden, our "urge to explore the nature" was awakened to get closer to this wonderful experience of nature, and sunshine was also the order of the day so we quickly prepared ourselves and off we go. 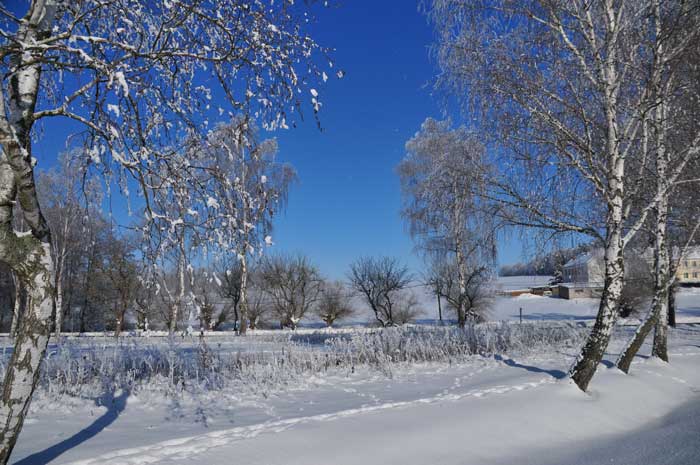 Hoar frost is something like a solid precipitate that can form from supercooled water droplets from light fog or directly from the water vapor contained in the air by resublimation. 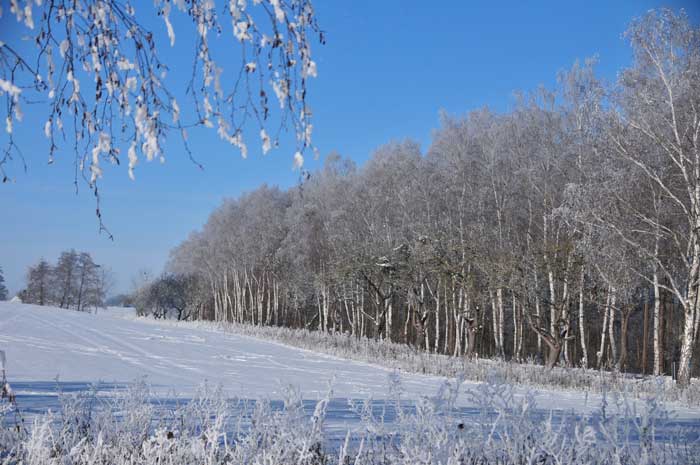 This requires a very high relative humidity of over 90% and an air temperature of below −8 ° C, which we almost doubled last night. 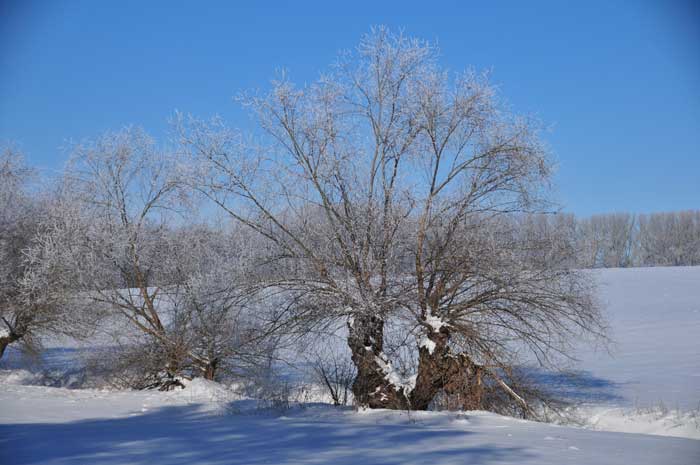 The resulting heat is transferred to the surrounding air by convection, so wind increases the formation of hoarfrost. 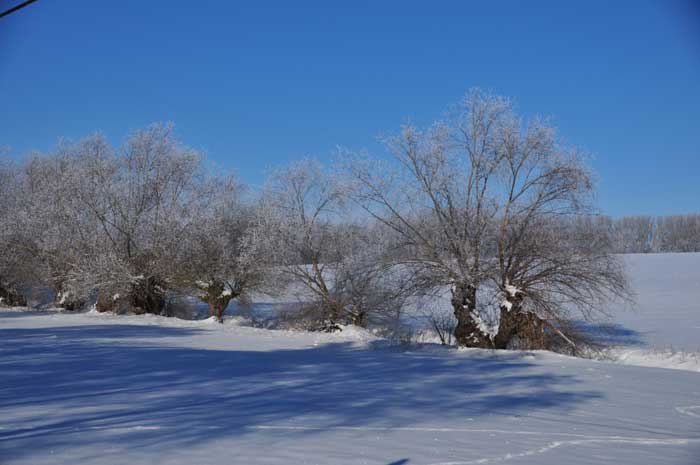 The wind must not be too strong either, otherwise it would destroy the sensitive crystal structures that form on twigs and branches. 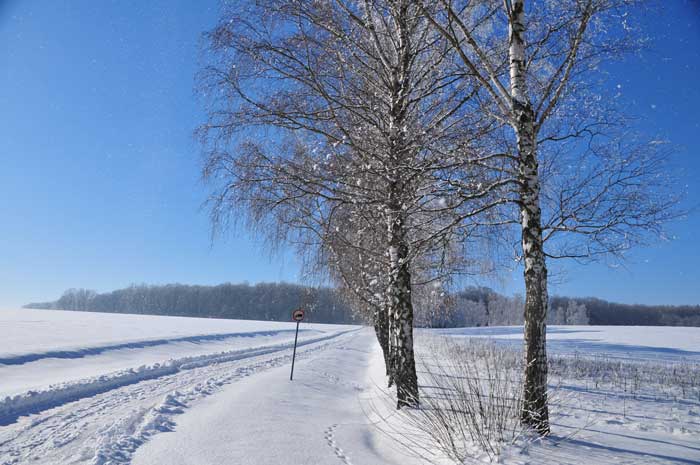 Especially against the direction of the wind, needle-shaped ice crystals in the form of six-pointed dendrites are created, which can reach a considerable size and bizarre shapes and usually only grow slowly. 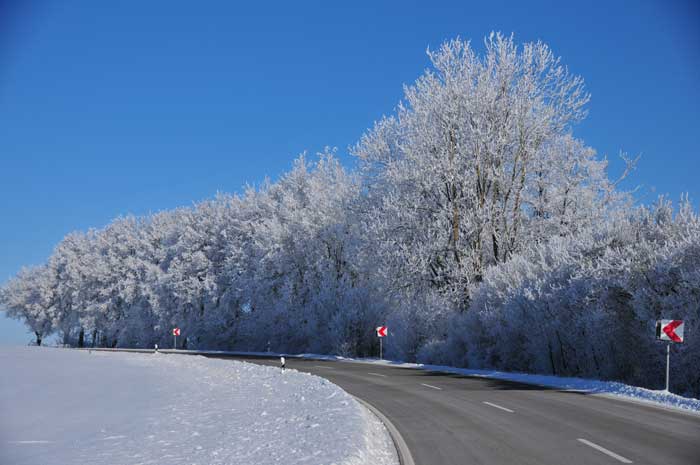 Hoar frost consequently grows against the wind, as the air arriving on the windward side has a higher degree of humidity than on the leeward side. 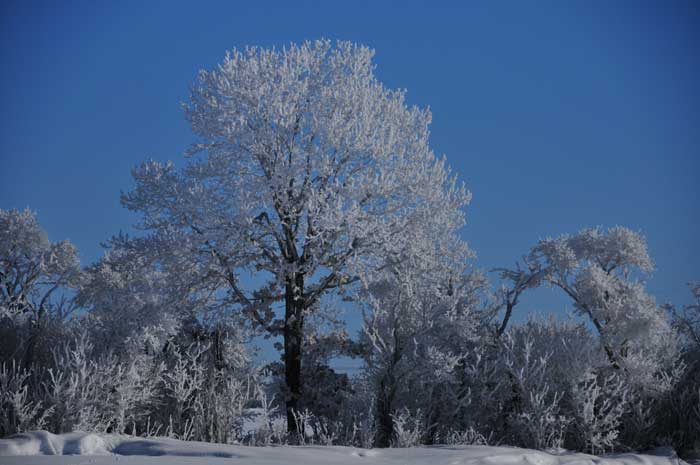 Rime arises comparatively rarely and is often confused with frost or rough ice, for which it represents a kind of intermediate stage. The ice flowers are also a special form of hoarfrost. 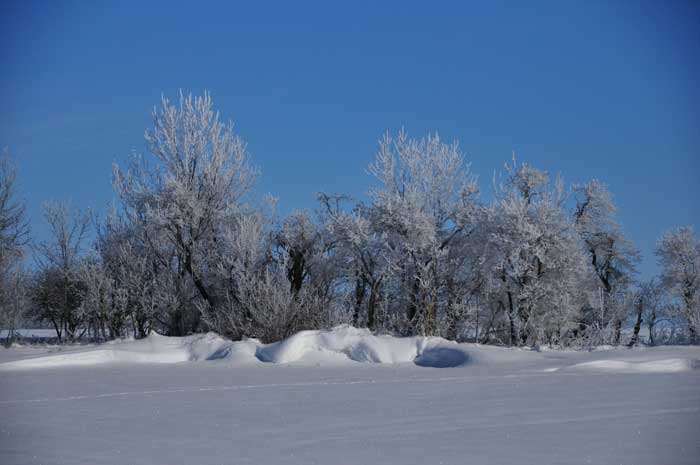 The discoverer of hypothermia is Israel Conradi (1634–1715), a doctor of medicine and well-known naturalist in Gdansk. In 1677 he reported on a large number of experiments on cold, in which he also discovered hypothermia. 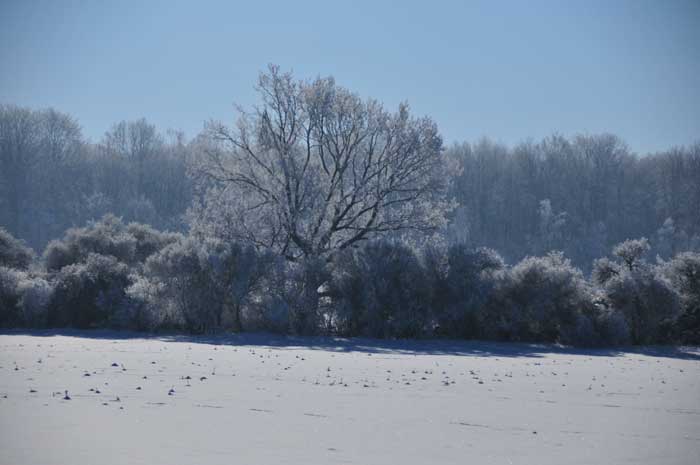 Daniel Gabriel Fahrenheit described in 1724 that he could cool boiled water in still vessels about four degrees below freezing point without it solidifying. 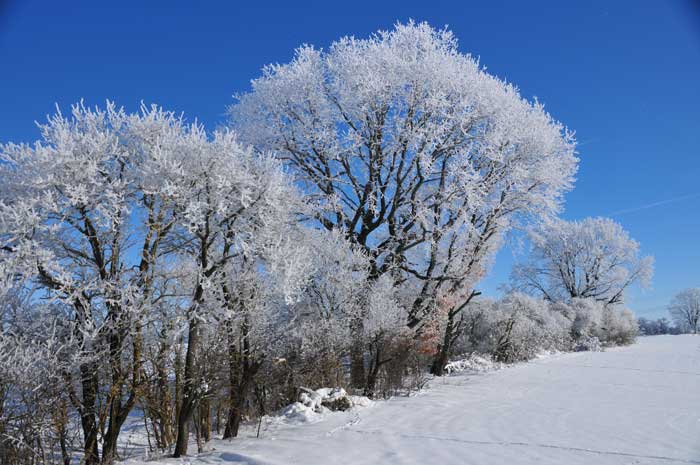 In the event of vibrations, however, there was sudden partial freezing, with the water penetrating with ice needles. 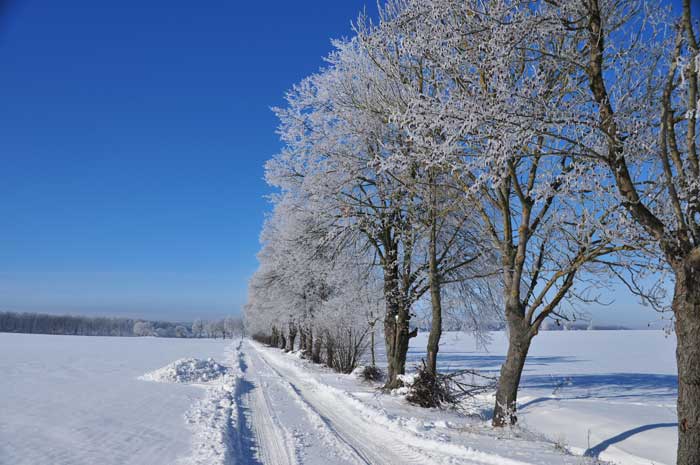 Charles Blagden described his research on the freezing delay of water in 1788 and found that purer water tends to be more hypothermic. 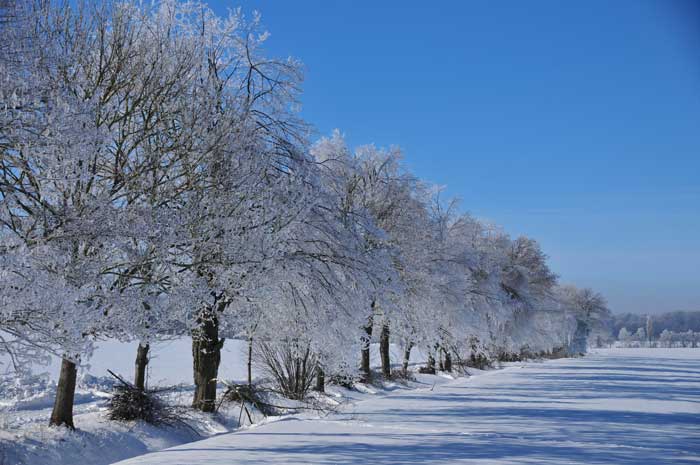 Scientists looked into the phenomenon very early on, but we just wanted to take some nice photos. The biting cold also quickly made for a return to the warmth. 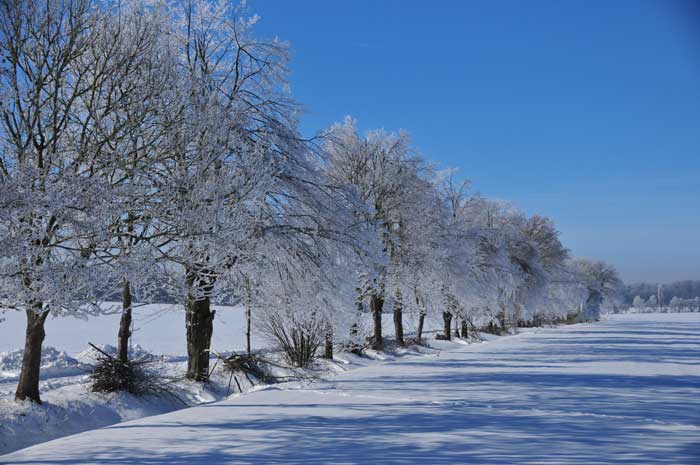