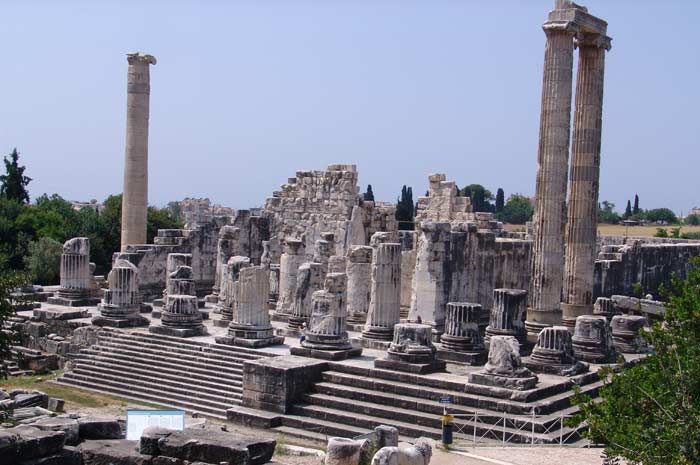 After visiting the major oracle shrine of Apollo in the ancient city of Didyma we were traveling along the coast road on the way to Lake Bafa, when we had to pass through the village of Akköy. 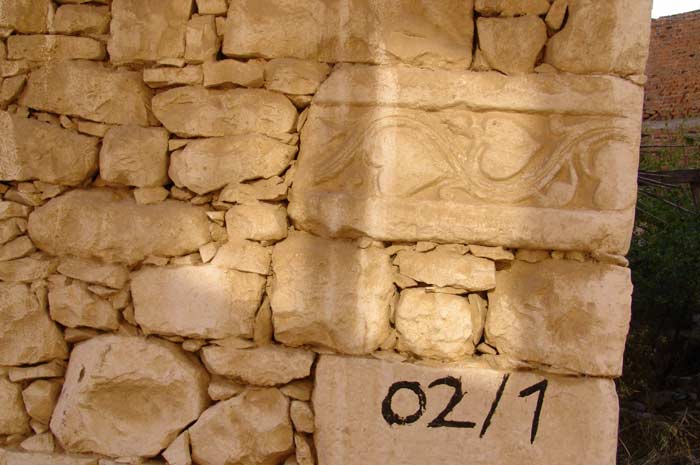 Actually, we only noticed the image in a cornerstone of the masonry with its characters when turning into the center, what forced us to shortly stop and have a look around the village Akköy. 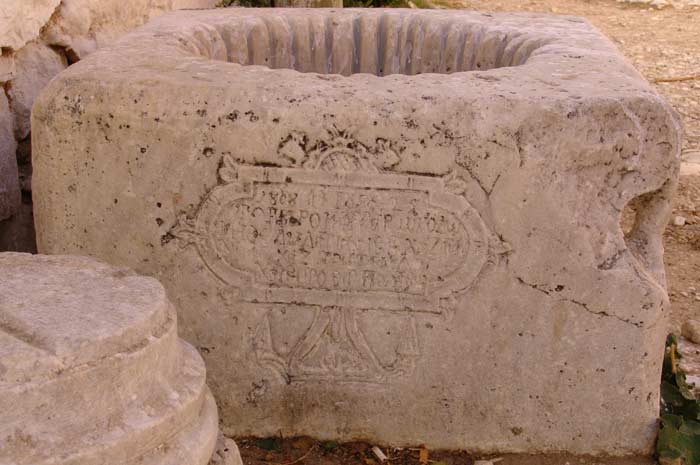 When parking the car, we discovered this stone and its inscriptions, so we became quite interested, what more can be discovered and will be more worth seeing in the village. 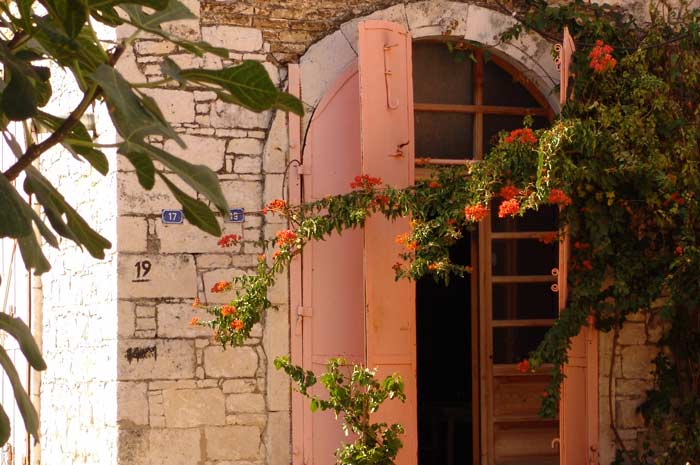 This entrance gate with its stone portal and the blooming flowers around, gave us even more hope for further discoveries. 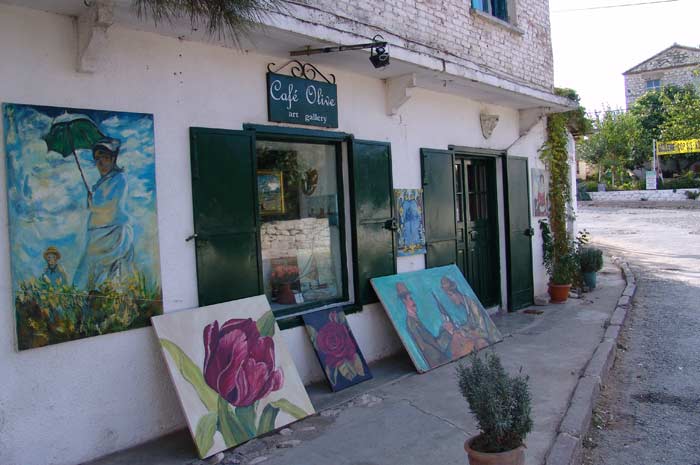 And we hardly wondered, as we came to the little Cafe Olive little later, which was far more than just a sidewalk cafe, ..... 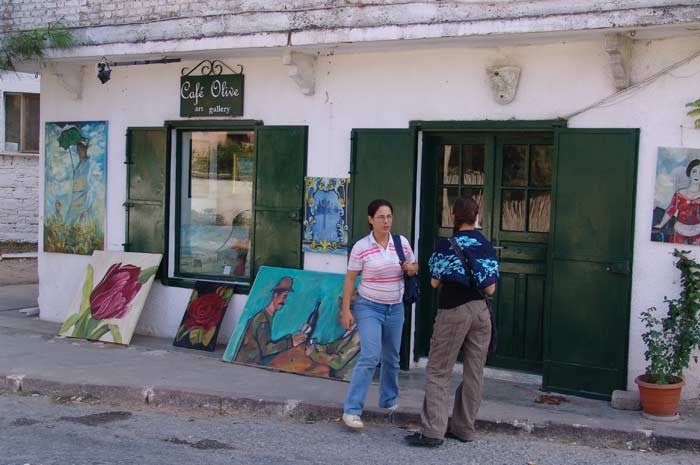 because next to the building we found numerous pictures of local artists fixed at the wall or just leaning at it who extended the cafe to an "Art Gallery". 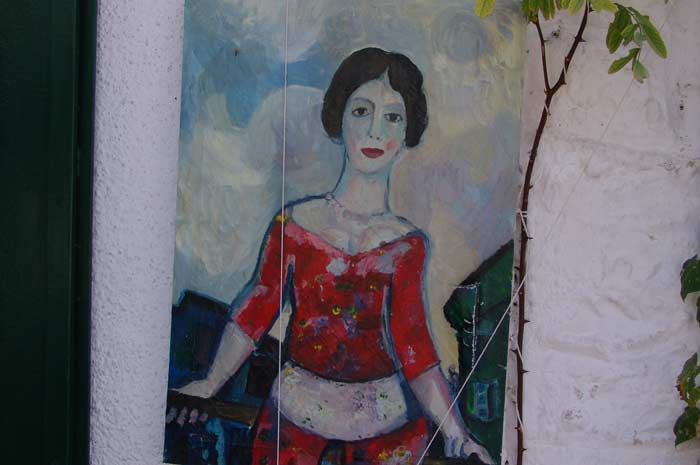 Quickly we were talking to the owner and so learned more details about the motivation to open the cafe, learned about the images and the respective associated painters and the idea for this small gallery. 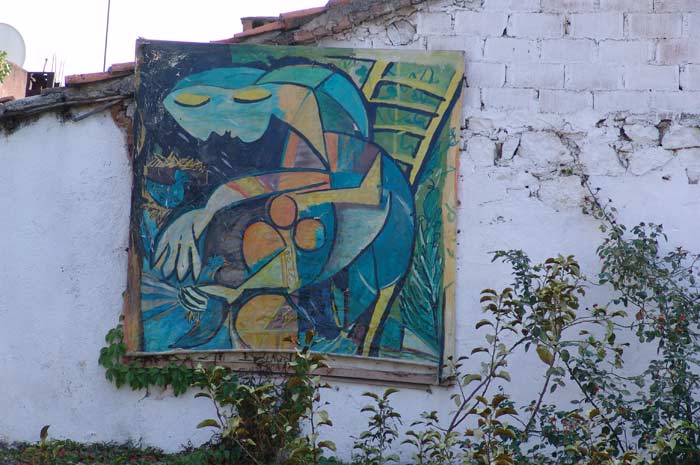 Of course, tourists formed one aspect of the opening of the gallery as a buying group and guests of the cafe due to the construction of a large marina in Didim they hoped to attract many visitors. 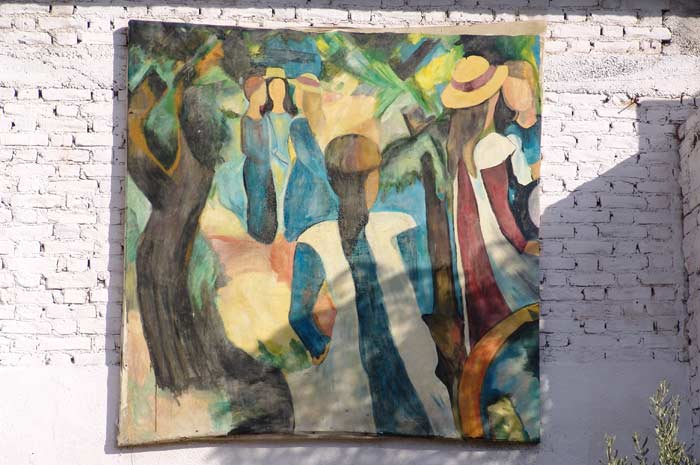 From Modernism to landscape paintings the gallery offered the full range of paintings, which were mostly created by local artists. 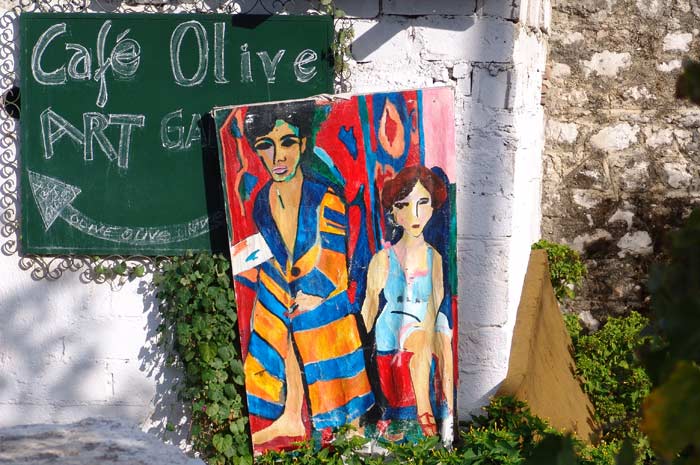 The village contributed its attractiveness thanks the cafe and gallery, because who suspected a picture gallery in the village of Akköy. We have also enjoyed pictures and a coffee before we then continued to Bafa Lake.

Apollon Temple of Didyma and Asylum