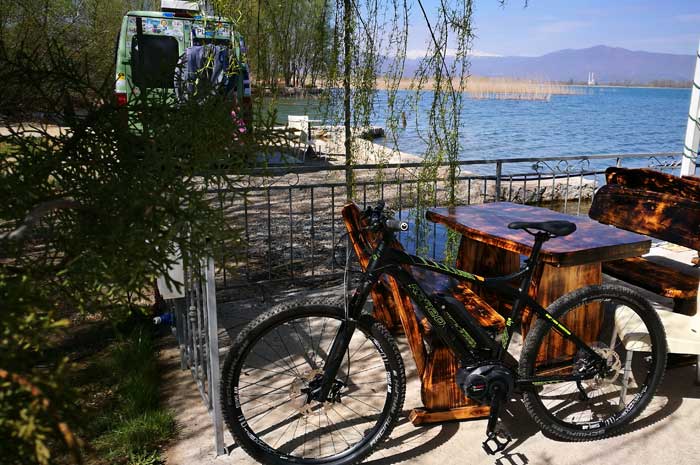 Fantastic spring weather lures to the outside, as well to us at the Ohrid Lake, where we are again for a stopover at Camping Rino. Little ago, severely shaken by storm and meter-high waves, the area looks again tidy and inviting too. 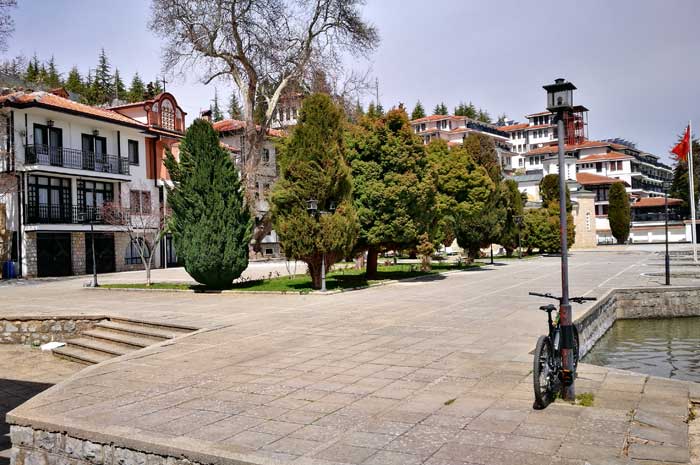 The first mountain biking expedition is about to pass through the hilltop into the small lakeside village of Radolišta, which lies near the state border with Albania on the eastern slope of the Jablanica Mountains on the Macedonian side of the ridge. 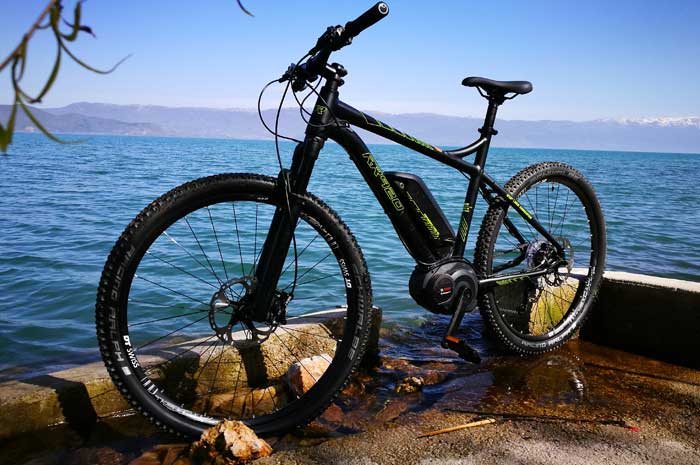 Throughout the tour, the view of the Galicica National Park with its still snowy Magaro summit is in view. The peninsula Lin, which is already in Albania, is looking as within reachable to us. 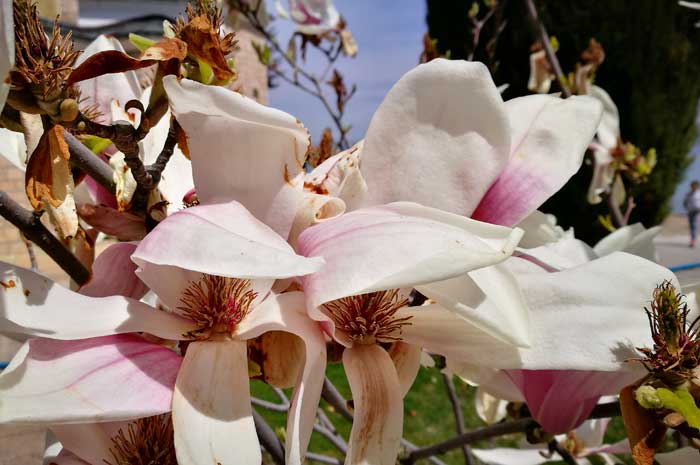 We come across an old campsite with countless ancient caravans, probably from the Yugoslav period, although probably to be operated again, but still quite off the track. 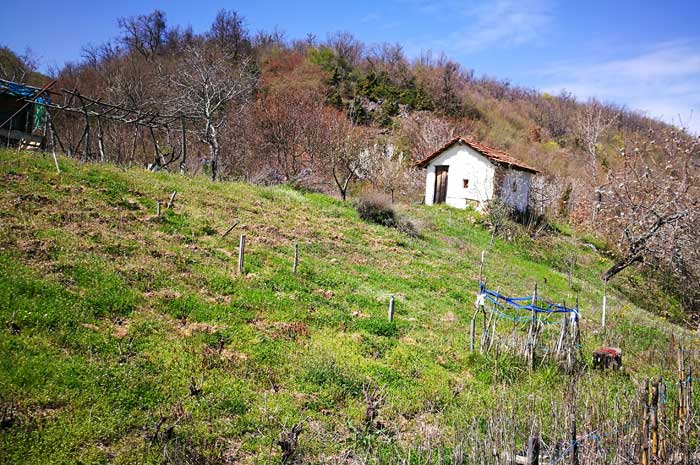 On the way we come across the small arable land of the inhabitants on the lake shore, which are already dug up or even planted. The population of the village today mainly deals with trade and commerce. 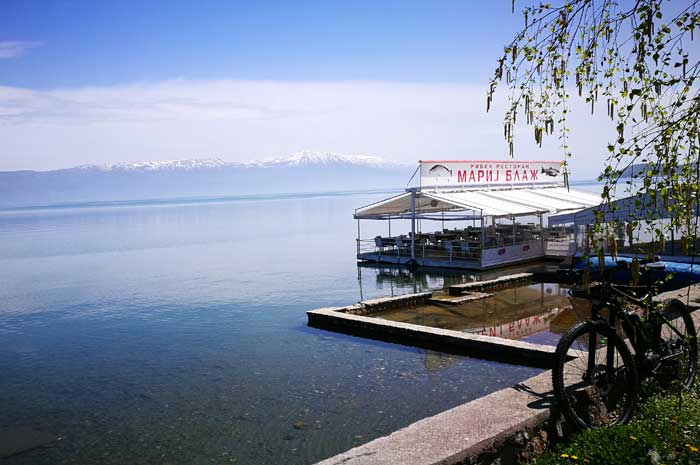 Agriculture used to be the main industry in the past. But since the fall of Yugoslavia, the fields and vineyards are mostly fallow. Only a few smaller farms plant wheat and corn. 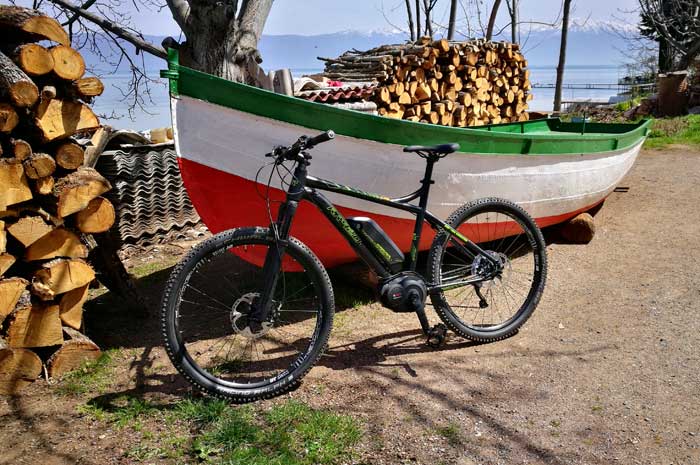 As in almost every village in the Struga Plain, above the village there are many old chestnut trees from the 19th and 20th centuries, which are still not dried up today. Also, some grapevines are managed by mostly elderly people. 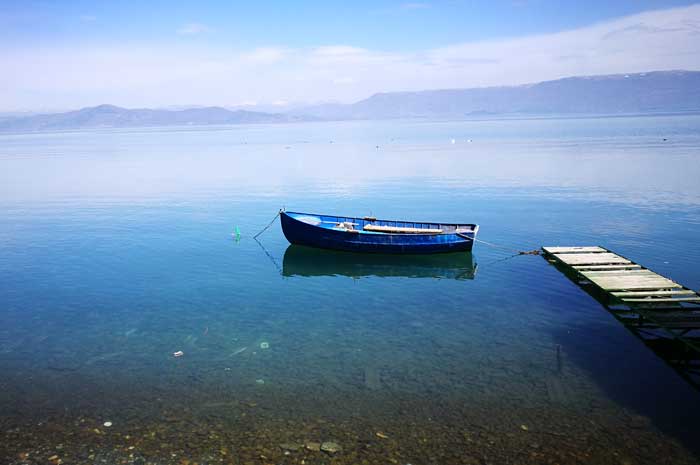 Through the village Radolišta flows a small stream, which after 2.5 kilometers flows into the Ohrid lake. Radolišta is 5 kilometers away from Struga and 9 kilometers from the Qafë Thana border crossing with Albania. In fine weather, as today, you have a magnificent view of Ohrid, Struga and of course the lake in the upper village. 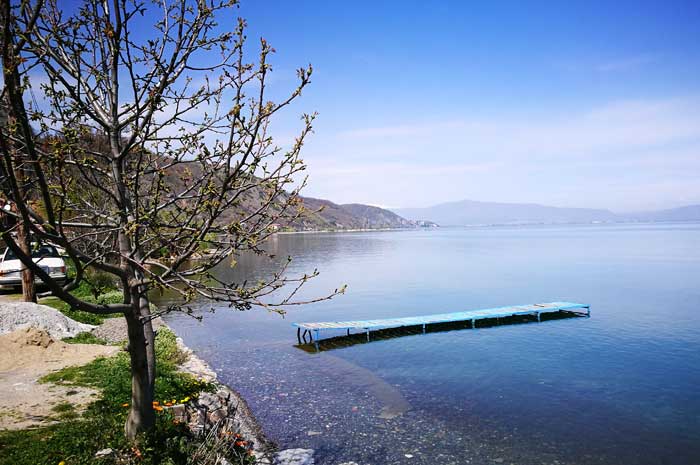 East of the village, in the direction of the main road, there are ancient Illyrian royal tombs from the 8th - 4th century BC. In the tombs are imported luxury goods such as precious metal vessels and ceramics. These princes' tombs were built by two royal dynasties. 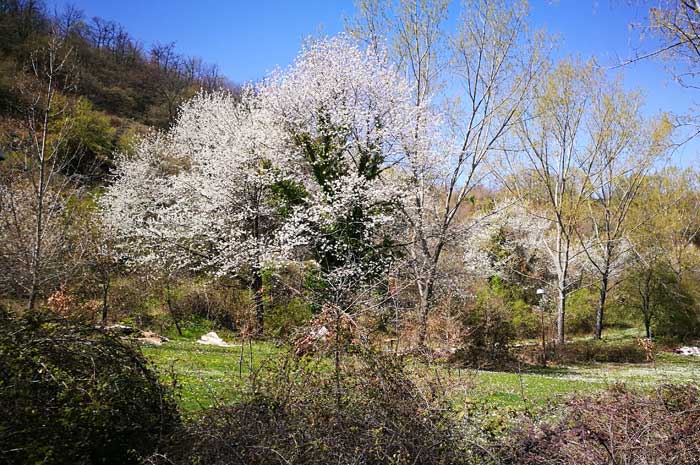 Above the village stands a very old church (affectionately known by the inhabitants as Kisha ilire, "Illyrian Church"). It probably comes from the pre-Slavic era and thus from the Byzantine period, as well as the small monastery in the rock near the campsite. 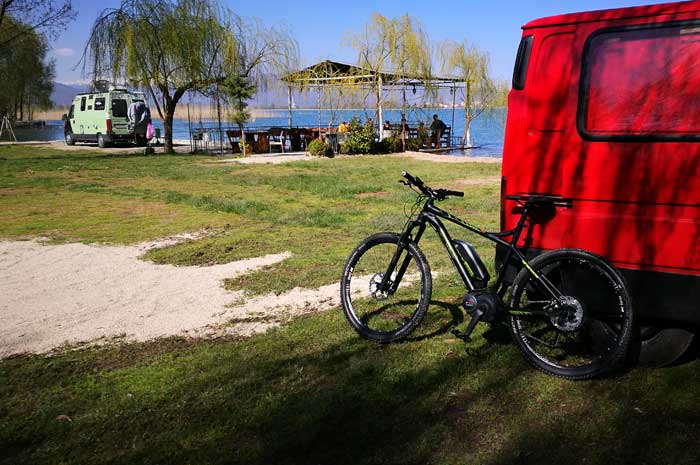