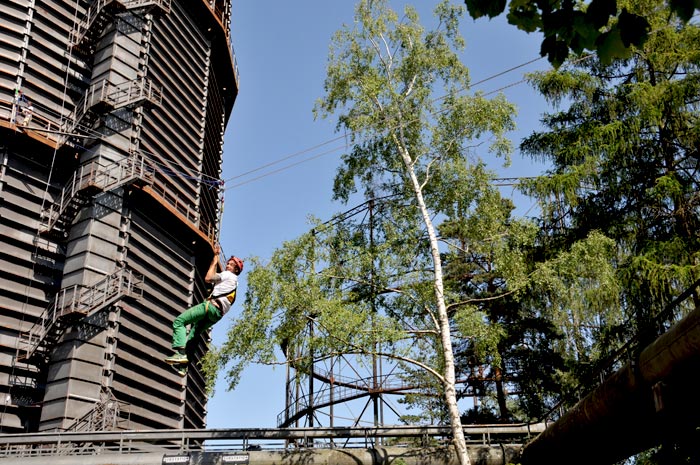 Grenzenlos Festival is organized in an old gas factory. The gas tank, which is about 84 meters height, does not only present a visual quality, conversely, it is used for the music and outdoor activities. The company of “Chameleon-Adventures” provides adventure enthusiast visitors of the festival the opportunity of climbing the gas tank and landing with the rope. 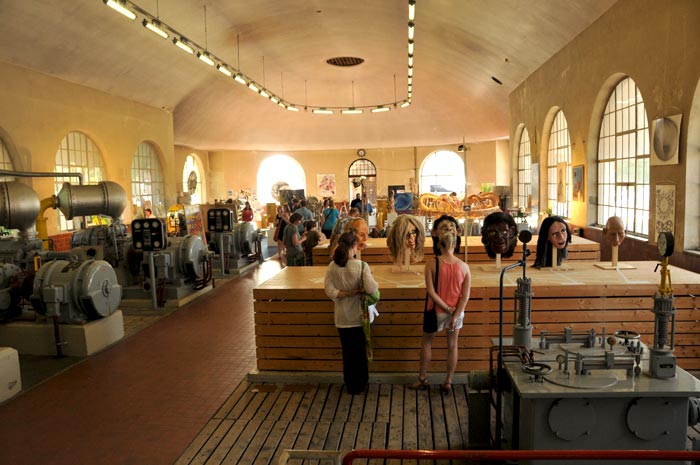 In the hall of the gas factory where the machines stand, the selected works of artists Christian Menkel, Andreas Franz and Alexander Wohlrab from Ausburg are exhibited. Not only the photograph exhibition, but also timber sculpture, plastic works and painting exhibitions are worth to see. 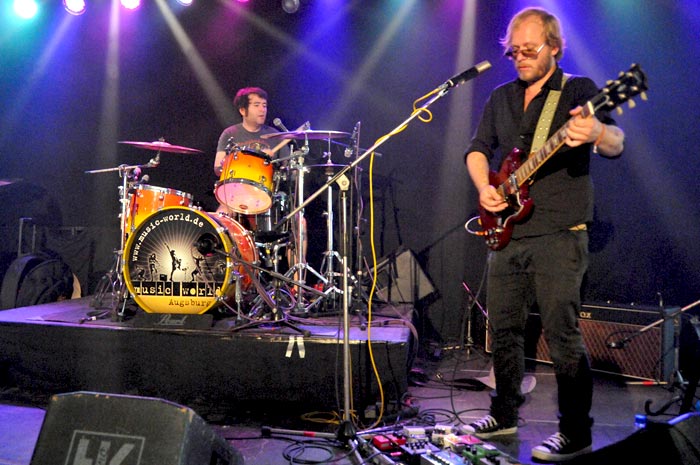 We continued to tour around the festival area and stopped by Musik Wekstatt (Music Workshop) stage. Formed in 2013, in Munich, the band “RollerCoStars” consists of two passionate musicians and lyricists and they played music that swept off the audience’s feet on the stage. Irish vocalist/drummer Ollie Purcell and German vocalist/guitarist Domi Schauer put signature to the songs that do not include “if” and “but”. 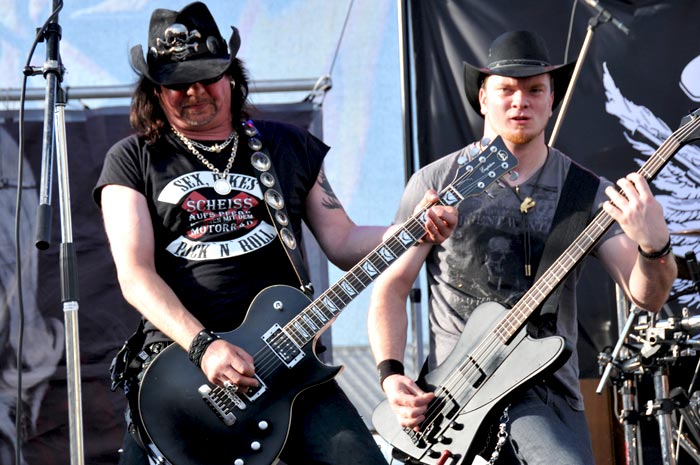 In the Arena Open-Air stage, where the heart of the festival beats, Skip Rock was shaking the ground. The band was formed in 2009 by the guitarist, vocalist and songwriter Marc Terry. Besides touring with the original members of Kiss or AC/DC and mega stars like Alice Cooper, Skip Rock played at huge festivals with U.D.O., Primal Fear, Sabaton, Stefan Weidner and a great number of famous bands. In reference to their stage performances, Marc Terry remarks that they do not want to be like the bands that repeat the same shows for years and they perform on the stage always aiming to conquer the audience. 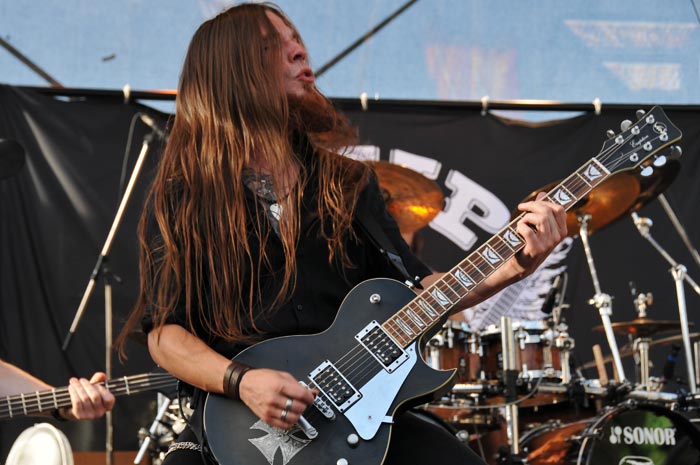 While he was playing guitar, Darius Dee on guitars and backing vocals, was feeling the music in all cells of his body. Skip Rock presented an actual musical feast that consists of rock'n'roll and derivatives. 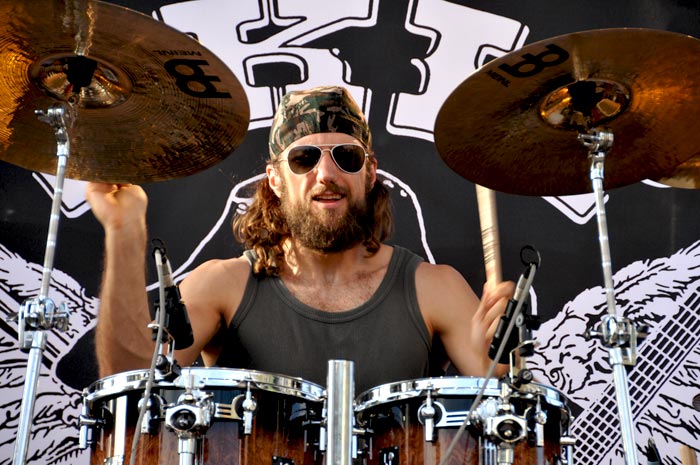 Jan Skirde means drummer in Skid Rock. The band is completed by bassist Partick Paul. From my point of view, the star of the band, who made an ideal opening to the night on the stage of Arena Open-Air, was the drummer Jan Skirde. 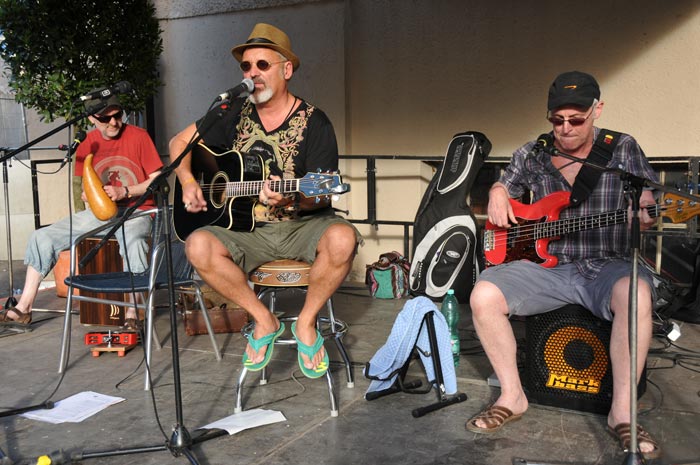 By the way, the Acoustic Stage aroused interest of the audiences that were not attracted to much noise. It was visited frequently with regard to variety and versatility. When hard rock broke every bone in our bodies in the Arena, the musicians on the Acoustic Stage with their specific repertoire, presented a relaxing performance. 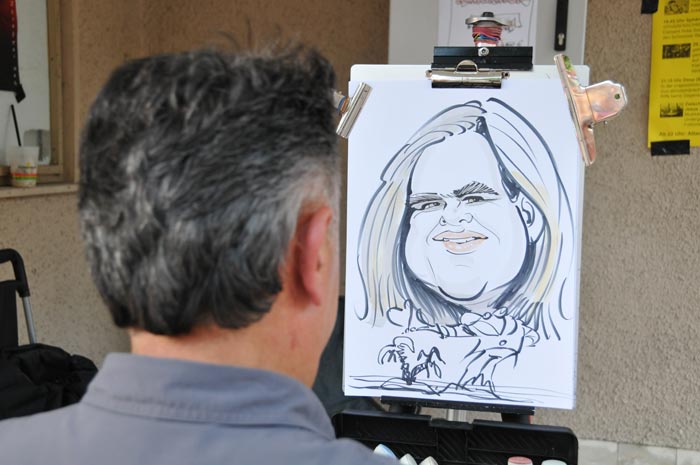 As time passed by, while waiting for the main concert of the night in the Arena Open-Air stage, we looked through the around again. In this entertaining corner, we encountered an example, which proves that the festival includes various branches of art. Here is one of the irreplaceable forms of street art; Caricature! 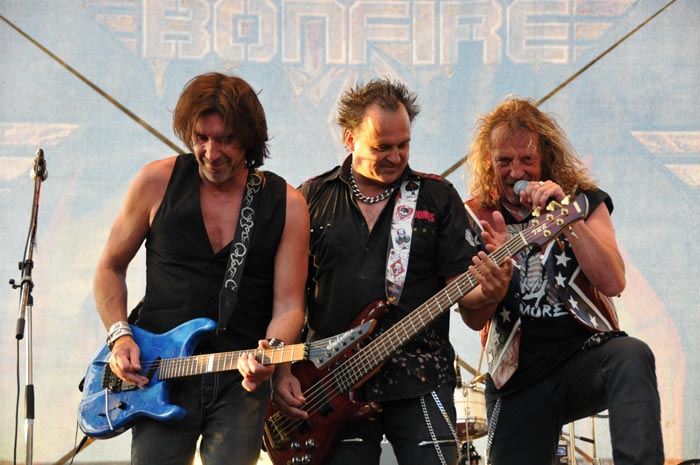 I guess, the band members, who think that without the awaited star of the night and rock music giant Bonfire, the most important part of the international rock history will be unwritten, are right. Formed in 1986, in Bavaria’s town of Ingolstad, the hard rock band Bonfire succeeded in putting some of the albums on the Ingolstadt-based music charts. 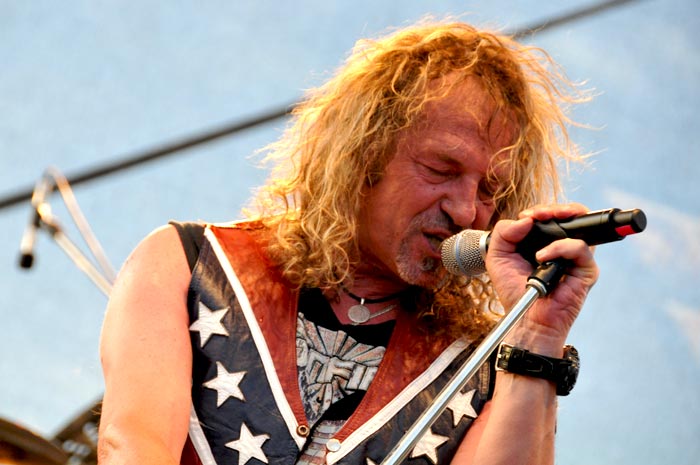 Under the leadership of vocalist Claus Lessmann, Bonfire proceeds on its way by showing quality and maturity since 1986, when the album titled “Don’t Touch the Light” was released. Lessmann, who has been performing on the stages for 28 years, conveys his stage experience to the band members as a vocalist and impresses the audiences that watch him. 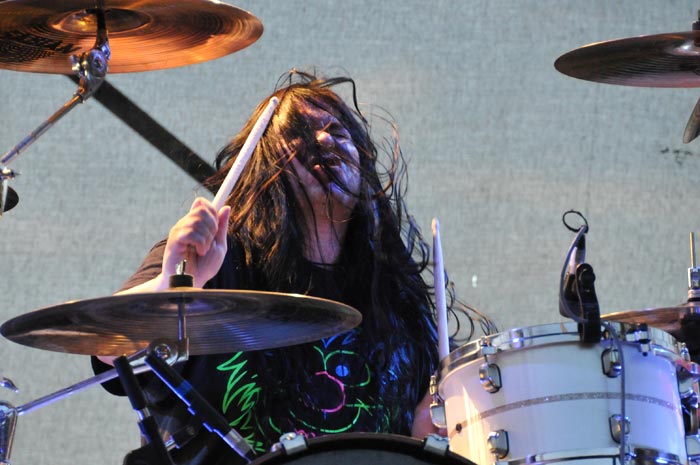 The star that is seen behind the drums is undoubtedly the drummer of the band, Harry! With such artistic motions, such good drums are played. You have to watch the stage show of Harry. 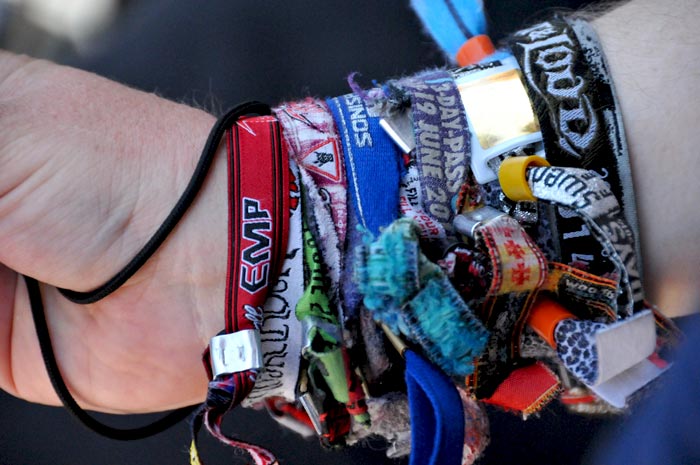 A happy Bonfire fan with the bracelets that he carries on his wrist proudly. 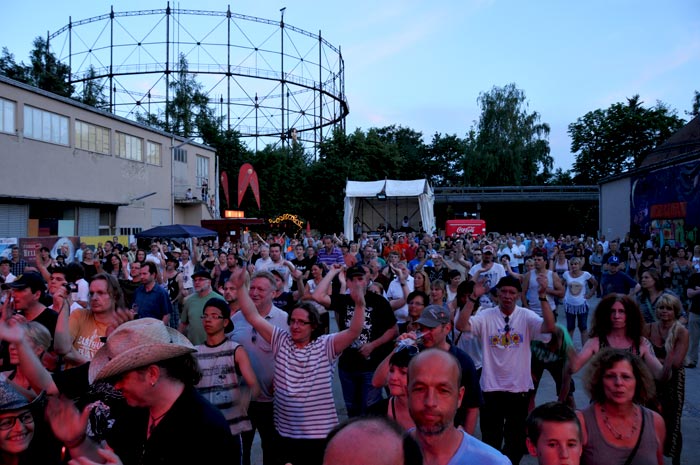 Consistent, assertive and from time to time political lyrics combined with coherent hard rock music and supported with the stage shows. Thereby, thousands of rock music and Bonfire fans that filled the Arena, spent the night enthusiastically. 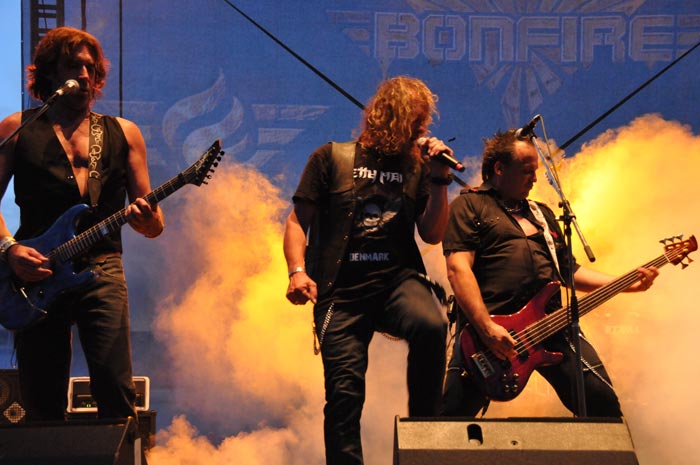 All of the instruments were played in harmony and guitars of Bonfire almost burnt the stage ravishingly. The concert is worth to watch! 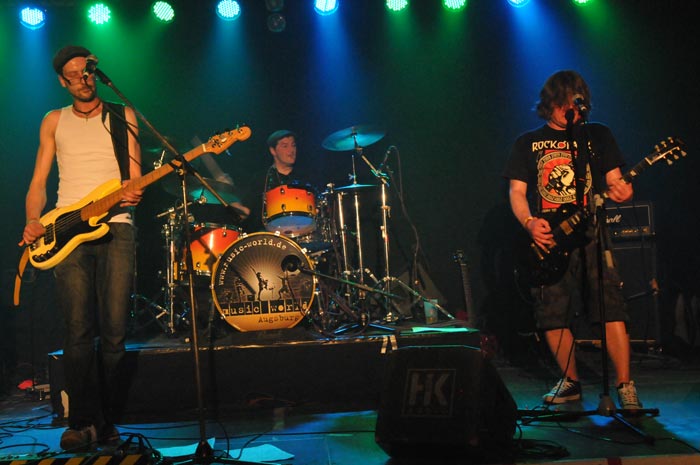 The band “Tillmann”, who performed the closure concert of the Music Workshop stage, creates music that entertaining, dancing and swinging.