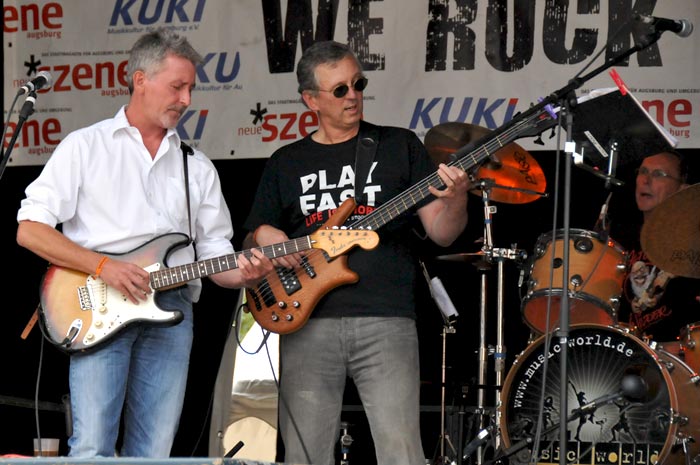 On the Kuki New-Stage, the last day of the festival began with the performance of the band MBN from Regensburg. The band, who has a colorful blend of rock and blues songs, presented a marvelous music performance, including the songs of Clapton, Steve Ray Vaughan and Rio Reiser. 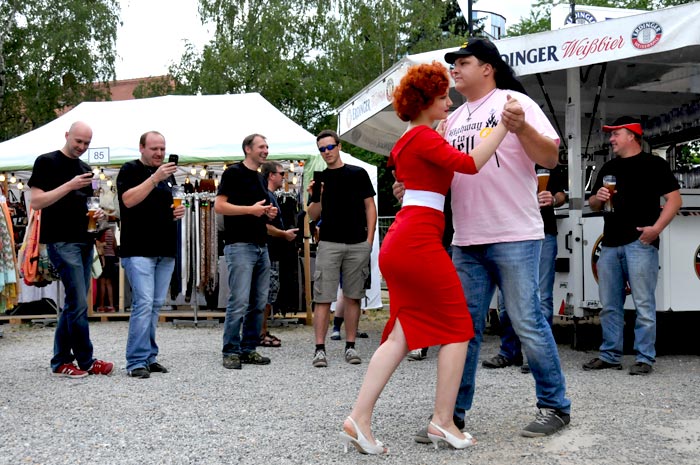 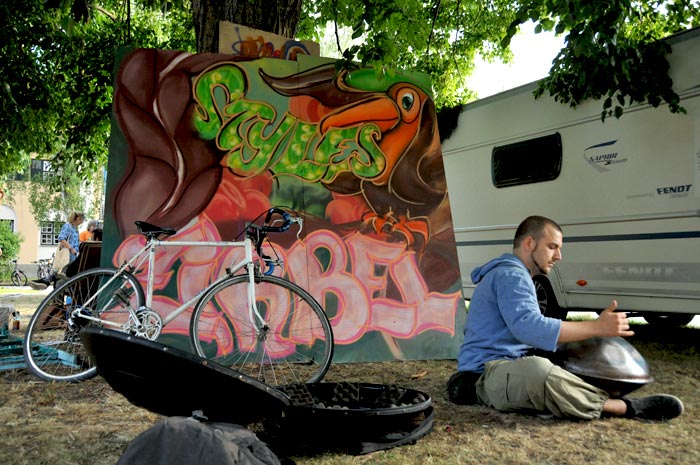 Playing the instrument of the Hang, Andreas Koller is a street performer. In our previous posts, we have mentioned him. Andreas, who says that his life changed thanks to Hang, looks at the life with his smiling face. At the grass area near our caravan, Andreas gave a small Hang concert for the guest artists from Regensburg and the visitors that heard the sound of his instrument gathered around us. 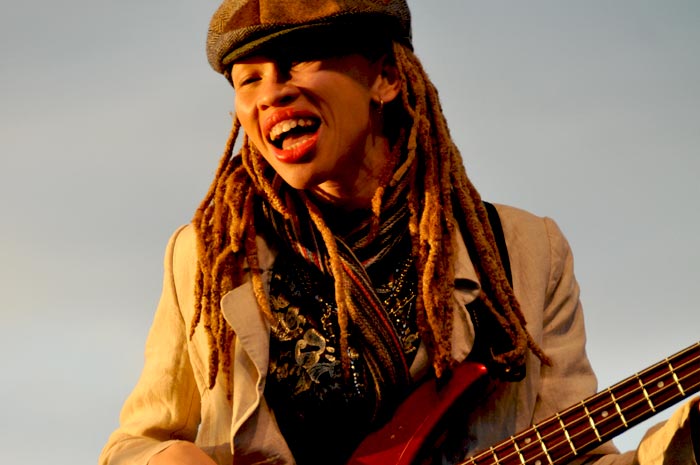 Today’s first guest on Arena Open-Air Stage was the band of “Takeifa” that consist of five African siblings. They make African pop music in four languages and besides of pop music, they show a tendency to different genres of rock, acoustic and samba funk. The name of the band stands for “The Keita Family” and five siblings aim to encourage especially African teenagers to have more confidence in themselves. 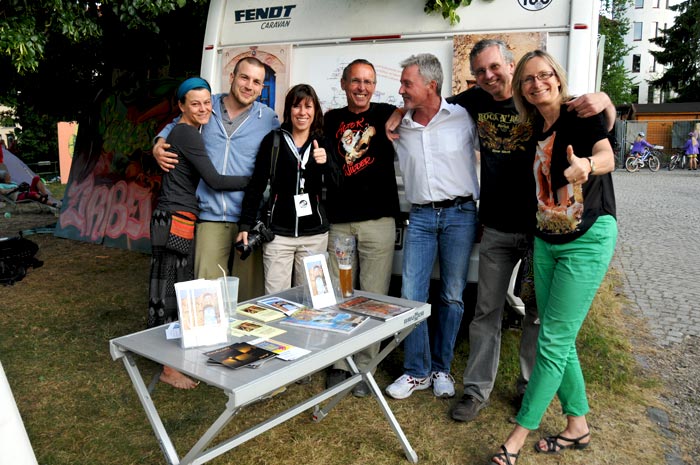 The caravan that was provided by our travel sponsor witnessed intimate scenes between our team of Alaturka.Info, Andreas Koller and our guest band M.B.N. from Regensburg. Music unites! 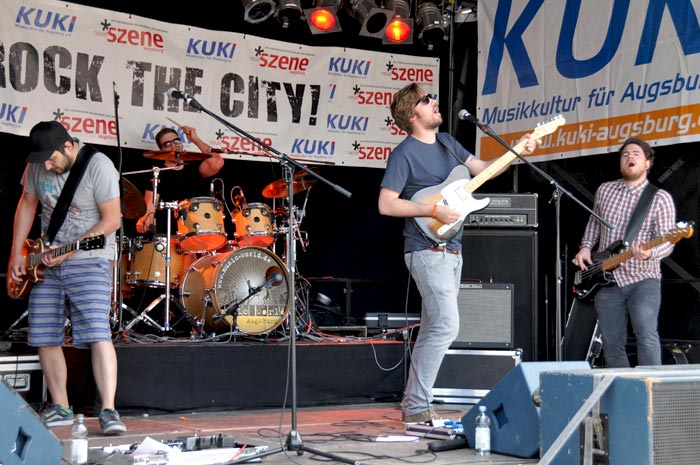 After seeing our guests off, we took a look at the Kuki stage. The Canvas Divine, who makes rock, pop, folk and blues from 70s, was entertaining the audience with various music. 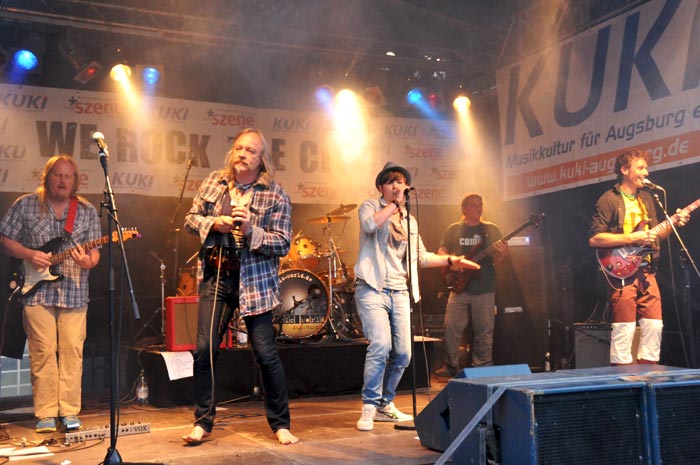 Following The Canvas Divine, Kuki stage hosted for the band “Catfish” that has six rock’n’roll enthusiasts. The band, who makes blues and rock’n’roll, gave the closing concert of the night with a specific performance. 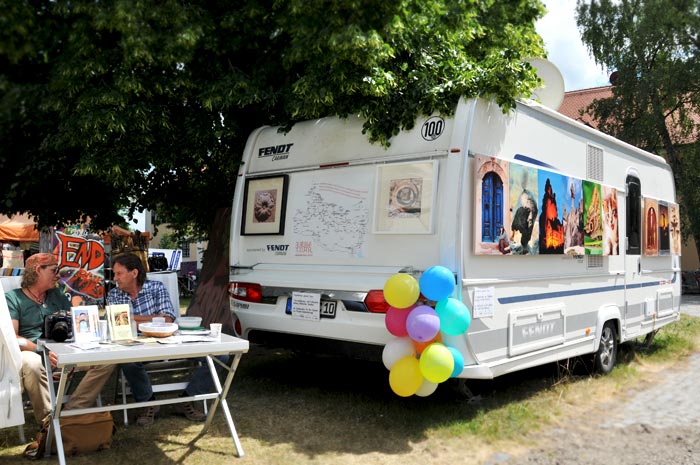 Today was the last day of the Grenzenlos Festival in Augsburg, Germany. Even the last day, beautiful and sunny air welcomed us. Since it was the weekend, people start to come to the festival area in the early hours of the day. Besides, the visit of the photographer Christian Menken from Augsburg colored our day. 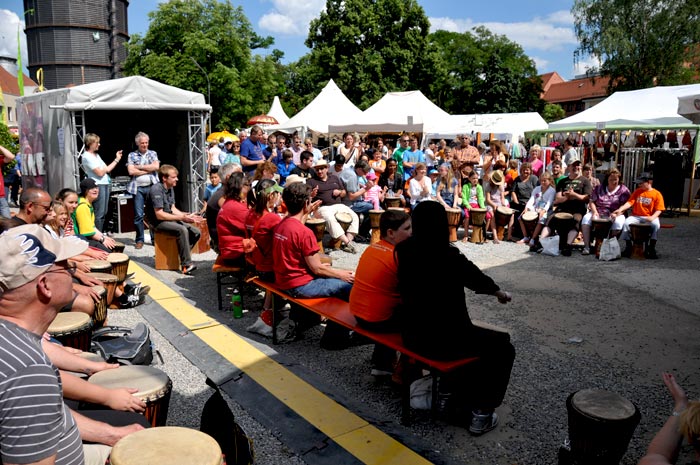 In front of the Kuki stage, the drums started to beat. Almost in a workshop atmosphere, the staff of Let’s Jam performed the shows in which festival visitors also involved. Whether you have been playing drums for years, or it is your first attempt to play, it is not important. Here, everybody had a chance to attend the show of Let’s Jam staff and enjoy playing the drums. 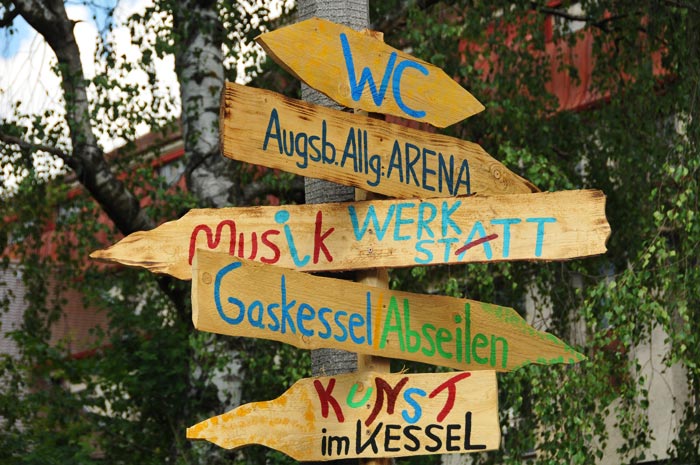 We already told how the festival was colorful and vivacious. I guess, these signboards are the evidence of our expressions. 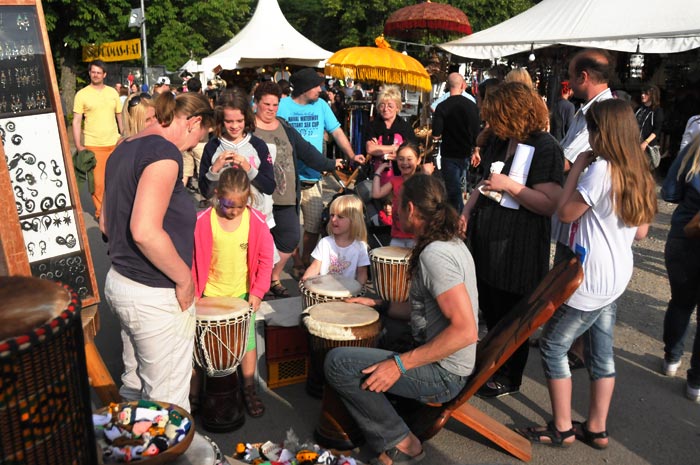 Today in the festival area, different entertainment and workshop works were presented to the children. Everybody had a great time in this workshop work that was prepared by Marko, who participated festival from Germany’s town of Wassertrüdingen. 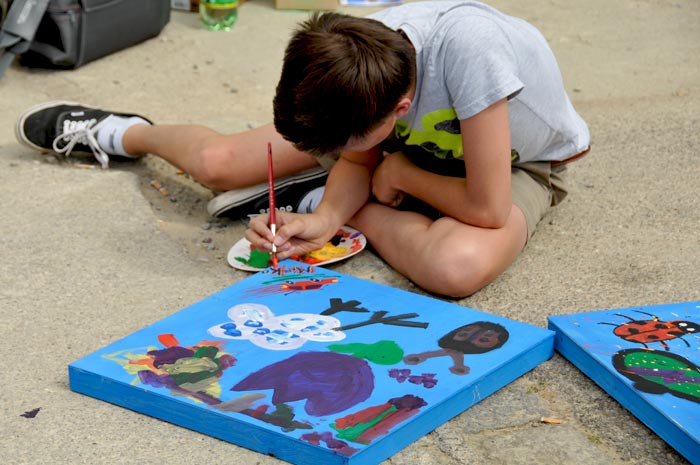 The audience area of the Arena stage invited the children and families today. The area was filled with kids through the activities of painting, trunk climbing, tree climbing, walking on the rope and sumo wrestling. 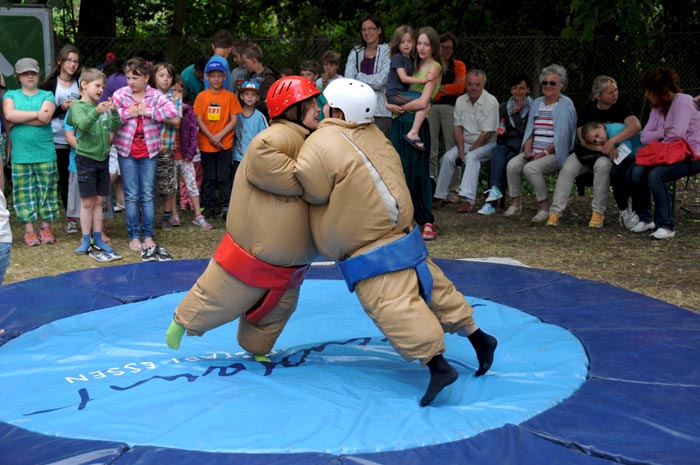 Watching children who are having great fun while Sumo wrestling also makes those who are watching them to have great fun. We wish that the festival allowing parents and children spend time together will continue in following years. 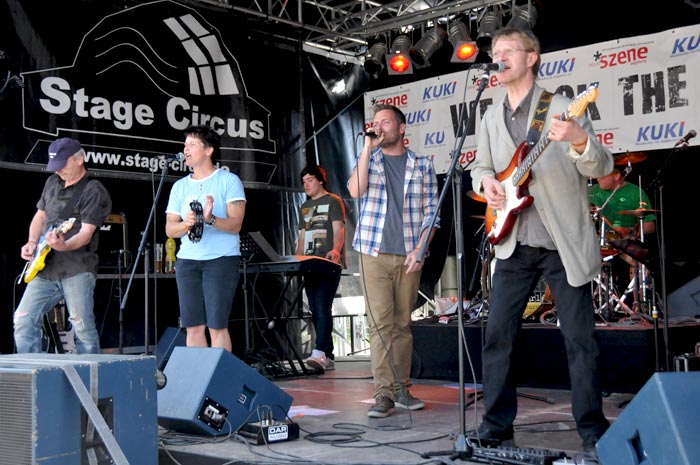 After spending a couple of amusing hours, we wanted to listen to music and went to watch the band of “Poolpaddlers”. While presenting the classic rock pearls of the last years, the cover rock band did not forget the jazz music lovers. 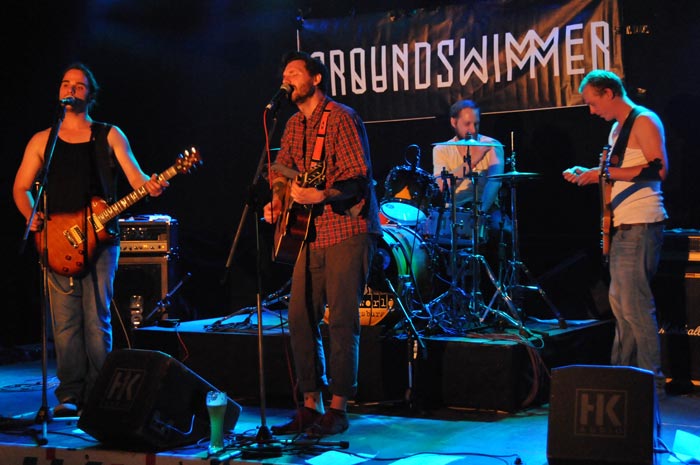 In the last day of the festival, in order to listen to more energetic music, we went to the Workshop stage. Just as what we wanted! With their all energies, members of the Groundswimmer were making alternative folk-rock music on the stage. The band, who gave more than 180 concerts in both the country and abroad, performed songs with all sincerity.