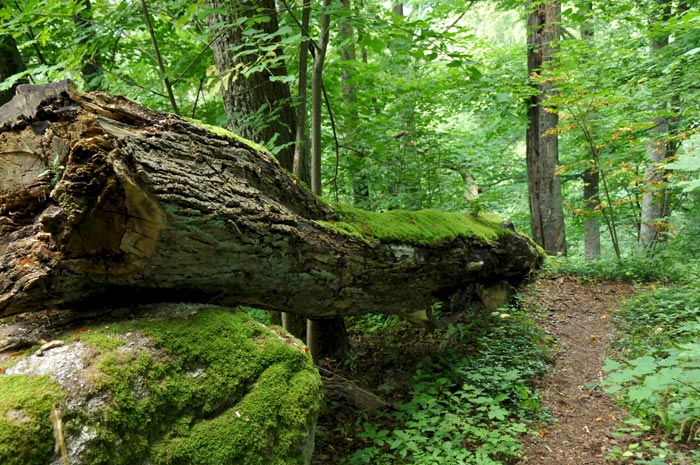 We were in the city for the preparations of the Regensburg Literature Festival. Preparation phases of festival give us a good chance to know the city well and to discover the surroundings. We took the roads with the couple of Hanna and Chris, and first of all we went to the Falkenstein Castle. Falkenstein is located at the 30 km east of Regensburg city. On the slopes of the hill, where Falkenstein Castle is located, there is a worth-seeing natural rock park that spread on a 12 hectare area. The walking-tracks are marked in the park. With regard to the protection of natural fauna and flora, the visitors should be attentive not to go out of the tracks. 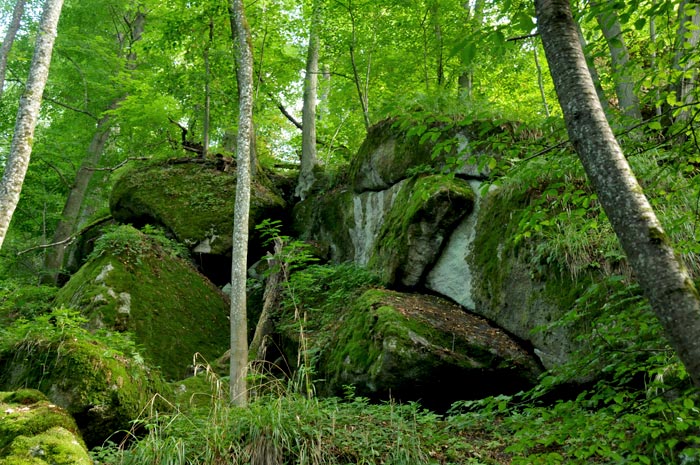 While passing through the rocks and narrow paths along the walking-track, you will see the massive granite formations that nature has been generated with water, ice, wind and chemical reactions throughout the centuries. 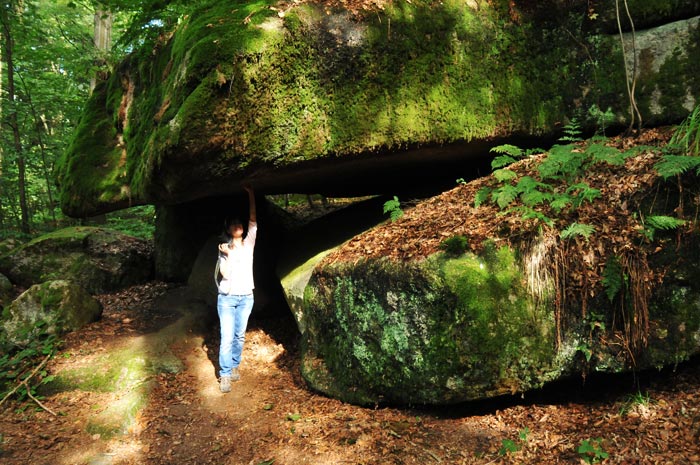 I want to draw the attention of families with children about the stairs that are named as Himmelssteig (sky climbing), Froschsteig (frog climbing), Schlosssteig (castle climbing) and Teufelssteg (devil climbing). It will be safer if you climb up the stairs in front of the children and descend behind them. 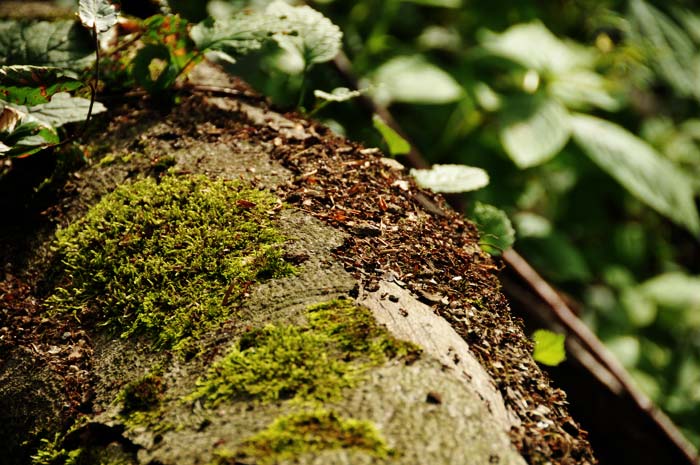 The abandoned trees that died because of natural reasons, provide a precious habitat for the other living creatures in the forest. Every path that we passed in the park, we encounter dead trees, mushrooms that grow over the dead trees and around, moss and various plant species. The mosses that we saw in the park were reflecting the light of the sun in the bright of emerald green. 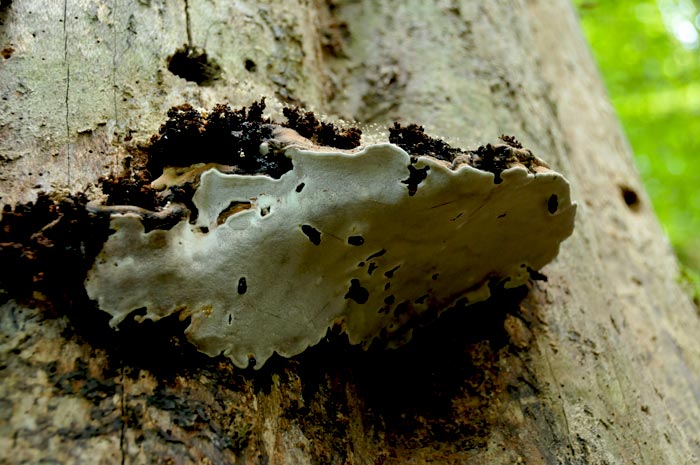 We continued to walk by listening to the wood notes. The mushrooms on the still standing, but dead trees present a view that resembles stairs and they look like they were positioned purposely to climb the tree. 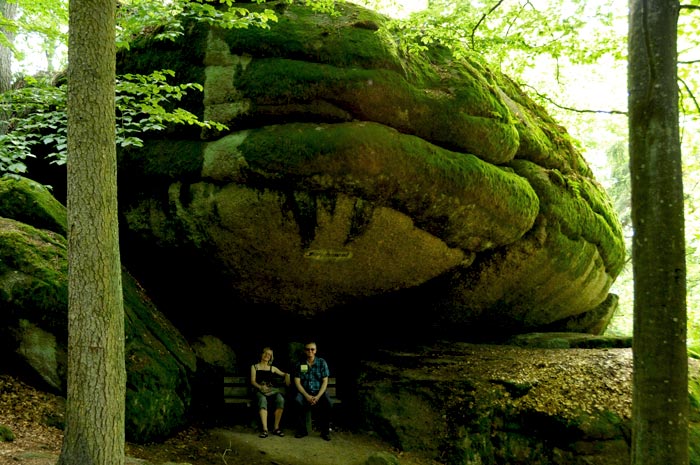 The bank under this rock, which is called Froschmaul (frog mouth), invites us to have a rest. Hanna and Chris have already accepted this invitation and while resting they started to fill their lungs with fresh forest air. 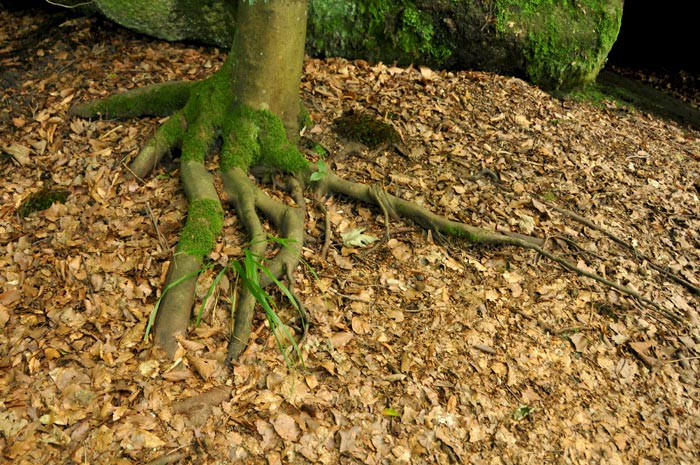 Along the walking-track we constantly witnessed astonishing views. The roots on the outside of the trees present a worth-seeing visual to us. We thought of how the trees find a place for their roots among all these hard and big granite stones and continue to live. 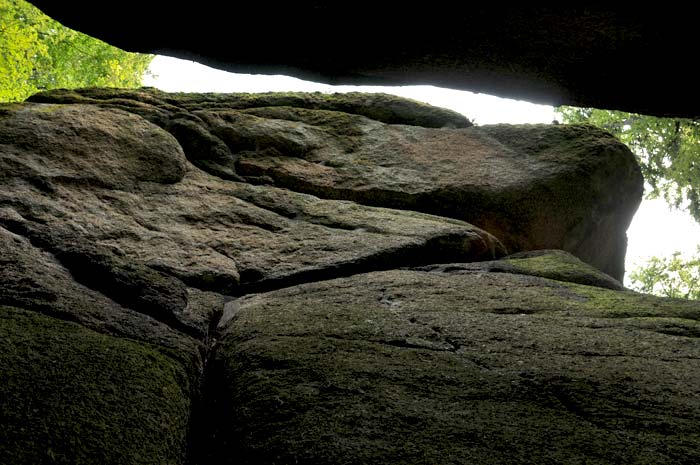 In Bavaria State’s second biggest rock park, we were moving forward with difficulty among the granite rocks that do not receive daylight. It is not surprising that this much mosses grow in this environment. Once in a week between July and September, the guided walking tours are organized in Falkenstein Rock Park. The guided tours will be a good opportunity to have more knowledge about the fauna and flora of this place. 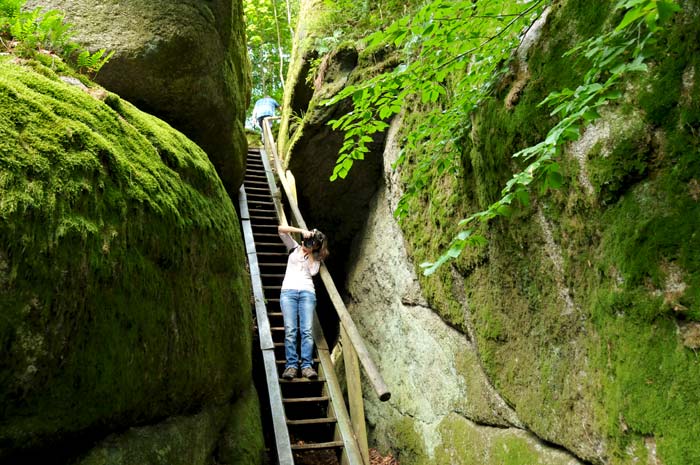 We climbed up to the sky with the help of wooden stairs among the massive granite rocks. These stairs are called as Himmelsleiter, in other words “Sky Stair”. Once more before reaching out the sky! 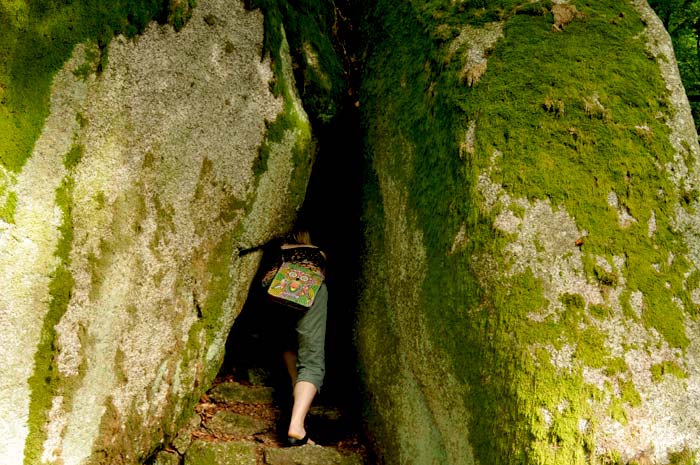 Progressively narrowing passages caused excitement in our walk. The outdoor sports strengthen abilities such as durability, survive the hardship, decision making and practicing in human development. Those who carry on the nature walk as a lifestyle, not only strengthen their muscles, but also reduce the stress in their bodies. In short, nature walks enable to know the environment and make a contribution to both our health and personal growth. 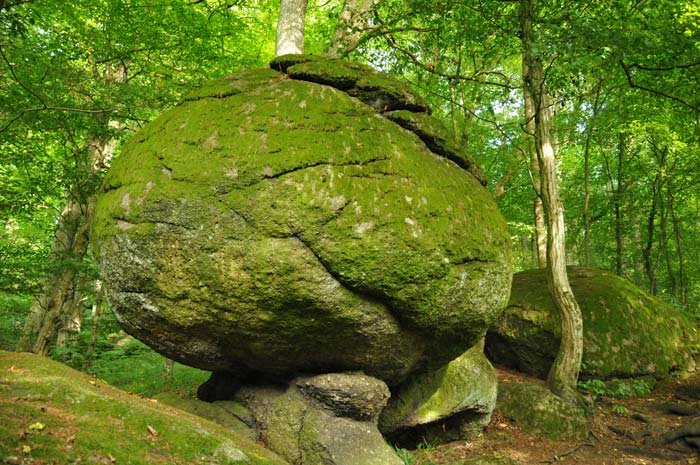 After climbing up the sky, we noticed that the giant passed before us, left his toy :). We understand how wonderful the nature is from the shapes of these massive granite rocks. 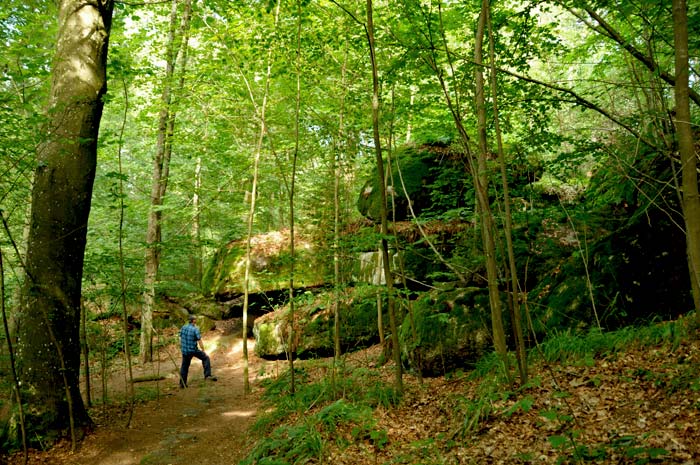 We have not only witnessed the marvelous cycle of nature, but also realize how powerful it is. The Rock Park on the slopes of Falkenstein Castle, which is located in the Oberpfalz region of Bavaria State in Germany, presents splendid walking-tracks that visitors can observe the death and renewal process in nature. Using this opportunity falls to the visitors.