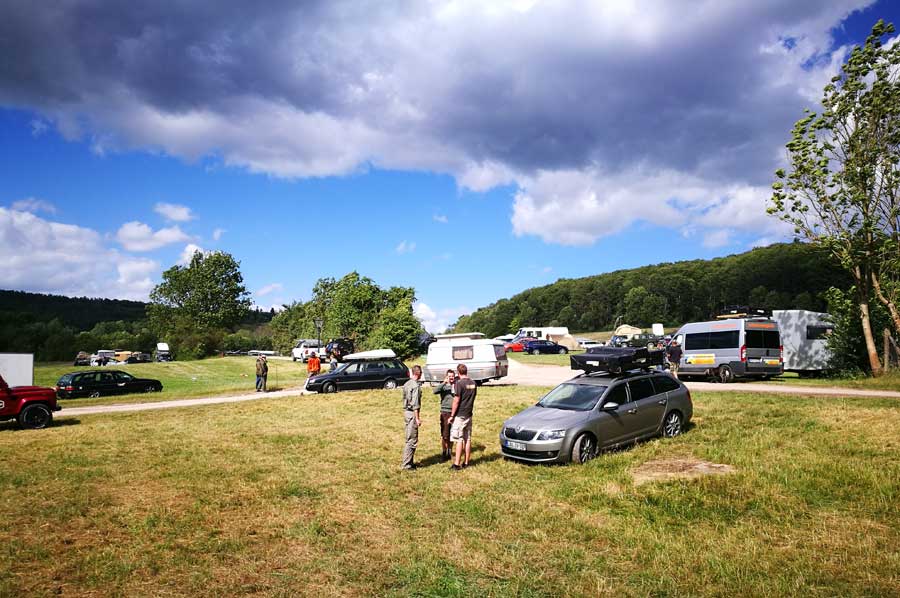 Starting off from the outdoor trade fair in Friedrichshafen we directly drove to the meeting of the roof tent nomads in Stadtoldendorf next to Hanover, which met for the second time on a large area, formerly military training ground. 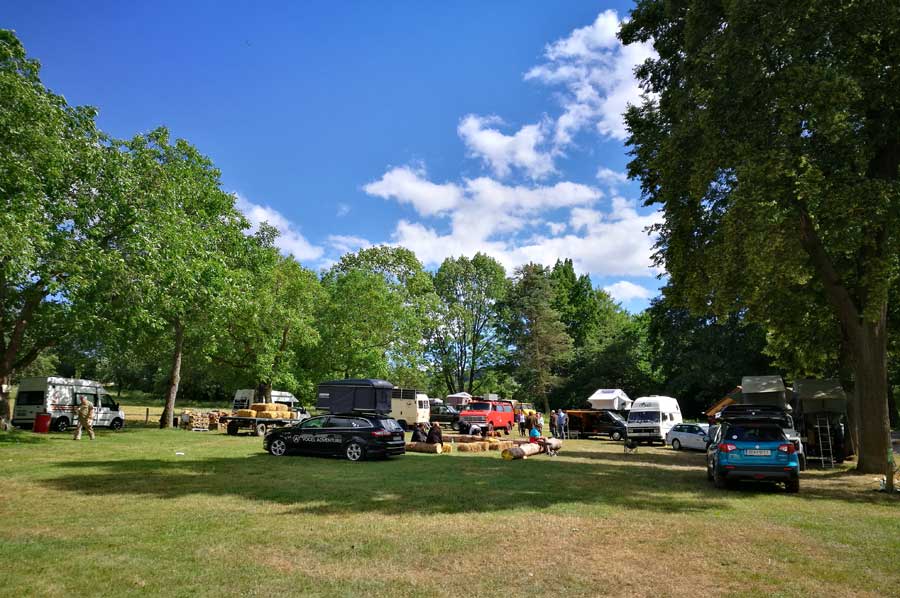 The journey was quite tedious due to the endlessly long truck queues on the highways, but ultimately the destination was reached in the late morning. 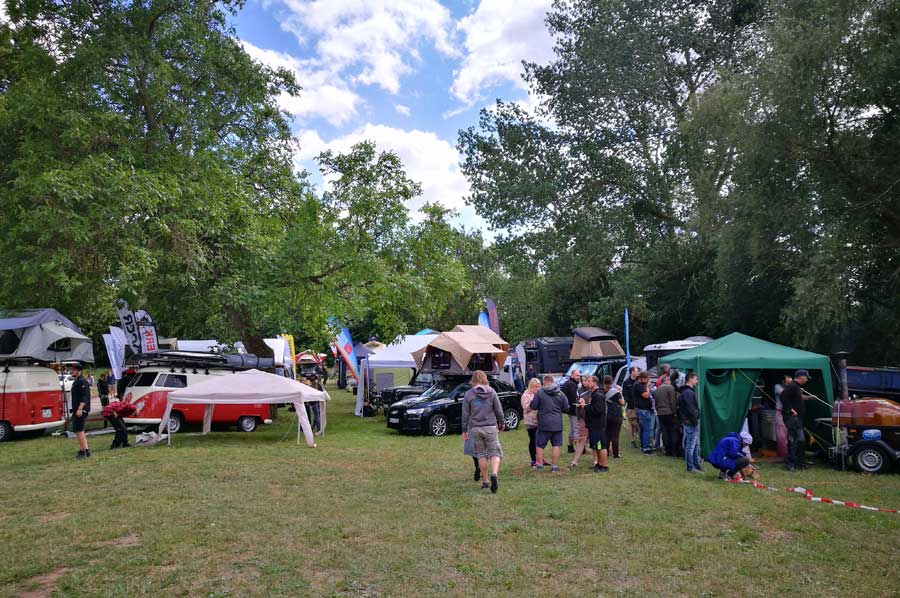 The area was occasionally populated by campers already who had found their places for the three-day spectacle with their predominantly off-road vehicles. 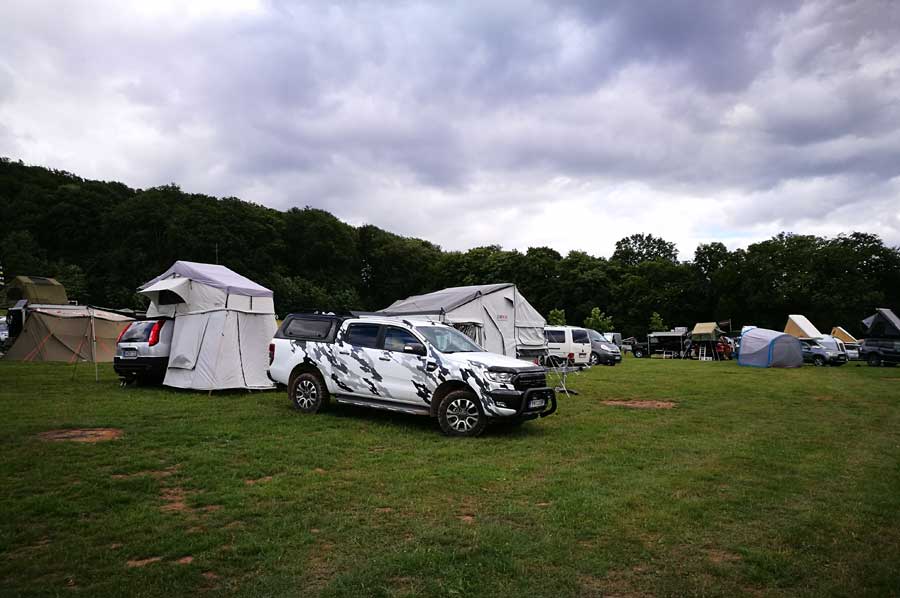 The main day of arrival, so the organizer Thilo, however, is the Friday, where another 700 roof tent nomad vehicles who spend most of their free time with spending the night in roof tents, should arrive. 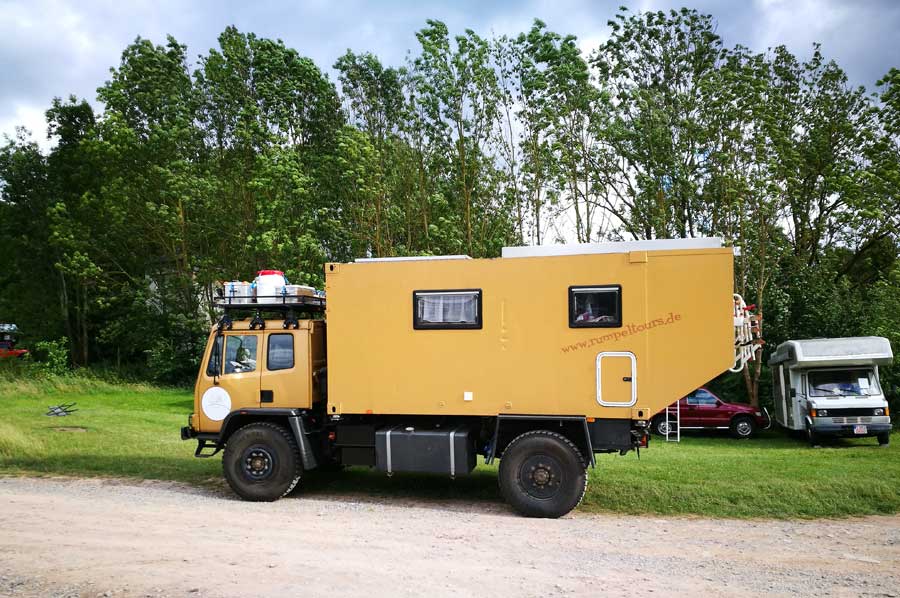 The trend in this area of leisure activity is not only special because of the predominantly used four-wheel drive cars or lorries, but also just because of the so different variants of roof tents on the market. 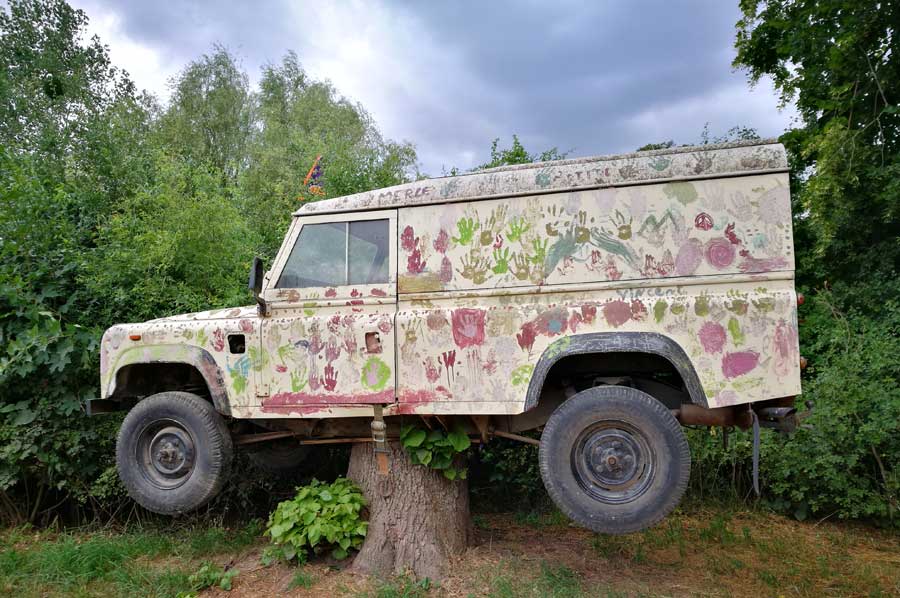 So you can still find the typical tent-like structure of a stable platform by erecting poles as well as hard shell structures, which stand up almost independently by the help of springs. 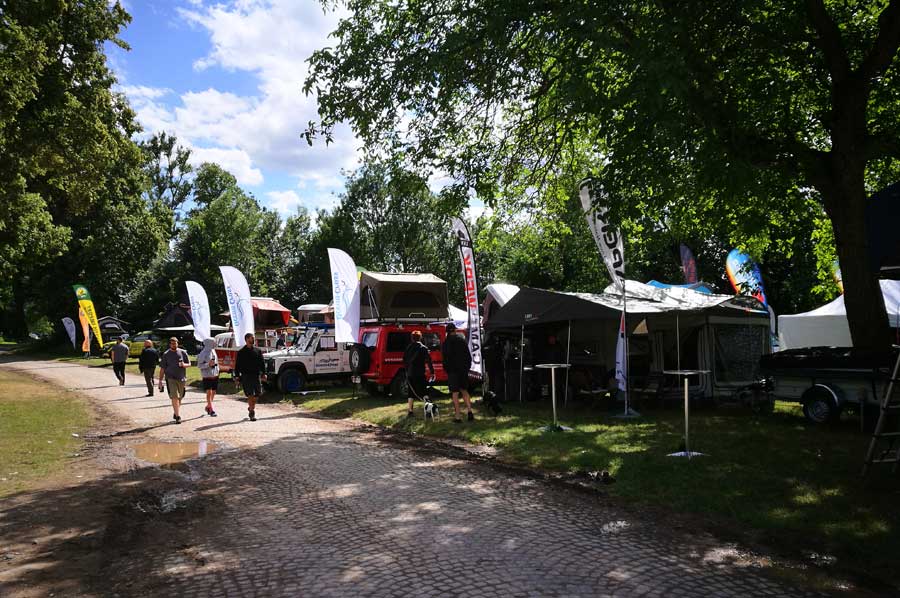 A dedicated zone for dealers and producers on the site shows the full range of products, so that even newcomers can get real guidance for their decision. 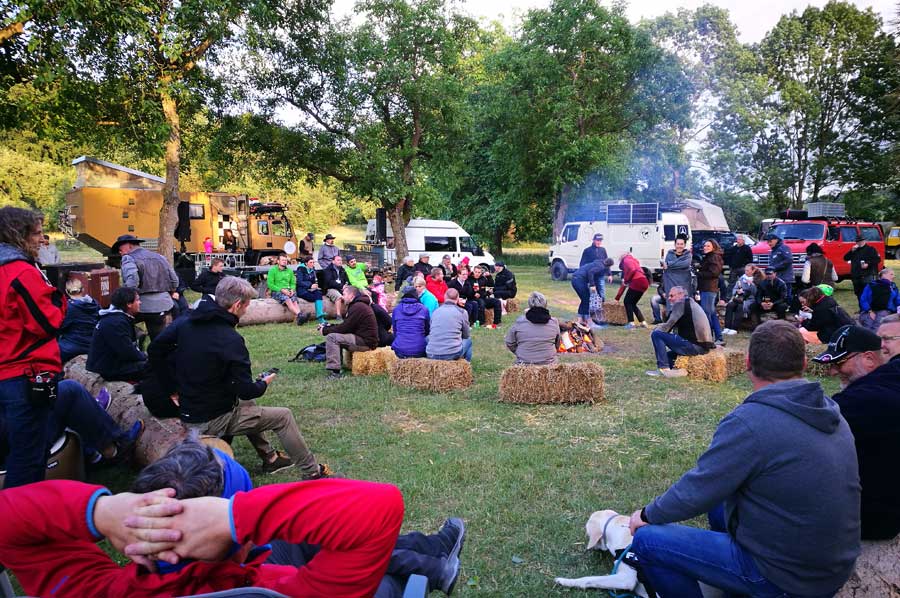 Unfortunately, the weather on the day of arrival was not predominantly lovely, so that couple of dealers had some problems in the erection of their products. Dark rain clouds with sometimes violent gusts of wind left some in doubt. 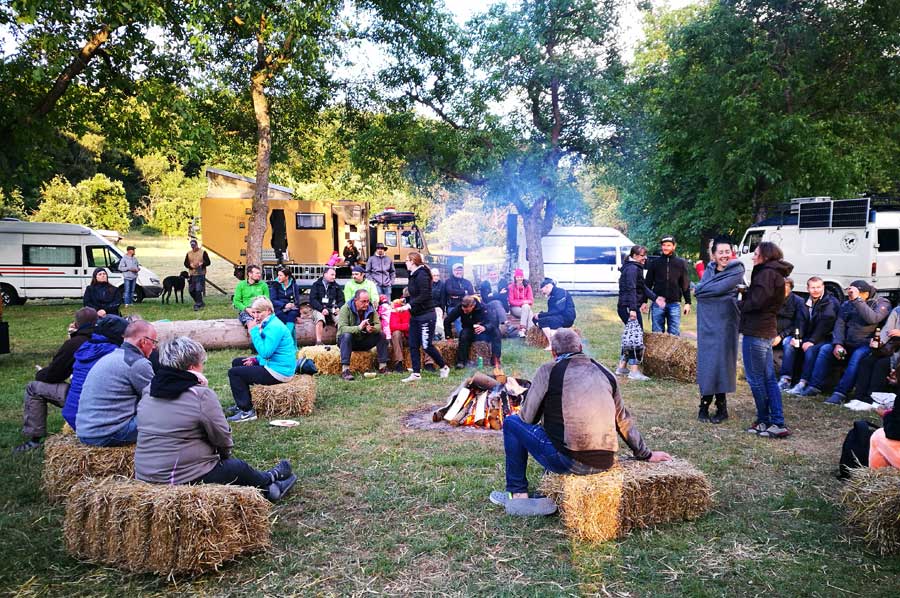 But a  real outdoor freak never is afraid of weather. Yes, some spoke of a coincidence yet the off-roaders should also come to their pleasure. 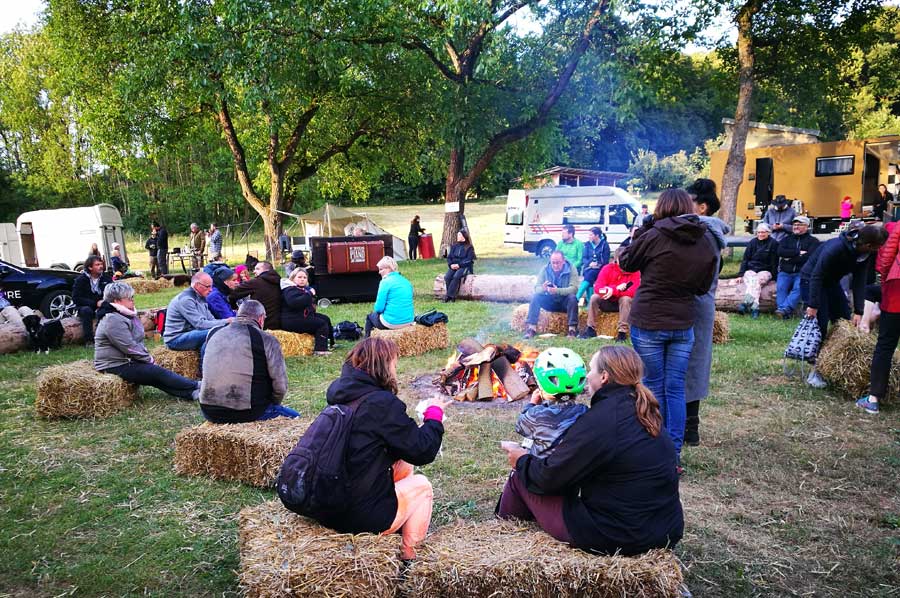 In the evening, campfire romance made for the right mood, a travel pianist contributed, despite interruption by further rain showers, much to the great atmosphere on the site. We will continue to report. 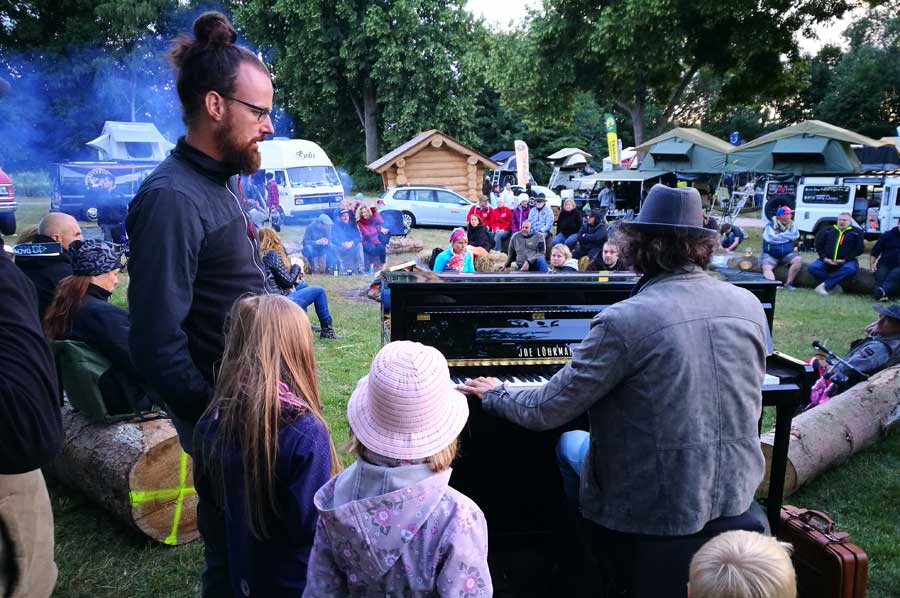