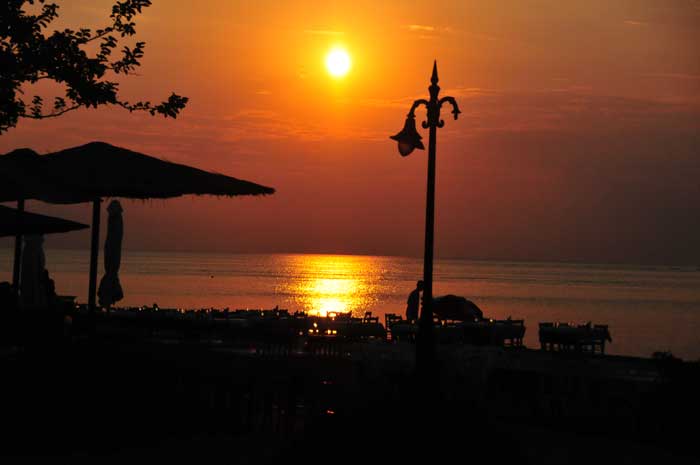 The view from the window shows once more gray, rainy sky in the west of Germany, no wonder, there is the desire for permanent sun and bathing beach again. 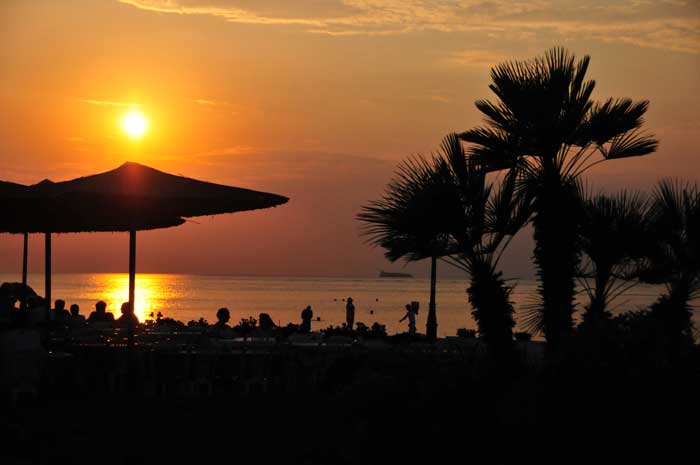 Memories are coming - how beautiful our arrival in Thessalonica had been every time after the caravan was parked at Zampetas camper stop and the late afternoon still lured us to the beach of Perea. 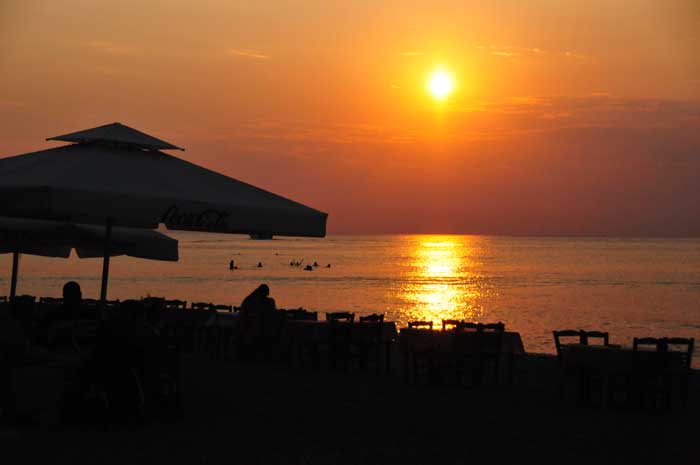 Then the bicycles were quickly ready and along the road we went to the beach promenade of Perea, the once heavily frequented tourist stronghold at the gates of Thessaloniki. 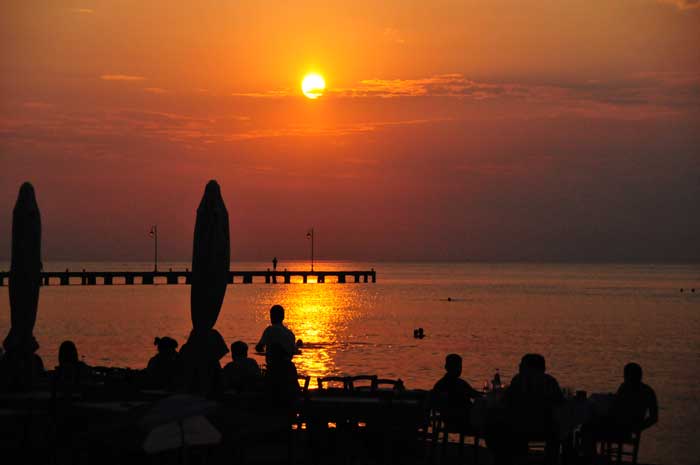 Numerous alternative destinations in Greece and Turkey, the conflicts in the Balkans and five-star all-inclusive travel business have led to the vacancy of many buildings in Perea, to which the economic crisis in the country has also contributed. 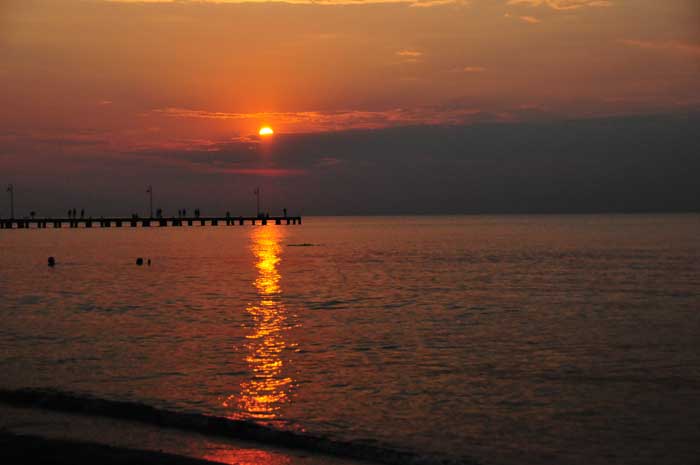 Just slowly tourist life returns, so many promenade restaurants are well attended at least in the main season and thus have a livelihood, which also ensures year-round opening times. 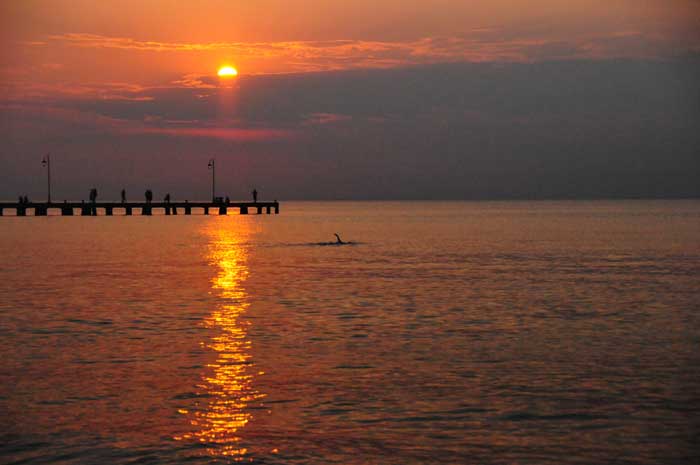 How nice if you find a place on the beach in one of these restaurants, sometimes even stretch your feet into the water and enjoy the beginning of dusk with delicious food. 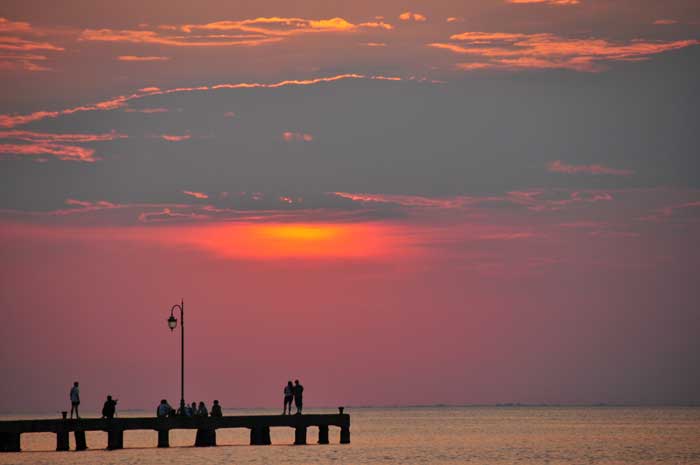 We had ordered a homemade moussaka, which is served in a clay pot in the selected restaurant, baked with lots of cheese, hmmmm - very delicious! Add some garlic bread and tzatziki. 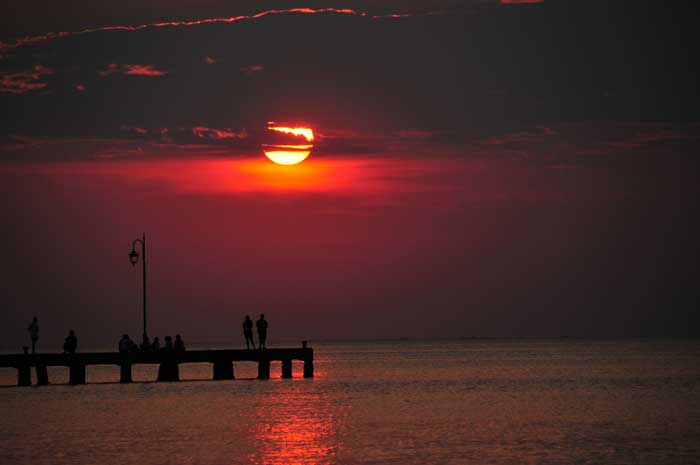 This day, moving of clouds already pointed to a beautiful sunset, as the pictures prove. 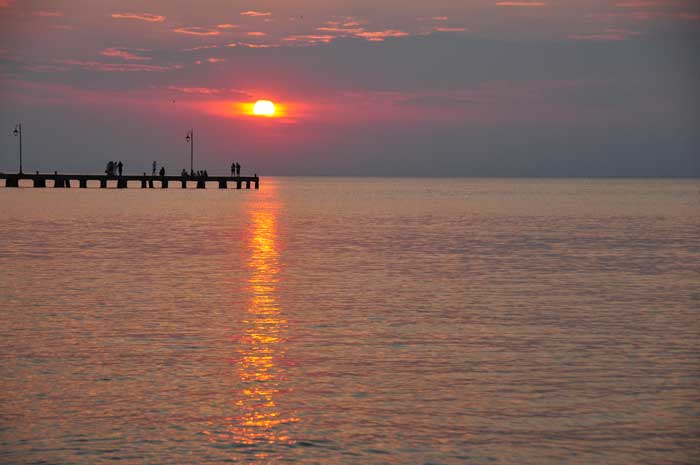 We were almost forced to take the camera again and again to capture the experience of the setting sun. A dream of being there again that hopefully can be implemented soon. 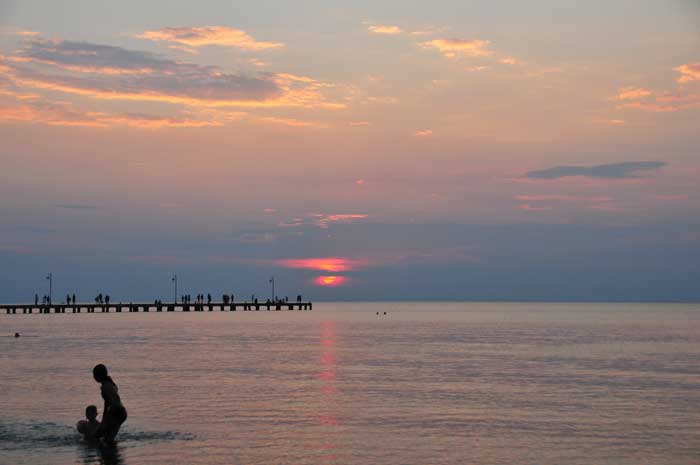