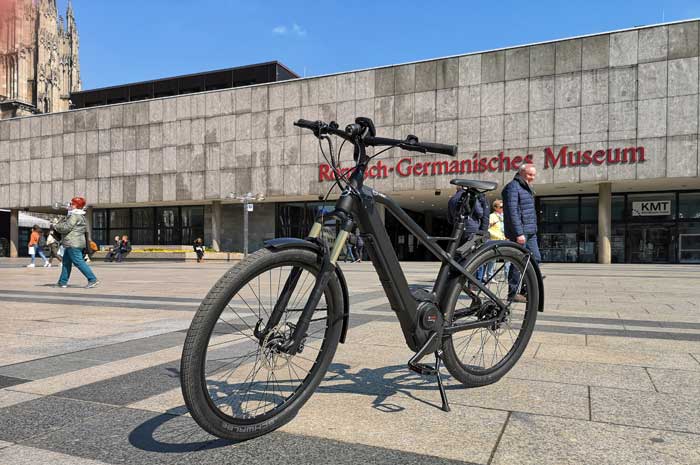 Especially when the weather is nice, cycling tours in and around Cologne are very popular. In addition, cycling to destinations of particularly interesting sights, they also offer the possibility of using paved bike paths as well as off-road biking, everything the cyclist's heart desires. 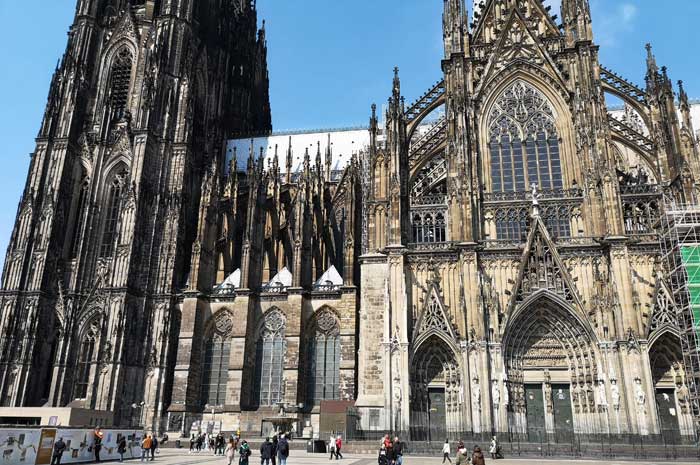 In addition to the ancient sights from Cologne's Roman and medieval times, the parks, the city forest and green belt and - and of course, fresh air makes you thirsty - the numerous beer gardens and excursion restaurants, there still is less known to explore the city during a guided city tour on rental bikes. 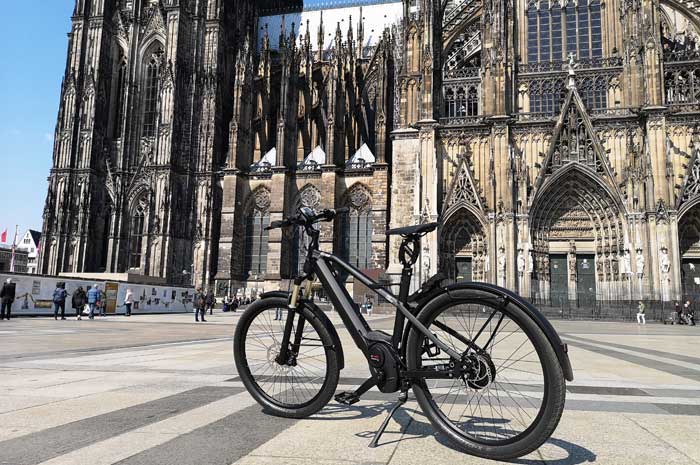 We had the opportunity to extensively test two brand new HNF XD2 Urban bikes, with our particular interest in the circuit and the belt driven bike, the 500 Wh Bosch engine was already known to us for its performance. 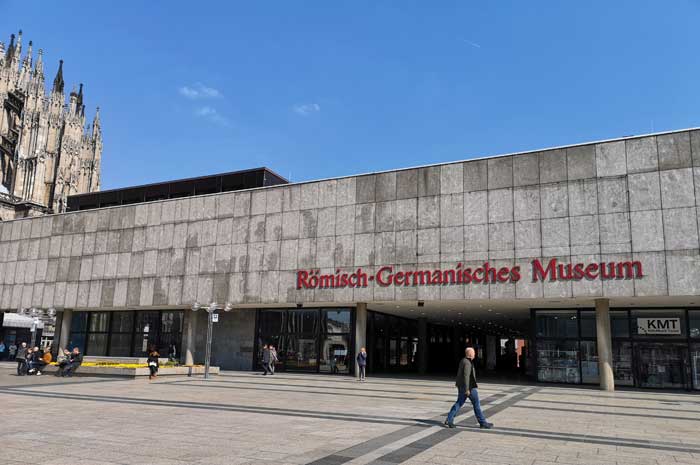 The Bosch Powerpacks are only lithium-ion batteries with 500Wh capacity. As an Intube battery, they disappear discreetly within the framework of the XD2 and can also be charged directly on the bike. 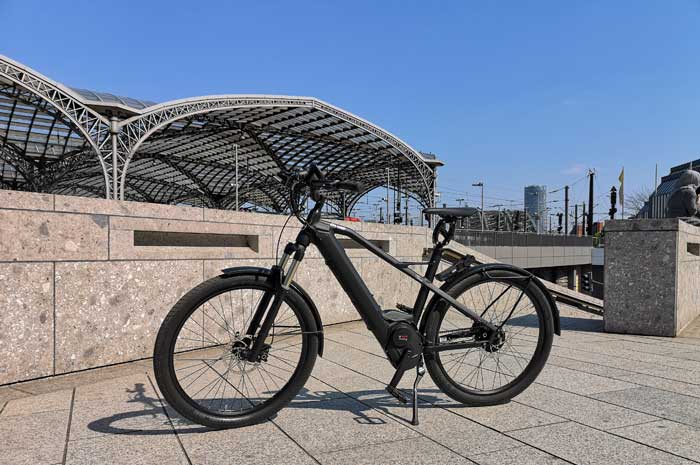 Ideally equipped and stylishly designed, the HNF City E-Bike is your perfect companion through everyday life and the city. Whether it's a commute or a bike ride - with this urban e-bike, you will not get disappointed. So it says the advertisement, we were curious about it. 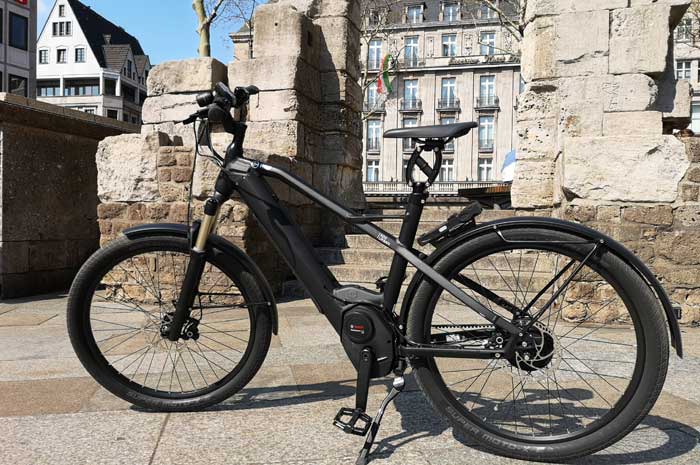 And: Equipped with the Bosch Performance CX engine and combined with the Nuvinci (formerly Enviolo) N380SE and the noiseless Gates carbon belt, the City E-Bike has a powerful drive as a pedelec up to 25 km / h. 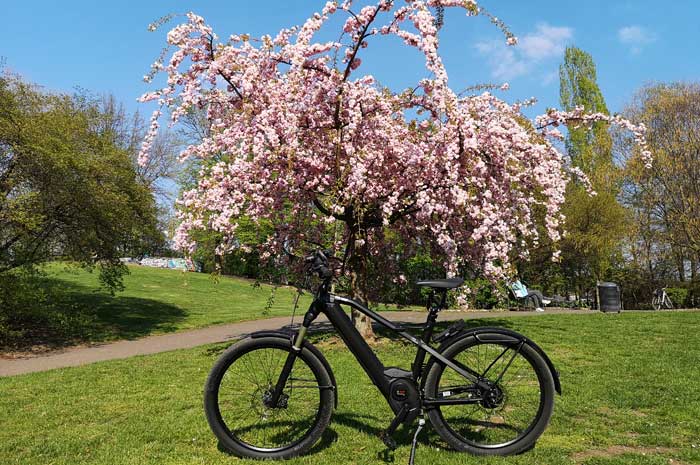 And in fact: Surprisingly easy Nuvinci is switching, whether driving or standing, the circuit is simply convincing and extremely earmarked use. 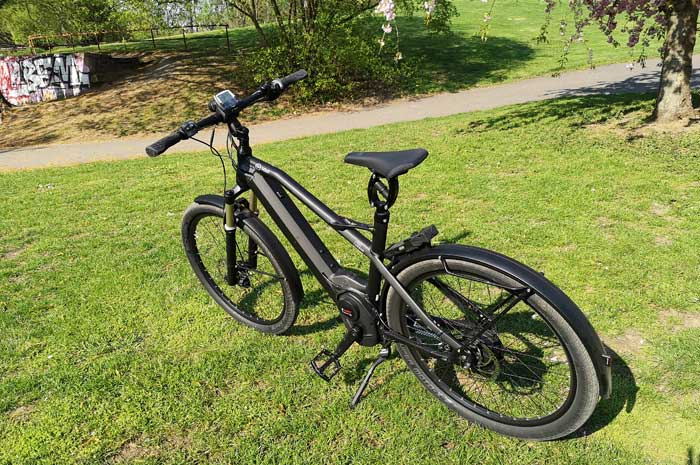 This way you can comfortably switch yourself down even in front the red traffic light to the lowest gear without using the pedals. 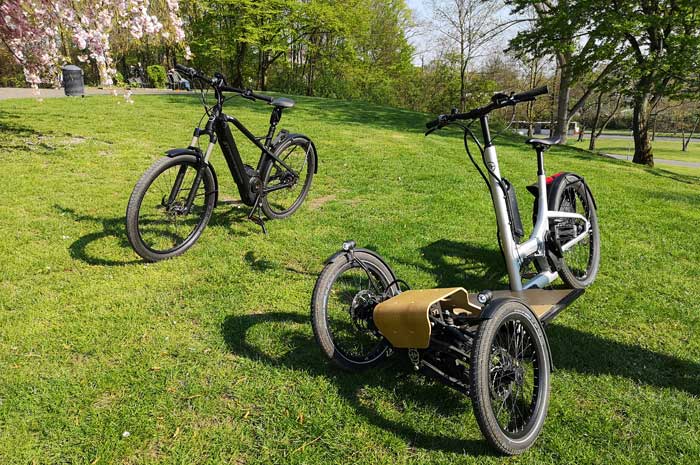 During the journey it can be switched up or down, so that even shortly noticeable slopes are easily mastered. 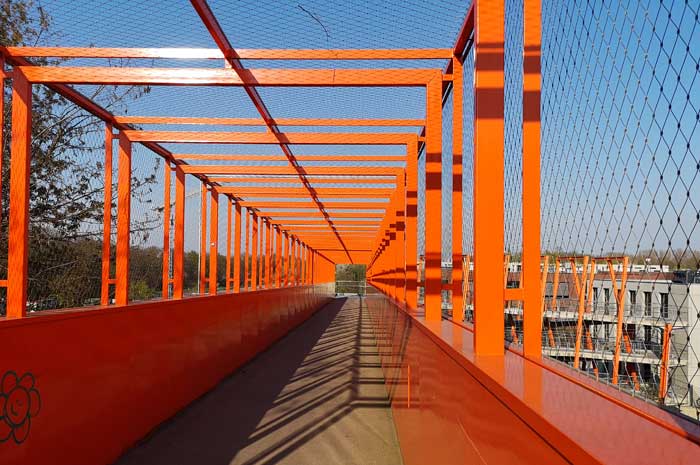 On all HNF e-bikes, the high-quality Nicolai frame ensures absolute directional stability and stiffness. As a ladies' and men's model, it really offers a safe ride in sometimes turbulent city traffic. 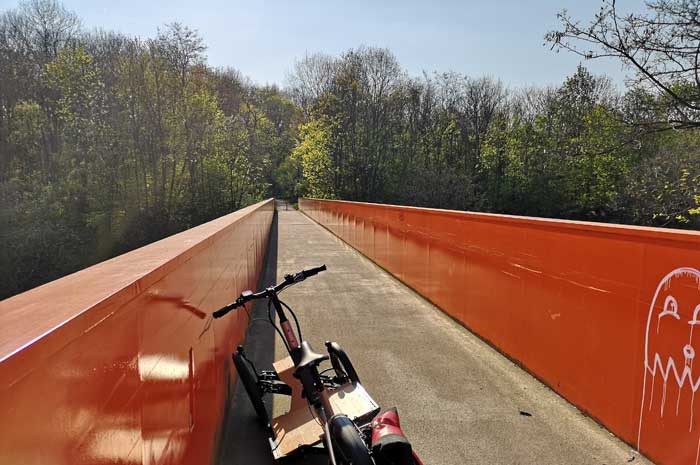 But even off the paved roads we could use the HNF XD 2 on sand and gravel roads, with the wider tires have proven to be very beneficial. 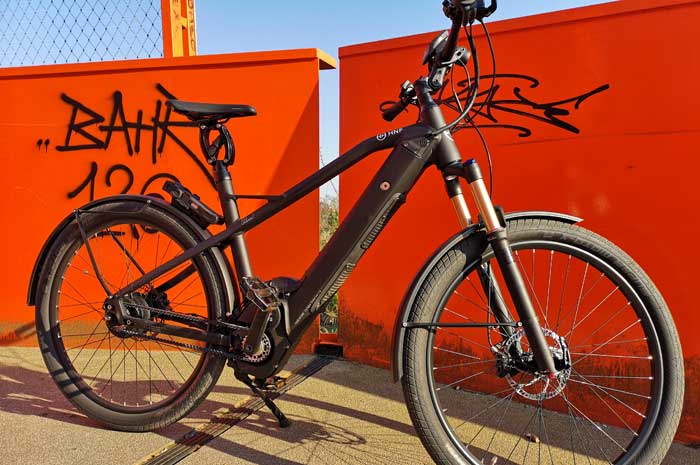 Although not the coarseness with the appropriate grip of a real mountain bike, but coarse and wide enough to ensure a safe driving experience. An all-rounder for city and country. 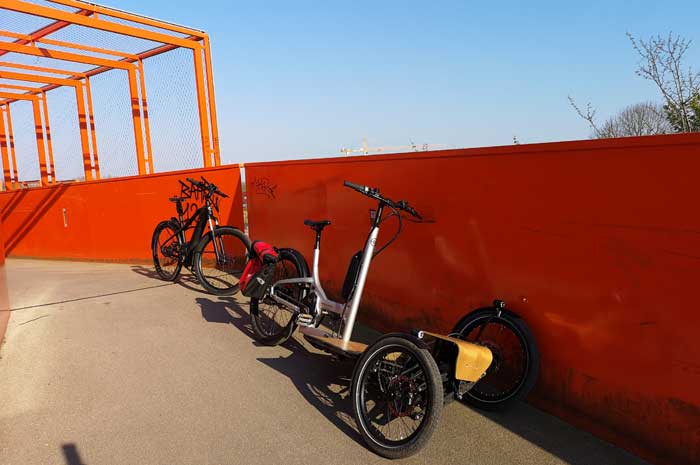 Our tests clearly showed the reliability of the Bosch motor paired with the low-maintenance toothed belt drive and, above all, the excellent gearshift - a perfect touring bike.