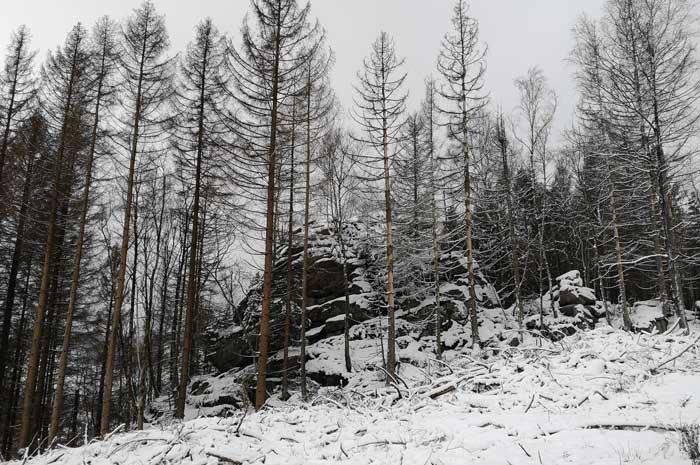 The Brocken, also popularly known as Blocksberg, is at 1141.2 meter the highest mountain in the Harz mountain range, it is located in Saxony-Anhalt and is a tempting destination for hiking in summer and winter. 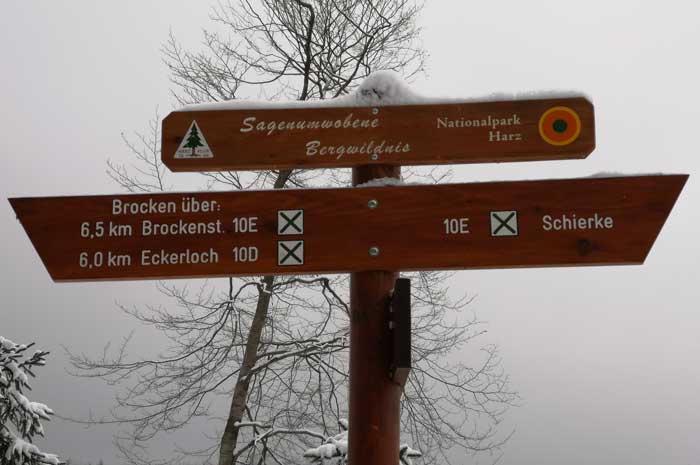 The Brocken is located in the Schierke district near the city of Wernigerode in the Harz district and both the mountain and its surroundings are part of the Harz National Park. 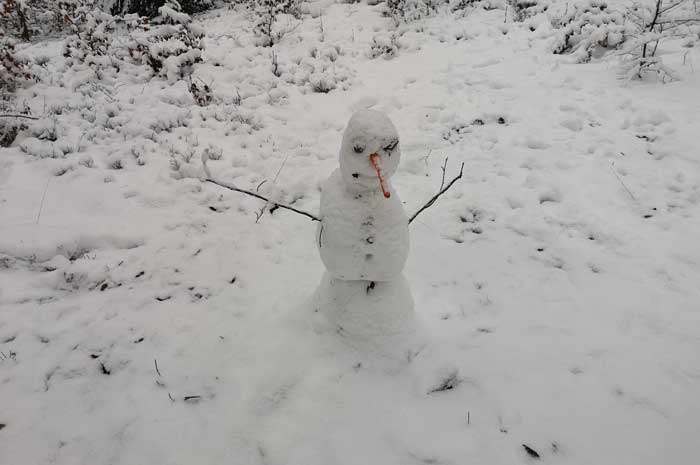 We use the unfortunately very cloudy but free day for a hike from Elend up to the summit, which was icy, almost everything frozen, as the pictures show. 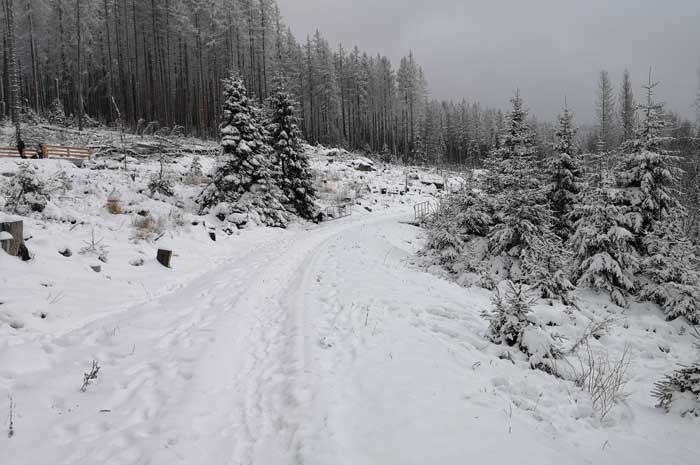 The extremely low temperatures and the high amount of precipitation due to the exposed location of the Brocken, however, ensure great public interest, especially in winter. 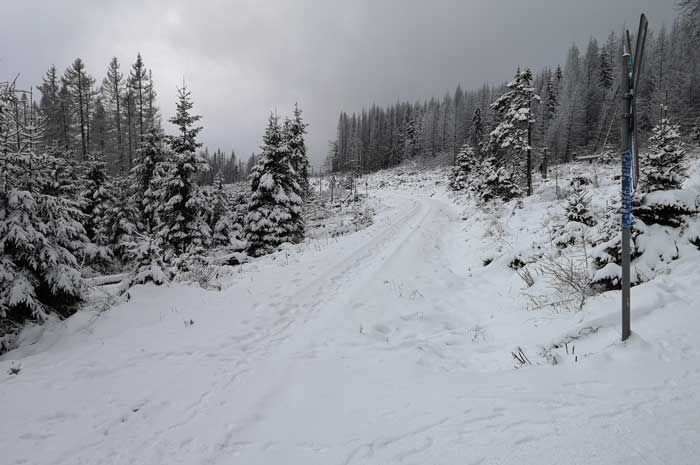 Because of this exposed location in northern Germany, the mountain is a place of extreme weather conditions. 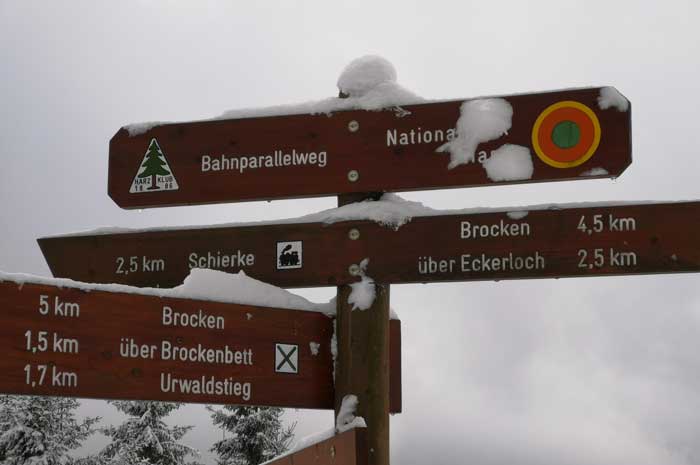 The short summers with low temperatures are often followed by very long winters with numerous days of snow and heavy storms, up to and including hurricanes. 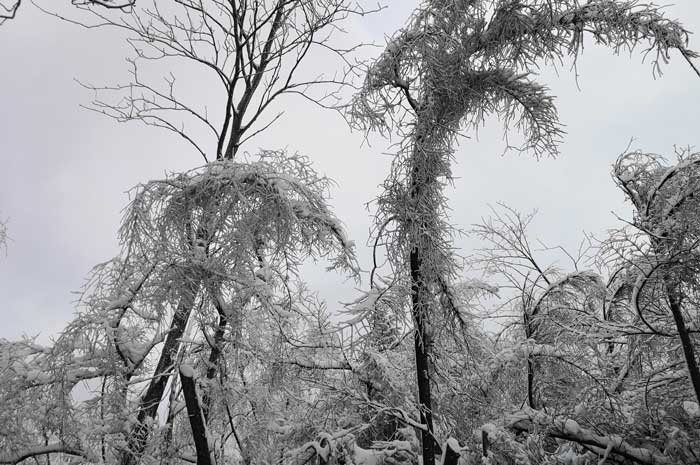 It is not without reason that it is said that the climate on the Brocken corresponds to an alpine location of 1,600 to 2,200 meters or the climate of Iceland. 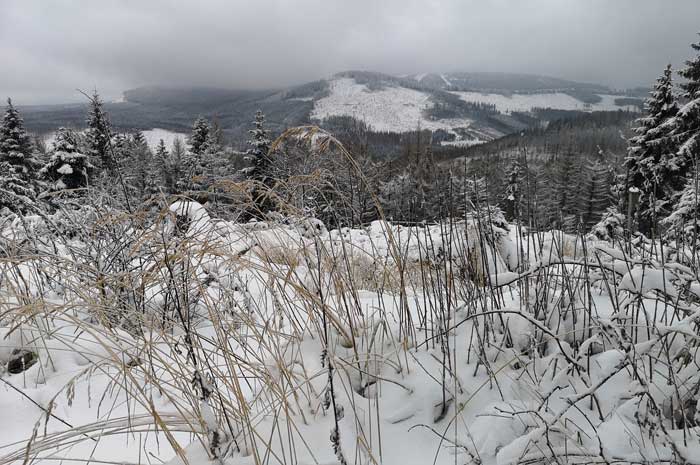 From the Brocken summit, with good visibility, you can see the Großer Inselsberg in Thuringia, the Köterberg in the Weserbergland and the Petersberg north of Halle at Saale river. 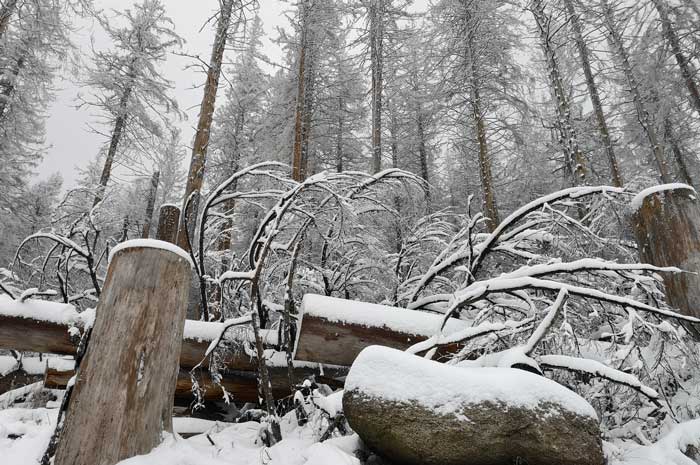 Unfortunately we weren't allowed to have good visibility at all, so we couldn't see the Rothaargebirge (164 km away) and the Rhön (152 km) either. 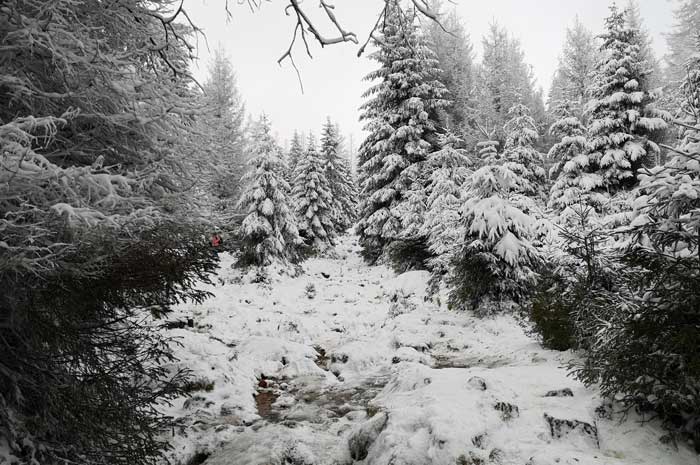 A small consolation only that in excellent conditions one could even have seen the Fichtelberg, about 224 km away, and the neighboring Keilberg in the Czech Republic. 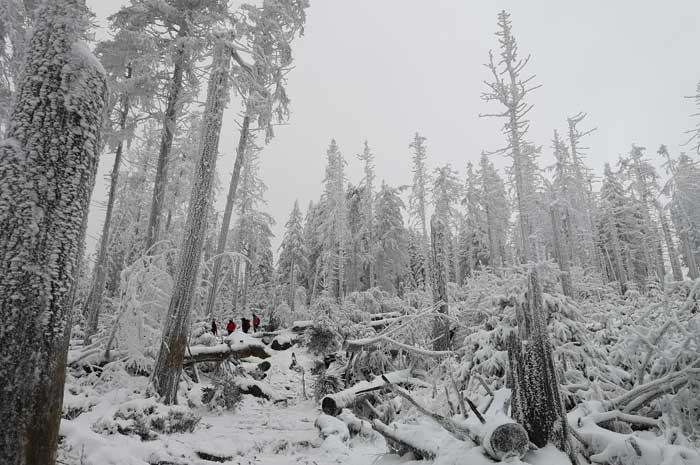 The flora and fauna of the Brocken are comparable to those of northern Scandinavia and the high alpine regions. The Brocken summit is the only mountain in the German low mountain range above the tree line, so that only very small spruces can be found there. 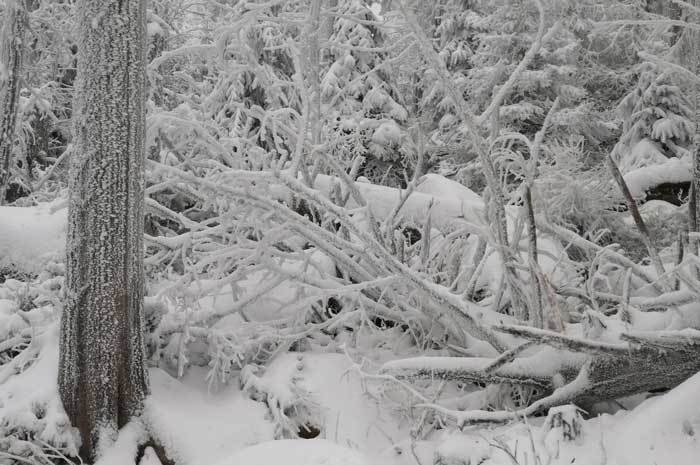 From August 1961, the Brocken, which lay in the immediate border area between the GDR and the Federal Republic of Germany, was declared a restricted military area and was therefore no longer accessible to the population. The summit was greatly expanded militarily. At last it was surrounded by a three-meter-high barrier wall made of inverted T-shaped concrete elements. The security of the area was the responsibility of the border guards of the 7. Grenzkompanie Schierke, which was stationed in force on the summit. 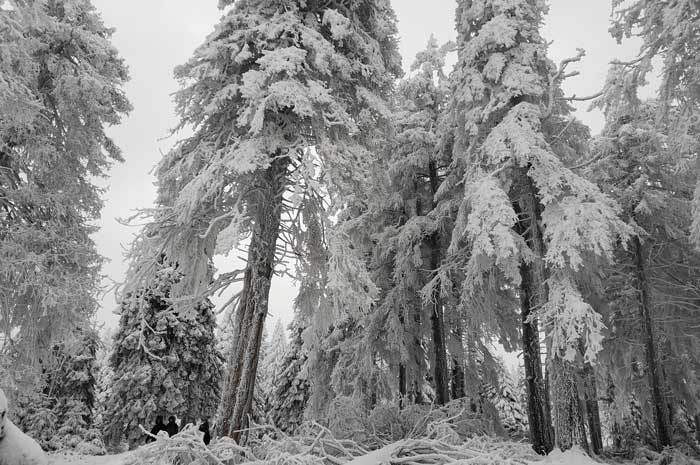 After the fall of the Berlin Wall, the Brocken was reopened to the general public on December 3, 1989, under the pressure of a star hike of 6,000 demonstrators (Take the Wall away!). With German reunification, the border security systems as well as the systems of the military and secret services were gradually dismantled from 1990. The last Russian soldier left the Brocken on March 30, 1994. In 1998 the radio tower was torn down. 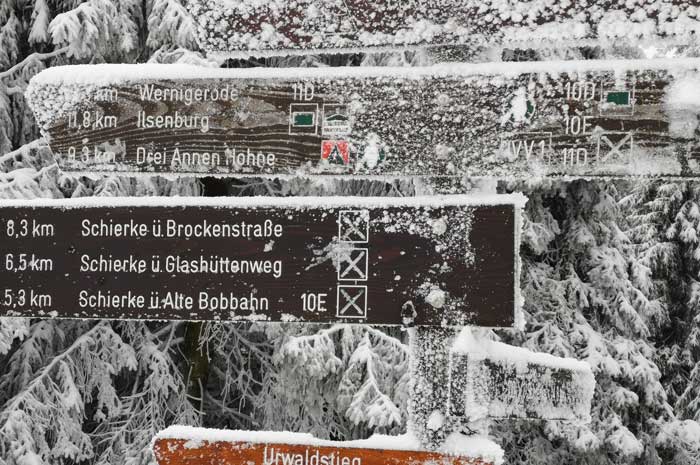 The Brockenkuppe was renatured at a cost of millions. Today it is a very popular tourist destination for visitors to the Harz Mountains. The Hirtenstieg leads up to the Brocken from the west. Cattle used to be herded onto the Brocken via this staircase; today it is a popular hiking trail. The concrete slabs date from the time of the GDR and enabled military vehicles to drive up.