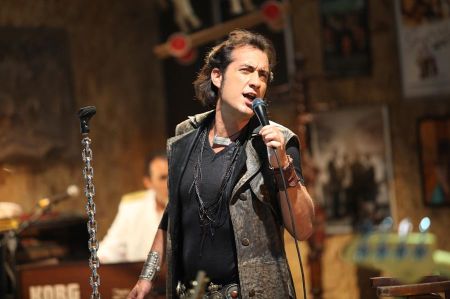 Kirac, his complete name is Ali Tufan Kirac, was born the 17th of June, 1972 in Elbistan in the province of Kahramanmaras. At that time his father was working as a teacher. Because of getting a new job in Istanbul the whole family moved there in 1982.

First contacts to music in his new surrounding happened because Kirac was always fascinated of his fathers baglama. During Kirac time as a student of secondary education, his teacher Refik Köksal noticed the musical talent of Kirac and organised a first guitar for him. Little later, Tufan Kirac started writing first compositions and texts when he was at school. After changing to Marmara University in Istanbul in 1990, Kirac continued writing songs and compositions and what else could it be, he started studies of music for getting teacher certification. First experiences live Kirac did when performing small acts at the night bars of Istanbul in Taksim, Kadiköy and Harbiye.

In 1996, a first contract in his pocket, Tufan Kirac started working at his first album „Deli Düş“, with TMC Film Müsik Üretim, published in 19998. His second album „Bir Garip Aşk Bestesi“ was published in 1999 already. Two years later TMC music organised a partnership between Kirac and Funda Arar, another artist contracted with TMC and an album called „Sevgiliye“  was published. In the same year 2001 Kirac published his third solo album called „Zaman“. Now really well known Kirac started to work on sound tracks and was very successful when he did the sound tracks for Turkish Television programs like “Beyaz Gelincik”, “Bir Istanbul Masalı”, “Zerda” and “Aliye”. His solo albums of same titles were published little later. Couple of more albums have been published since then and still today Kirac is one of the most successful Turkish Rock musicians.