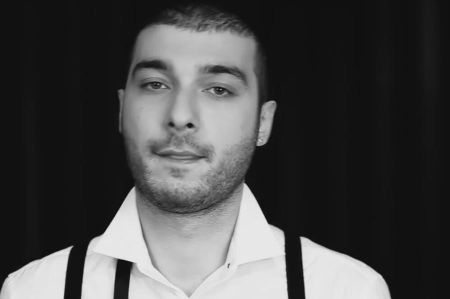 After listening to Rap-type songs in various collection music cassettes for a while, he bought albums of important groups of 90s such as Nefret, Islamic Force and Sert Müslümanlar and thus, got to know Turkish Rap.

- In 2004 he started distributing his first underground album. He started taking the stage in big and small organizations as of 2004 in such cities as Karabük, Mersin, Konya, Denizli, Adana, Diyarbakır, Gaziantep, Tekirdağ, Eskişehir and notably İzmir, Ankara and İstanbul. Besides, he performed in many high school and university festivals.

- In 2006, he released various mixtape albums (albums consisting of compilations recorded with specific methods) with Kadıköy Acil which embodies many valuable Turkish rap groups and artists. He also found the opportunity to work with such names as Ceza, Fuat, Cashflow. These songs were included in various recordings like the other Sansar Salvo songs and distributed via the internet.

- In 2007, he started preparing his first album “Adrenalin”. He took the stage as the support artist of Busta Rhymes during the same year.

- In his album, which was published in August 2008, some of the most-respected names of Turkish Rap music appeared as guest such as 9 Canlı, a member of Sert Müslümanlar, Deniz Gürzumar and Zahriyan. The prominent songs of the album were 34 Dramı, Mavi Duman and Ağır Roman.

- He released his second solo album, titled Seremoni Efendisi, in 2009 June with the Ateş Müzik label, which he also worked for the distribution of his first album. Locally, guests such as Mafsal, Heja, Telaş, Selo, who is member of Alaturka Mavzer, and member of Mihenk Taşı, Önder appeared while there were also powerful voices from USA scene such as Sabac Red (ex Non Phixion), King Magnetic (AOTP), Slaine&Big Left (La Coka Nostra) and Klee Magor da Sleazebag (Riviera Regime). Pisi Pisine and Korkak Çocuk were the prominent songs in the album. He continued his concerts locally and in other cities during 2009 and he was the supporting group in Lil’ Jon and Flo Rida’s concerts in İstanbul. He also appeared as guest in a hit song of Fuch’s second album “Selam”, who is member of Nefret and Istanbul Attack, released at the beginning of this year.

- He got cancer at the beginning of 2010 but he managed to get better. He shared his compilation work entitled “Panik Anı” with 7 songs which included solo songs and guests such as Sadat X and Fuat Ergin, over the internet. He appeared as guest in albums of various Turkish Rap artists throughout the year.