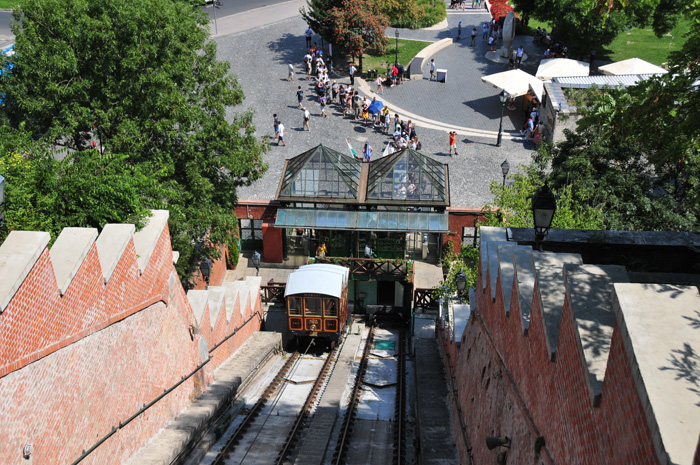 Our first explorations in the surroundings of the campsite Zugligeti Niche Kemping had already brought us to the chairlift up to the highest elevation of Budapest, the Janosberg. The Janosberg is still a popular recreational area or a tour destination for the city's population, so there are plenty of footpaths and cycle paths in a green environment (report follows). 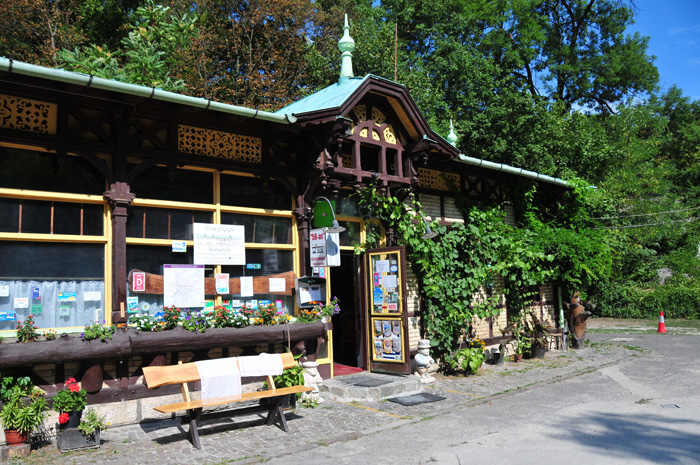 Now it was time to go into the town centre, so of course, the parliament building and the castle of Budapest were at the top of the list of our destinations, which we wanted to reach by public transport. 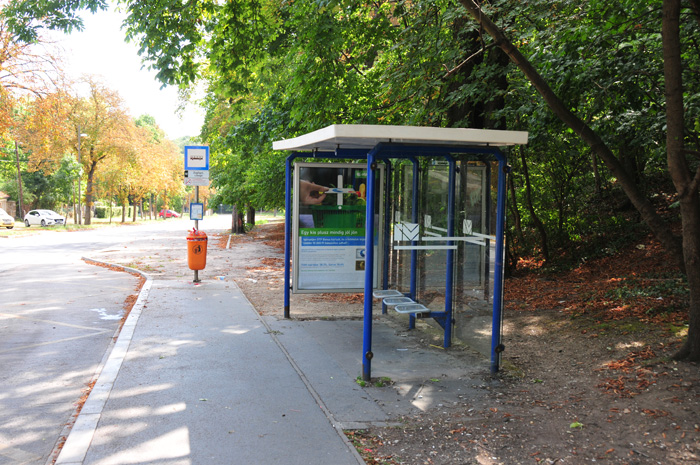 In addition to the fact that the centre was best reached by bus line 291, a station is about 100 meters from the main entrance of the campsite, András & Marta had also handed a plan with the numbers of the other public transport lines. A tram line also starts close to the campsite. 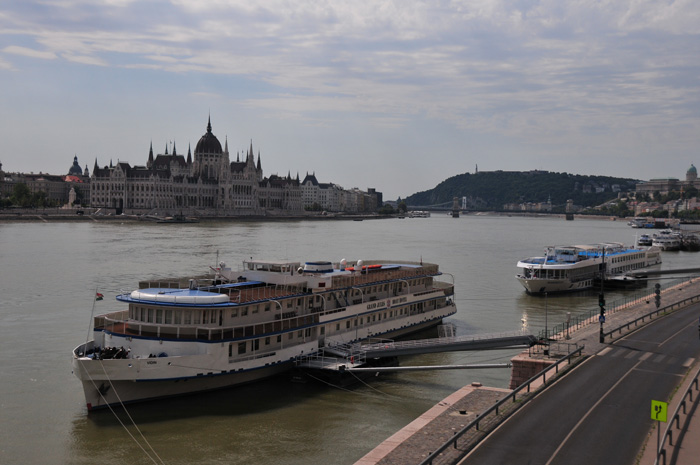 At the stop just before the Margit Bridge crossing the Danube, which also connects the Margitsziget Island, we left the bus to first explore the Castle Mountain, so we walked along the Danube. 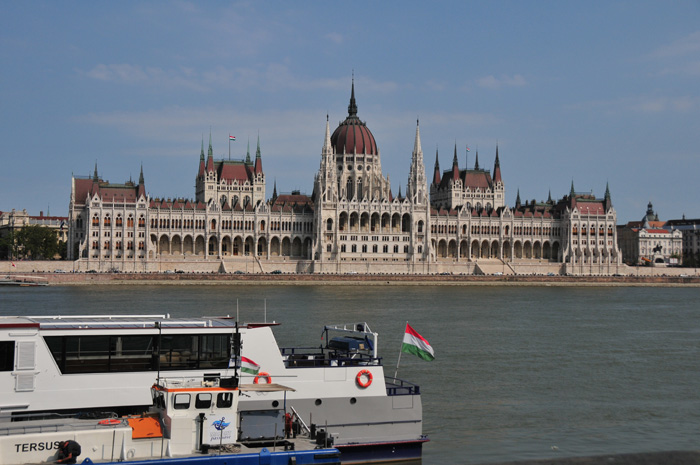 We were a bit surprised when we came to the Budavári Sikló, the cable car up the Castle Mountain to see a long queue of waiting guests who wanted to go up from the Danube. 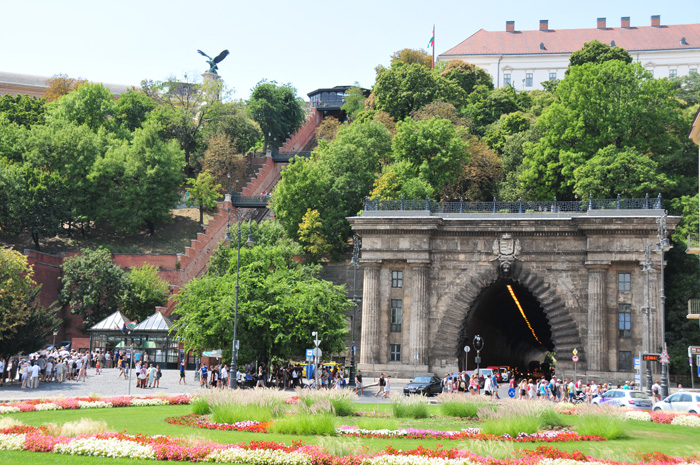 The cable car was opened in 1870 and is one of the oldest cable cars in the world. 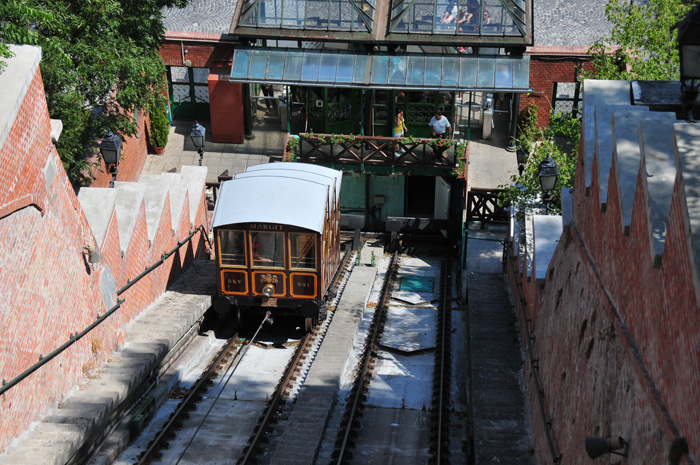 The construction of the cable car for the transport of passengers took place in 1869 on the initiative of Ödön Széchenyi, the son of István Széchenyi, so that the train could do their first test run on 23 October 1869 and opened on 2 March 1870. 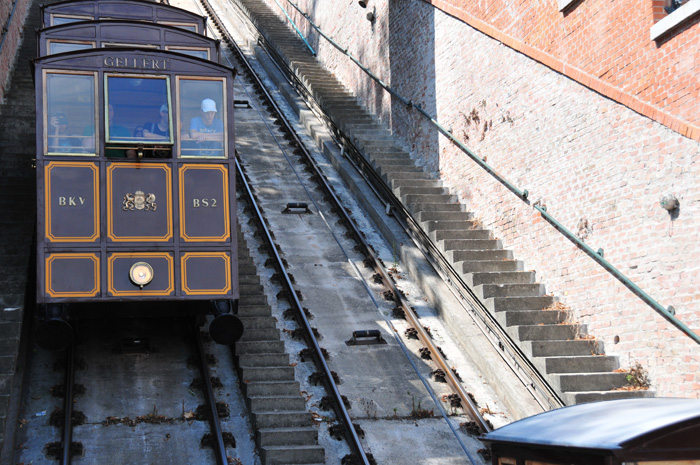 Thus the Budavári Sikló is the second cable car in Europe, a similar system only existed in Lyon. 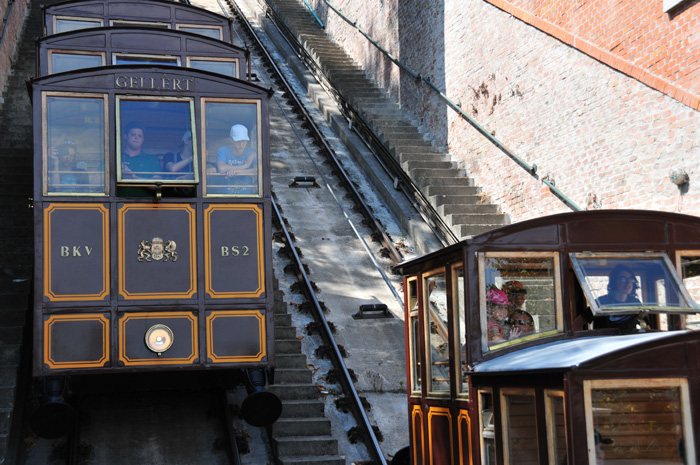 The cable car line was crossed by two pedestrian bridges, which were removed in 1900 due to an expansion of the castle garden. They were rebuilt after 1983 in original plans. 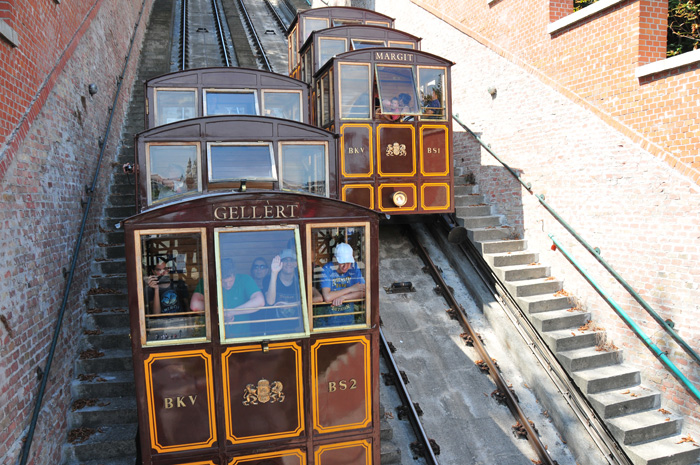 In 1920 the railway came into the property of the city. In the Second World War both the track body and the wagons were destroyed by bombs. It was rebuilt in 1983. 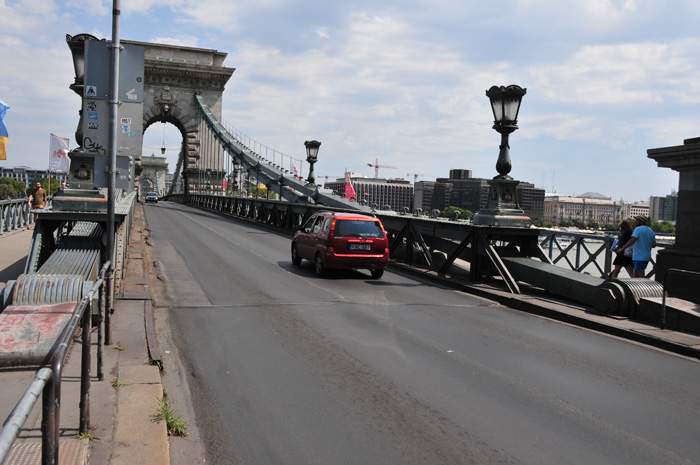 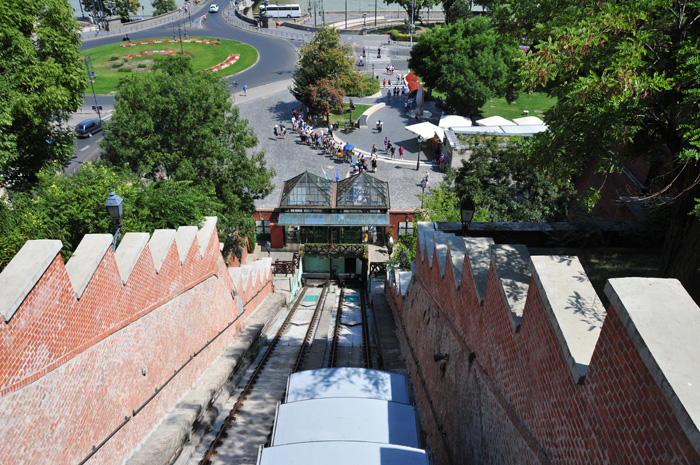 Due to the high crowds, we renounced the use of the cable car and made our way to the castle on foot.

Starting from Vienna along the Danube to Budapest

The chairlift near Zugligeti - at the entry of the Campsite