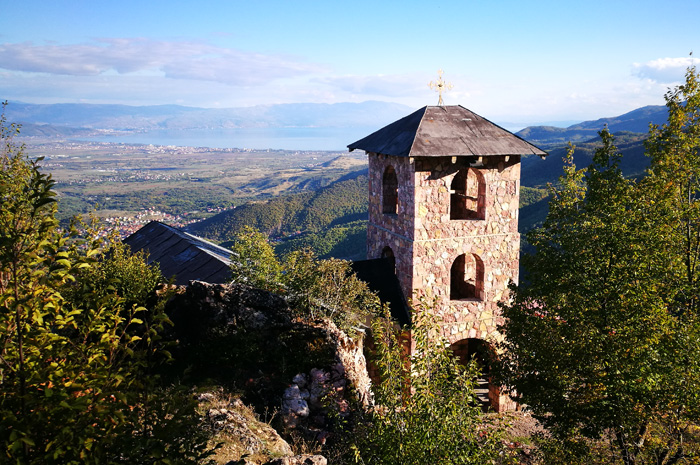 After returning from our mountain trip to the Jablanica mountain range back to the vehicle, we noticed the huge metallic cross high above Vevčani during the trip down. 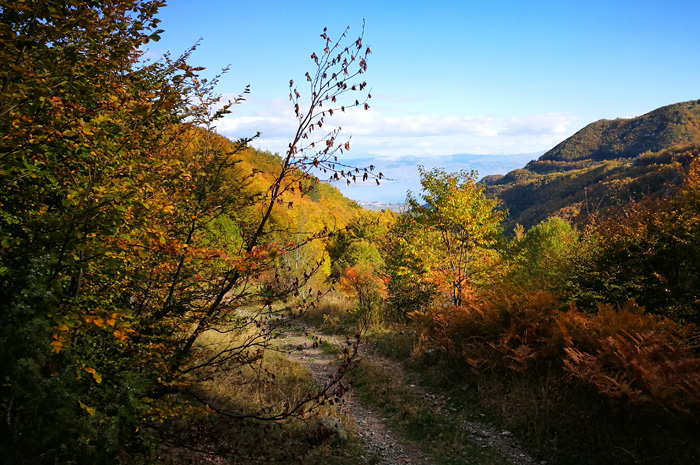 Shortly before reaching Vevčani a road sign with the reference to a small chapel called "Saint Spass" (an unusual name for a chapel) at the foot of the cross followed, showing the distance of just 1.6 kilometers away. 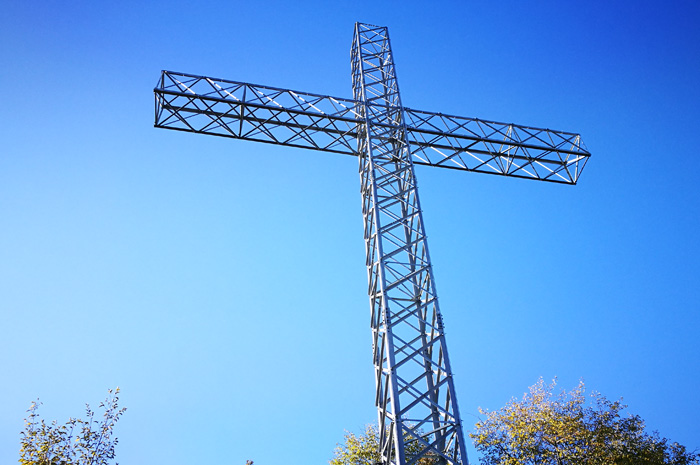 So we followed the sign and reached a narrow forest path, which required a lot of slow driving and, of course, the off-road mode had to be put at the highest chassis level. 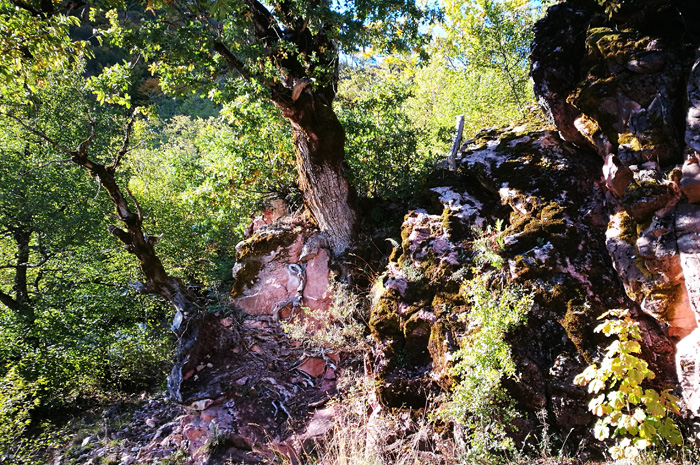 Very winding and narrow it went up to 1.520 meters, where we suddenly found ourselves at the end of the road, right below the cross. 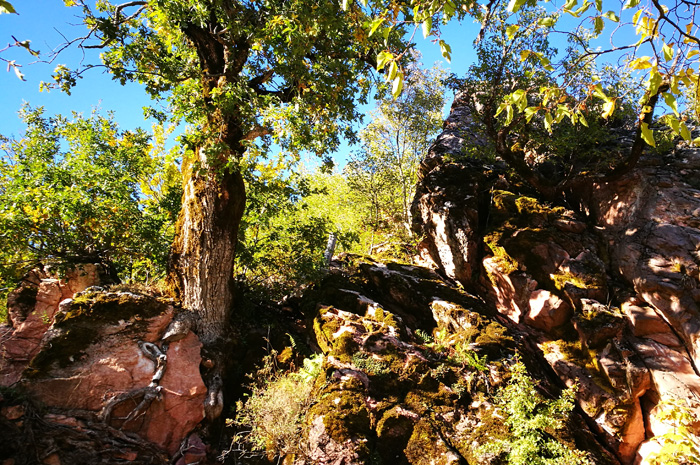 We were very surprised that there was a tower building next to the chapel, which could not be seen from below at all. It will be used to accommodate a chapel bell ..... 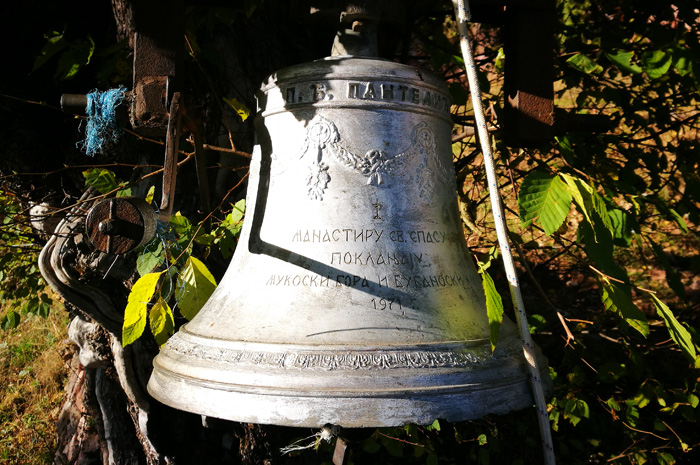 ...... which is now fixed to a tree and is being used by some locals, what we should hear a little later, because we were not the only visitors at stake. 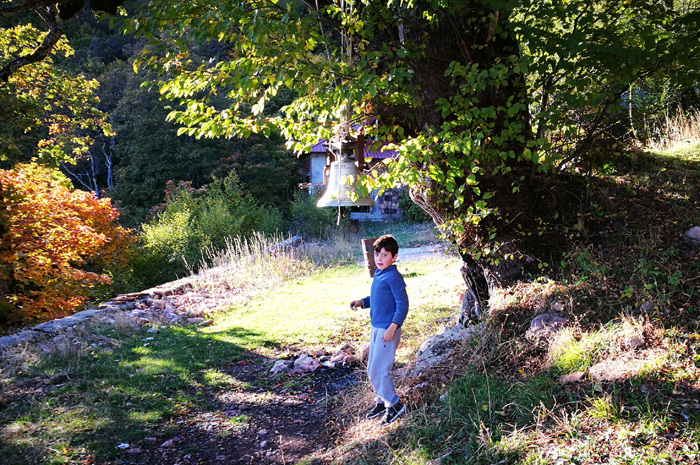 A small group of inhabitants from Vevčani, who were probably involved in the restoration of the tower, had found themselves for a barbeque and invited us to join. 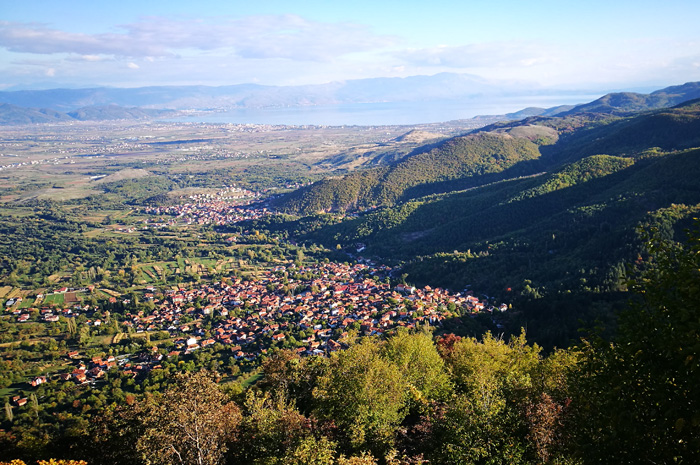 We refused, however, thinking about the return, since alcohol was involved too. 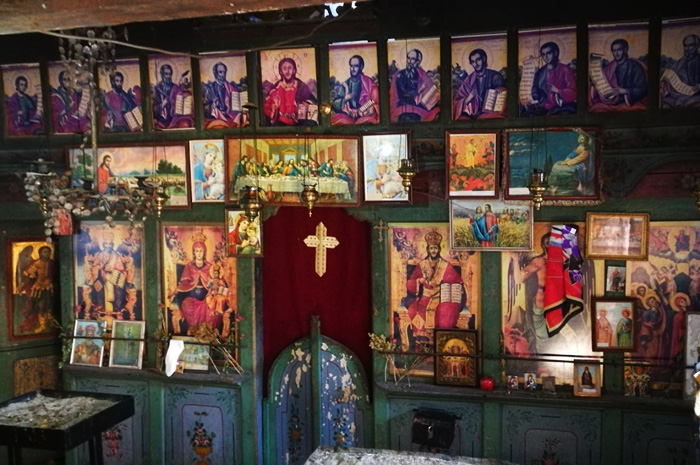 Instead, we looked for the view, which was followed by a walk into the chapel. 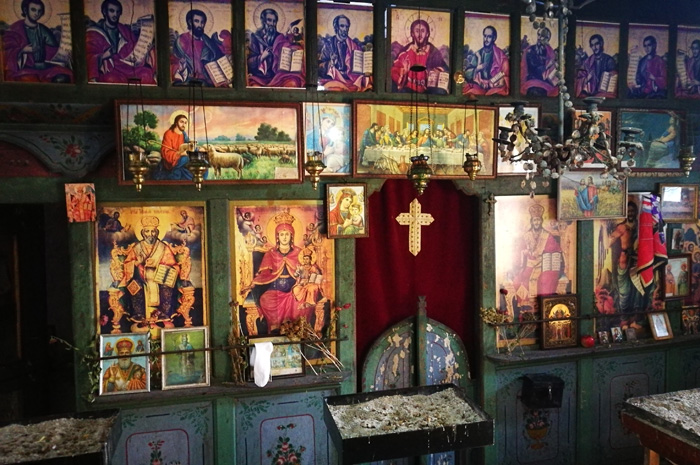 A variety of icons and pictures lined the back wall of the chapel, simply built from natural stone, which was hardly to be expected here. 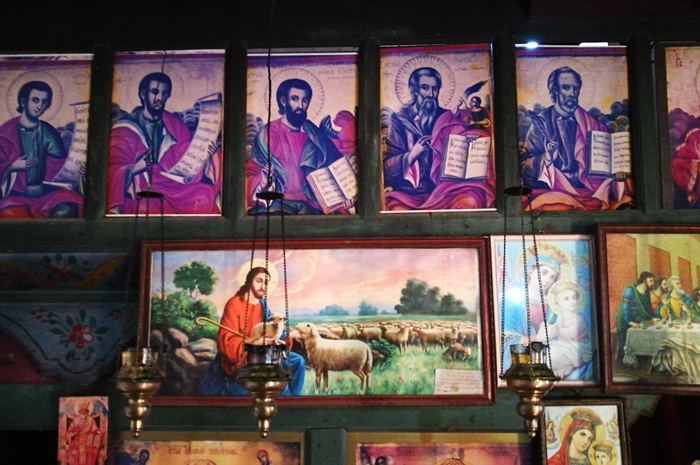 Unfortunately, the locals did not know any more details about the chapel, so we will continue to work on this topic too. 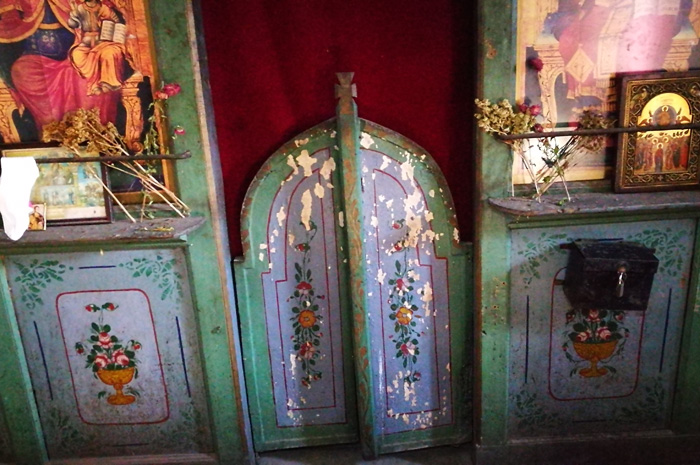 We said good-bye to the locals what was accompanied by strong sounds of the bell. Once more amazed, how liberally local people deal over here with ringing the bell. 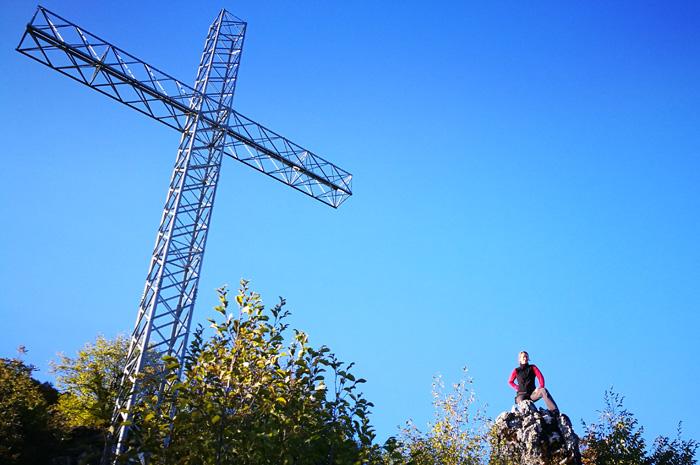 Camping Rino as a starting point - Off-Road tour to Albania