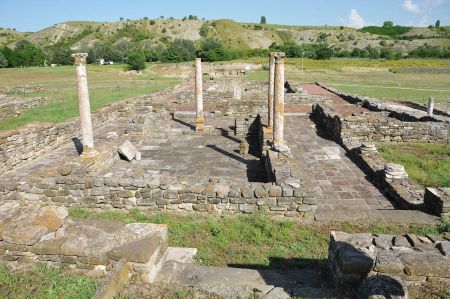 The first excavations in the ancient city of Stobi were started in the 19th century. During World War I, the German officer Hald had began the first systematic excavations of the site.

In this campaign, the basilica in Palikura was excavated as well as parts of two other basilicas. Since 1918, the excavations were coordinated by the architect F. Krischen who was member of Mazedonische Landeskundliche Komission. He discovered the Cemetery Basilica and parts of the Episcopal Basilica.

Between 1923 and 1940 Stobi was systematically excavated by the National Museum of Belgrade. The first campaigns were directed by the Austrians B. Saria and R. Eger. Later, in the 30’s the staff was expanded by Ć. Truhelka from Zagreb, V. Petković, J. Petrović and Ð. Mano – Zissi from Belgrade. Also, there were architects from Copenhagen, Munich and Belgrade in the staff.

The Archaeological Museum in Skopje and the National Institute for Protection of Cultural Monuments did partial investigations and conservation in the period between 1955 and 1969.

Afterall - a stopover at excavation in Stobi was possible 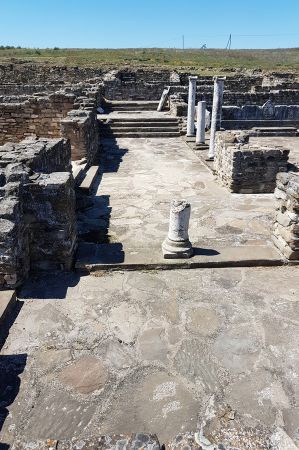 The University of Austin and the National Museum in Veles began a large excavation project in the 70’s. The joint project was coordinated by James Wiseman and Ð. Mano – Zissi. The investigations continued in the previously revealed buildings and new structures were also discovered.
The excavations made possible the publication of the book "Roman and Hellenistic pottery from Stobi" by Virginia Anderson Stojanović as well as the books on the Theatre by Elizabeth Gebhard, the inscriptions at the Theatre by James Wiseman and the Western Cemetery by Al Weselowsky which will be published soon.

The 80’s are marked by the excavations of the basilicas by Blaga Aleksova and the conservation of many buildings by Živoin Vinčić.
In 1992 and 1995, the construction work on the highway E – 75 initiated salvage excavations of the Western Necropolis. The project was conducted by Museum of Macedonia and the National Institute for Protection of Cultural Monuments. 1501 graves were unearthed during this excavation and also the Extra Muros Basilica was discovered. 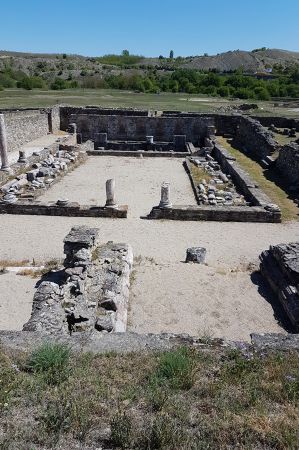 The Southwest segment of the defensive wall was conserved and restored in 2000 – 2002. The conservation was done by the National Institute for Protection of Cultural Monuments with Zoran Georgiev as the director of the project.
In 2005, The National Conservation Centre did conservation on some of the walls in the Epsicopal Basilica, the Casino, Via Sacra, the Semicircular Court, the Civil Basilica, the Palace of Peristeria and the Theodosian palace.

The Museum of Macedonia, sponsored by CISS, excavated the “Building with Arches” in 2003 – 2008, with Mila Shurbanovska as director of the project. 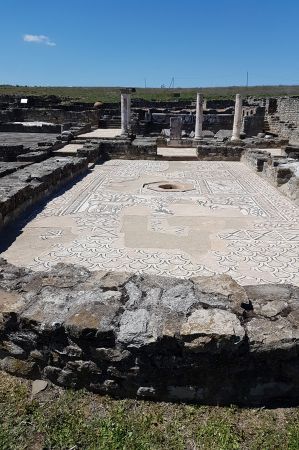 Coordinator of the project was Silvana Blazhevska. 9 archaeologists, 9 students and around 70 workers were included in the excavation activities in the area east of the Theater, towards the two defensive walls. During the work of three months, a segment of 50 meters of the Eastern (Inner) Defensive Wall was uncovered.
To the west, towards the Theatre, a building with two underground chambers was discovered. The architectural concept, the masonry of rectangular blocks and the marble decorative elements discovered all around it, point out that this building is some kind of temple with hypogeum. We don’t know yet to which deity the temple was devoted.
The inventory of this year’s excavations is represented by typical Late Antiquity sherds, 142 coins, fragments of glass vessels, various metal objects, architectural decorative elements and a female head of a marble sculpture discovered in one of the many dump pits. 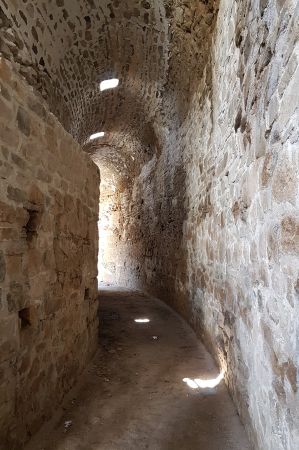 The archaeological excavations at the ancient town of Stobi, in 2009, were performed in 6 sectors and total area of 9900m2. Тhe project was directed by M.Phil Silvana Blaževska from NI Stobi and financed by the Macedonian Government. The Wheeler-Kenyon methodology methodology (This grid system, which was found out by Mortimer Wheeler and later developed by Kathleen Kenyon, prescribe the specification of the sections with exact lines.) applied to a wide area enables precise documentation of the cultural deposits from the Early Roman to the Early Byzantine periods. In addition to buildings, the excavations provided a large number of objects: 3568 coins, approximately 700 different metal objects, 150 terracotta figurines, glass, jewellery and hundreds of whole and fragmented ceramic vessels. 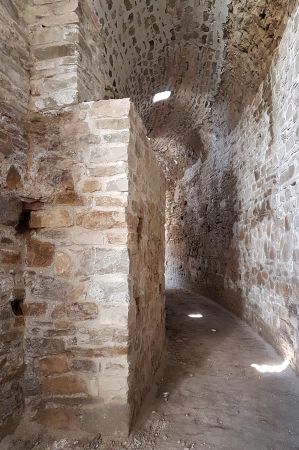 Three projects for archaeological excavations and five projects for conservation were realized by NI Stobi during 2011. Coordinator of all of the projects was Silvana Blaževska.
The excavations conducted at the House of Peristeria and the Western Necropolis in the period between April and August.
During the excavations in the House of Peristeria, the conservation and documentation of the mosaics were the main focuses.
The most interesting discovery was the pottery kiln from the 1st century AD. Judging by the pottery, the lowest layer which rested on the bedrock belonged to the Late Bronze Age and Transitional period (11th/10th century BC). The remains are modest, due to the later activities, but they are fine evidence for the continuous habitation of Stobi since the prehistory.
Cleaning and retouch of the different parts were done during the second phase of the conservation of the mosaic from the House of Peristeria.  The activities took place in September and October. The end of the third phase i.e. placing back the mosaic in its original position is expected in the first half of 2012.
Funded by the US Ambassadors Fund for Cultural Preservation, the last stages of the project for conservation of the frescoes from the Episcopal Basilica were finished in the period between April and August.
The collaboration with the Balkan Heritage Foundation from Bulgaria resulted in three different international projects: Workshop for Conservation Documentation and Restoration of Roman Pottery, Workshop for Fresco Conservation and Documentation and Archaeological field school. 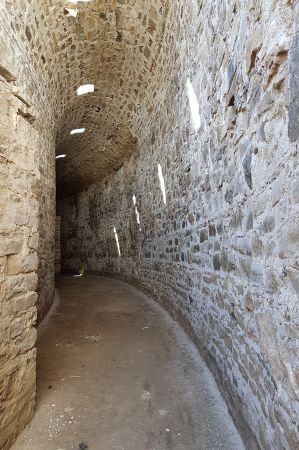 The investigations in Stobi in 2012 were financed by the Government of R. Macedonia and carried on five locations: the Temple, the Theatre, the Episcopal Basilica, the West Necropolis and the Semicircular Court.
During 2012, six projects for conservation and restoration were conducted. They were financed by the Ministry of Culture, the Government and the international workshop for mosaic conservation and restoration.
Besides excavations and conservation, the NI Stobi and the National Bank of Macedonia opened the exhibition “Early Christian Wall Paintings from the Episcopal Basilica at Stobi”. The exhibition is a result of the project for conservation of the wall paintings financed by the USA Embassy in R. Macedonia. The exhibition was followed by a small publication on the frescoes and their conservation.
The traditional exhibition “Archaeological Macedonia” was opened at the Museum of Macedonia on the 29th of December.

During 2013, National Institution Stobi realized 3 excavation projects as well as 8 projects for conservation and restoration of architecture and moveable finds.
The retrospective exhibition “Archaeology 2007 - 2013” that includes the most interesting finds from the Republic of Macedonia between 2007 and 2013 was officially opened in December, in the City Museum of Skopje.