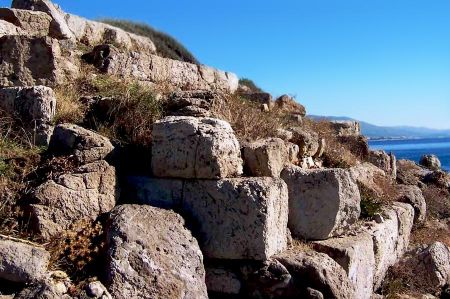 It is just about 28 kilometers from Teos to the ancient Greek city of Lebedos, always following the coastal towards Kusadasi.

Just before the gates of the modern city of Gümüsü, the ruins of the city of Lebedos now lie a few hundred meters from the sea. In ancient times, Lebedos was located on a peninsula and was one of the twelve Ionian cities.

Greek settlers founded the city in the 7th century BC and the city quickly became known as a spa town because of its hot springs. With the construction of the Temple of Apollo and the annually recurring festival to worship the god Dionysus, further focal points of attraction were set.

A story better than a myth circulated in ancient times, which has contributed significantly to the fame of the town of Lebedos, when fishermen brought back from the sea a valuable tripod made by Hephaestus. The fishermen quarreled about ownership and then consulted the oracle. In reply they received that the tripod should belong to the greatest sage of the region. This is how the tripod was brought to Thales of Miletus. Born around 624 BC in Miletus, Thales was a Greek natural philosopher, statesman, mathematician, astronomer and engineer. In short, the authority that corresponded to the oracle.

Aristotle once wrote the following remark about Thales: 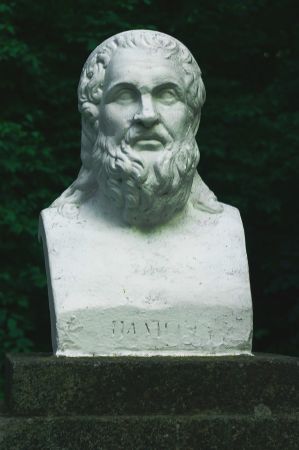 “People accused him of his poverty, presumably to show that philosophy would not get you very far. As the narrator goes on, although it was still winter, Thales knew from his knowledge of the starry world that a bountiful olive harvest was to be expected next year; having a little money, he rented all the olive presses in Chios and Miletus; he got them cheap because no one outbid him. When suddenly at harvest time all the presses were needed at the same time, he borrowed them for any amount he liked and made a lot of money from them. He proved to the world that philosophers can easily get rich if they want to, but that is not their ambition.”

Thales was one of the most important founders of philosophy and science in general. Everyone remembers their school days and "Thales theorem" that a triangle one side of which is a diameter of the circumcircle is a right triangle. Measuring the height of the pyramids also led to a mathematical law that is still valid: Thales took a stick and waited until its shadow was the same length as the stick. With the sun at the same position, he now determined the length of the shadow of the pyramid, which he now only had to measure to obtain the height of the pyramid. This principle of radiation is still valid today. 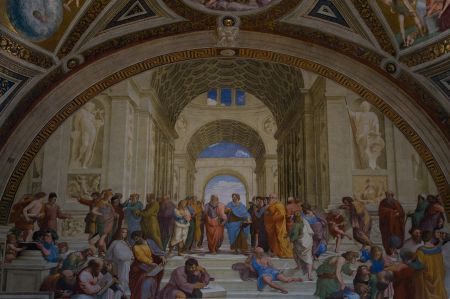 Antigonos I Monophthalmos wanted to merge the city of Lebedos with Teos in 304 BC and resettle its citizens in a newly created place. This method of merging several villages into one city, called Synoikismos, has been tried many times in history, but at this time from Lebedos with only moderate success. About 50 years later, Lysimachus attempted a similar endeavor to populate the renamed city of Ephesus. He even wanted to force the citizens of Lebedos, Teos and Kolophon to resettle in Ephesus, which was once named Arsinoeia.

Around 266 BC Ptolemy founded Lebedos again, but initially used the name Ptolemais. From Strabon's reports we learn that the Dionysian artist guild of the Technites also had their ancestral seat in Lebedos after they had been expelled from Teos because of their relaxed lifestyle.

Lebedos was also preserved as a city under the Romans, even minted its own coin and became the seat of a bishop in late antiquity, to which the titular diocese of Lebedos of the Roman Catholic Church dates back to this day.

Little remains of Lebedos except for a few remnants of the old city walls and the Acropolis, which sits on a hill about half a kilometer inland.