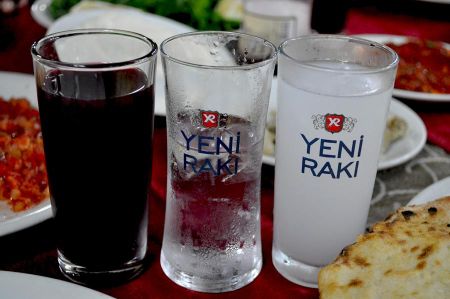 The picture-perfect bay of Tekirdağ is framed by high mountains, which gave the city its name: Tekir Dağı, in ancient times the mountain Combos. The city was already mentioned by Herodotus.

Prokopios of Caesarea, however, describes that the city was rebuilt in the 6th century by the Byzantine Emperor Justinian I after the barbarian invasions with an additional fortress wall. Tekirdağ is located on the northern coast of the Marmara Sea, about 135 kilometers west of Istanbul. The Bulgarians conquered and destroyed the city in 813 with their leader Khan Krum and in the Battle of Rodosto in 1206 with their leader Tsar Kaloyan, but it was rebuilt shortly afterwards.

When the Turks conquered the city from the Byzantines, they first called it Rodosçuk and from the 18th century Tekfur Dağı. Tekfur comes from the Armenian word tagovar, which means those who carry the cross. This is how the Turks referred to the Christian rulers. Tekfur then became Tekir.

The city of Tekirdağ is very important in Hungary, as Prince Ferenc II. Rákóczi and his followers lived in exile in Rodostó (old name of Tekirdağ) after the crackdown on the freedom struggle he led against the Habsburgs in the 18th century. The grave of the Hungarian essayist and chronicler of the emigration Kelemen Mikes is located in an unknown place in the city. The city of Tekirdağ can be traced back to around 4,000 BC. Founded by the Samians, this ancient city was previously called Rodosto. In the story "Anabasis" by Xenophon, Rodosto was referred to as the city of Prince Seuthes belonging to the kingdom of Thrace. The Chronicles of Procopius describe the restorations in the city by Justinian I in the 6th century AD. In 813 and later in 1206, the city was completely destroyed under the Bulgarians after the Battle of Rodosto. Later, under the rule of the Byzantines, new life came to the city. From 1204 to 1235 Tekirdag was ruled by the Venetians.

In the Ottoman period, the city was partially assigned to the province of Rumelia, then Kaptanpasa (near Gelibolu), Silistre and Edirne.

In 1905 the city had a population of about 35,000. Around half of the residents were Greeks, who were then exchanged between the two countries with Muslims living in Greece in the 1923 exchange and resettlement program.

Tekirdağ was also the depot for products from the Edirne region for many years, but the lively trade fell sharply when Alexandroupolis gained influence due to the railway line on the Maritsa River.

Holiday homes and guests on the coast determine the cityscape today

Today, Tekirdağ is also the center of many holiday homes as the region because it is just a 2 hour drive from Istanbul on the new 4-lane highway. The villages of Şarköy, Mürefte and Kumbağ are very popular with Turkish tourists. Many of the holiday settlements have been built without legally secured planning and so many coastal areas look completely built up. The Marmara Sea is also heavily polluted in places, but there are still numerous public beaches around Tekirdağ.

Most of the buildings from the Ottoman era have unfortunately been replaced by concrete buildings, just a few of the wooden houses have now been renovated or replaced by buildings of the same type in the traditional style. With the exception of the Rüstem Paşa Camii, which was built by the Ottoman architect Mimar Sinan in the 16th century, and a few narrow streets in the old town, where you can imagine life during the Ottomans, the city lacks any ancient charm. There is still one reason to visit the city: the small, cylindrical and strongly seasoned minced meat dumplings called Tekirdağ köftesi, traditionally served with sweet local cheese and semolina pudding.

The inland is mostly flat farmland with cultivation areas for winter wheat, sunflowers, cherries and grapes for wine production: of particular quality, of course, the raki, which made the Tekirdağ region famous. Until about 1990 the distilleries were state owned, today they belong to the private sector. Both industries, Raki, as well as viticulture are subject to major changes in the direction of modernization. Local red wines are expensive today and are among the best in Turkey.

The two main connections for the city are the east-west motorway (in Roman times the Via Egnatia) and the northbound motorway to Muratlı and Luleburgaz, both 4-lane.

Tekirdağ is now also the seat of the Namik Kemal University, founded in 2006, a training center with three faculties on the outskirts in the east.

We have 250 guests and no members online