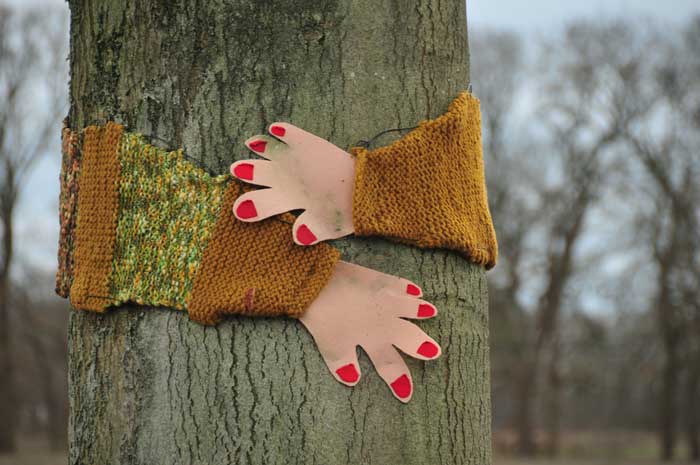 Once again, the already obligatory stop and go on the A1 near Bremen had caused us to use the highway to Wildeshausen in order to avoid staying on the highway on a large scale.

Once again, we discussed the length of construction on the highways and the question of whether it would not be much cheaper, from the macroeconomic point of view, to do at least three-shift highway construction. 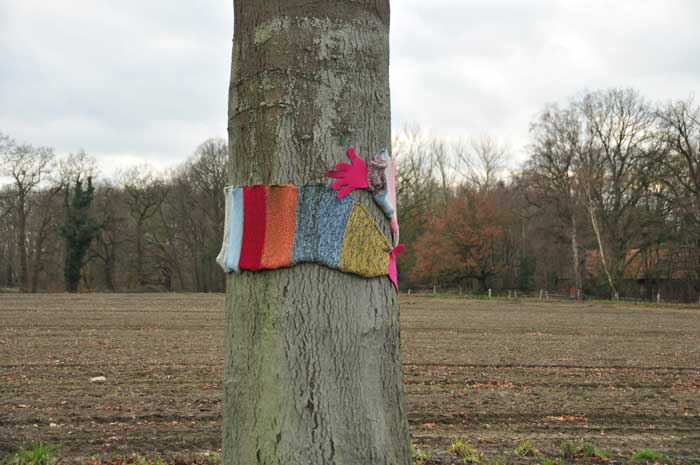 Anyway, we had arrived at the turnoff to Dötlingen, where we spontaneously followed the clue to the road of megalithic culture when we came across colorful knit scarves on the local street trees at Iserloyer Street in Hockensberg. Our interest was aroused, especially as we still felt the sometimes hard discussions about the Hambacher Forest in our ears. 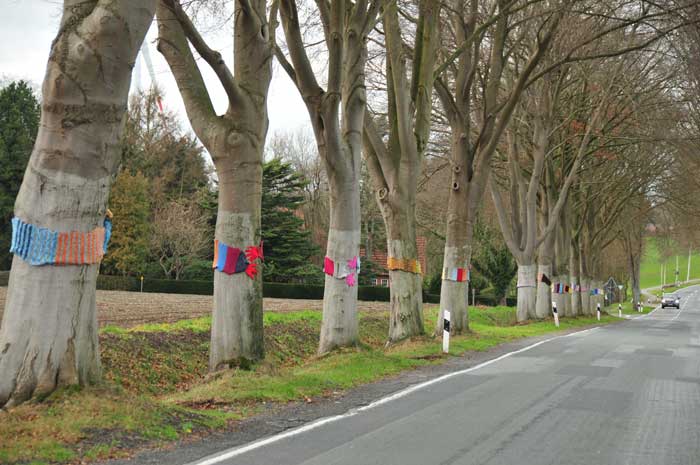 Members of the local Heimatverein, the Naturschutzbund (Nabu) Dötlingen-Wildeshausen as well as residents and other citizens supported the preservation of trees, here there are about 80 year old beech trees along the roadside. 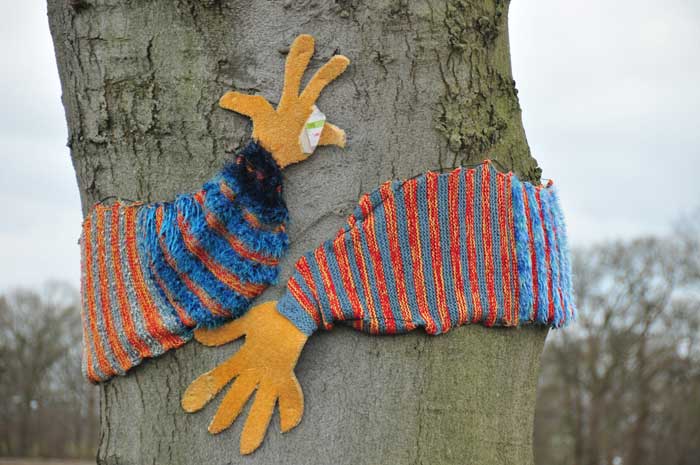 According to plans of the local authorities and according to the information we have got, an intercommunal commercial and industrial area is to be created here, whereby the rows of trees "are in the way", as the Iserloyer road (county road 237) is to be developed in the course of the planning. 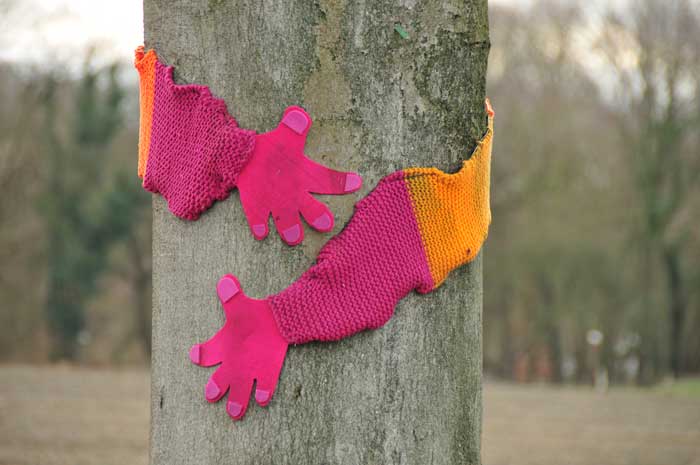 In order to make their protest visible, 25 women of the Wildeshauser handicraft group "Strickliesel" had knitted colorful scarves with their hands and put them on the trees. They were placed around the beech trees to symbolically protect them. 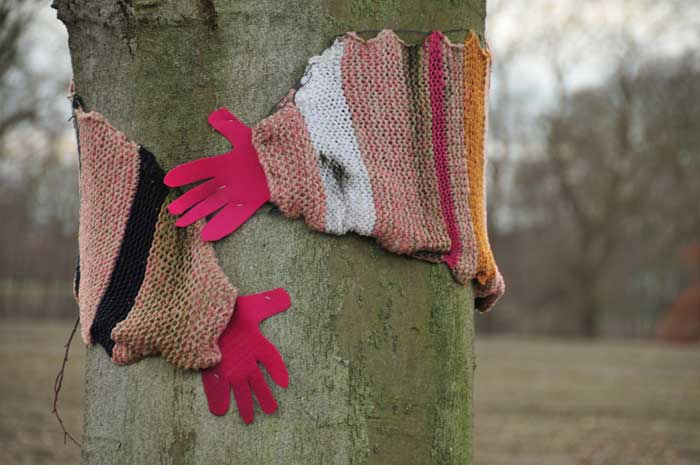 For the purpose of informing passers-by, as well as us, signs were put up on which is written: "Our village Hockensberg fights" and "No industry in Hockensberg, just agriculture". 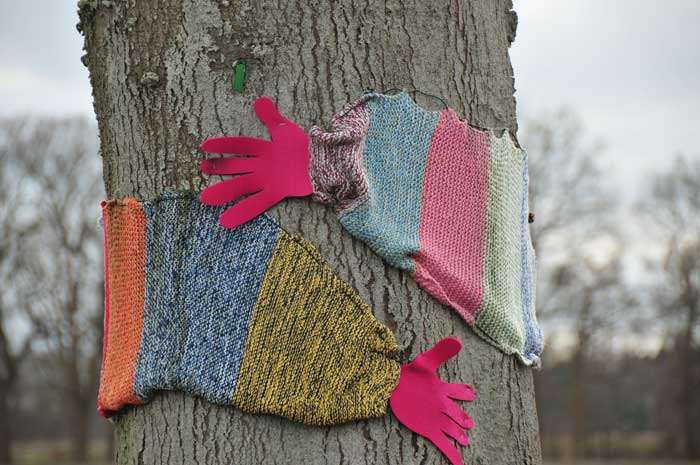 "According to our report, the trees are worth preserving if they are not further burdened," said Marianne Steinkamp from Nabu, one of the initiators of the action. "The trees have the potential to offer habitats to various cave dwellers, they can be habitat trees." Felling the trees is accordingly a massive intervention into nature. 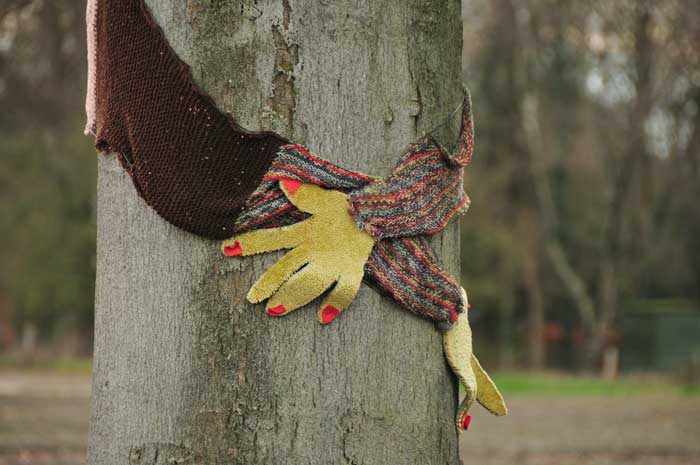 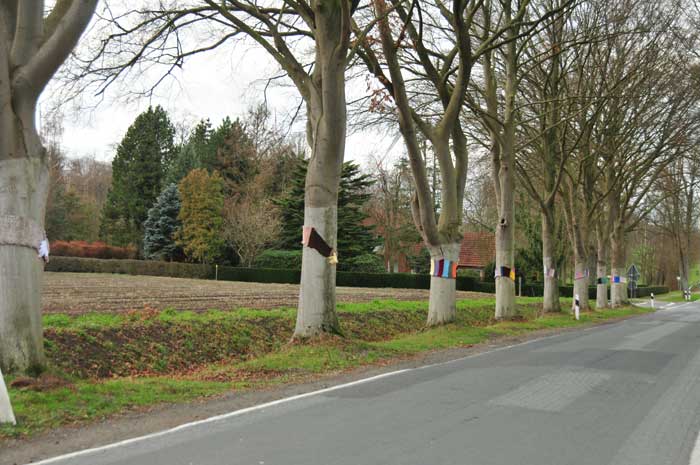