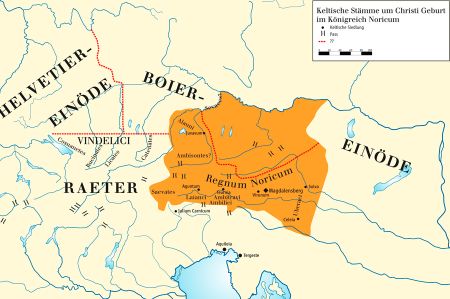 In his work, created around the middle of the 2nd century AD, Ptolemy calls the mountains between Pannonia and Norikum "Ketion oros".

The scholar understood this to mean the eastern fall of the Alps, including the area of ​​the Vienna Woods. The name researcher Walter Steinhauser (Steinhauser was professor for Germanic language history and antiquity at the University of Vienna from 1934 to 1945) attributes this to the Celtic word "Ketios" – forest mountain. For the northwestern slope, Steinhauser takes the Celtic name "Komagenos" (Komagenic mountain), which is likely to be derived from the Celtic name of the Tulln field: Comagion - Gefilde, from Celtic "magos", the field.

The first traces of settlement date from the early Neolithic 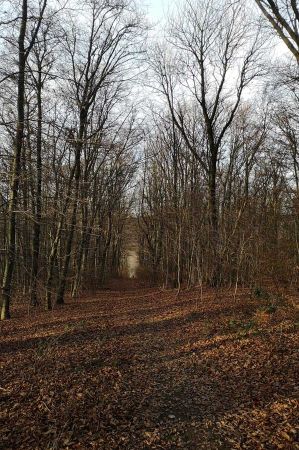 The Vienna Woods have been inhabited by humans since prehistoric times. As early as the Young Neolothic (2200-1800 BC) there were Neolithic pits on the Simonsberg in the municipality of Weidlingbach, which were discovered in 1914 when digging trenches.
A settlement from Central Hallstatt existed on the Kumenberg near St. Andrä-Wölker. The Veneto-Illyrians - an Indo-European tribe from the Mediterranean region - were strongly influenced in the years approx. 500 - 300 BC by the Celts advancing to the east - an Indo-European tribe from Western Europe.
The Celts, who had settled the region around Vienna since the second century BC, came into contact with Roman merchants and soon with Roman foreign policy through trade on the ancient trade routes, too. Roads in the actual meaning of the word were first given to the wooded area around Vienna by the Romans, the masters of road construction in antiquity. From east to west they built the Danube Limes as the empire's great military route. The section from Carnuntum via Vindobona - Cannabiaca (Klosterneuburg) - Comagenae (Tulln) avoided the Greifensteiner Enge, which was endangered by the river Danube, and led through the Kierlingtal - the bottom of the valley itself was avoided - over the saddle from Gugging (Citium) to Comagenae.
The alliance between the two states, which was made ever closer by the Celts due to the constant unrest and threats of war (advance of Germanic peoples), finally led on the annexation of the Kingdom of Norikum by the Romans in 15 BC. The routes in this area, which were of great military, administrative, traffic-technical and economic geographical importance, remained largely unchanged even in the post-Roman period. 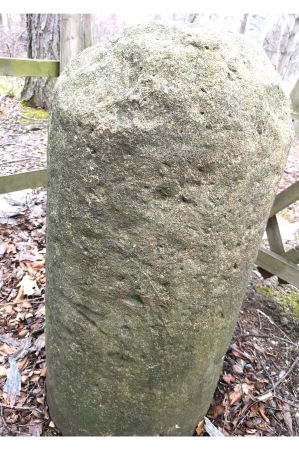 The Tullnerfeld had gained military importance in the second century, Tulln itself was an important transition point across the Danube in the third century, a trading center and naval base, so to speak. Part of this important connecting road ran (according to E. Polaschek) on the edge of the mountains via St. Andrä to Königstetten, from where a connection led over the Scheiblingstein, the Exelberg and along the Alserbach to Vindobona. Three hundred meters south-east of the Hotel Scheiblingstein there is still a Roman stone, about which Julius Caspart reports the following: On May 16, 1935, the Central Office for Monument Protection in the Federal Ministry of Education under the direction of Professor Dr. Georg Kyrle examines the stone. The stone does not show any inscriptions or signs.
The stone is called "meilenstein" in the Passau Urbar (approx. 1324), in the Banntaiding zu Wildenhag (1454) "Meylstain im Walt", in the banntaiding zu Greifenstein and Altenberg (1581) "Milestone in the Walt", in the Banntaiding zu Mukkendorf ( 1613) "Meelstain in walt", in the Wolfpassinger legal book (15th / 16th century) "Meilstain im walt", in the legal book of Werdern (1555) "Meilstain im wald" and in the description of the Königstetten rent office (17th century). ) "Scheibling or milling stone".
From this it can be seen that the Scheiblingstein was considered a Roman milestone as early as 1324, which it probably is. The attempt was unsuccessful to find a Roman road between the stone and Exelbergstrasse. A cursory examination revealed no Roman road. It is questionable whether the Roman Exelbergstrasse even had a gravel surface on the grown flysch ground.
Polaschek assumes that the Scheiblingstein was built in the Valentine period - the last quarter of the 4th century. - was set up. Anyone who wants to declare the Scheiblingstein post-Roman due to the lack of a carved inscription should prove who could have erected such a stone after the fall of the Roman Empire, which was mentioned as a milestone as early as 1324. This milestone, which in the Middle Ages was popularly known as "the disk-shaped" - the round one - should have the name against the Scheiblingstein mountain. (A. Schachinger "The Vienna Woods").