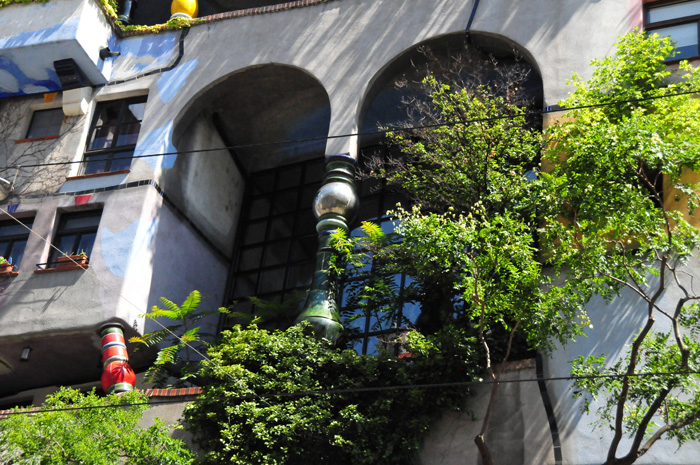 Despite several visits, a part destination of our tour through Vienna once again was the house of planner and artist Friedensreich Hundertwasser, where there are still new details to discover in his fascinating architecture. 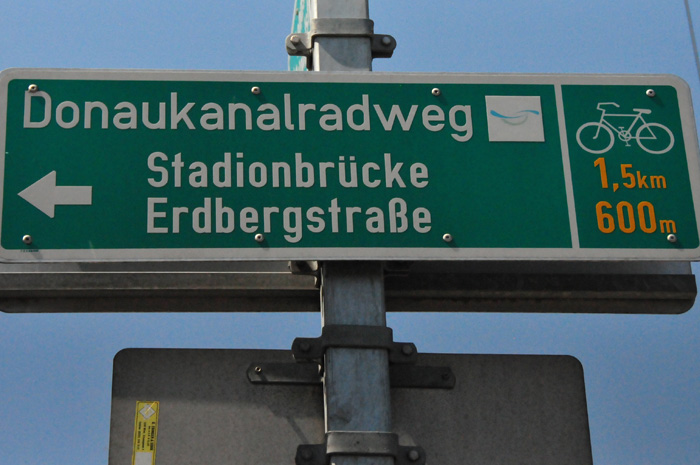 From the Danube Island, this time along the Danube canal cycle path, which is accompanied by main roads, but so high above the Danube Canal, that the traffic noise is not effecting you too much. 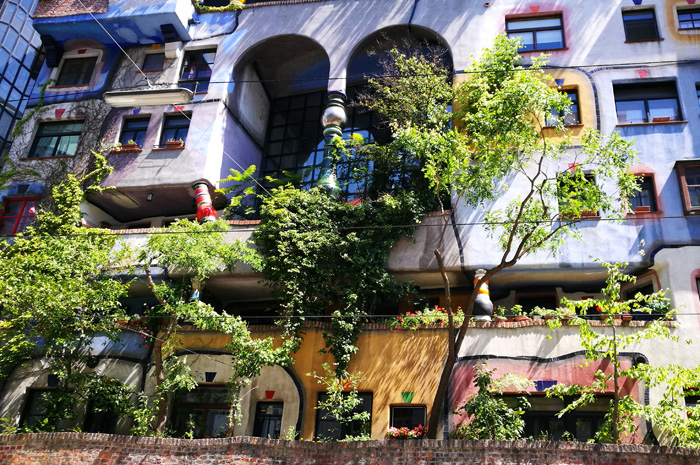 Even the first glance at the main facade of the residential building shows the serious differences in the way of thinking and construction of the building, so there is the greenery of bushes and trees not only on the roof, but also on balconies and balustrades, with the interesting and elaborate colored façade design in rich green. 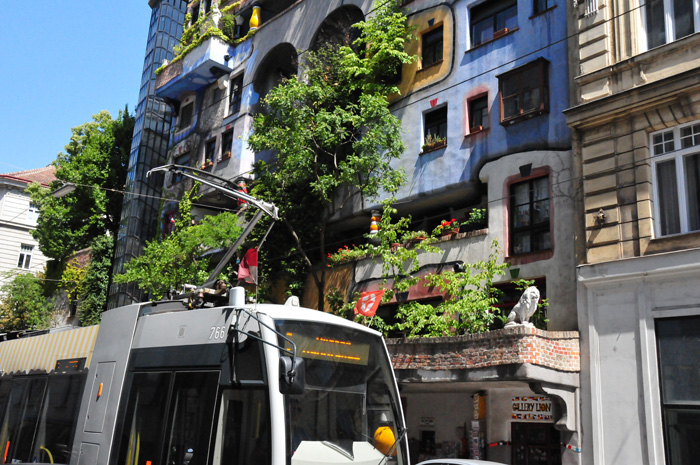 These impressions are still supported by the color-framed window reveals, which are sometimes applied almost in amateur style, with the trapezoidal centering points in the windows centers. 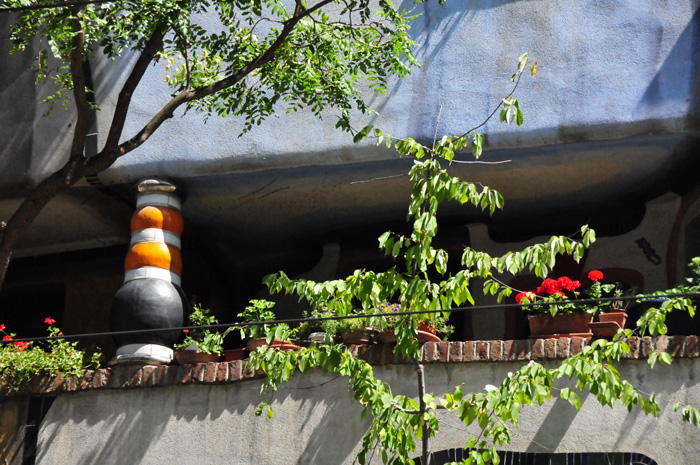 Also the use of such different building materials as the round and curved plastering works, which are perforated by clinker rows, then the columns with color-striking lasing, which also seperating the facade surface. 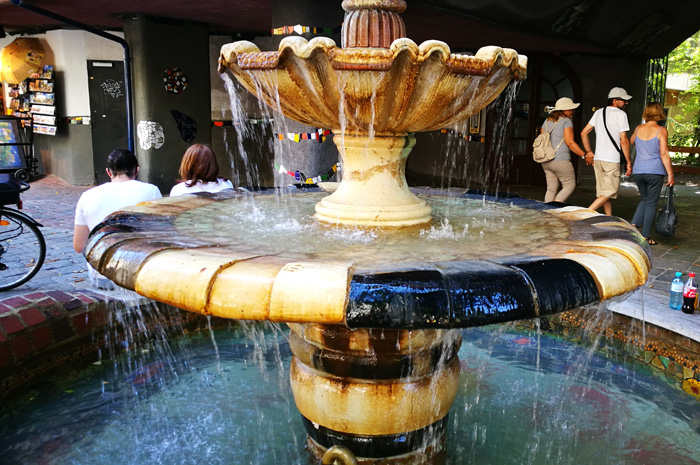 In the center of the living area is a fountain made of glazed tiles with a clinker and mosaic basin, which, by its very nature, animated the visitors to sit down. 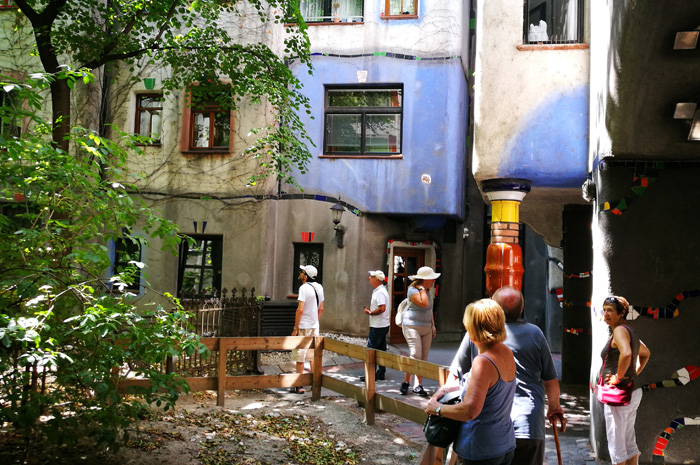 Here, too, load-bearing columns are lined with variegated glazed tiles, mosaic strips inserted loosen the façade in such a way that almost a separating effect seems possible, indeed the impression arises, here also the inner spatial division can be recognized. Surprisingly pleasant all round "building corners". 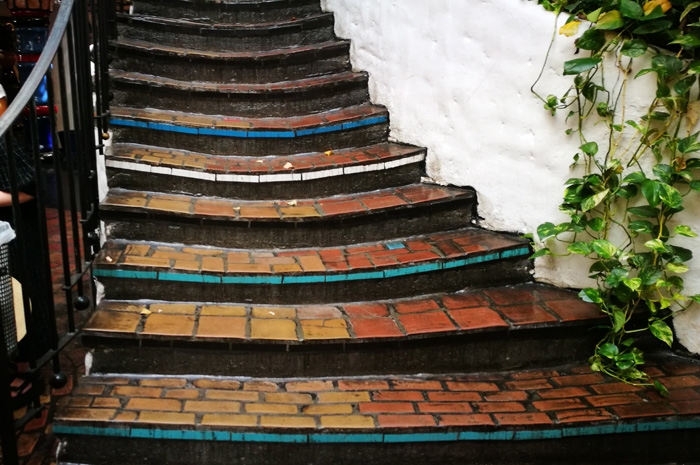 One could almost feel the idea of encountering a staircase being too often used, which does not only appeal to many architectural guidelines, but is itself a work of art. Round in the stepped depth, slightly curved in the middle, it is nevertheless good to commit. Perhaps thats why this deliberate imperfection is so strong in our attention. 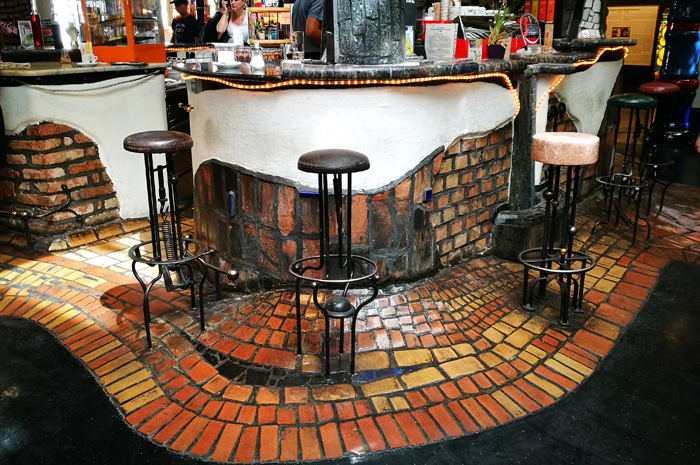 The bar area, which is located in the middle of the room, is a dream in itself, the so-called chair elements so well placed, including the glazed clinker elements, which are loosened by tiles. A watercourse along the columns, which disappears crossing the counter into the floor - simple ideas and facets. 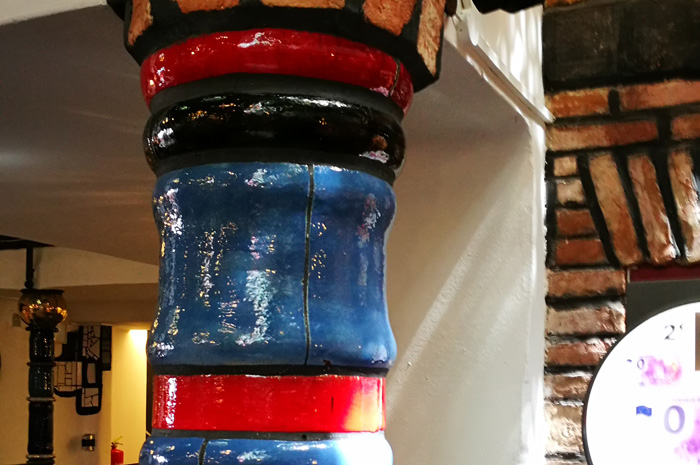 The glazed tiles of the columns suggest craftsman ship, not industrial wares. 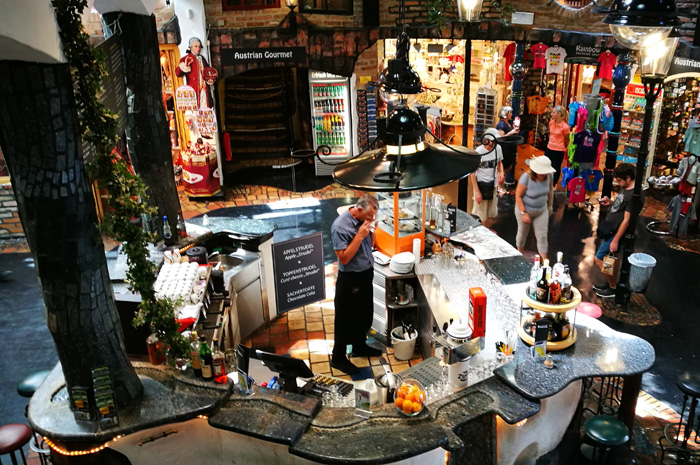 Another view of the bar and counter area with its watercourse, the small but fine seating niche, where you can almost notice the hustle and bustle of the visitor despite the integration into streams of tourists. The Hundertwasserhaus once again showed a few facets which have so far been neglected.